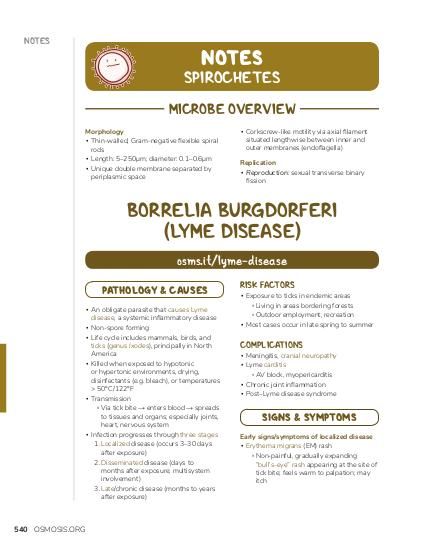 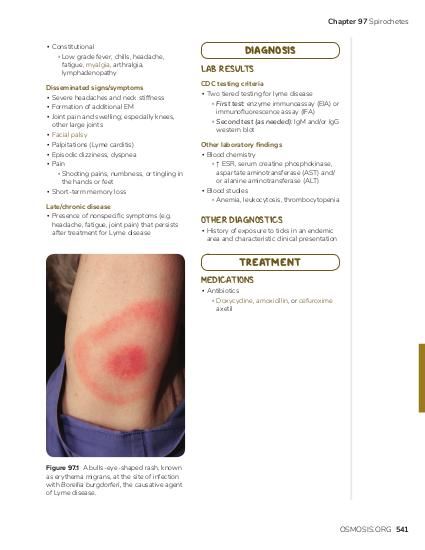 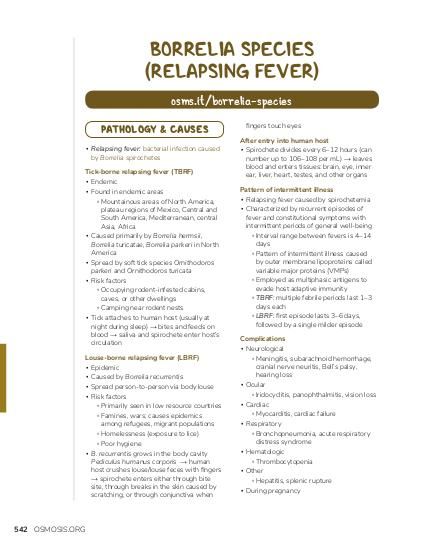 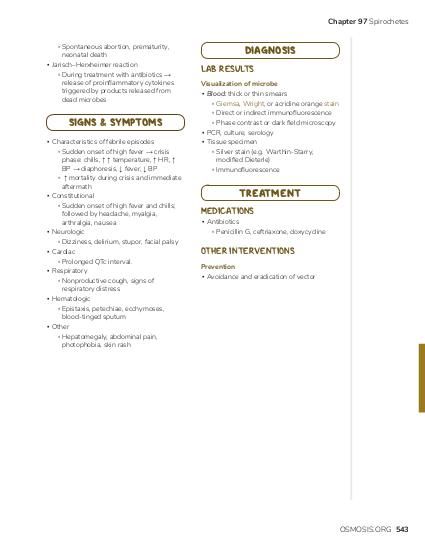 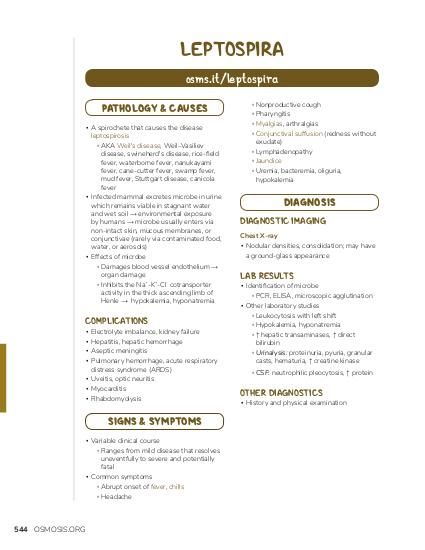 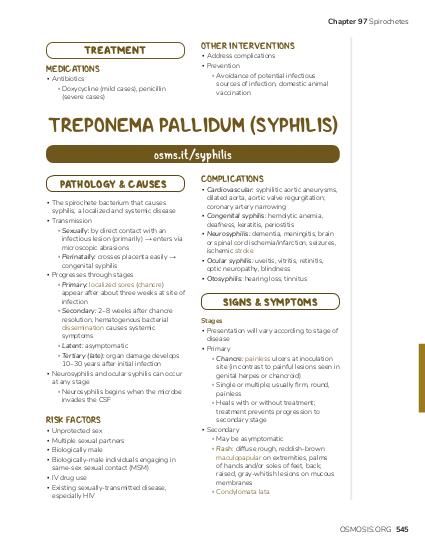 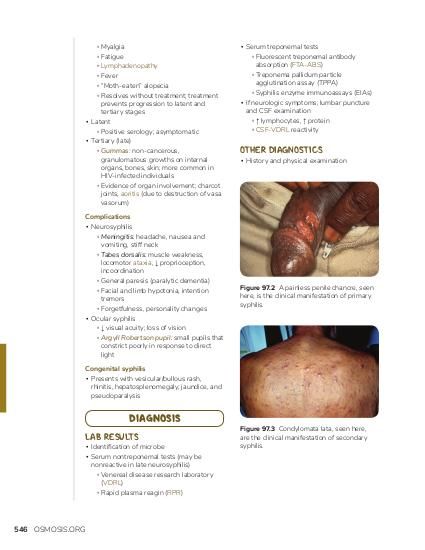 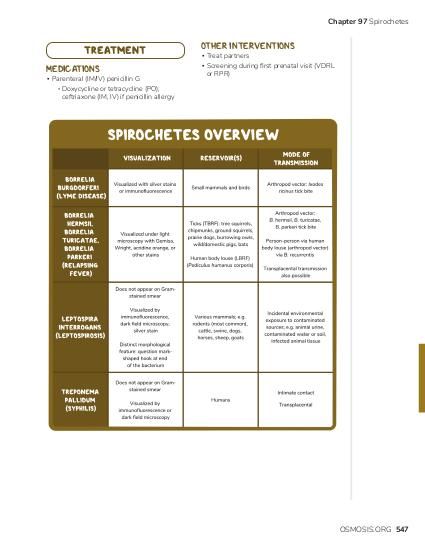 A 58-year-old woman presents to the clinic with a history of fever and painless genital lesions that she first noticed a week ago. Two months ago, she was treated for a urinary tract infection with oral nitrofurantoin. She lives in New Hampshire and goes hiking in the woods often. The patient is sexually active and began a relationship with a new partners six months ago. They use condoms inconsistently. Past medical history is significant for an episode of cervicitis and pelvic inflammatory disease in her teens. Temperature is 37.7°C (100°F), pulse is 99/min, respirations are 20/min, and blood pressure is 120/75 mmHg. Physical examination reveals diffuse cervical lymphadenopathy and a maculopapular rash over the trunk, abdomen, and extremities, including the palms and soles of the feet. The abdomen is soft and nontender. An image of the initial genital examination is demonstrated below.

The patient is started on appropriate pharmacologic treatment, but she returns to the clinic two days later after experiencing a continued fever plus chills, headaches, myalgias, and worsening of the maculopapular rash. Which of the following is the most likely diagnosis? 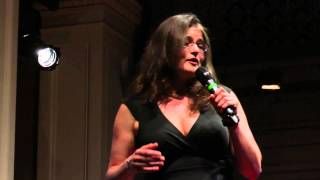 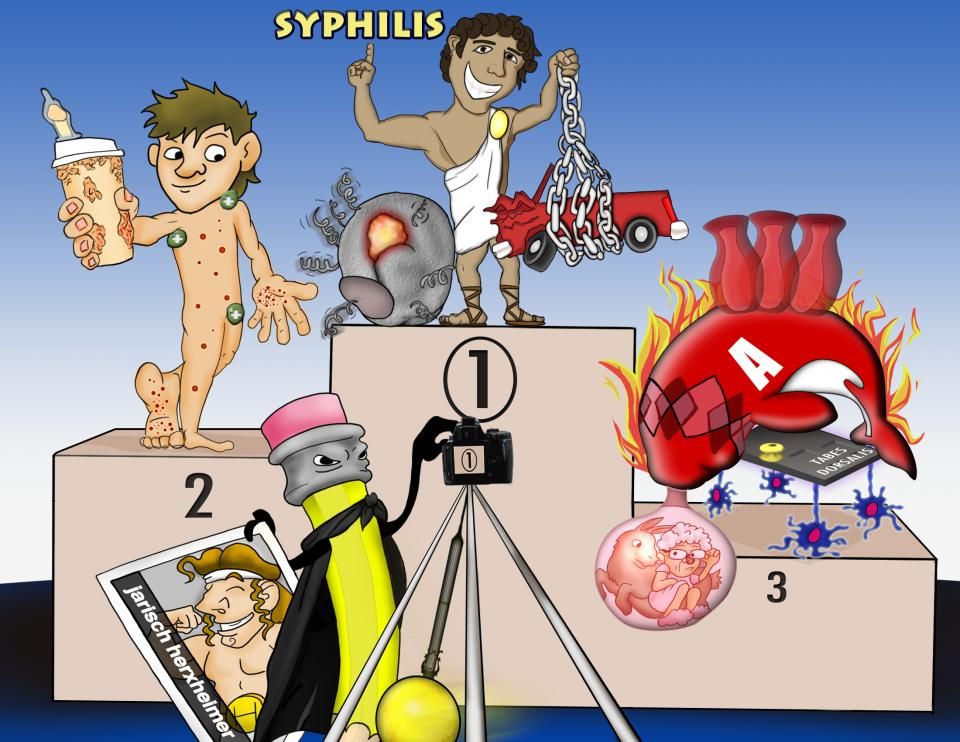 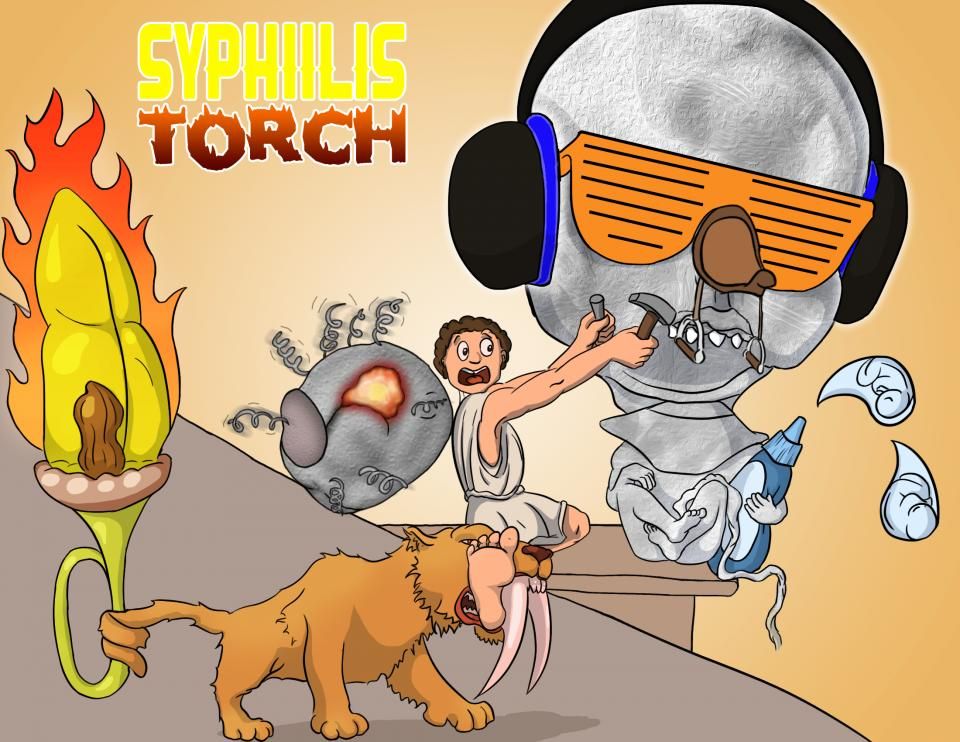 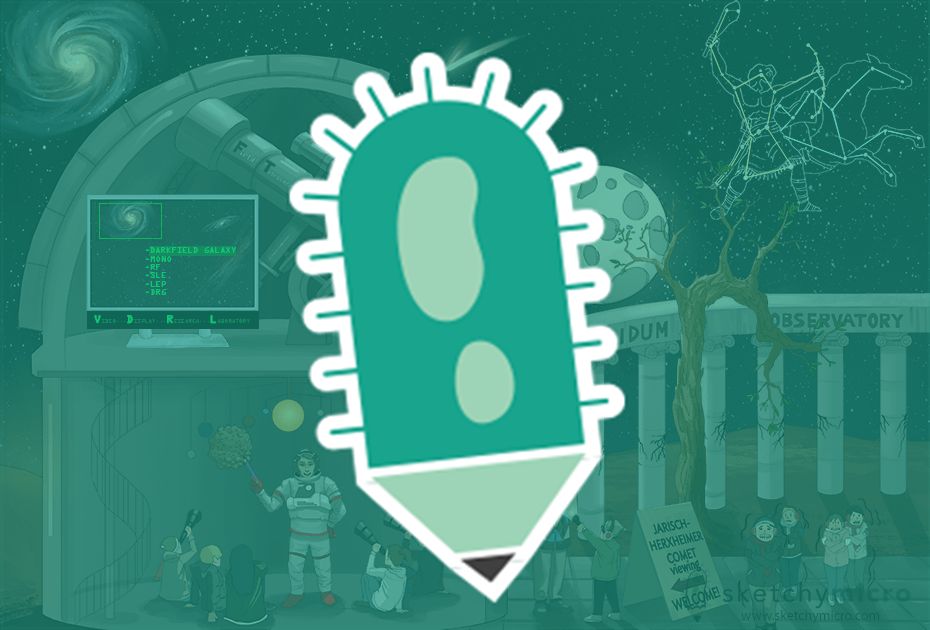 You might know T. pallidum because it causes syphilis, a sexually transmitted disease that affects the skin and mucous membranes of the external genitalia, and also sometimes the mouth.

Treponema pallidum is an obligate parasite bacteria, meaning it can't survive outside a living body. To be more specific, outside of a human being's body. They belong to a group of bacteria called spirochetes, which are long and thin, and contain endoflagella, which are a band of protein filaments that coil within the spirochetes, and give them a spiral shape - kind of like a curly fry, but a little less appetizing. The endoflagella also help the spirochetes to move around by spinning or twisting, a bit like a drill that’s slowly boring into a piece of wood.

It can also happen when people share contaminated needles, or when they have direct contact with a skin lesion on an infected person, because the lesion is covered in this fluid which is rich in spirochetes. The second way is called congenital syphilis and that’s when a pregnant person has syphilis and Treponema pallidum infects a baby either in the uterus or while the baby exits through the vagina at birth.

During this stage, the spirochetes destroy the soft tissue and skin wherever they enter the body, and that results in the formation of ulcers called syphilitic chancres. A syphilitic chancre is painless - and you can remember that by dropping in a “u” to make it chan”cure” like you’re “cured” of the pain. These chancres have a hard base, raised borders, and are usually covered by a fluid rich in spirochetes, and this can spread to other parts of the body as well as to other individuals.

Syphilitic chancres typically heal on their own over a few months, but during that time, some spirochetes go to nearby lymph nodes where they cause lymphadenopathy, which is lymph node enlargement, and then they get into the lymph and finally into the bloodstream. If syphilis is acquired through something like a blood transfusion, then there may not be any early localized stage at all and no primary chancre.

The second stage is secondary syphilis, or the dissemination stage, and it occurs about 6 to 12 weeks after the infection. During this stage, spirochetes enter the bloodstream, which is called spirochetemia, and this causes generalized lymphadenopathy, which is when spirochetes can be found in lymph nodes throughout the body.

The spirochetes like to attach to and infect endothelial cells in small capillaries near the skin. This causes a non-itchy maculopapular rash, which are small bumps that are either flat or raised. The rash starts on the trunk and spreads out to the arms and legs and eventually to the palms, soles, genitalia, and other mucous membranes.

After secondary syphilis is a latent phase called latent syphilis. This is when the disease enters a dormant or asymptomatic phase. During this phase, the spirochetes can mostly be found in the tiny capillaries of various body organs and tissues. Latent syphilis can be further divided into an early phase and a late phase.

Early latent syphilis occurs within a year of infection, and during that time the spirochetes can re-enter the blood - so this means that during early latent syphilis they can still be found circulating in large numbers in the blood, causing symptoms of secondary syphilis. However, the late latent phase is generally after a year, and that’s because the spirochetes generally stay within the tiny capillaries of various body organs and tissues.

As it turns out, only a few spirochetes are actually found in the capillaries of tissues and organs, but there is a severe immune response—so severe that it causes tremendous damage to the cells there. And that triggers the next phase which is tertiary syphilis.

Summary
Syphilis is a sexually-transmitted disease caused by the bacterium Treponema pallidum. There are 3 stages. Primary Syphilis is characterized by localized disease with a painless chancre in the genital region. Secondary Syphilis is characterized by disseminated disease, constitutional symptoms, rash on hands and soles, condyloma lata, lymphadenopathy, and patchy hair loss. Tertiary Syphilis consists of gummas, neurosyphilis with tabes dorsalis and Argyll-Robertson pupils. Congenital syphilis is a subtype in neonates acquired from the mother in the second and third trimesters of pregnancy, that presents with facial anomalies like snuffles, a saddle nose, Hutchinson teeth, mulberry molars, short maxillae, saber shins, and deafness due to a cranial nerve VIII palsy. Diagnosis is with VDRL or RPR, and is confirmed with FTA-ABS. Treatment is with penicillin G.
Feedback