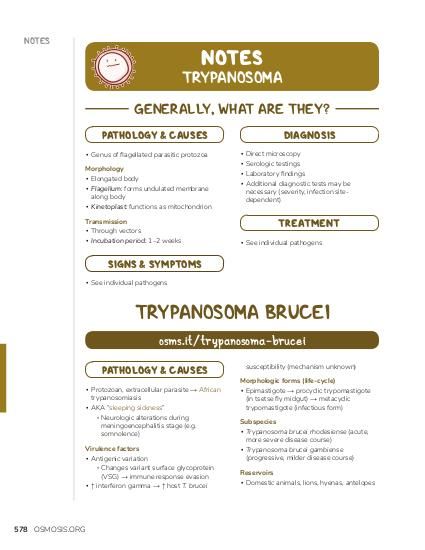 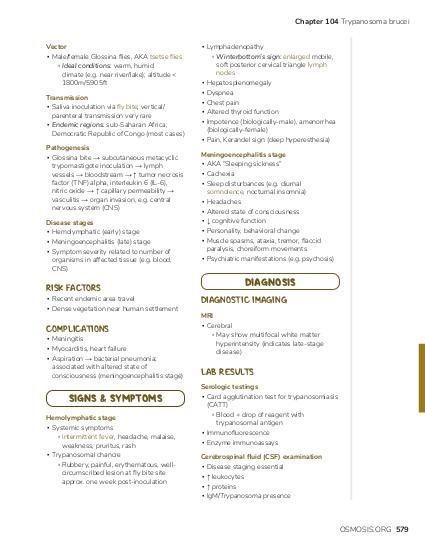 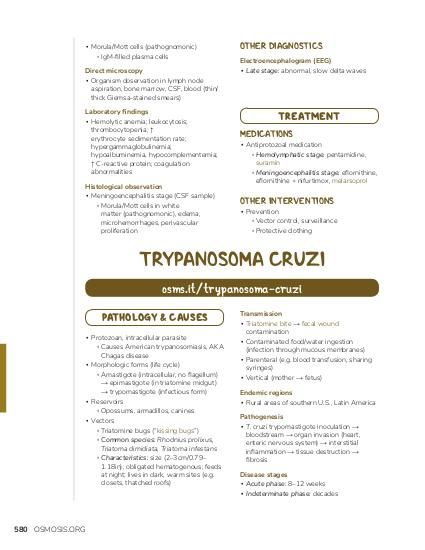 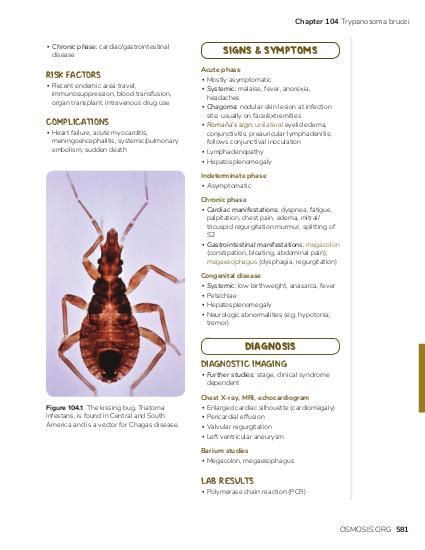 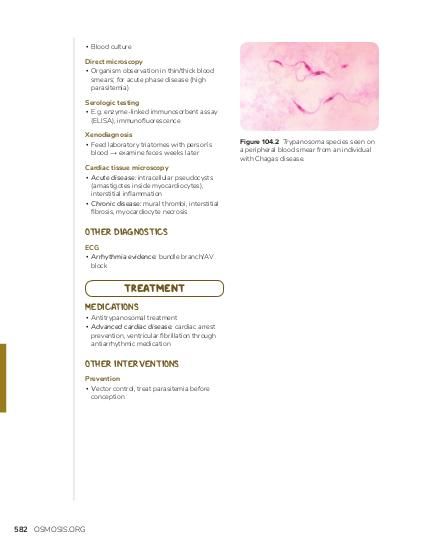 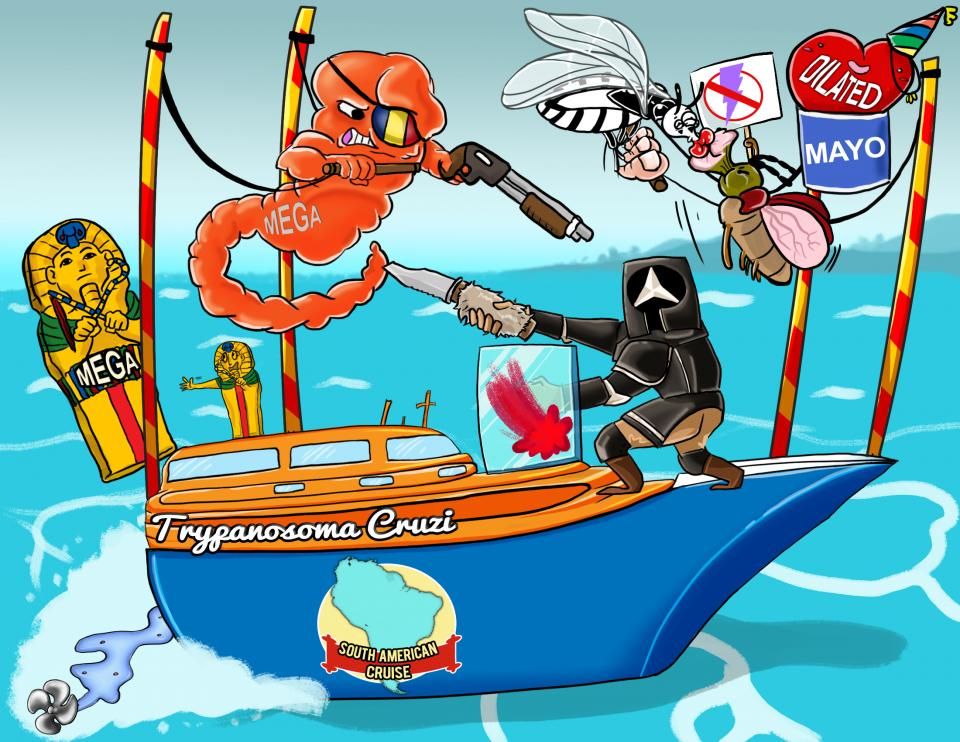 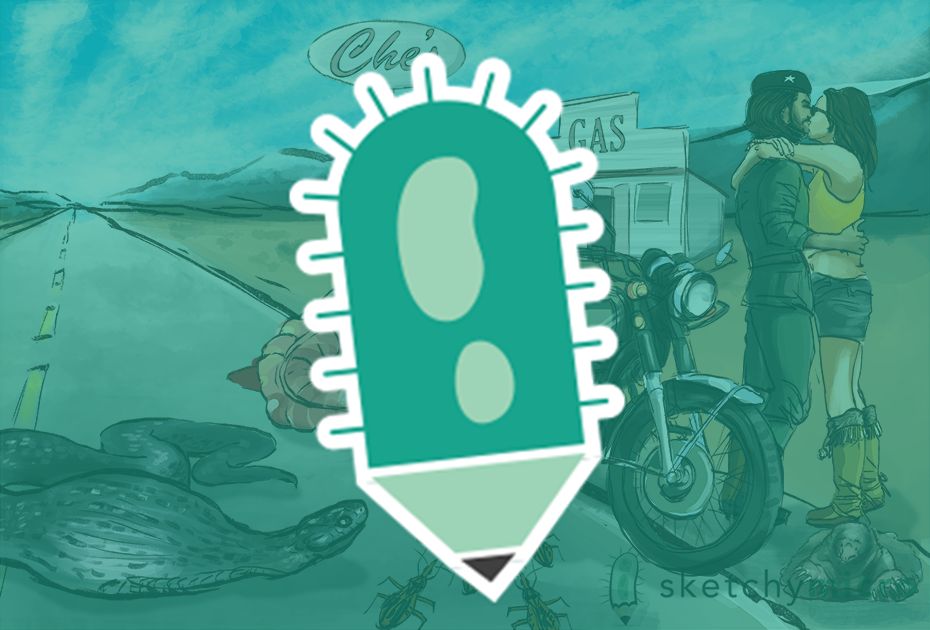 Summary
Chagas disease is a tropical parasitic disease caused by the protozoan Trypanosoma cruzi. It is spread by Reduviid bug feces, which are deposited via a painless bite. Early stage symptoms are typically either absent or mild, and may include fever, swollen lymph nodes, headaches, or local swelling at the site of the bite. After 8–12 weeks, individuals enter the chronic phase of disease and in 60–70% it never produces further symptoms. The other 30 to 40% of people develop further symptoms 10 to 30 years after the initial infection, including enlargement of the ventricles of the heart in 20 to 30%, leading to heart failure. An megaesophagus or megacolon may also occur in 10% of people. Some people develop an acute initial infection, with a characteristic unilateral periorbital swelling (Romana sign). Diagnosis is by blood smear, which shows trypomastigotes. Treatment is with nifurtimox or benznidazole.
Feedback