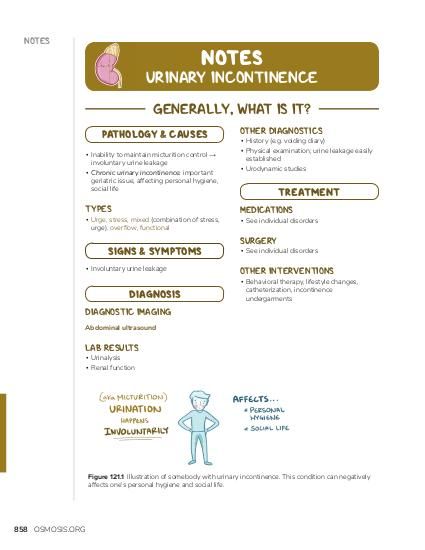 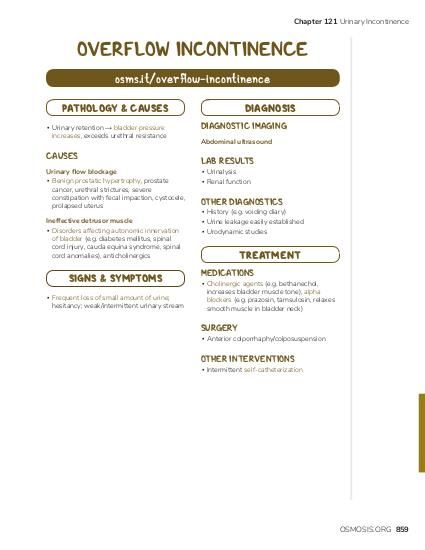 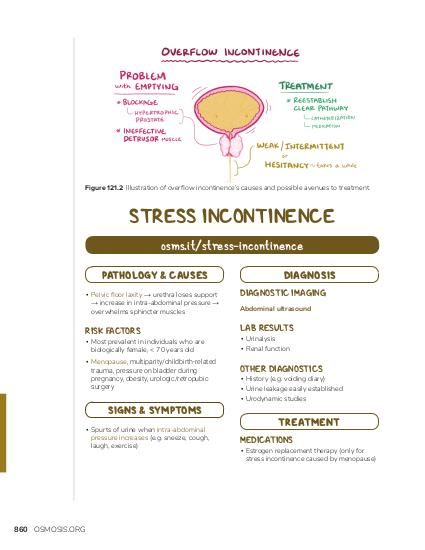 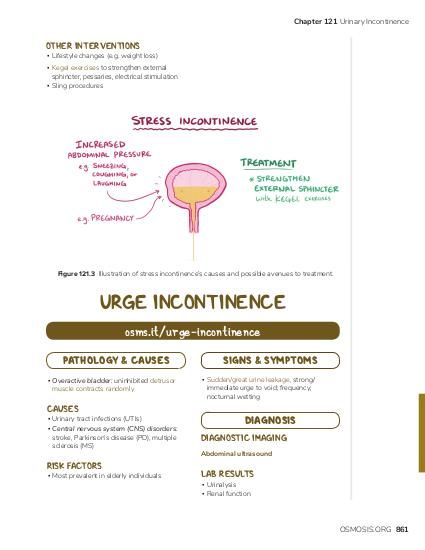 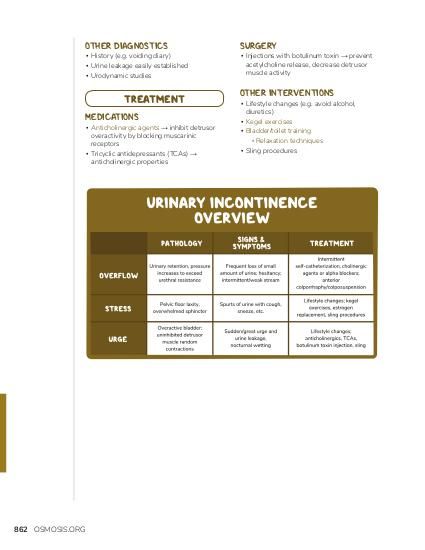 Dementia secondary to commonly presents with a classic triad of urinary incontinence, gait instability and dementia due to distortion of the corona radiata.

A 64-year-old postmenopausal woman comes to the gynaecology clinic because of urinary incontinence for 2 years. She says that she is "having trouble holding my urine." On further questioning, she says that whenever she coughs, sneezes, or laughs urine leaks out. Otherwise, she is able to make it to the bathroom without a problem. She has 5 children, and all were born by normal vaginal delivery. Pelvic examination is noncontributory. Which of the following is the most likely diagnosis? 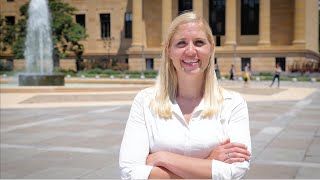 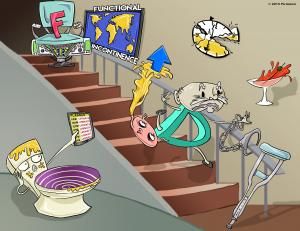 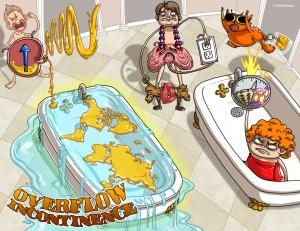 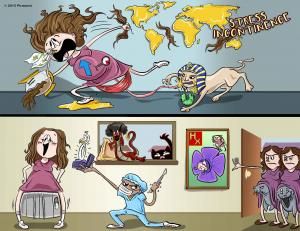 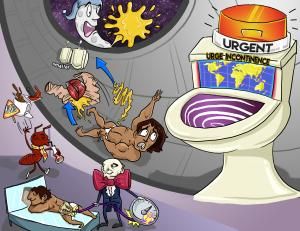 Urinary incontinence is a problem where the process of urination, also called micturition, happens involuntarily, meaning that a person might urinate without intending to.

Urinary incontinence is particularly problematic because it affects a person’s personal hygiene as well as their social life in a way that can be very limiting.

The bladder is able to expand and contract because it’s wrapped in a muscular layer, called the detrusor muscle, and within that, lining the bladder itself is a layer of transitional epithelium containing “umbrella cells”. These umbrella cells get their name because they physically stretch out as the bladder fills, just like an umbrella opening up in slow-motion. In a grown adult, the bladder can expand to hold about 750ml, slightly less in women than men because the uterus takes up space which crowds out the bladder a little bit.

Alright, so when the urine is collecting in the bladder, there are basically two “doors” that are shut, holding that urine in. The first door is the internal sphincter muscle, which is made of smooth muscle and is under involuntary control, meaning that it opens and closes automatically. Typically, that internal sphincter muscle opens up when the bladder is about half full.

The second door is the external sphincter muscle, and it’s made of skeletal muscle and is under voluntary control, meaning that it opens and closes when a person wants it to. This is the reason that it’s possible to stop urine mid-stream by tightening up that muscle, which is called doing kegel exercises.

Once urine has passed through the external sphincter muscle, it exits the body—in women the exit is immediate and in men the urine flows through the penis before it exits.

So when specialized nerves called stretch receptors in the bladder wall sense that the bladder is about half full, they send impulses to the spinal cord, specifically the sacral spinal cord at levels S2 and S3, known as the micturition center, and the brain, specifically two locations in the pons—the pontine storage center and pontine micturition center.

It also decreases motor nerve stimulation to the external sphincter allowing it to relax as well.

Now, there are a few types of urinary incontinence. The first is urge incontinence, which is when someone has a sudden urge to urinate because of an "overactive bladder", followed immediately by involuntary urination. This is typically due to an uninhibited detrusor muscle that contracts randomly. This usually results in frequent urination, especially at night.