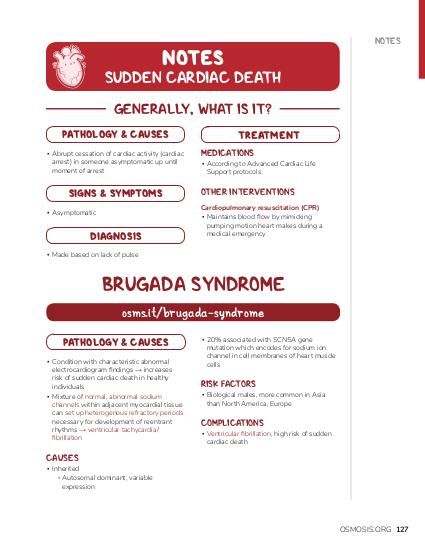 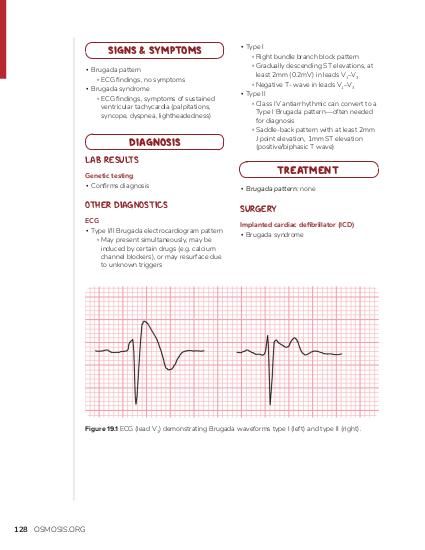 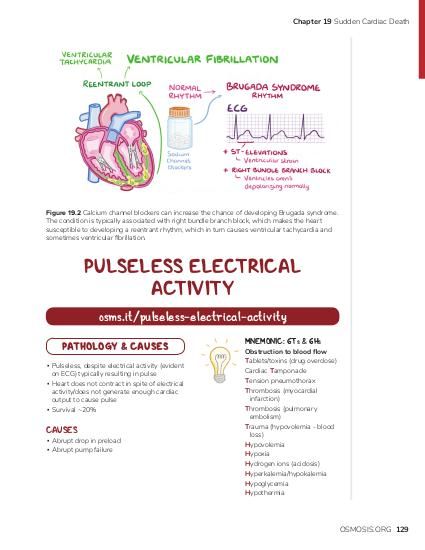 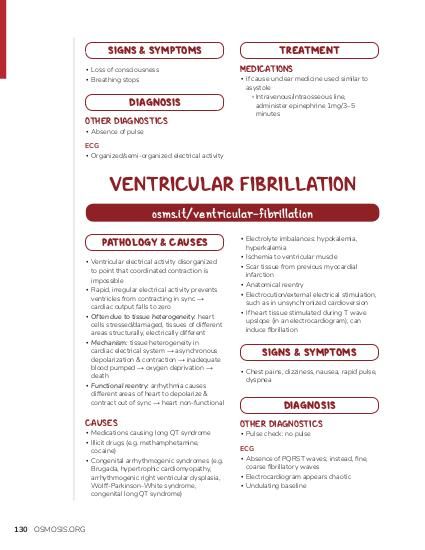 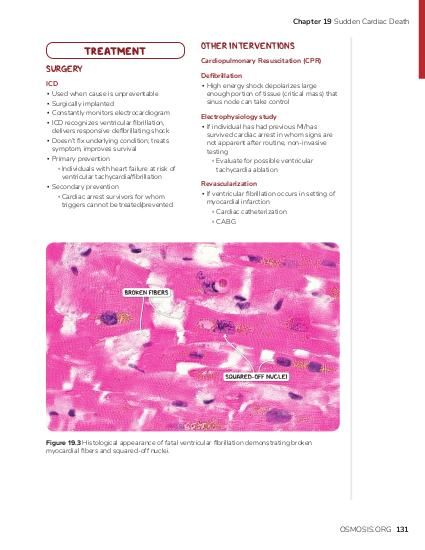 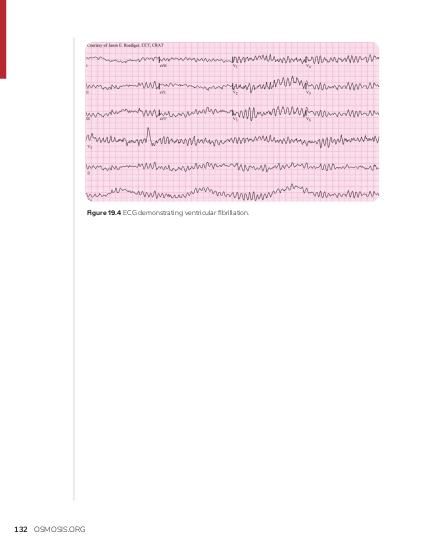 A 67-year-old male presents to the emergency department after a confirmed cardiac arrest in the field. Per EMS, the patient was found down by several bystanders without a pulse, and CPR was initiated immediately. The patient has no past medical history and is not on any medications. He is currently without a pulse, and CPR is ongoing. His 12 lead electrocardiogram is demonstrated below:

The patient is shocked multiple times and dies despite resuscitation efforts. Post-mortem analysis is most likely to demonstrate which of the following as the etiology of this patient’s clinical presentation?

Summary
Ventricular fibrillation is a condition in which there is uncoordinated contraction of the cardiac muscle of the ventricles in the heart, making them quiver rather than contract properly. Ventricular fibrillation is the most commonly identified arrhythmia in cardiac arrest patients. This condition results in cardiogenic shock and cessation of effective blood circulation. As a consequence, sudden cardiac death will result in a matter of minutes.
Sources
Feedback