A 4-year-old girl presents to the emergency department with abdominal pain, diarrhea, and fatigue. The patient was in her usual state of health until yesterday afternoon, when her family returned home from a barbeque. The patient is otherwise healthy and takes no medications aside from amoxicillin for a recent episode of otitis media. According to her parents, the patient’s urine has looked “darker” than usual. Temperature is 39.0°C (102.2°F), pulse is 115/min, respirations are 22/min, and blood pressure is 100/70 mmHg. Physical examination demonstrates a pale appearing girl with diffuse abdominal tenderness to palpation, delayed capillary refill, and gingival bleeding. Multiple tiny, brownish-purple, blanchable spots are noted under the skin. Which of the following laboratory findings are most consistent with this patient’s disease process? 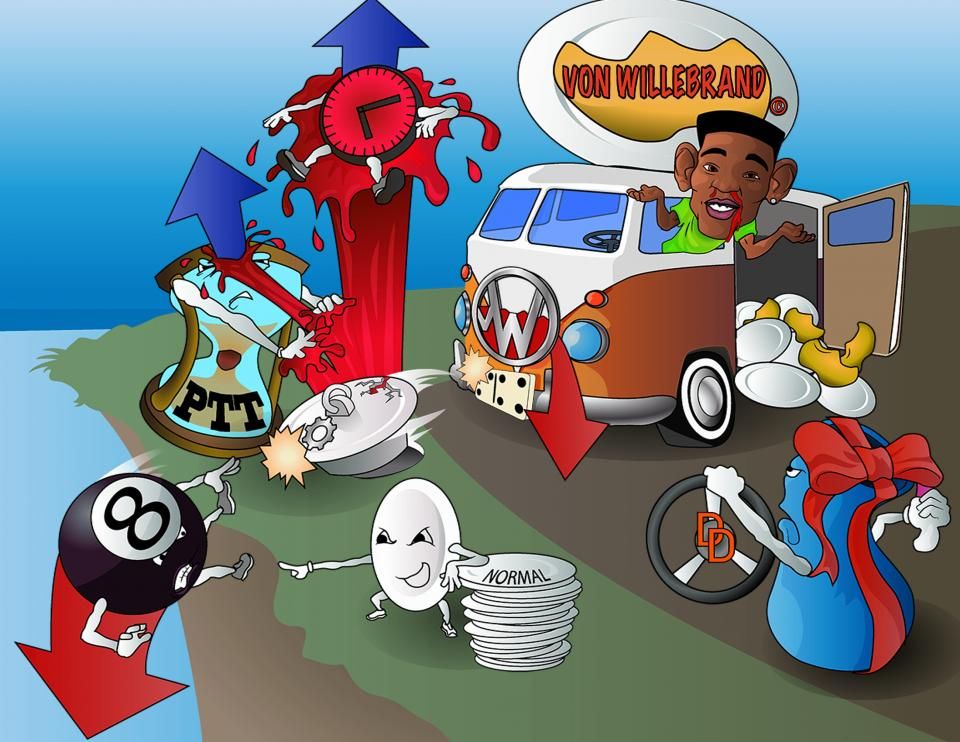 Von Willebrand disease is a bleeding disorder caused by a deficiency in the quantity, or the quality of von Willebrand factor, a plasma glycoprotein that plays a key role in forming blood clots needed to stop bleeding. The disease was named after Erik Adolf Von Willebrand, a Finnish physician who first described it in 1924.

Alright, when there is a bleeding injury to a blood vessel, histamine and thrombin stimulate the local endothelial cells and megakaryocytes to release the von Willebrand factor into the bloodstream.

After its release, it attaches to the exposed collagen fibers located in the wall of an injured blood vessel, where it serves as a glue-like substance that sticks to platelet receptors known as glycoprotein 1b or simply Gp1b.

Within the bloodstream, more of von Willebrand factor start to bind more platelets together into kind of a mass, over which fibrin fibers deposit forming a clot needed to plug the injured vessel, and thus stop bleeding.

In addition to binding platelets together, von Willebrand factor also binds and carries factor VIII. Factor VIII plays a major role in the blood clot formation process, and to work well, it is supposed to be bound to the von Willebrand factor, because in this case it is protected from early degradation by protein C, and S, which would remove it from the circulation before it does its job.

Now in von Willebrand disease there isn’t enough working von Willebrand factor to help with platelet adhesion and to bind and carry factor VIII, both of which makes it really hard to stop bleeding.

Von Willebrand disease type I is the most common, making up 75 percent of all cases. It is autosomal dominant, meaning that a mutation in only one allele results in insufficient, or even defective production of von Willebrand factor.

In von Willebrand disease type II, the quantity of von Willebrand factor might be enough, but the problem becomes the quality. The type II is divided into four subtypes on its turn, which are type II A, type II B, type II M, and type II N.

In both type II A and type II M, von Willebrand factor attaches well to the subendothelial collagen and factor VIII, but it is unable to properly bind the platelet together to form a plug needed to stopper a hole in a bleeding vessel. So, in this case, it's like a fake glue that can’t hold things up.

In type II B, von Willebrand factor binds platelets in the bloodstream. It is like the glue is too sticky, binding platelets everywhere even where there is no injury.

This causes large bundles of platelets to form in the bloodstream, which are taken out by the spleen and the liver, resulting in a low platelet count... another risk for bleeding.

In type II N, it binds both the subendothelial collagen and platelets well, but it poorly binds to factor VIII. So the factor VIII starts being degraded quickly, thus causing its levels in the bloodstream to fall, which also increases the risk for bleeding.

The rarest, but also the most severe type of von Willebrand disease is type III. It is an autosomal recessive disorder, meaning that both alleles must be defective to have symptoms.

Because both alleles are affected, people with type III von Willebrand disease present with virtually no von Willebrand factor in their bloodstream, making the disease very severe.

This can be due to several physiologic disturbances that happen in other diseases, such as some autoimmune disorders like systemic lupus erythematosus, where the body produces antibodies against self-antigens including von Willebrand factor, destroying it, and causes its levels in the bloodstream to drop.