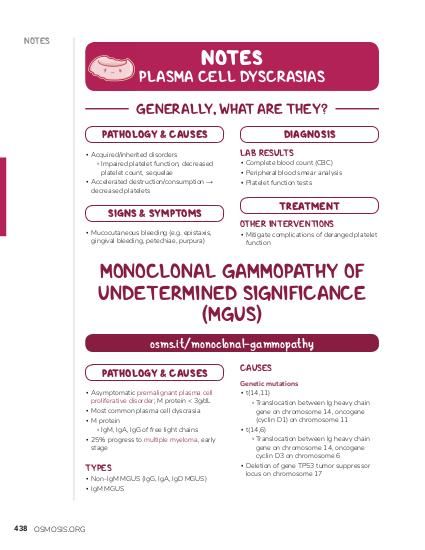 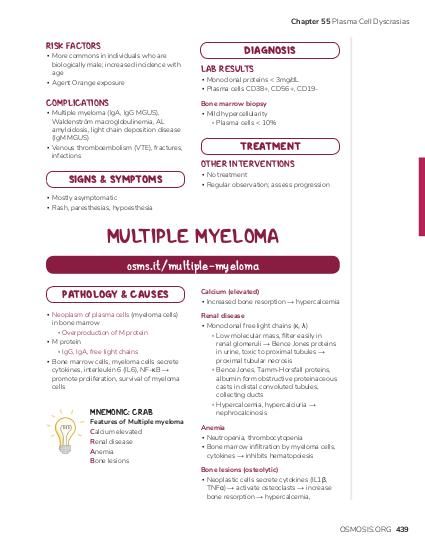 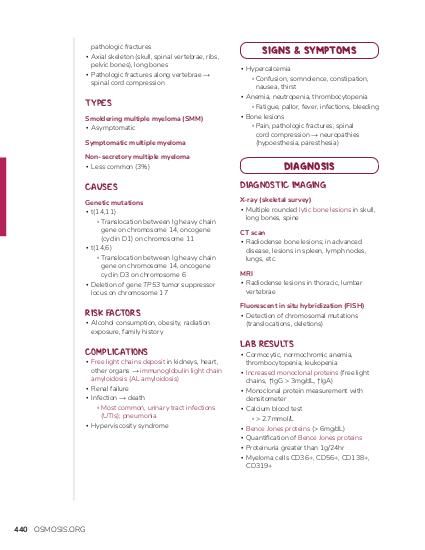 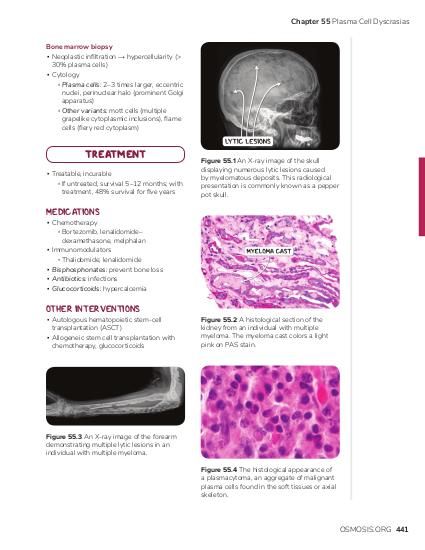 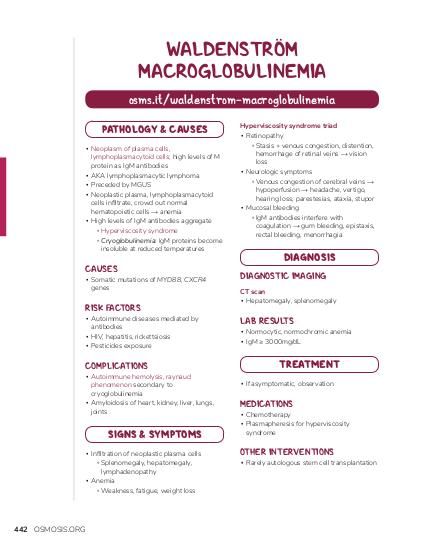 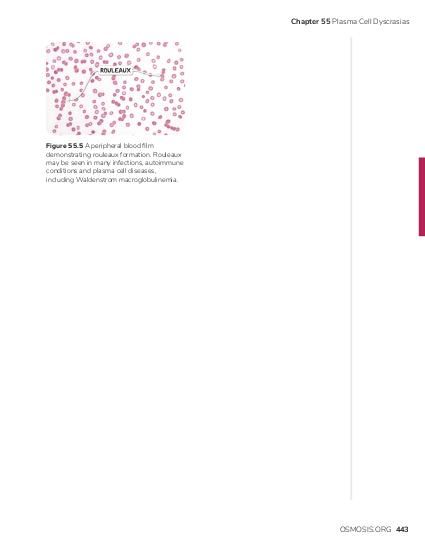 A 71-year-old man comes to the clinic because of headaches and blurry vision for the past two months. He also states that any time he grabs food out of the freezer, his fingers turn white for awhile and then blue before becoming painful and the color returning to normal. His temperature is 38.1°C (100.6°F), pulse is 78/min, respirations are 14/min, and blood pressure is 138/84 mm Hg. Physical examination shows generalized lymphadenopathy. Neurologic testing shows decreased visual acuity bilaterally. He denies pain in his extremities or back. Laboratory studies show a normal serum calcium and creatinine. Serum protein electrophoresis shows an M-spike consisting of IgM. Bone marrow aspirate (shown below) shows multiple atypical lymphocytes. Which of the following is the most likely diagnosis?

Waldenstrom Macroglobulinemia, or Waldenstrom syndrome, is a rare type of malignant lymphoma.

It is characterized by the overproduction of an antibody called immunoglobulin M, or IgM, in the blood.

Like all antibodies, IgM is produced by a subpopulation of white blood cells called B lymphocytes, or B-cells for short. B-cells start off as stem cells within the bone marrow, where they undergo a series of developmental phases.

When they’re mature enough, they leave the bone bone marrow and enter the blood, and from there, they go into secondary lymph organs such as the spleen and lymph nodes.

Within the secondary lymph organs,these B-cells can then further differentiate into plasma cells which ultimately give rise to the immunoglobulins.

Thus, Waldenstrom’s macroglobulinemia is more specifically referred to as a lymphoplasmacytic lymphoma.

Now, IgM is actually composed of 5 separate antibodies bound together, thus creating a pentamer, which is a very large, or MACRO-globulin.

These macroglobulins increase the thickness of blood and aggregate with one another causing a condition known as hyperviscosity syndrome.

Like with many cancers, the exact cause of this overproduction is not well understood but it is hypothesized to be due to mutations in the MYD88 and CXCR4 genes.

When mutated, these genes allow lymphoplasmacytic cells to avoid programmed cell death, so they end up proliferating excessively.

The overproduction of lymphoplasmacytic cells in the bone marrow can also crowd out and interfere with the production of normal red blood cells and platelets.

Although commonly asymptomatic, the symptoms that do occur are mainly attributed to hyperviscosity syndrome, which leads to mucosal bleeding from the nose and gums.