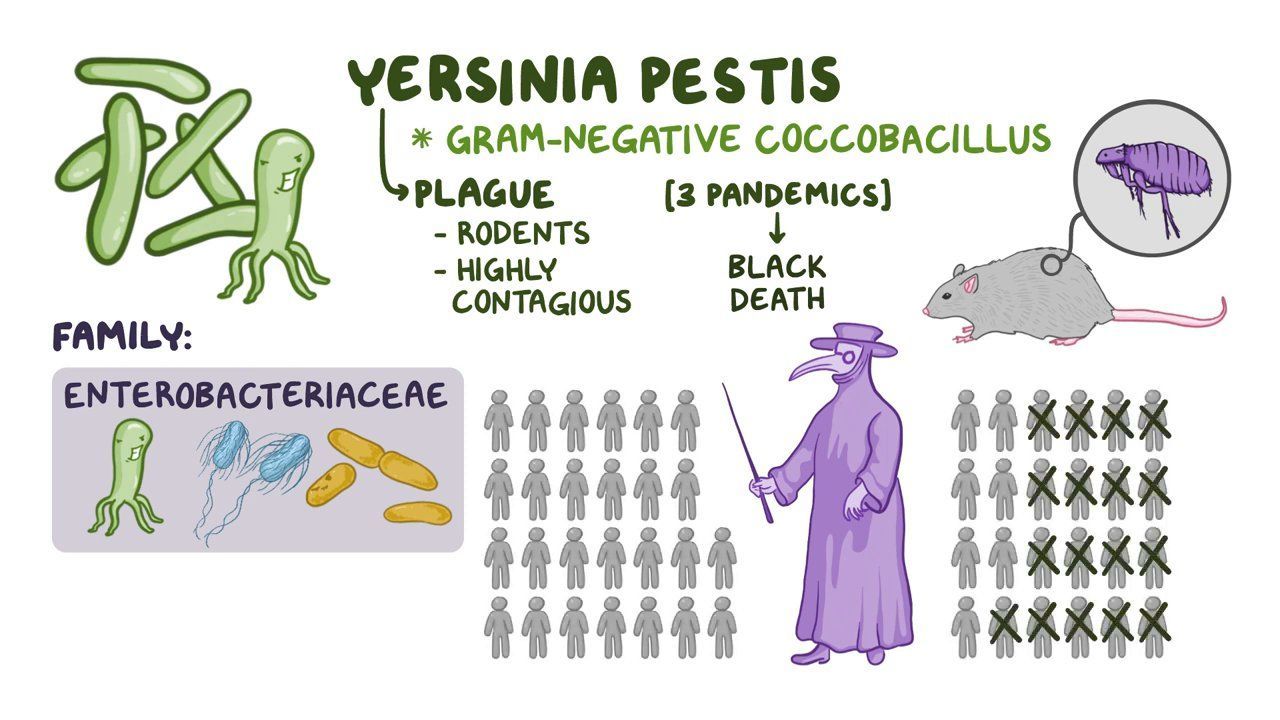 Yersinia often causes , a disease which presents with the triad of conjunctivitis, urethritis, and arthritis

A 33-year-old man comes to the emergency department because of weakness, headache, and chills. He has been camping outdoors in the southwest United States for the past month. His temperature is 38.9°C (102°F), pulse is 90/min, respirations are 15/min, and blood pressure is 115/85 mm Hg. His inguinal, axillary, and cervical lymph notes are swollen, smooth, and painful without fluctuation. Culture from lymph node pus aspiration with Wayson stain demonstrates a rod-shaped organism with bipolar staining. Which of the following is the most likely causative agent? 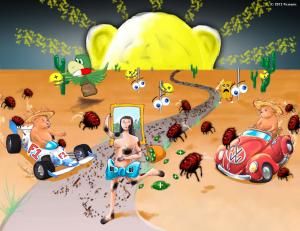