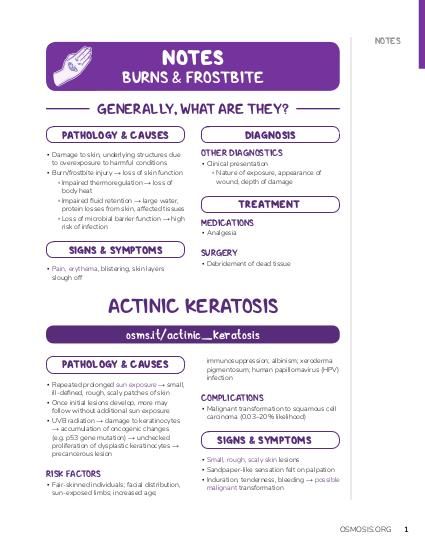 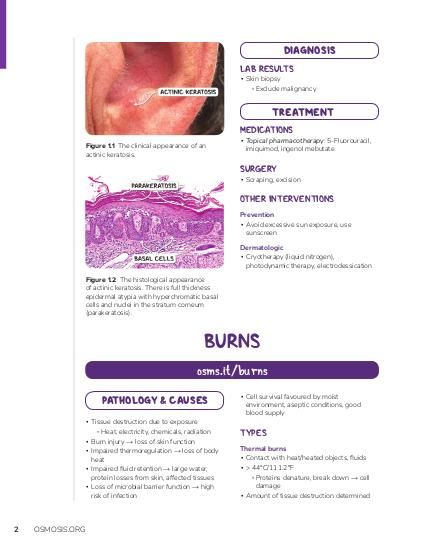 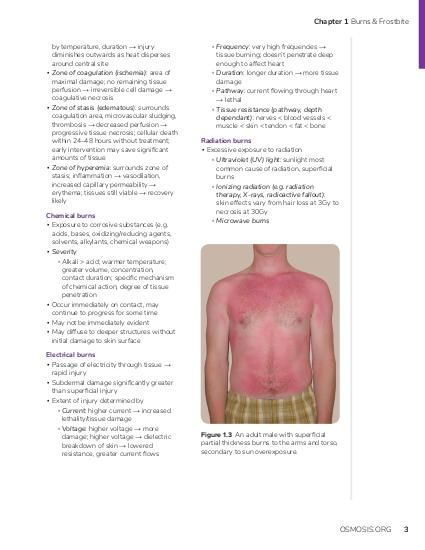 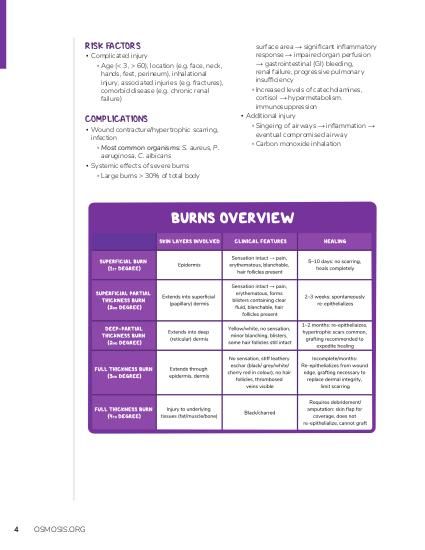 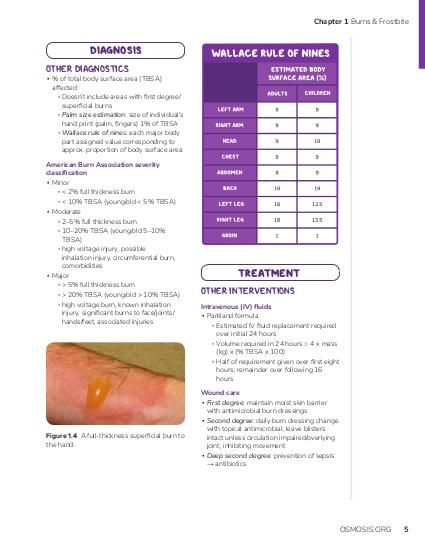 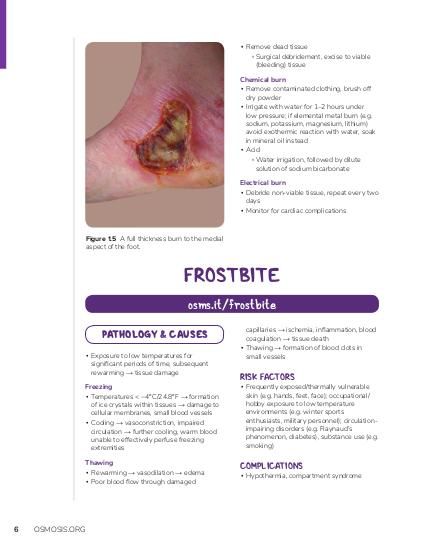 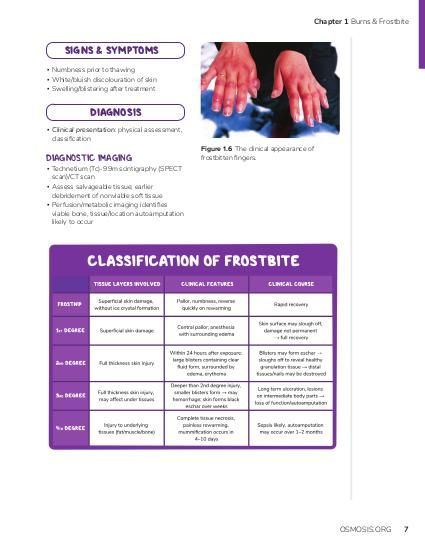 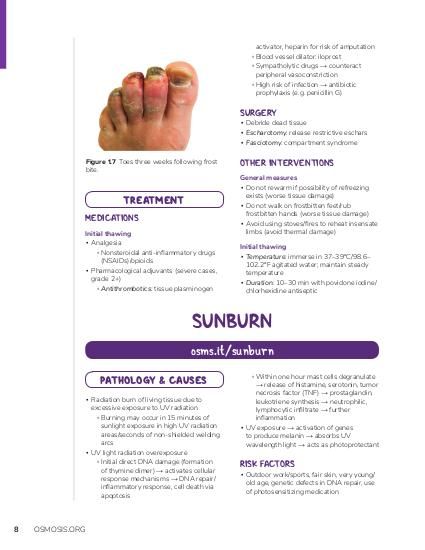 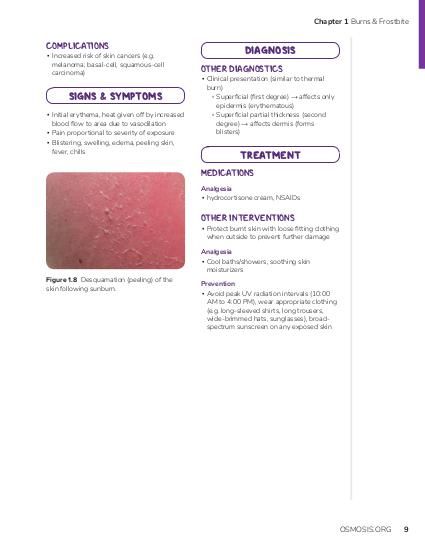 A 27-year-old female comes to the emergency department because she was involved in a house fire 50 minutes ago. She is conscious, but in significant pain. Examination shows that she has significant burns to her entire head and neck, anterior chest and abdomen, and entire right leg. Her temperature is 36.8°C (98°F), pulse is 135/min, respirations are 26/min, and blood pressure is 98/60 mm Hg. Which of the following most likely represents the total percentage of her total body surface involved in the burn? 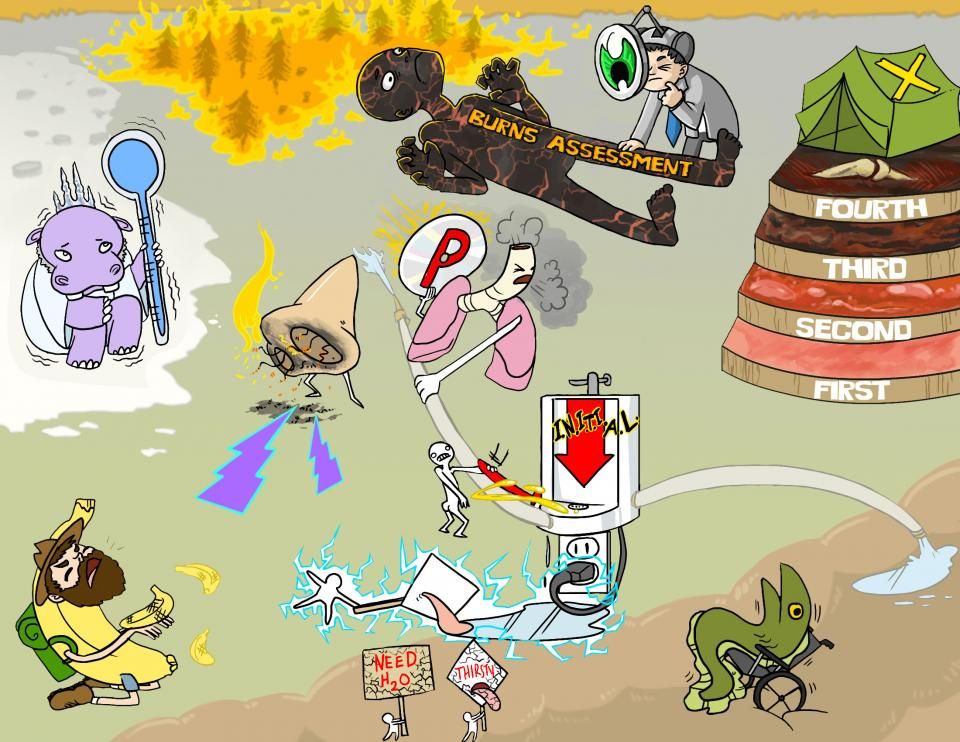 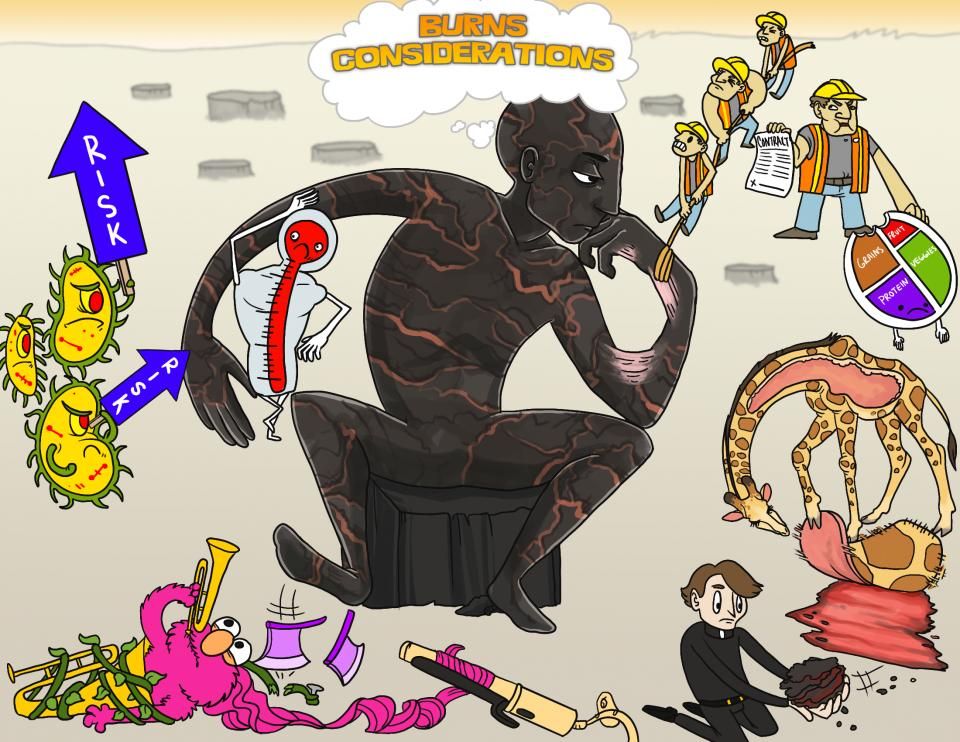 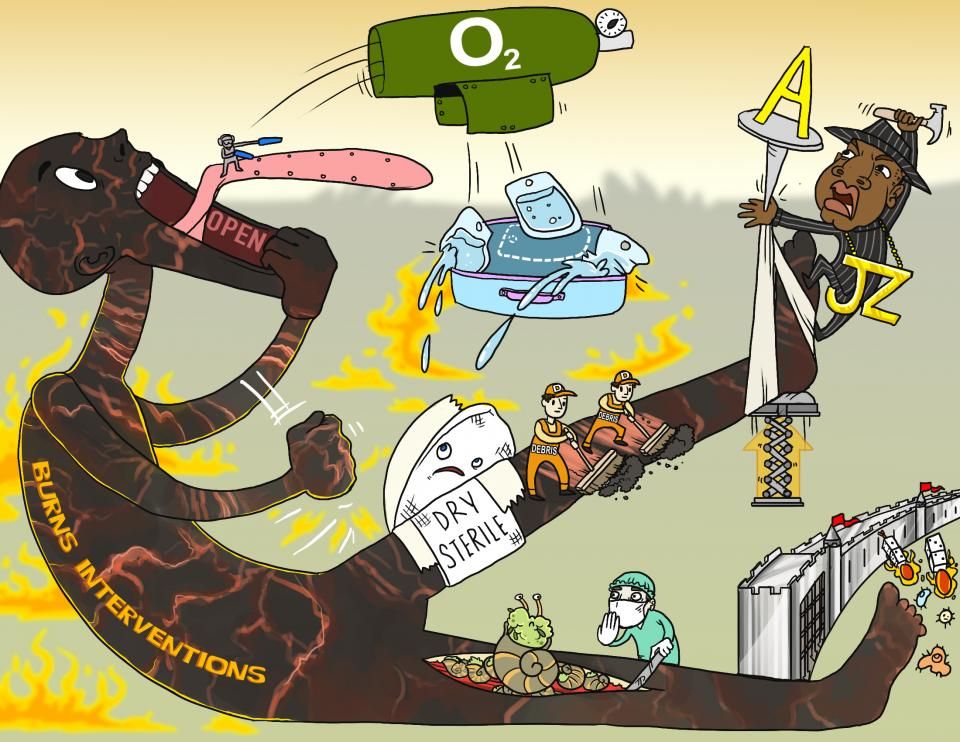 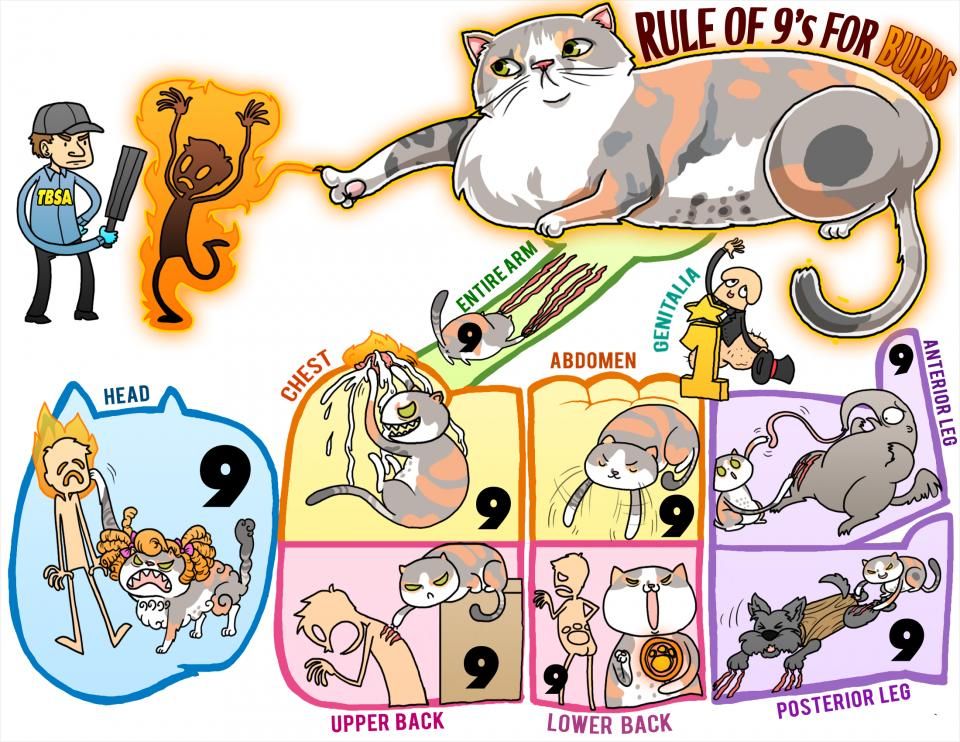 A burn is the damage that happens after something really hot like a fire, hot water or steam, or even a hot object comes into contact with skin.

But burn injuries can also be caused by extreme cold; electricity; some chemicals, like strong acids; or radiation, like from the sun or medical treatments.

Ultimately burns cause damage and inflammation of the skin.

The skin plays an important role in protecting underlying muscles, bones, ligaments and internal organs; forming a barrier to infectious pathogens; and preventing water loss from the body.

The epidermis forms the thin outermost layer of skin, and it’s made up of several layers of keratinocytes - which make and secrete glycolipids, which help to prevent water from easily seeping into and out of the body.

Underneath the epidermis is the thicker dermis layer that contains the nerves and blood vessels.

But the dermis is divided into two layers - a thin papillary layer just below the epidermis, and a deeper reticular layer.

The fibroblasts are arranged in finger-like projections called papillae; each of which contains blood vessels and nerve endings.

Nerve endings found in this layer sense pain and fine touch, which allows you to feel something like a feather touching your arm.

The reticular layer of the dermis is even thicker than the papillary layer.

The collagen in the reticular layer is packed very tightly together, making it excellent tissue support.

In addition, fibroblasts in the reticular layer secrete elastin--which is a stretchy protein that gives skin its flexibility.

The reticular layer also contains the skin’s accessory structures like oil and sweat glands, hair follicles, lymphatic vessels, and nerves - and all of the blood vessels that serve these tissues. A type of nerve ending found here detects pressure or vibration, which allows you to feel someone grabbing your arm.

Finally, just below the reticular layer is the hypodermis. It’s made of fat and connective tissue that insulates and pads the deeper tissue; and anchors the skin to the underlying muscle.

When the skin is burned, it damages cells and the proteins within them.

And the number of skin layers affected determines the burn degree.

So, in first-degree burns, also called superficial burns, the burn only affects the epidermis.

In second-degree burns, the burn affects the epidermis and the dermis.

If only the papillary layer is burned, it’s considered a second-degree superficial partial thickness burn.

But if the burn reaches the deeper reticular layer but doesn’t extend through the entire layer, then it’s considered a second-degree deep partial thickness burn.

And finally, fourth-degree burns extend into the hypodermis.

When a skin layer is affected, it means that the skin cannot function effectively, and common complications are infections, especially from Pseudomonas aeruginosa, and water loss through the damaged skin.

As burns heal, macrophages move into the tissue to remove dead cells and fibroblasts create new collagen to heal the damaged skin.