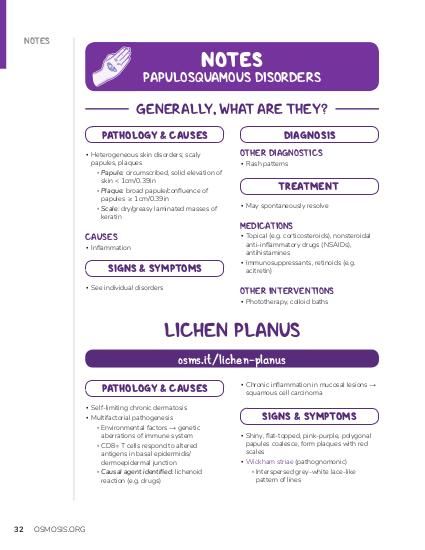 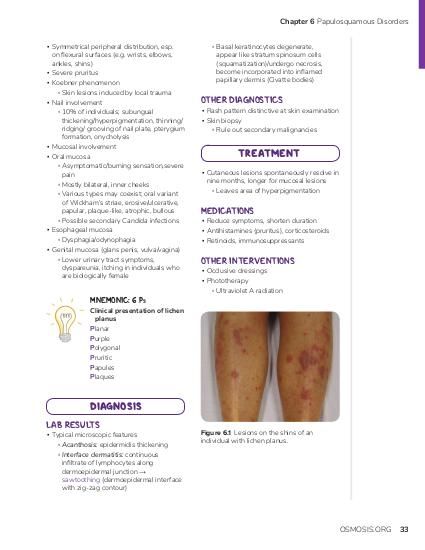 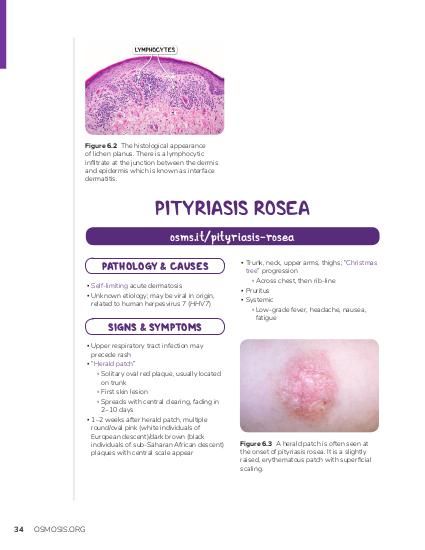 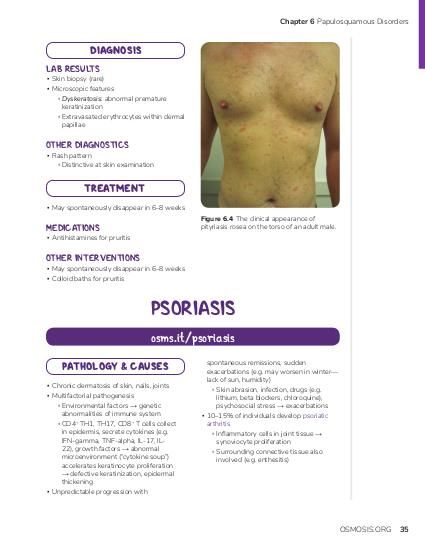 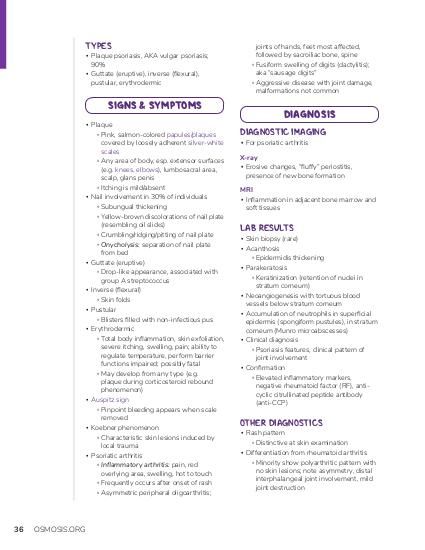 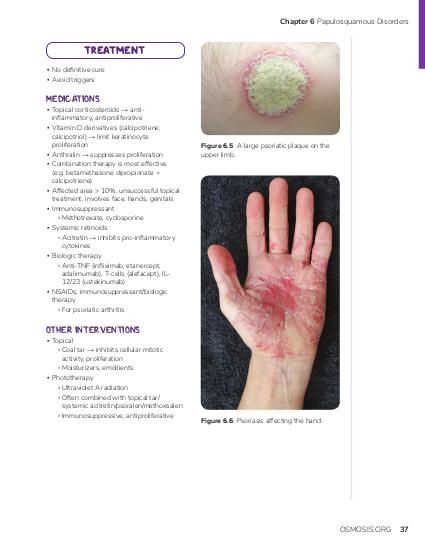 A 35-year-old woman comes to the office because of an itchy rash on her wrist. She says that it started four days ago and the itching is worsening. Physical examination shows several small, violet papules located on the anterior wrists. Which of the following findings is most likely to be seen in this patient? 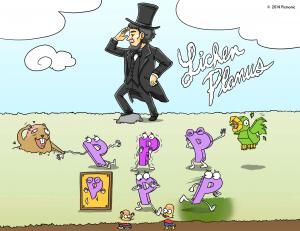 With lichen planus, lichen means tree moss and planus refers to flat, and the reason it’s called that, is that lichen planus is a flat-topped skin rash that looks a bit like tree moss.

Lichen planus is an immune-mediated disorder, meaning that the immune system has started attacking its own skin, resulting in a skin rash.

The next layer up is the stratum granulosum which is 3 to 5 cell layers thick. Keratinocytes in this layer begin the process of keratinization, which is the process where the keratinocytes flatten out and die.

Keratinization leads to development of the stratum lucidum layer which is 2 to 3 cell layers thick of translucent, dead keratinocytes.

Finally, there’s the stratum corneum, or the uppermost and thickest layer of the epidermis, which is like a wall of 20-30 layers, where the glycolipid acts like the cement and the dead keratinized cells are the bricks.

Now, the part of skin connecting the stratum basale of the epidermis to the underlying dermis is called the dermo-epidermal junction.

In healthy people, this junction looks like smooth waves between the epidermis and the dermis. But, if you look closely at this junction, there are two parts.

The first part is the lower portion of the plasma membrane of the keratinocytes in the stratum basale, which contains glue-like substances called hemidesmosomes.

These hemidesmosomes adhere keratinocytes of the stratum basale to the second component of this junction, which is called the basal lamina.

The basal lamina contains a group of molecules that provide structural and biochemical support to the keratinocytes.

Typically, when a cell becomes infected with viruses or mutated by cancer, antigens from inside this cell will be presented on MHC I molecules, which are found on all nucleated cells in the body.

If this were to happen, then a specific cell of the immune system called cytotoxic T cell would use its receptor to bind to the MHC class I molecule, which would cause it to release its payload of perforin and granzymes.

Perforin would perforate the target cell by forming pores, and these pores would allow the granzymes to enter into the cell. Once inside, the granzymes would induce apoptosis, or programmed cell death.

In lichen planus, some healthy non-infected keratinocytes start presenting antigens on MHC I molecules, and it’s unclear why they do that.

This antigen presentation on MHC I molecules enables cytotoxic T cells to attack these keratinocytes and kill them.