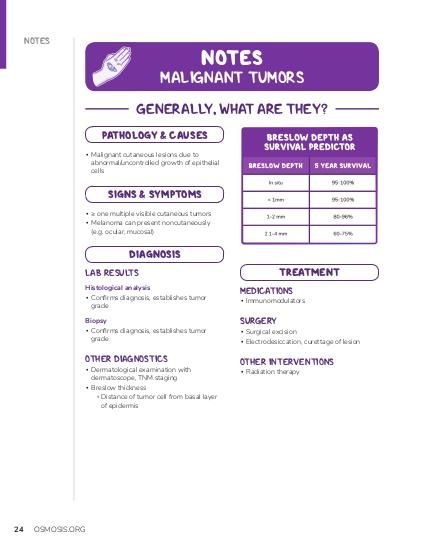 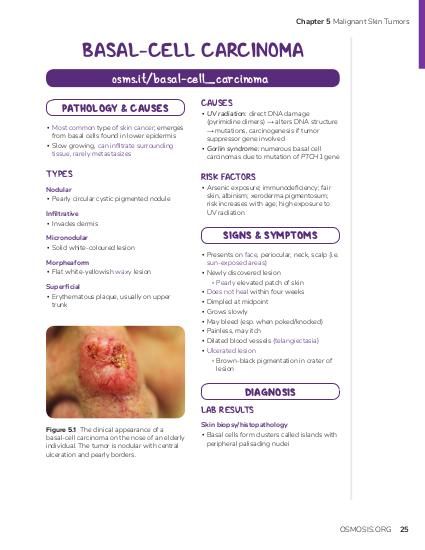 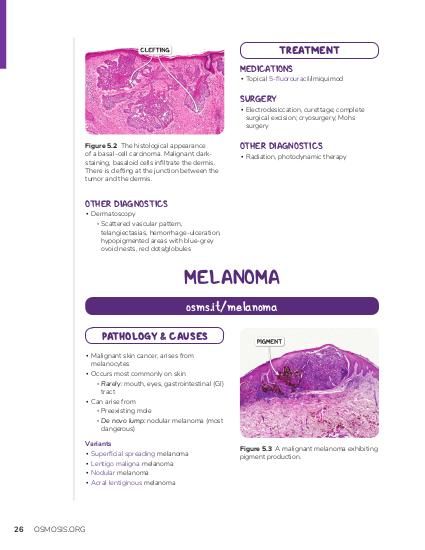 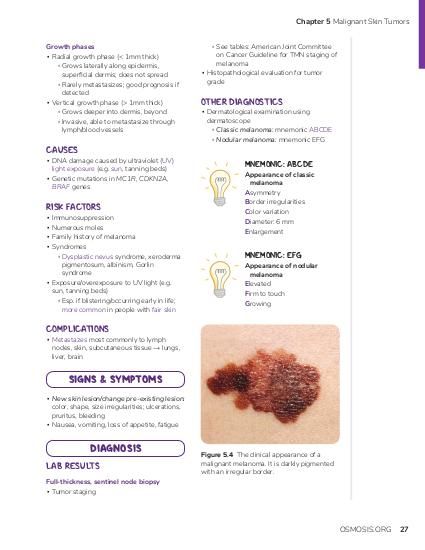 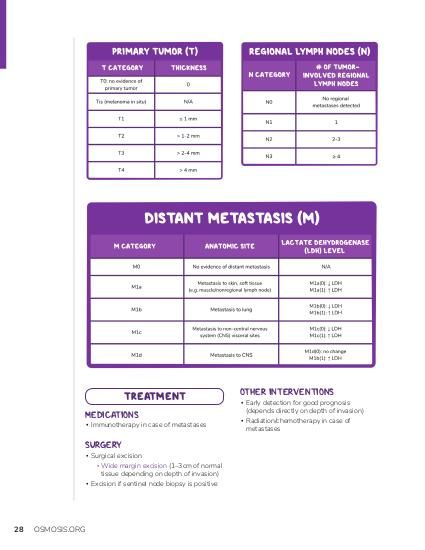 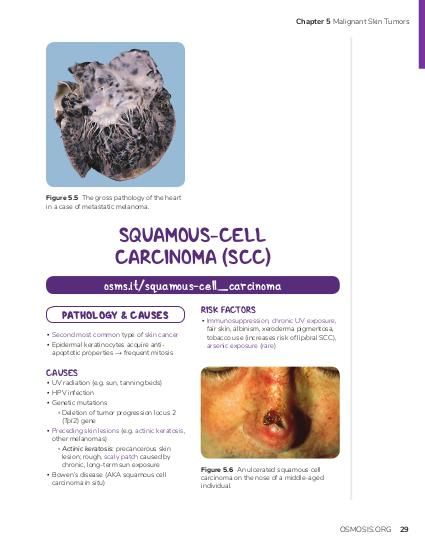 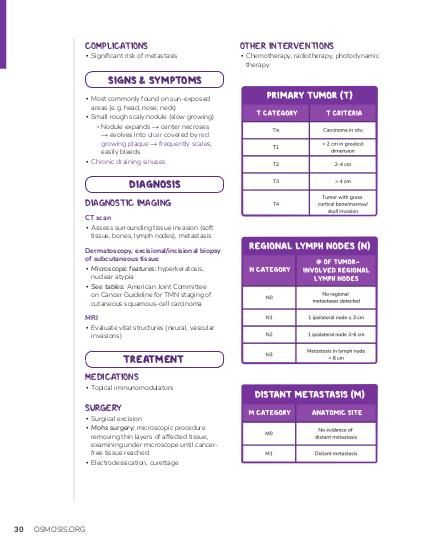 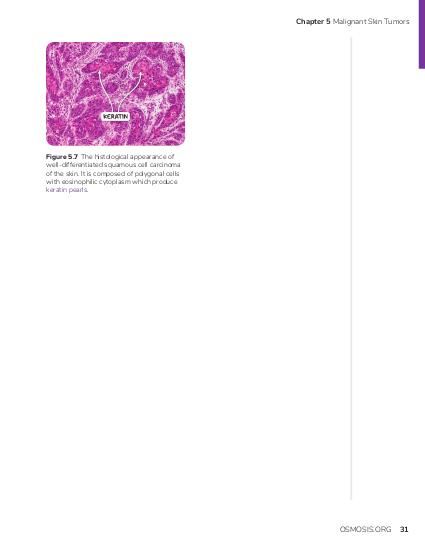 A 65-year-old woman comes to the dermatology clinic because of concern about an unusual mole on her left arm. She is frightened because several of her family members have been diagnosed and treated for skin cancer. Her medical history is otherwise noncontributory. A skin biopsy is performed and shows proliferation of abnormal melanocytes. Which of the following mutations is the patient most likely to have? 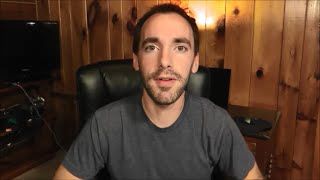 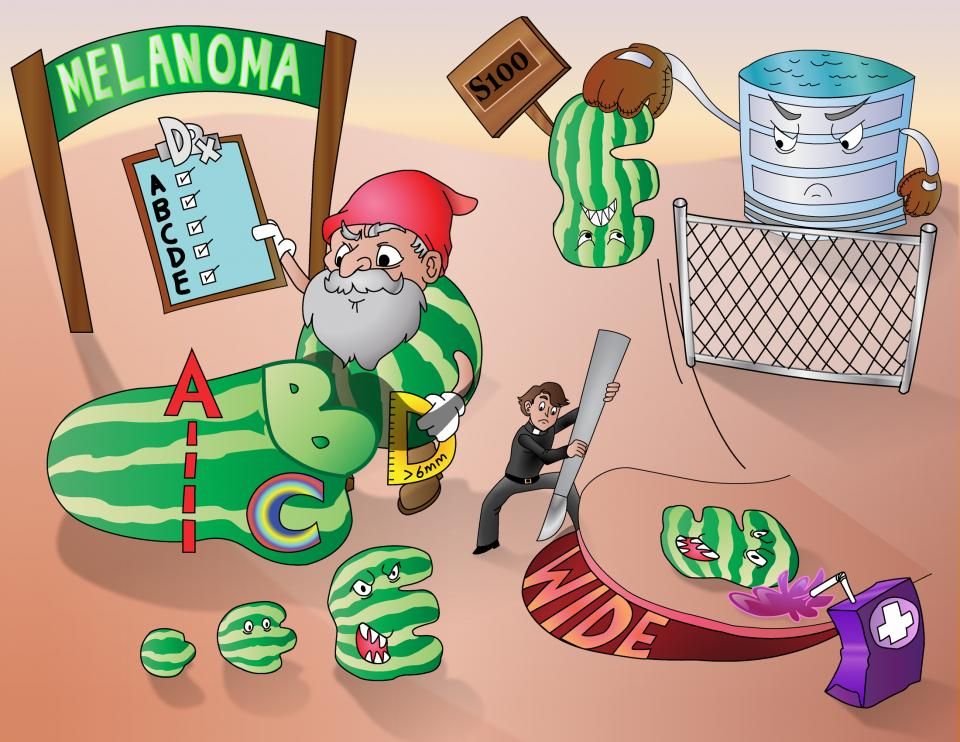 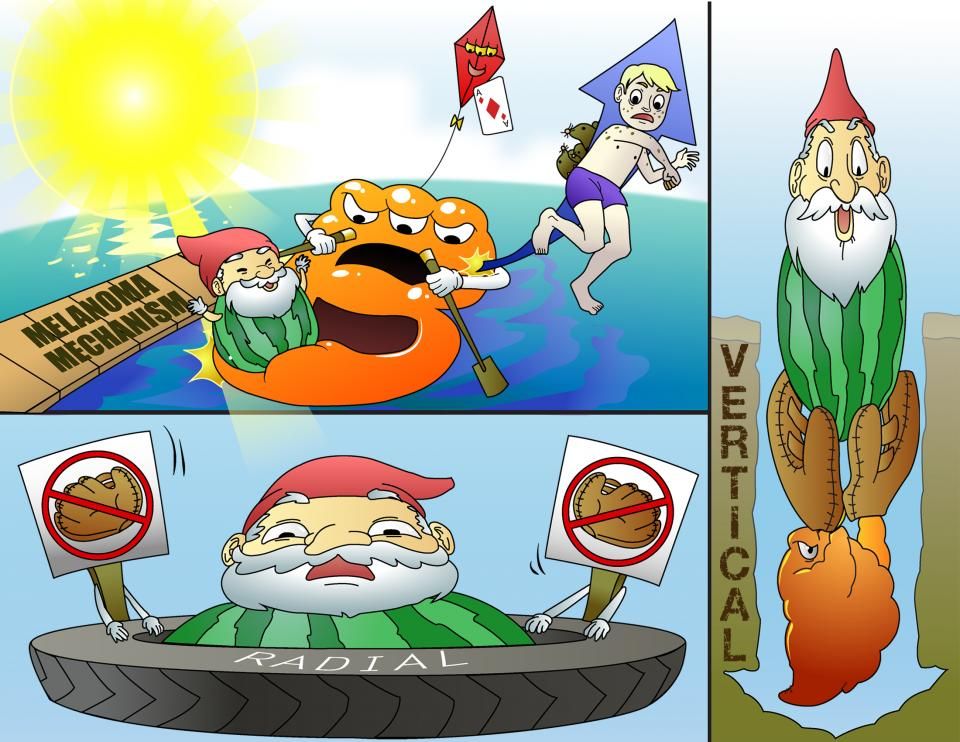 Skin cancer is an uncontrolled growth of cells within the skin.

Some skin cancers can spread to other locations in the body and can be fatal, as seen with singer-songwriter Bob Marley, who died shortly after being diagnosed with melanoma.

And just above that, the outermost layer of skin, is the epidermis.

Keratin is a strong, fibrous protein that allows keratinocytes to protect themselves from getting destroyed, when you rub your hands through the sand at the beach.

Keratinocytes start their life at the deepest layer of the epidermis called the stratum basale, or basal layer, which is made of a single layer of small, cuboidal to low columnar stem cells that continually divide and produce new keratinocytes that continue to mature as they migrate up through the epidermal layers, flattening out to a pancake-like squamous shape as they ascend.

When keratinocytes are exposed to the sun, they send a chemical signal to the melanocytes, which stimulates them into making more melanin.

The melanocytes move the melanin into small sacs called melanosomes, and these get taken up by newly formed keratinocytes, which will later metabolize the melanin as they migrate into higher layers of the epidermis.

Melanocytes can also be found in the dermis, at the base of the hair follicle, where they transfer melanin to the keratinized cells that make up hair.

Skin cancer is differentiated based upon the type of skin cell that’s involved in the tumor mass.

The most common is basal cell carcinoma, which involves cells in the stratum basale. These tend to be slow growing tumors that can be locally invasive, but rarely metastasize to distant regions of the body.

Nearby blood vessels in the dermis can become dilated to deliver more nutrients as the tumor grows.

Basal cell carcinomas can grow superficially, spreading over several centimeters of the epidermis. And they can break through the basement membrane and invade the dermis, forming islands or cords of tumor cells.

Tumor cells on the periphery of islands typically arrange themselves in a line, like fence-posts, forming a palisading pattern.

The second most common type of skin cancer is squamous cell carcinoma which involves squamous keratinocytes.

Now, a precancerous lesion that can turn into squamous cell carcinoma is called actinic keratosis.