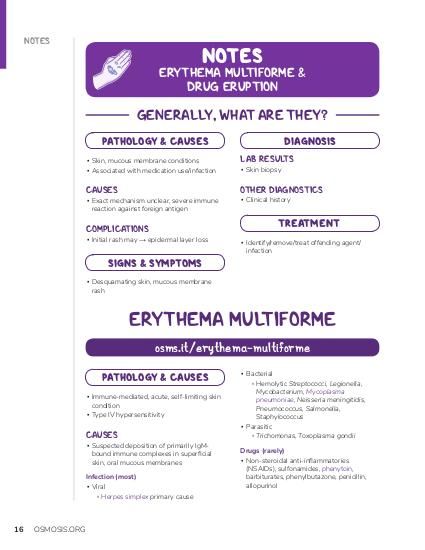 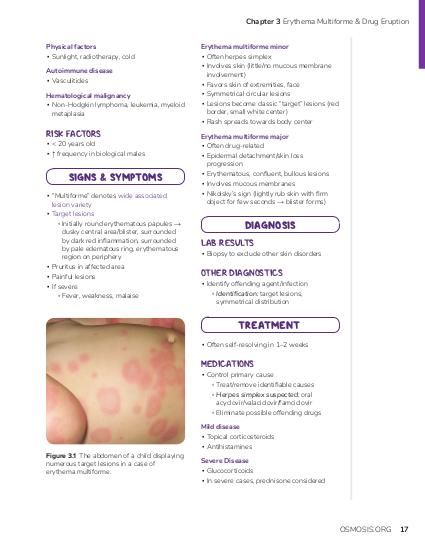 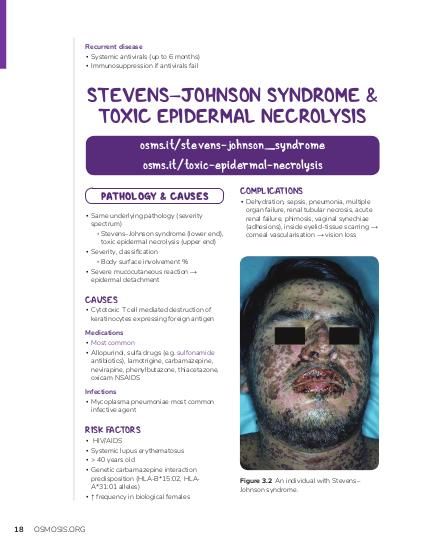 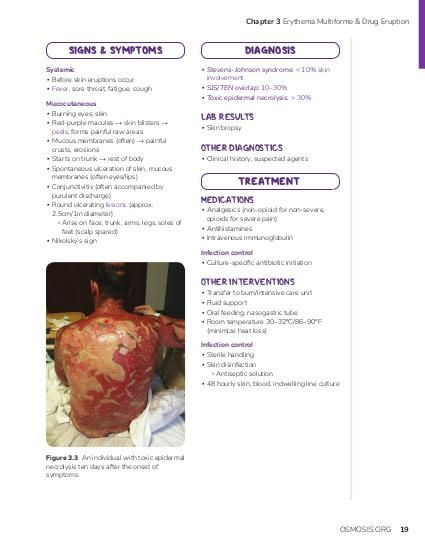 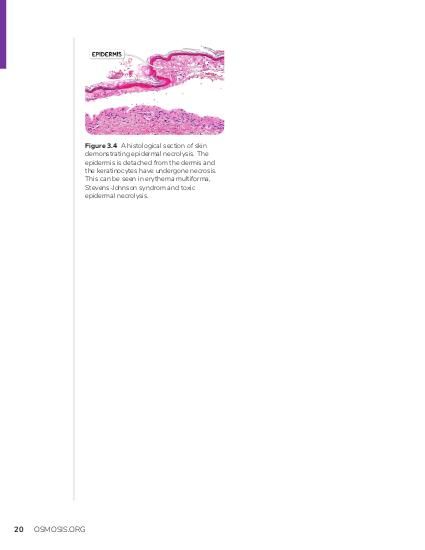 A 35-year-old man comes to the emergency department because of a burning rash on his neck, face and upper torso. He also experiences sensitivity to light. He admits to feeling flu-like symptoms including fever, arthralgias and headache one week ago. His past medical history is significant for bipolar disorder, post-traumatic stress disorder and anxiety. He was started on a new psychiatric medication three weeks ago, of which he cannot recall the name. Physical examination shows conjunctival injection and inflamed oral mucosa. Which of the following drugs is the most likely cause of his current symptoms? 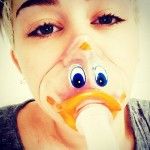 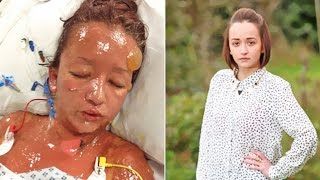 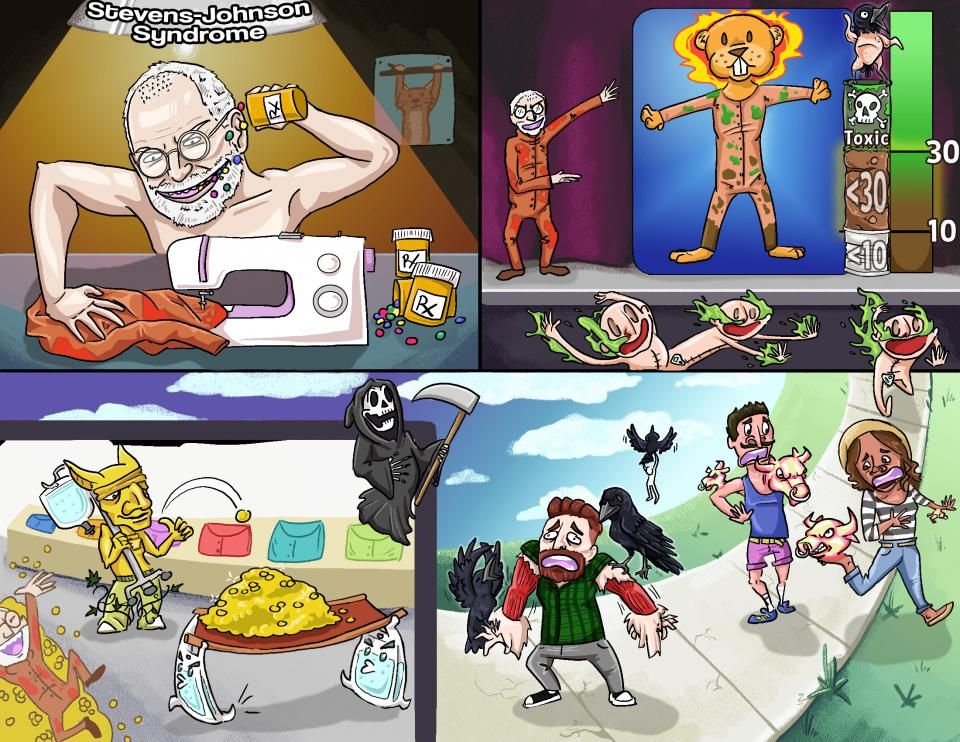 Stevens-Johnson Syndrome is named for the physicians who first reported an acute, immune-mediated condition that affects the skin and mucous membranes such as the mouth and genitals.

Both can be fatal if not treated, and the risk of fatality increases with severity.

The skin plays an important role in protecting underlying muscles, bones, ligaments, and internal organs by forming a barrier to infectious pathogens; and preventing water loss from the body.

The outermost layer of the skin is the epidermis and, itself, is made of several layers of cells.

The deepest layer is called the stratum basale, or the base layer.

And cells here are anchored to a basement membrane, a thin layer of delicate tissue containing proteins like collagen and laminins, which attach the epidermis to the underlying skin layer called the dermis.

Similar to how the skin lines the outside of the body, mucous membranes, or mucosa, line the inner body surfaces like the mouth, tongue, respiratory tract, conjunctiva of the eyes, genitals, and anus.

Mucosa is made up of one or more layers of epithelial cells, which, again, are attached to a basement membrane that sits on top of a layer called the lamina propria.

Now, most cells in the body have a protein called major histocompatibility complex or MHC class I molecule on the surface of their membrane.

If the cell is healthy, the cytotoxic T cell doesn’t recognize the peptides as foreign, and nothing happens.

But if a cell is infected, say with a virus, the cytotoxic T cell can recognize the peptides as foreign and trigger an immune response.

Once all infected cells have been destroyed, the immune response resolves.

They’re also called T-cell-mediated hypersensitivity reactions because cytotoxic T cells directly and aggressively attack the epithelial cells in the mucosa and epidermis, and release a payload of perforin and granzymes to kill them.

Also, as part of the attack, the cytotoxic T cells release proinflammatory cytokines, like interferon gamma and tumor necrosis factor alpha, which attract other immune cells to the area that cause even more damage.

This leads to a loss of the skin barrier protection, and erosion of the affected skin and mucosa from cellular death and detachment at the basement membrane.

With the skin and mucosa compromised; the body can dehydrate, and pathogens from outside the body can invade and cause an infection which can lead to another strong immunologic response, called sepsis, that can cause large-scale tissue and organ injury and dysfunction.