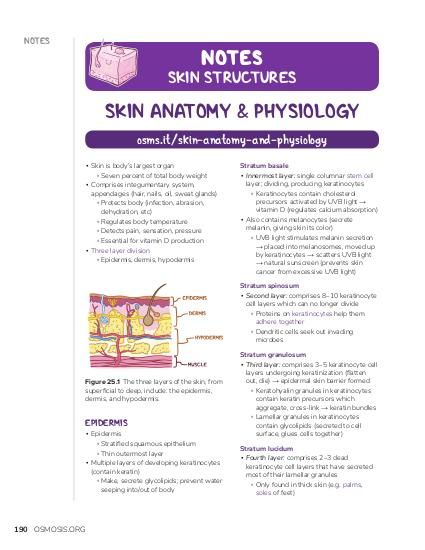 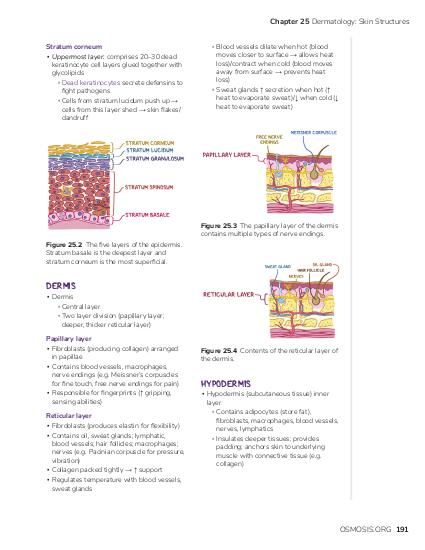 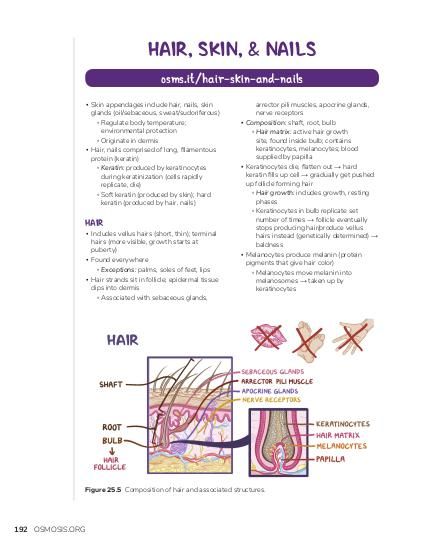 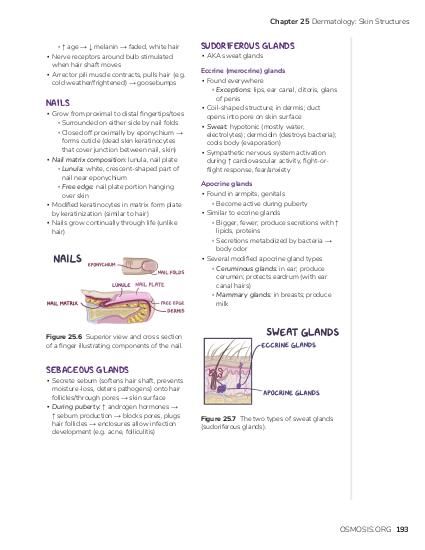 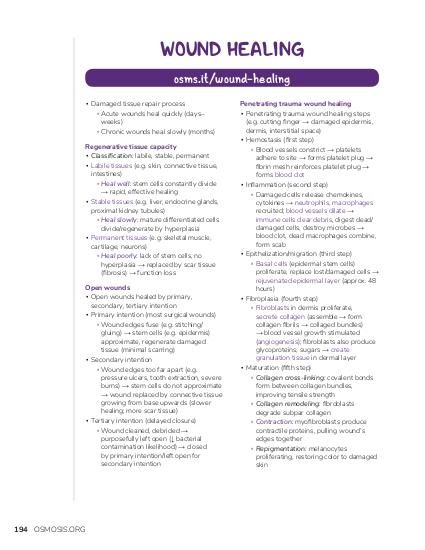 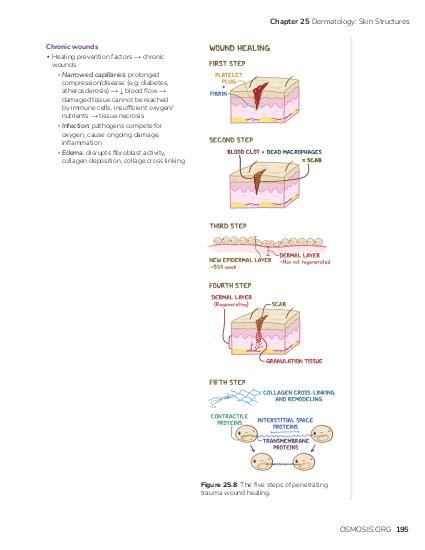 A 35-year-old woman comes to her primary care office complaining of a growth that appeared on her arm one month ago. She reports that prior to the appearance of the growth, she had been stung by a bee and had had a mild allergic reaction. When the dermatologist palpates the lesion, a small dimple appears in the center of the lesion. A biopsy shows thickening of the epidermis, with an increased number of histiocytes and fibroblasts in the dermis. Given this information, which of the following is the most likely diagnosis? 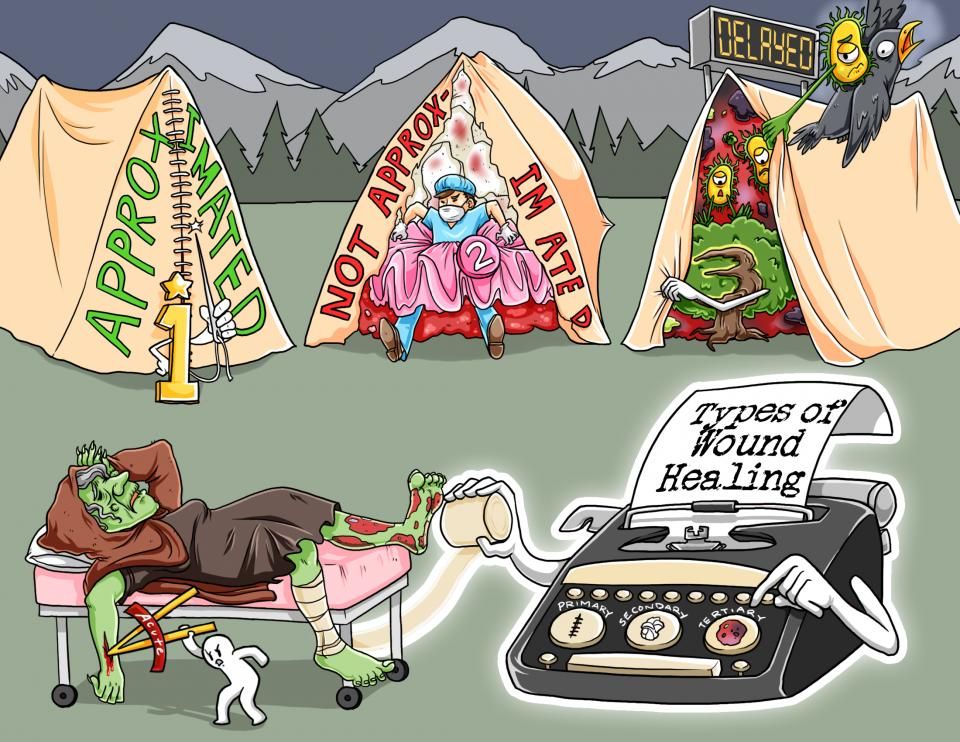 Wound healing, is the process where the body repairs damaged tissue after any traumatic injuries--anything from a paper cut to a stab wound.

Acute wounds heal up quickly over days to weeks, whereas chronic wounds like bed sores, foot ulcers, or infections, can persist for months.

Now, some tissues regenerate more easily than others, and the regenerative capacity of tissue is classified as labile, stable, and permanent.

Labile tissues like skin, connective tissue, and small and large intestine heal extremely well, because they contain stem cells, which are undifferentiated cells that can divide and renew the cells that have died.

Stable tissue, like the liver, recover from injury by having mature differentiated cells divide or regenerate via hyperplasia.

Permanent tissues like skeletal muscle, cartilage, neurons, and cardiac tissue have a weak regenerative capacity, because they lack these stem cells and cannot replicate via hyperplasia.

Typically, injured permanent tissues are replaced by scar tissue or fibrosis--ultimately resulting in loss of function of the tissue.

Now when it comes to the skin - which is often the most visible tissue that’s damaged, wound healing occurs by primary, secondary, and tertiary intention.

Healing by primary intention is when the wound edges come together--like what happens when two wound margins are stitched or sutured together.

When this happens, stem cells in the epidermis, or uppermost layer of skin are brought close together and can regenerate the damaged tissue near the surface of skin--leaving a minimal scar.

Healing by secondary intention occurs when the wound edges are too far from one another--this can be consequence of significant tissue loss or if there’s an object embedded in the wound that prevents the edges from coming together.

Since the stem cells in these wounds do not approximate, the wound is replaced primarily by connective tissue that grows from the base of the wound upwards.

Healing by tertiary intention, or delayed closure, is when a wound is cleaned and purposefully left open due to a high likelihood of being contaminated by bacteria--like during a dog bite injury.

If these wounds are closed too early by primary intention they can trap bacteria inside the wound--leading to an abscess or walled off infection.

Instead, these wounds are left open, cleaned, and observed for several days before they’re closed by primary intention or left open to heal by secondary intention.

Now, to explain the steps of wound healing, let's imagine that you’re cutting a banana cream pie and you accidently slip and cut your finger, ouch!

During a penetrating injury like this, the skin is punctured through the top two layers of skin --the epidermis and the dermis.

When this happens damage occurs to both the cells found in these layers and the area between the cells, called the interstitial space.

The interstitial space contains proteins outside of the cell that act like the scaffolding between cells, so when this is damaged the cells separate--forming the open wound.

Now, the first step of wound healing is hemostasis, and that’s where a blood clot forms at the site of trauma to prevent further blood loss.

Platelets, which are tiny blood components involved in coagulation, immediately aggregate around the affected tissue and stick together to form a platelet plug.

The platelet plug is further reinforced by a protein mesh called fibrin, which ultimately forms the blood clot.

Once an adequate blood clot has formed, the second step of wound healing begins - and that’s inflammation.

Damaged cells releases tiny proteins called chemokines and cytokines, which recruit immune cells like macrophages and neutrophils to the area, and make nearby blood vessels dilate and become more leaky or permeable.

Immune cells start to seep into the affected area and they begin to clear foreign debris like dirt and digest dead or damaged cells caused by the injury, as well as destroy any microbe that may have gotten in.