Specialties
Library
Resources
For institutions
Sign in
Free trial
Free trialLog inSchool Sign inSpecialties
Medicine (MD)Medicine (DO)Physician Assistant (PA)Nurse Practitioner (NP)Registered Nursing (RN)DentistryPharmacyOther Healthcare Professional
LibraryResources
EventsBlogGreeting CardsTestimonialsOsmosis Around the World
Summary of Anterior cruciate ligament injury
The anterior cruciate ligament is an important, internal, stabilizer of the knee joint, restraining hyperextension. The combination of "pop" during a twisting movement or rapid deceleration, together with inability to continue participation, and followed by early swelling, is said to indicate a 90% probability of rupture of the anterior cruciate ligament. A particularly severe form of the contact injury is called the "unhappy triad" and involves the anterior cruciate ligament, the medial collateral ligament, and the medial meniscus. The pivot-shift test, anterior drawer test and Lachman test are used during the clinical examination of suspected ACL injury, with the Lachman test having the highest sensitivity. 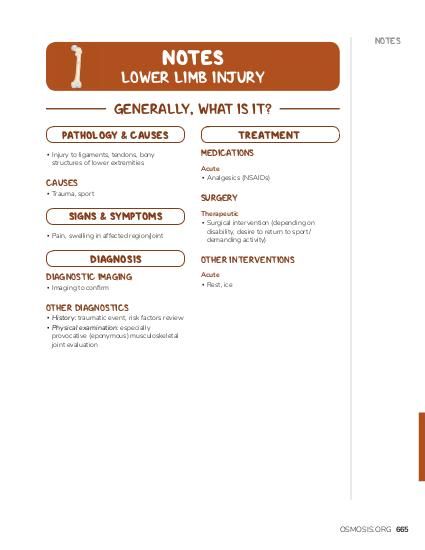 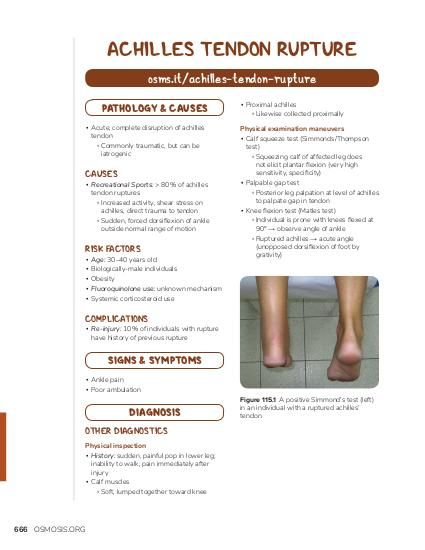 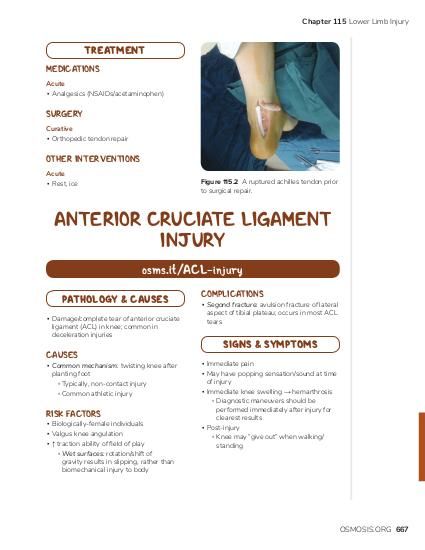 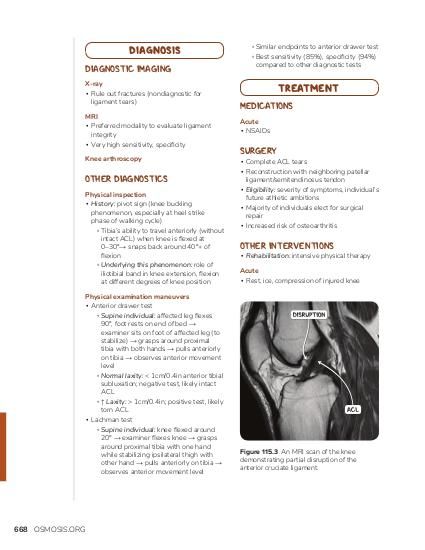 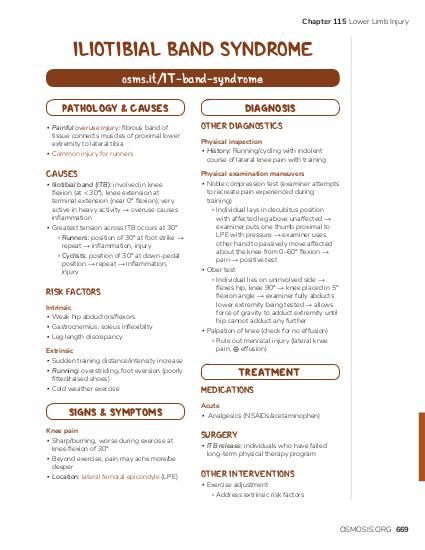 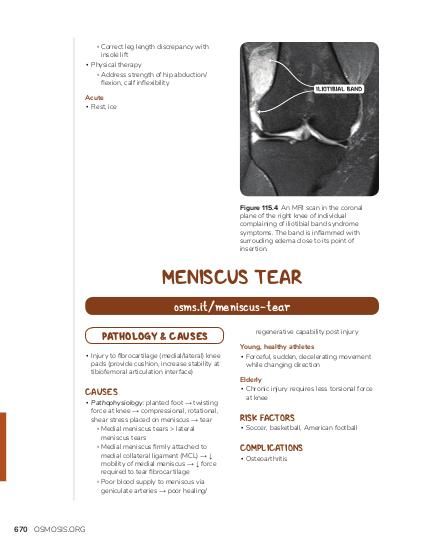 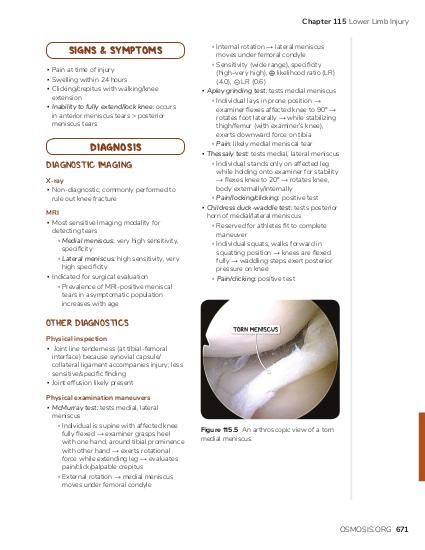 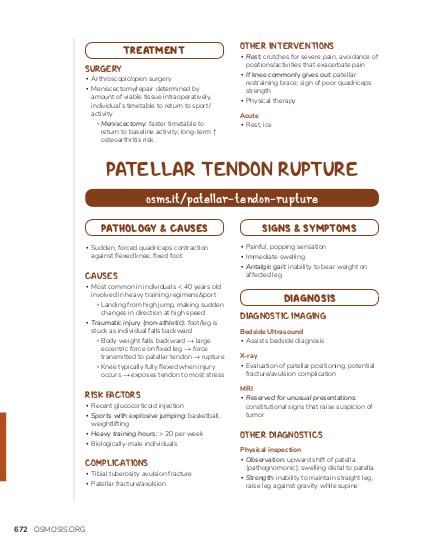 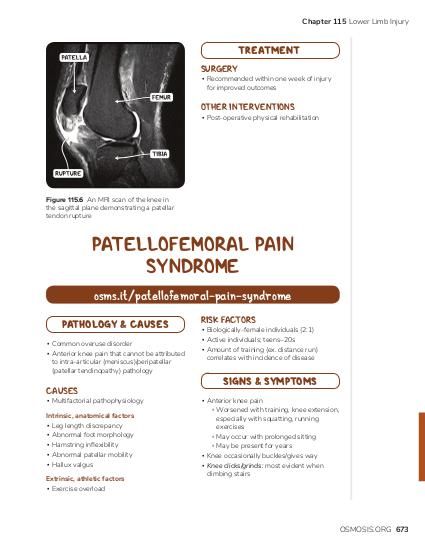 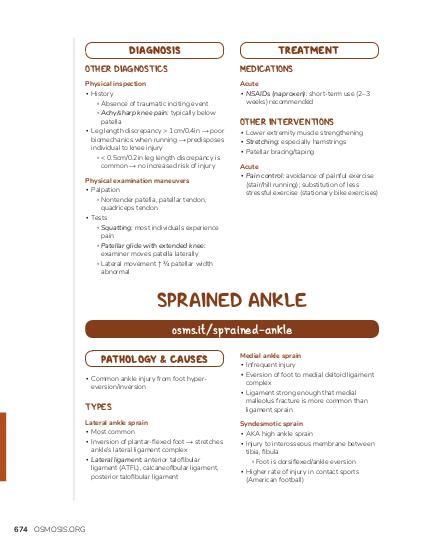 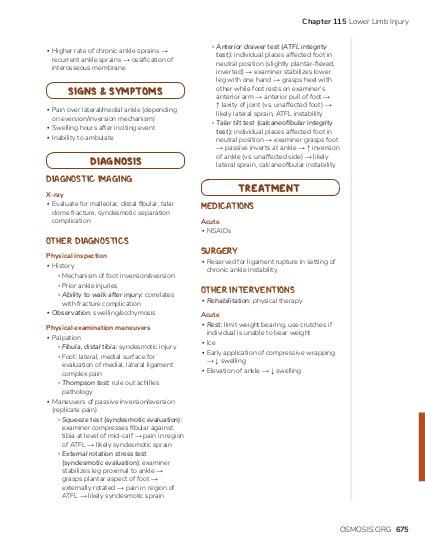 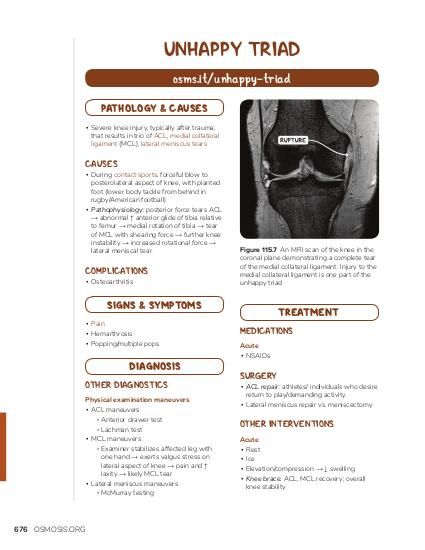 (Quadricep/Hamstring) dominance is one theory as to how anterior cruciate ligament injury occurs.

A 15-year-old female presents to your office with right knee pain. She states that yesterday she was practicing her dismount for her gymnastic routine when she heard a loud “pop” while landing. She was unable to continue to practice secondary to the pain and swelling that occurred. What is the most likely diagnosis? 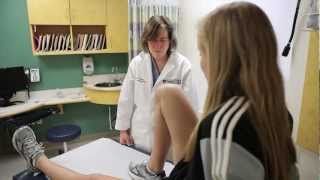 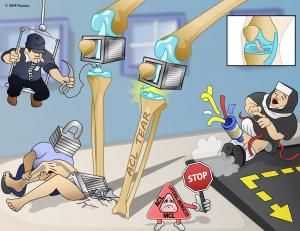