A 26-year-old woman comes to the emergency department because of heart palpitations, profuse sweating, difficulty breathing, and chest pain. She has had these episodes infrequently over the past 3 months and is fearful of future episodes. She has no history of drinking alcohol, smoking tobacco, or using illicit drugs. She also reports having no allergies and currently takes no medications. Vital signs show her temperature is 37.2°C (99°F) , pulse is 120/min, respirations are 25/min, and blood pressure is 130/70 mm Hg. Oxygen saturation is 98% on room air. Physical examination shows the patient is sweating profusely but has a normal lung, heart, and neurological exam. An ECG shows no abnormalities. Which of the following is the most appropriate initial treatment option for this patient? 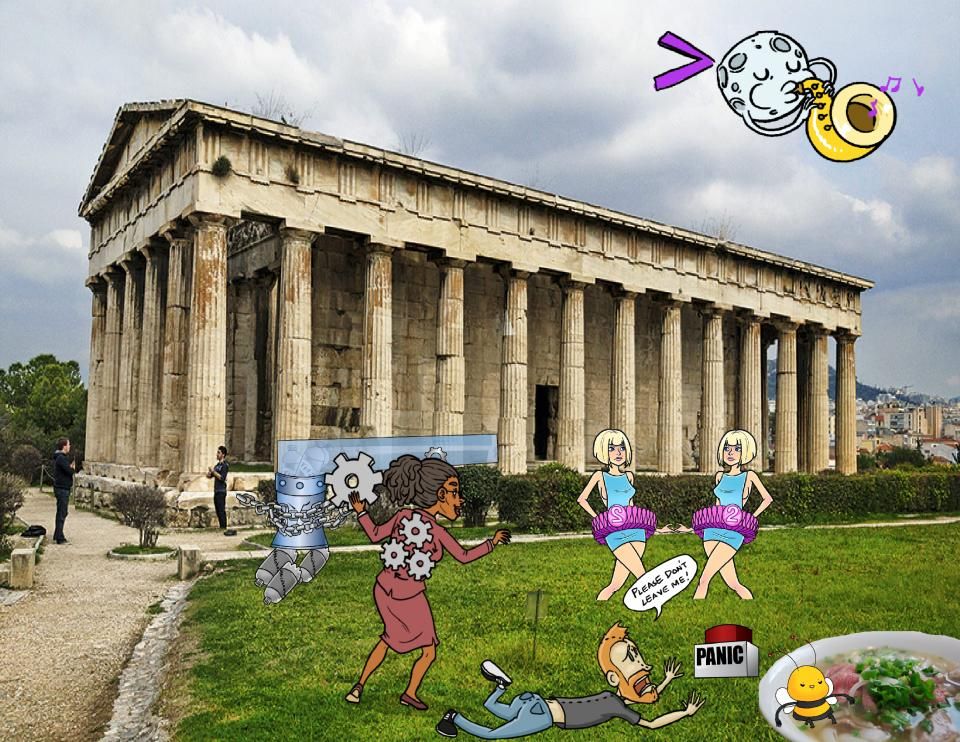 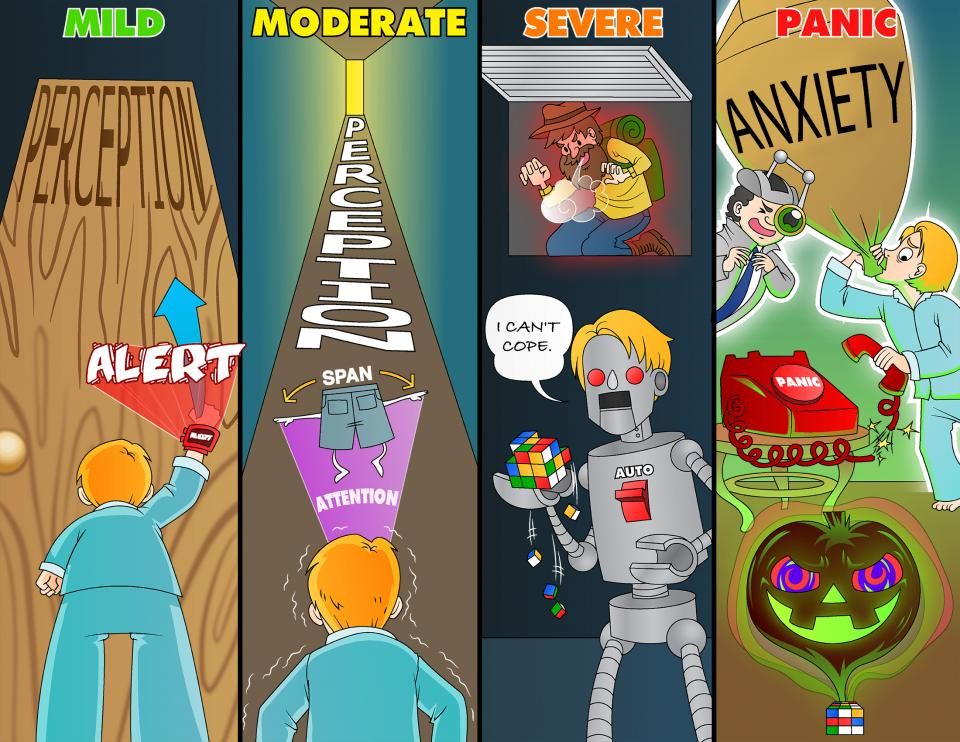 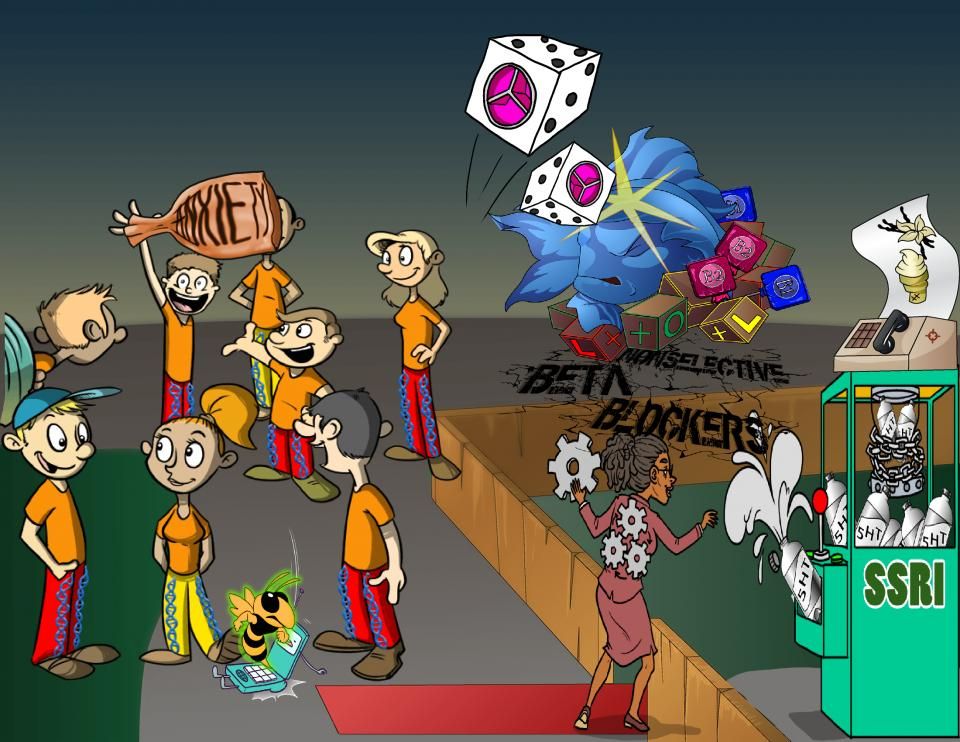 Normally, anxiety works to set the body on high-alert during stressful times. In anxiety disorders, these normal feelings of anxiety go into overdrive, worsening performance on the job, at school, and in relationships. Anxiety disorders are extremely common affecting up to 30 percent of adults at some point in their lives.

Anxiety disorders are caused by a combination of genetics, stress, environmental and social factors. For example, it may be due to having a low level of the neurotransmitter GABA - which is linked to anxiety, a tough job like police work, increased caffeine intake, and going through a divorce.

There’s also a strong correlation with trauma like humiliation, bullying, and sexual abuse, especially if it occurred during childhood.

There’s also evidence that individuals tend to mirror the anxiety of those around them. That’s why threats to the community - like violence and global warming - are able to directly and indirectly raise anxiety.

The two key symptoms in anxiety disorders are fear and uncontrollable anxiety. Fear is the emotional response to a real or perceived imminent threat, whereas anxiety is the anticipation of a future threat.

Fear causes a fight or flight response when your life is threatened, while anxiety is often associated with feelings of imminent danger and causes avoidant behaviors. For example, fear is what you might feel during an exam, while anxiety is the dread you may feel the night before the exam.

Fear and anxiety can easily get out of hand and turn into panic attacks. Panic attacks are short uninterrupted periods of up to twenty minutes where individuals feel at least four of the following thirteen symptoms: palpitations, sweating, dyspnea, trembling, paresthesias, feeling throat tightness, chest pain, nausea, dizziness, hot flashes or chills, feeling of unreality of detachment from oneself, an intense fear of dying, and lastly, fear of losing control.

Normal anxiety usually occurs is in response to a real situation, isn’t excessive, and doesn’t cause physical symptoms - other than mild insomnia before an important event.

In anxiety disorders, on the other hand, individuals worry even when there’s no specific threat present, and the anxiety interferes significantly with everyday tasks.

So, the factors that distinguish normal anxiety from pathological anxiety are excessiveness, intensity, duration or chronicity, and impairment.

Now, most anxiety disorders respond well to psychotherapy, medications, and lifestyle changes, which can be given alone or in combination. Support groups, both in-person and online can help individuals identify other coping strategies as well.

Psychotherapy consists mostly of cognitive behavior therapy or CBT, which is a type of talk therapy, that allows a person to learn a different way of thinking and reacting to stress and to acknowledge anxious patterns of thinking.

CBT is similar to medications in short-term effectiveness, but it has major long-term advantages, as it does not have the unwanted effects of medications like tolerance, dependence, withdrawal and side effects.

They can be used alone, but they’re more effective when used along with CBT. Now, SSRIs and SNRIs are known to cause early activating side effects such as anxiety and insomnia that tend to improve with time.

However, since individuals with anxiety disorders are more sensitive to these side effects, they may benefit from a temporary dose reduction or starting at a low dose.

Tricyclic antidepressants or TCAs for short like doxepin and amitriptyline are second-line choices. Now, sometimes beta-blockers, can be used to lower blood pressure and heart rate, to control the physical symptoms of anxiety like trembling and palpitations.

Benzodiazepines act very rapidly but are given as a last resort due to their high potential for dependence and abuse, withdrawal syndromes and other side effects such as sedation, ataxia, and cognitive impairment.

In individuals with high risk of abuse, buspirone, which is a non-benzodiazepine anxiolytic, slightly weaker and with a slower onset of action than benzodiazepines.

Preliminary studies show that having a regular sleep schedule and doing yoga are specifically helpful at managing anxiety symptoms. In addition, creating a regular daily routine can be a powerful stress and anxiety reducer, increase serotonin levels, and also act as a positive distraction.

There’s emerging evidence that a healthy diet rich in foods with high levels of magnesium, probiotics, and zinc may also help reduce anxiety. For example, that could be done with leafy green vegetables, pickled foods, and nuts.

Care should also be taken to avoid substances that worsen anxiety such as caffeine, alcohol and tobacco. Broadly speaking, it’s essential for individuals to self-monitor their symptoms through scales and journals so that they can reach out for help proactively whenever symptoms reappear.

The most studied disorder is generalized anxiety disorder. According to DSM-5, individuals must experience excessive anxiety and worry for the better part of at least six months - so at least 90 or more days out of 180.

Second, these feelings must be hard to control but not reach the levels of severity found in panic attacks. Third, adults must have at least three of the following six symptoms: restlessness or edginess, fatigue, difficulty concentrating or feeling like the mind just goes blank, irritability, muscle tension, and trouble sleeping - usually falling asleep or staying asleep. For children, though, only one symptom must be present.

Fourth, the anxiety must impair their life - like missing deadlines or skipping work due to symptoms. Fifth, the symptoms should not be due to drugs or medications, or a medical condition like hyperthyroidism.

Finally, their anxiety shouldn’t be better explained by another mental disorder. Now, for treatment, CBT, SSRIs and SNRIs are first line, whereas buspirone, TCAs, benzodiazepines are second line.

A second disorder is separation anxiety disorder. That happens when separation from someone that the person is very attached to - like a parent or a friend causes inappropriate and excessive fear and anxiety that may lead to factitious physical complaints so that individuals can miss school or work.

It lasts more than six months for adults or more than four weeks for children and adolescents. Bare in mind, though, that it’s considered normal behavior until the age of 3 or 4.

This is distinguished from generalized anxiety disorder, by the fact that the symptoms are all related to the separation or anticipation of a separation.

Treatment includes CBT, as well as play therapy, which uses play to help individuals deal with their anxiety, and family therapy, where parents and siblings can learn new ways to interact with the individual and help them when anxiety spikes.

Third, there’s selective mutism which is when individuals fail to speak when they’re supposed to - for example, when giving a speech or presenting an award, despite speaking in other, presumably more comfortable situations.

The problem should start before the age of 5, be recurrent, and last for at least one month, and should interfere with the person’s work or education.

The failure to speak shouldn’t be attributable to a lack of preparation or a communication disorder. With selective mutism, the symptoms should occur only in those situations where speech is required. Treatment includes CBT, family and/or play therapy as well as SSRIs.

Fourth, there’s specific phobias - which are fears or anxiety about a specific animal, object or situation like raccoons, sharp needles, or swimming, that lasts for more than six months.

The fear response is disproportionate to the actual danger caused by the trigger - like freaking out when a raccoon scurries across the street.