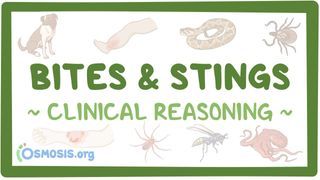 Transcript for Bites and stings

Another one is the scorpion. Symptoms have a wide range of severity, and while some individuals may just present local pain and paresthesias at the sting site, other cases can be life-threatening.