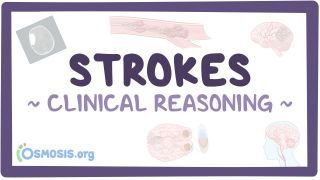 The ischemia is most severe in the core of the ischemic area, where the cells die first, and slightly less severe in the surrounding penumbra which gets collateral blood from other blood vessels.