A 45-year-old woman comes to the emergency room with a sudden onset of dizziness and gait instability that began two days earlier. Since it began, she has experienced constant dizziness, nausea, and vomiting, despite trying multiple over the counter medications. The patient also complains of hearing loss in her right ear. On further questioning, she notes that she had a runny nose and dry cough approximately 1 week ago that resolved on its own. Vital signs are within normal limits. Physical examination shows congested nasal mucosa, oropharyngeal erythema without exudate, and no tenderness to palpation of the sinuses. Which of the following is the most appropriate intervention? 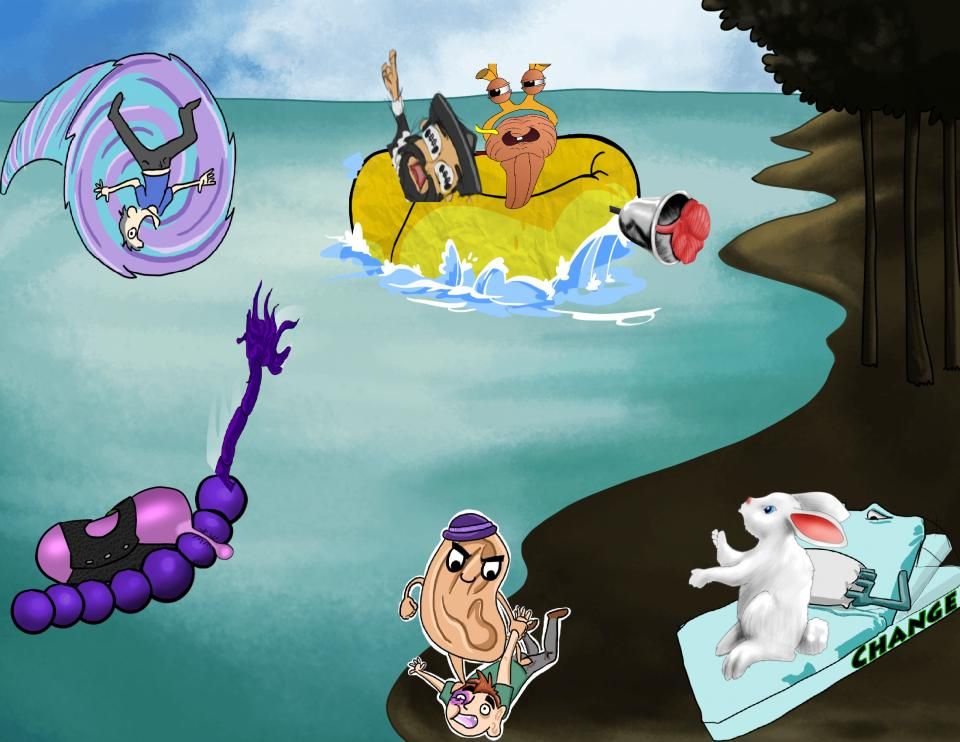 The term “dizziness” can be used to refer to a number of related symptoms like presyncope, disequilibrium, what’s called “non-specific dizziness”, and vertigo.

Asking individuals specific questions about how they experience dizziness can help clarify the symptom. Let’s go through each of these.

Pre-syncope is the prodromal phase that occurs before syncope.

Individuals often complain of seconds to minutes of “nearly blacking out” or “nearly fainting”, and “feeling lightheaded when standing,” along with palpitations, sweating, a feeling of warmth, nausea or even blurry vision. Sometimes there’s a history of cardiac disease, such as congestive heart failure or coronary artery disease may be present.

Presyncope could be due to vasovagal syncope, orthostatic hypotension, or cardiac arrhythmias, so the workup usually includes an electrocardiogram, or ECG.

Disequilibrium refers to a sense of imbalance specifically while walking, and usually is due to neurologic disorders like Parkinson’s disease, cerebellar disorders, peripheral neuropathy, or cervical spine disease.

This is often described as “feeling the ground moving” or “feeling like you’re on a boat”.

Non-specific dizziness is a more vague term that has a variety of causes ranging from anxiety or panic attacks, to hypoglycemia, or side effects of medications like anticholinergics.

Finally, there’s vertigo which can be thought of as having an illusion of self-motion, or movement of the surrounding environment.

We’ve all experienced vertigo. It’s that spinny sensation you get after swinging a small child around or the woozy feeling of seasickness. Yeah, that’s vertigo.

Vertigo arises when there’s a mismatch between other sensory systems and the vestibular system.

Causes of central vertigo include a posterior circulation stroke, a brainstem tumor, a migraine, and multiple sclerosis.

The nystagmus can be present at rest, or they can be provoked by the Dix-Hallpike maneuver. But there are subtle nuances in the nystagmus that differentiate peripheral from central vertigo.

In central vertigo, the direction of the nystagmus can be horizontal, torsional or rotatory, and vertical.

In peripheral vertigo, nystagmus can be horizontal or torsional, but never vertical.

Okay, so benign positional paroxysmal vertigo, or BPPV is by far the most common cause of peripheral vertigo.

See, we normally have calcium carbonate crystals in the utricle and saccule, but the problem arises when they sneak into the semicircular canals, most commonly, the posterior canal. The crystals obstruct the normal flow of endolymph in the canals when the head moves in a specific direction. Like stones causing turbulence in a smooth river. Without normal endolymphatic flow, the semicircular canal can’t properly detect angular acceleration, causing vertigo.

BPPV causes recurrent episodes of vertigo that are provoked by a specific and predictable changes in head position, such as rolling out of bed.

Episodes last less than one minute, and are usually accompanied by nausea or vomiting. Hearing loss and tinnitus are usually absent in BPPV.

The diagnosis is confirmed by exacerbation of vertigo or nystagmus on one side during the Dix-Hallpike maneuver.

To perform the Dix-Hallpike maneuver, you have to extend the neck and turn it to one side while the individual is sitting. Then, you have to rapidly place them in a supine position so that their head hangs over the edge of the bed. After 30 seconds there might be nystagmus or vertigo symptoms.

If no nystagmus or vertigo symptoms occur, then return the individual to the upright position, and then wait for another 30 seconds. After that, you repeat the maneuver for the other side as well.

The treatment of BPPV is the Epley maneuver, which aims at guiding the lost crystals back into the utricle where they belong.

So let’s say an individual has right-sided BPPV based on the Dix-Hallpike maneuver. With the individual upright, grasp their head on both sides, and rapidly position them to the supine position with the right ear pointing downwards. Then immediately rotate the head to the left side so that the right ear points upwards. Hold this position for 30 seconds.

Next, ask the individual to turn their body to the left side, and then rotate their head until their nose is pointing towards the floor. Hold this position for 30 seconds, then rapidly lift the individual back to the upright position. Works like magic.

Vestibular neuritis or labyrinthitis is inflammation of the vestibular portion of the 8th cranial nerve.

In comparison with BPPV, vestibular neuritis causes acute, severe, constant, peripheral vertigo lasting several days. Head movement can worsen the symptoms, but the symptoms can occur at rest and don’t rely on a specific position. Also, unlike BPPV, there may be hearing loss. Individuals with vestibular neuritis sometimes have a prior viral upper respiratory tract infection.

The diagnosis is based on the symptoms, and although there’s conflicting evidence, corticosteroids can be given to help the inflammation.

Alright, now Ménière’s disease is also called endolymphatic hydrops, and it’s due to having excess endolymphatic fluid in the semicircular canals.

Ménière’s disease tends to occur in people over the age of 65, who develop a classic triad of symptoms: recurrent episodic vertigo, hearing loss, and tinnitus. Additional symptoms include a sense of ear fullness - called aural fullness- , as well as nausea or vomiting. The onset of symptoms is usually abrupt, and episodes usually last from 20 minutes up to 24 hours.

The diagnosis is based on a person having the classic symptoms.

Audiometry is done to measure the hearing loss.

Initial treatment is to limit salt, caffeine, alcohol, and nicotine, which improves health in a number of ways.