A 65-year-old man presents to the emergency department for evaluation of headaches. The patient was at home eating dinner with his family when he suddenly experienced an acute onset occipital headache with associated diaphoresis and palpitations. The patient experienced a similar episode one month ago while drinking wine, which subsequently self-resolved. Past medical history is notable for anxiety, depression, and Parkinson disease. His medications include venlafaxine, levodopa, alprazolam, and selegiline. Temperature is 37.7°C (99.9°F), pulse is 121/min, respirations are 22/min, blood pressure is 201/102 mmHg, and O2 saturation is 96% on room air. On physical examination, the patient appears diaphoretic but is otherwise neurologically intact. A CT-brain is negative for an acute intracranial process, and electrocardiogram demonstrates sinus tachycardia. Which of the following is the most appropriate treatment for this patient’s clinical condition? 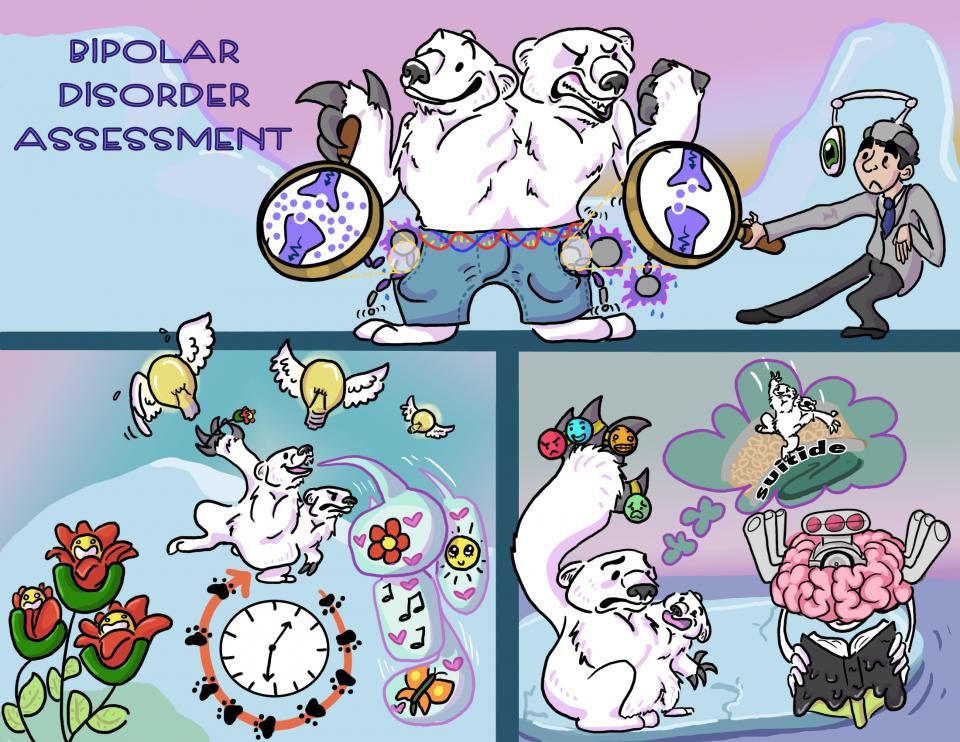 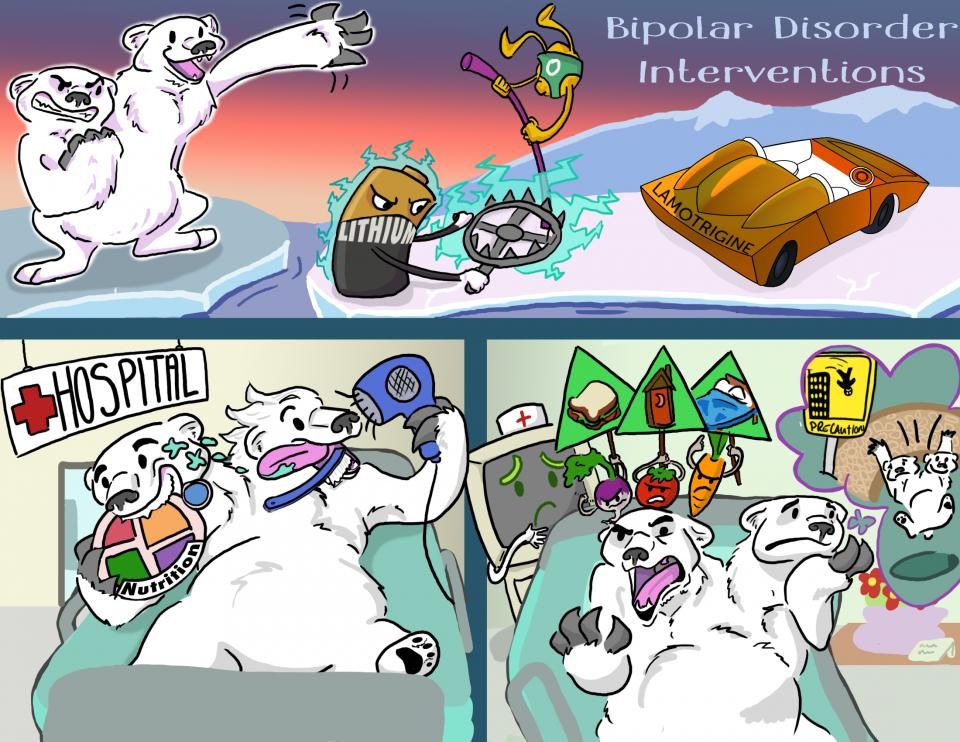 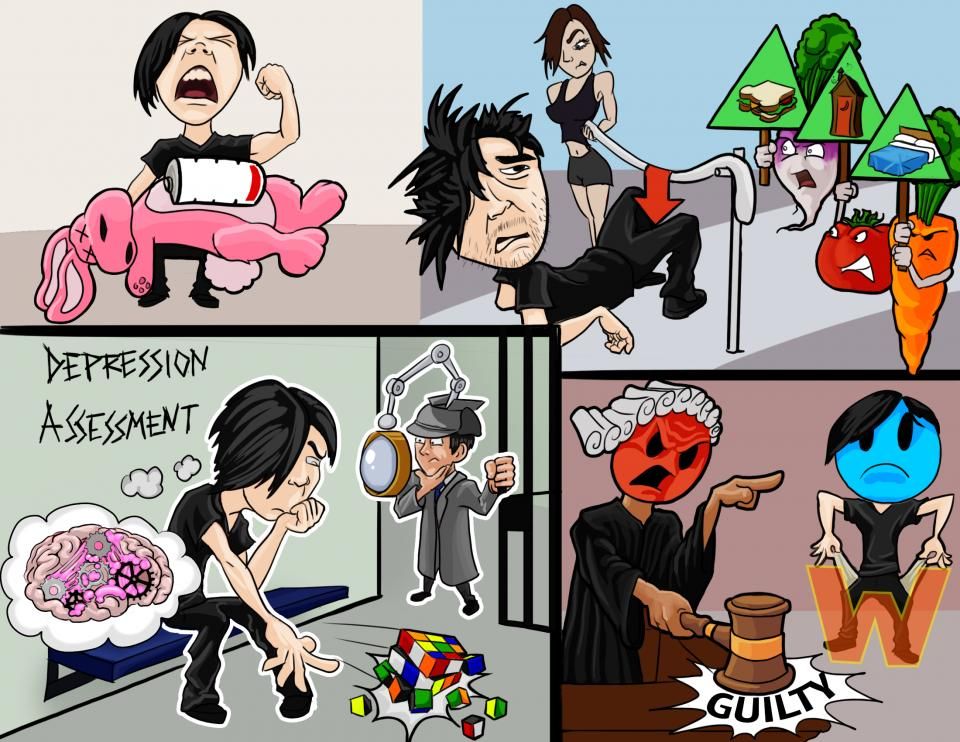 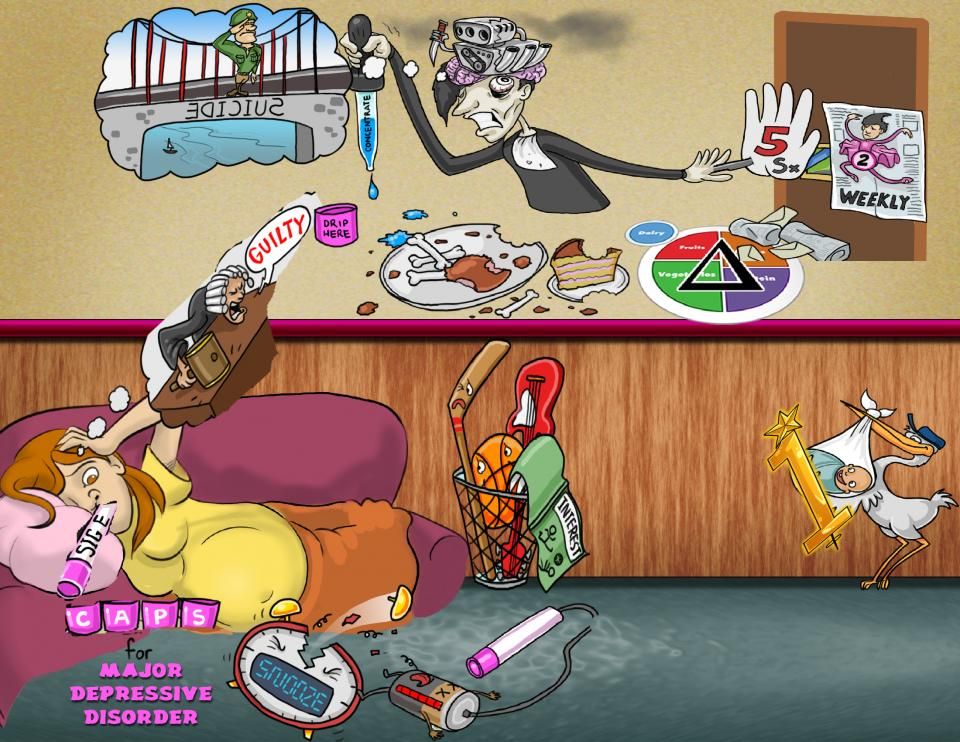 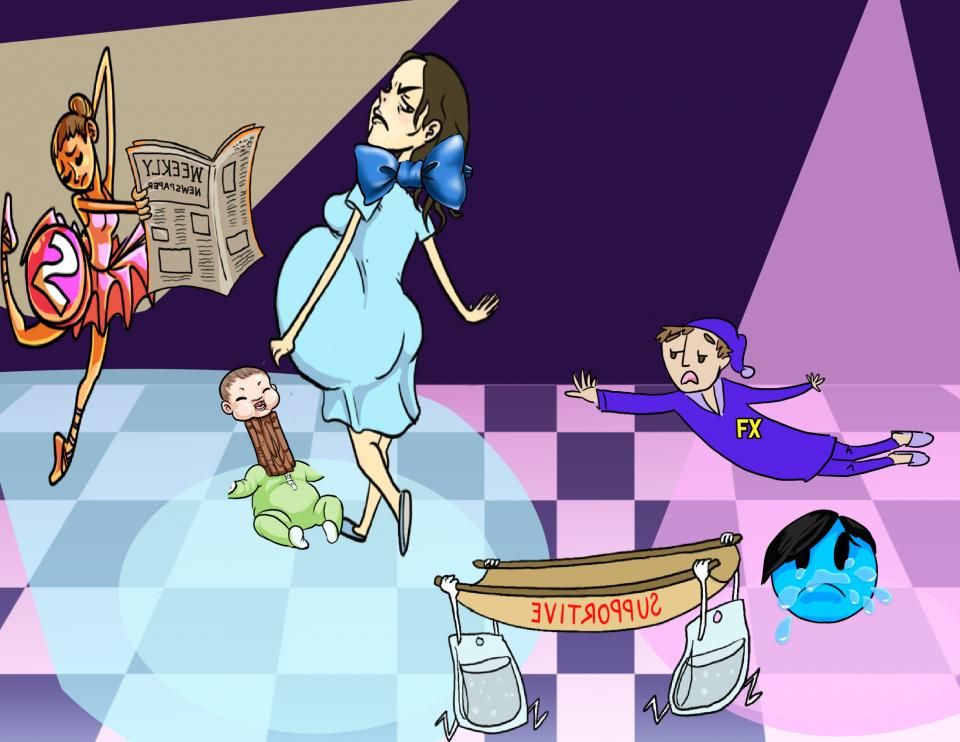 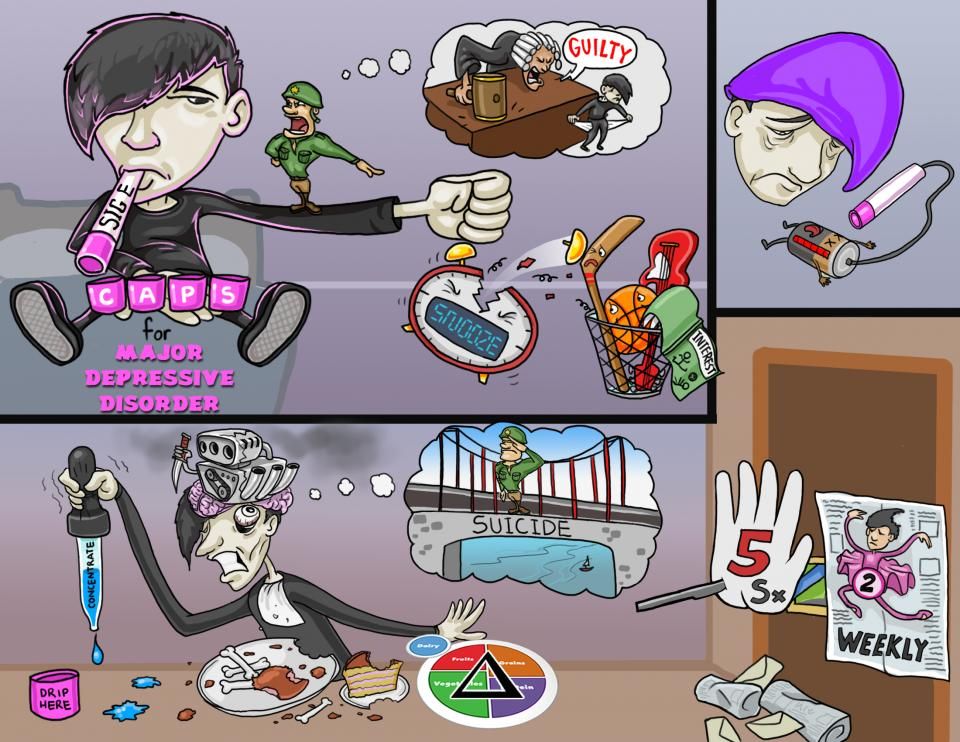 Mood disorders are a group of illnesses that describe serious changes in the emotional status that can interfere with day-to- day activities like working, studying, eating, and sleeping. Mood disorders can precipitate a substance addiction, and in some cases can lead to suicide.

Risk factors for mood disorders include a family history and personal trauma. However, the underlying cause is poorly understood. There’s usually an imbalance of serotonin, norepinephrine, and dopamine, which are neurotransmitters that help regulate mood, reward-motivated behavior, appetite, and sleep

Each of these neurotransmitters is thought to have an impact on specific symptoms, like norepinephrine on anxiety or attention, serotonin on obsessions and compulsions, and dopamine on attention, motivation, and pleasure.

Now, depression has also been associated with hyperactivity of the hypothalamic–pituitary–adrenal or HPA axis, leading to increased cortisol levels, as well as decreased hippocampal and frontal lobe volumes, decreased sleep latency and slow-wave sleep.

All of these are characterized by depressive episodes, which consist of nine major symptoms - the exception being persistent depressive disorder which accounts for only six of the milder symptoms.

The symptoms, regardless of the episode’s nature or disorder type, must be present for the entire duration of the episode and must affect most of the day, while also negatively impacting a person’s life.

The archetype of the depressive disorders is major depressive disorder. According to DSM-5, the disorder is characterized by episodes that last for at least two weeks and which involve changes in affect, cognition, and neurovegetative functions such as decreased ability to concentrate and fatigue.

The episodes must include five of the key symptoms that describe depressive episodes, and two of them should be the persistence of depressive mood and anhedonia, while the rest can be either of the remaining seven.

Family and friends may also be helpful by reporting symptoms that may otherwise be ignored or unobserved by the individual, especially when it comes to weight changes and loss of interest in pleasurable activities that the individual once enjoyed which are easier for an outsider to notice.

Other tools include self-rating symptom scales like the PHQ Depression Scale or the Hamilton Rating Scales, which an individual can use to rate how they feel.

Also, it is important to understand that periods of sadness and grief are normal aspects of every individual's life. They should not be diagnosed as a major depressive episode unless criteria are met for severity, five out of nine symptoms; duration, symptoms present most of the day for nearly every day over at least 2 weeks; and impairment,

They all share the same symptoms as major depressive disorder but are distinguished by having a specific trigger, or in the case of atypical depression, unique features.

Depression with atypical features is the most common subtype and has two unique features. One is mood reactivity, and it’s when patients have an improved mood when exposed to pleasurable or positive events.

Another is rejection sensitivity and it’s when patients feel anxious and overreact at the slightest evidence of rejection. Other key features include hyperphagia, hypersomnia and leaden paralysis, which is an unusually heavy feeling in the arms and legs.

Postpartum depression, which has an incidence rate of 10-15%, is thought to start after childbirth and have symptoms that last at least two weeks.

In many cases, however, the onset of depression occurs before childbirth, so a more accurate term is depressive disorder with peripartum onset. In other words, the onset happens during pregnancy or four to six weeks following delivery, but can appear up to one year later.

The exact cause isn’t understood, but it’s likely related to changes in estrogen and progesterone levels, along with the emotional and physical stress that can accompany the birth of a child.

Postpartum depression has to be differentiated from postpartum blues, where the incidence rate is 50-85%! This starts 2-3 days after delivery and typically resolves within 10 days.

Next up is major depressive disorder with seasonal pattern, where, symptoms appear during cold seasons due to a decreased exposure to sunlight, which also seems to improve them.

These features are usually in alignment with the person’s low mood, and may center around guilt, punishment, inadequacy, disease or death. The key here is that the psychotic features occur only during episodes of major depression.

This comes in contrast with schizoaffective disorder, which requires the presence of psychotic symptoms for at least two weeks without any mood symptoms present.

First, substance or medication-induced depressive disorder is when abuse or withdrawal from a substance like alcohol, opioids, cocaine or amphetamines causes the depressive episode.

For example, a depressed mood that occurs only in the context of withdrawal from cocaine would be diagnosed as cocaine-induced depressive disorder.

Depressive disorder due to another medical condition can be distinguished from major depression based on three particularities: first, the absence of depressive episodes prior to the onset of the medical condition. Second, the condition has the potential to cause depressive disorder, especially if it causes severe pain and physical disabilities, and third, symptoms resolve once the illness has been treated, or worsen as the condition gets worse too.

Next, in adjustment disorder with depressed mood, symptoms appear within 3 months of an identifiable stressor, such as changing schools or jobs, marriage, the loss of a relationship, or a severe illness, and rarely last more than 6 months after the stressor ends.

These symptoms lead to marked distress and/or functional impairment, but do not meet criteria for major depressive disorder.

Then, there’s premenstrual dysphoric disorder, which is when depressive symptoms occur during the luteal phase of the menstrual cycle - that is, 2 weeks before menstrual bleeding, and then the symptoms usually remit a few days after the onset of menses.

Here the symptoms of depression are more mild, meaning two or more of the following: a change in appetite, a change in sleep, fatigue or low energy, reduced self-esteem, decreased concentration or difficulty making decisions, and feelings of hopelessness or pessimism.

And these symptoms persist over longer periods of time, specifically two or more years in adults and one or more years in children or adolescents, with no symptom free period for >2 months. In contrast, the episodes in major depressive disorder last a medium of four weeks.

If, however, individuals present depressive symptoms that don’t meet the full criteria for any of the disorders above, clinicians can group them in two new disorders.

Now let’s switch gears and look at the other end of the spectrum, which includes conditions characterized by manic or hypomanic episodes, like bipolar I, II and cyclothymia.

A manic episode lasts for at least a week and is a state where at least three of the following seven symptoms should be present. First, individuals might feel an inflated self-esteem or grandiosity. Second, they might be more talkative than usual. Third, they might feel an urgency to keep talking. Fourth, they might have racing thoughts. Fifth, they might feel easily distracted or might pay excessive attention to irrelevant things, which might make a person move from one task to another without finishing any of them. Sixth, they might feel the need to achieve certain things, for example, an individual might spend more than twenty hours a day on social media just to reach a certain number of followers. Seventh, individuals might get involved in reckless things like sexual indiscretions or bad financial investments.

A hypomanic episode, on the other hand, includes a milder version of at least three of the same symptoms, and it lasts at least four days.

It’s important to distinguish between bipolar I, bipolar II, and cyclothymia. Bipolar I disorder has at least one manic episode that’s preceded or followed by a hypomanic or major depressive episodes.