An 18-year-old male patient comes to his pediatrician's office for a pre-college physical. He has no complaints within the past year, and review of systems is negative. He has a history of asthma controlled with an inhaled corticosteroid. He is not currently sexually active; he denies alcohol use and admits to using marijuana once weekly. There are no focal findings on physical examination. Which of the following preventive interventions is most appropriate for the patient at this point? 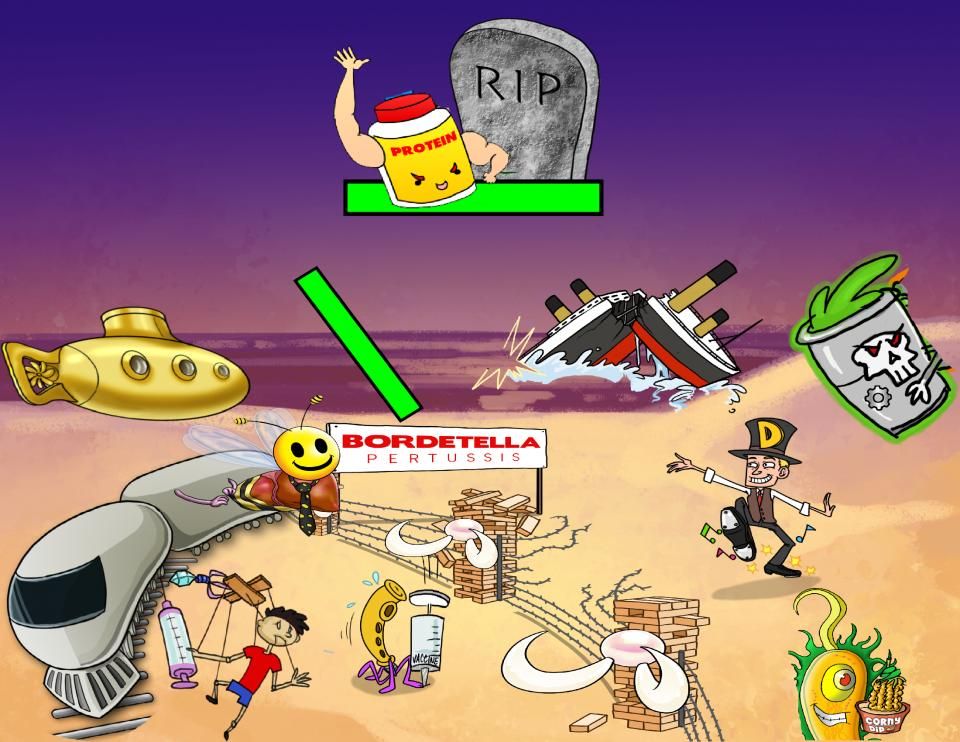 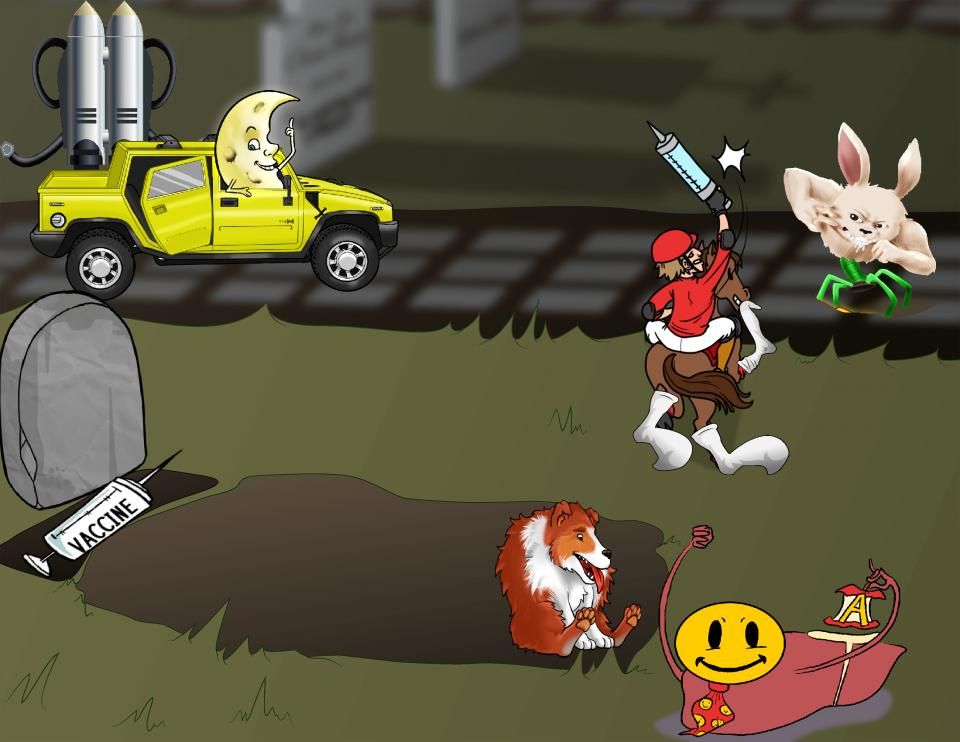 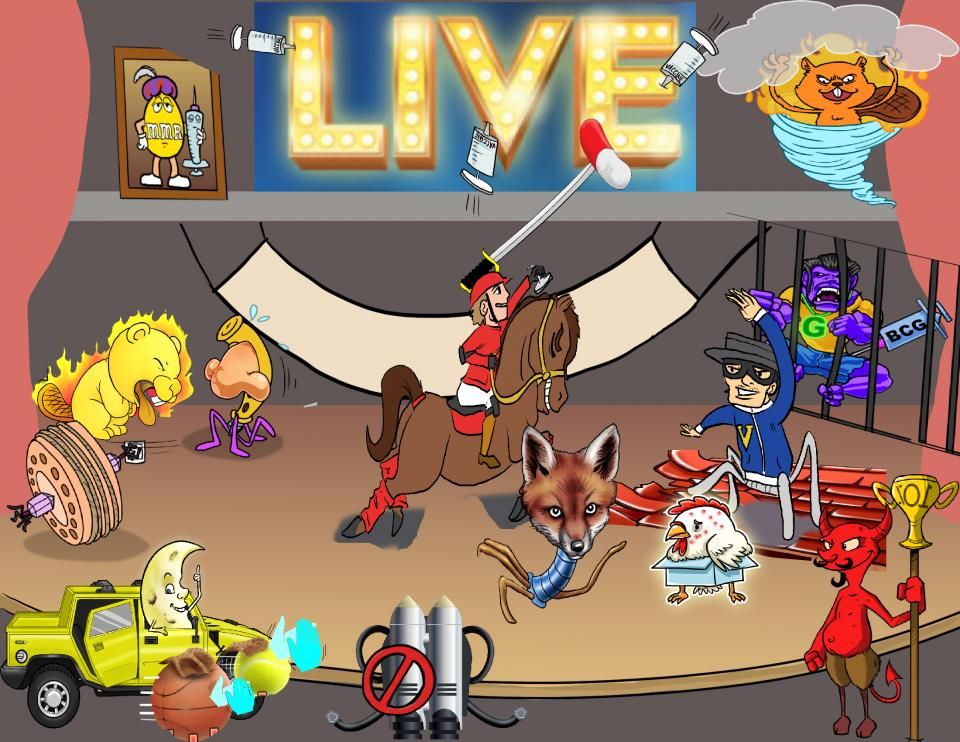 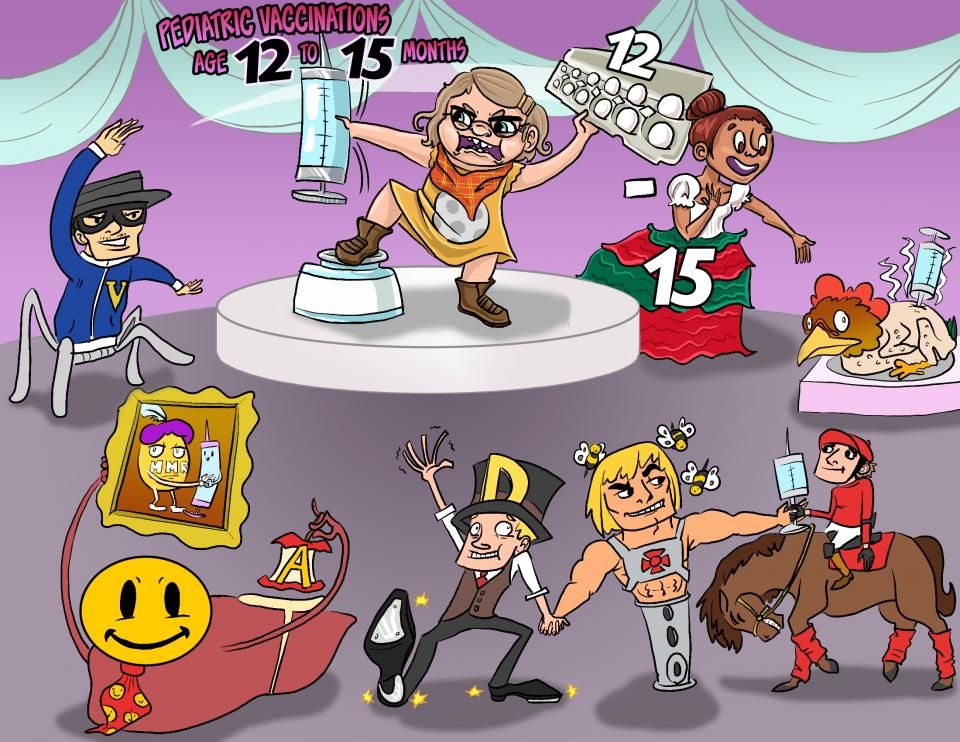 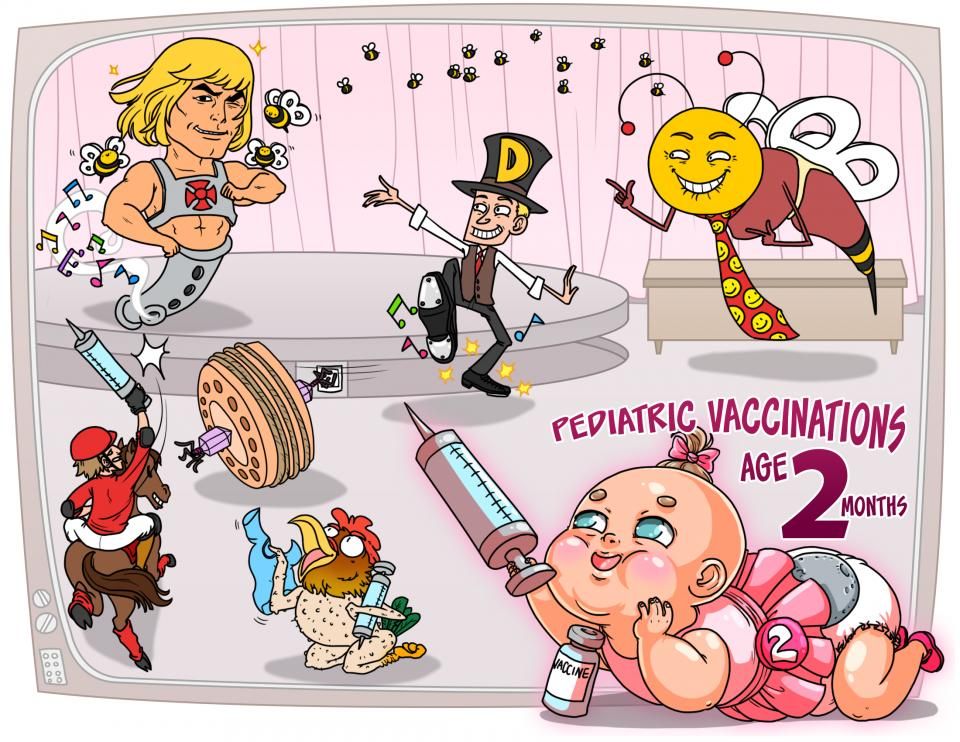 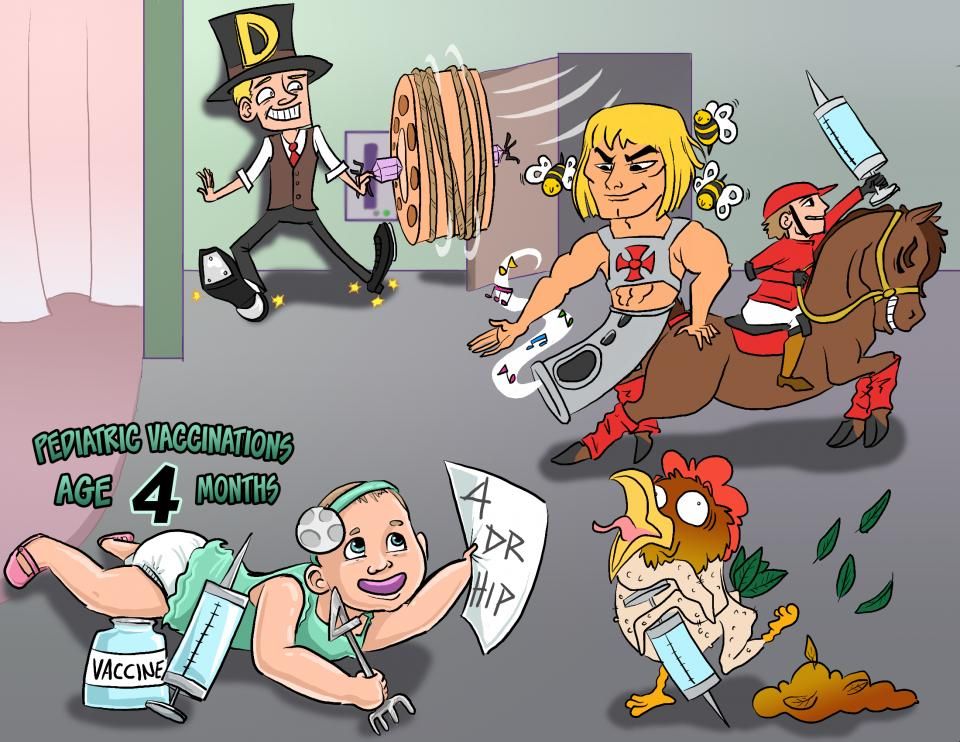 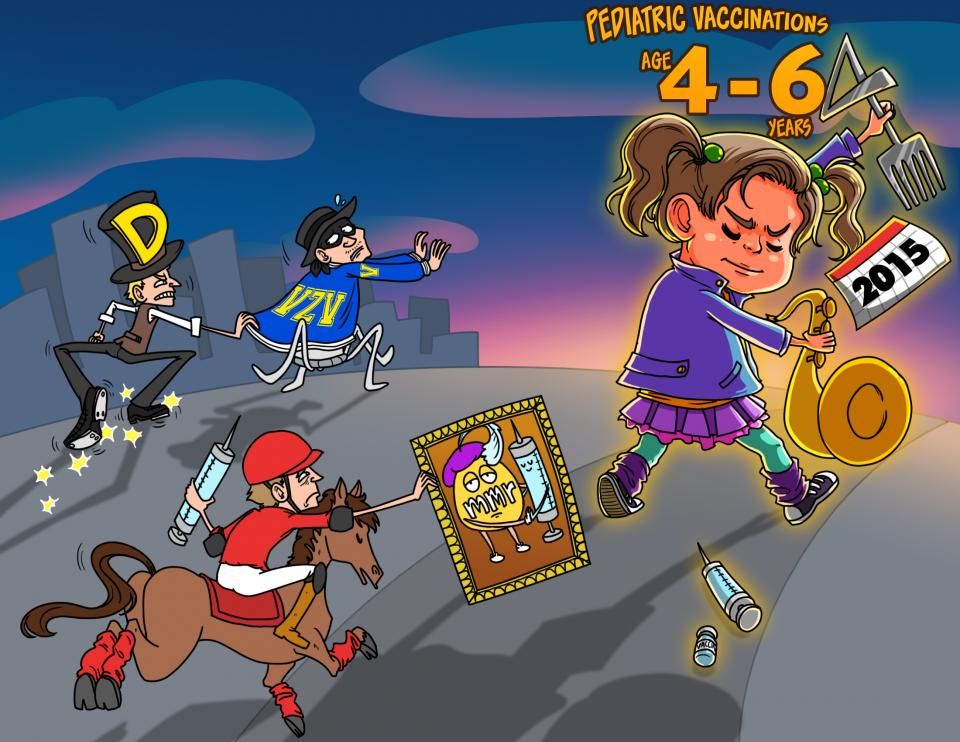 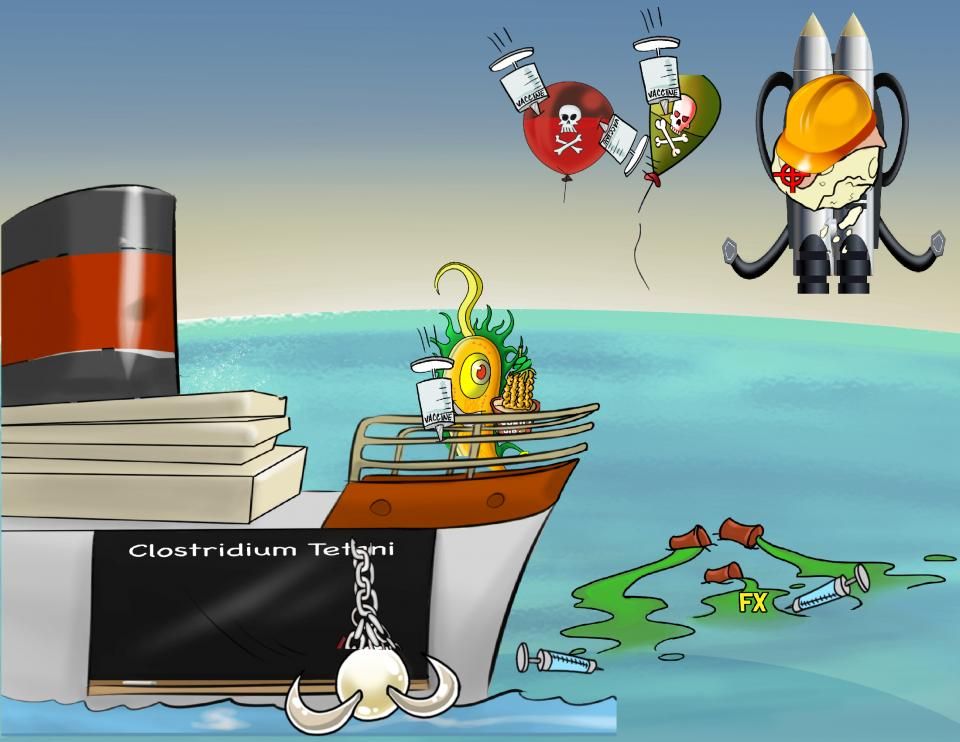 Vaccination is the process of generating a protective adaptive immune response against microbes by exposing the body to non-pathogenic forms of microbes or components of microbes.

Live attenuated vaccines contain pathogens that have been weakened in the laboratory and they’re used to protect against Measles, Mumps, Rubella, and Varicella - the MMR-V vaccine, Rotavirus, polio- the Oral Polio Vaccine or OPV, influenza- the nasal flu vaccine and Yellow fever.

Inactivated vaccines use a pathogen that has been killed in the laboratory and include vaccines against Hepatitis A, polio- the Inactivated Polio Vaccine or IPV, and Influenza- the inactivated influenza vaccine.

Subunit vaccines contain just a portion of the pathogens- like polysaccharides or proteins and this is done in vaccines against Haemophilus influenzae type B, Hepatitis B, human papillomavirus or HPV, Bordetella pertussis, Streptococcus pneumoniae, Neisseria meningitidis, and varicella zoster virus.

Finally, toxoid vaccines contain inactivated toxins produced by pathogens, and this is used in vaccines against Clostridium tetani which makes tetanus toxin and Corynebacterium diphtheriae which makes diphtheria toxin.

Toxoid vaccines are often combined with subunit vaccines to make a more immunogenic or strong vaccine. For example the TDaP and DTaP vaccine provides coverage against the toxins for tetanus and diphtheria, as well as the toxin and non-toxin antigens that are part of pertussis.

All of these vaccines can be administered one of four ways: intramuscularly, intradermally, subcutaneously, or orally.

Every year, each country publishes a routine vaccination schedule that includes which vaccines a child should be given depending on their age, as well as vaccine contraindications.

One contraindication for all vaccines is having a severe allergic reactions like anaphylaxis when given a previous dose of vaccine or having that sort of reaction to any vaccine component. Another one is having a moderate or severe infection with or without fever, that doesn’t include having a mild upper respiratory tract infections.

Vaccines can also cause some side effects. For intramuscularly, intradermally, and subcutaneous injections, there can be pain, swelling, or redness at the injection site. There can be systemic symptoms like fever, malaise, headache, loss of appetite, and irritability. These typically start within 24 hours of the injection and improve over two days.

Now, in rare situations, so between one in 100,000 and one in a million, there can be more serious reactions. For example, more redness - spanning more than 3 inches or 7.5 cm at injection site, prolonged irritability, a fever above 104° F or 40° C, seizures, thrombocytopenia, or even anaphylaxis. With these rare situations, it’s sometimes hard to know if it was due to the vaccine itself or from something else.

In any case, even when accounting for these sorts of rare situations, the benefits from avoiding the diseases still far outweigh the risks from the vaccines.

Some strategies that decrease pain for infants are breastfeeding or giving sweet- tasting solutions during the vaccination procedure, distraction techniques and tactile stimulation, which means rubbing near the injection site prior and during the injection.

Then, for all children, optimizing the injection technique- for example, avoiding aspiration, which worsens pain, and ordering the vaccines so that the most painful one is administered last, also seems to help. Topical anesthetic creams, like 5% lidocaine, may also be applied to decrease pain.

On the other hand, giving oral analgesics, like acetaminophen or ibuprofen, before the vaccine are not recommended.

Okay, now, let’s dive into the US vaccination schedule. We’ll start with the Hepatitis B vaccine. It’s a subunit vaccine against Hepatitis B virus, which is a major cause of hepatitis and liver cancer. It’s administered intramuscularly in a total of three doses.

The vaccine is contraindicated in infants with a severe allergic reaction to baker’s yeast, like that contained in bread, because it’s a vaccine component.

Next, there’s the Rotavirus vaccine which prevents rotavirus diarrhea, a major cause of dehydration and mortality in children worldwide.

Alright, now, the DTaP vaccine protects against diphtheria, which causes a severe form of pharyngitis that can cause airway obstruction, tetanus, which causes muscle spasms and respiratory arrest, and pertussis which causes apnea in infants and whooping cough in young children and adults.

Another vaccine is TdaP, which also protects against tetanus, diphtheria, and pertussis, but contains a reduced concentration of the diphtheria and pertussis antigens.

There’s also the Td vaccine which protects against tetanus and diphtheria, but not pertussis.

Now, besides the routine childhood vaccination schedule, a person might need a Td booster or a Tetanus immunoglobulin, or TIG for short, or both of these, if they have a wound.

If an individual has received less than 3 tetanus toxoid doses from any vaccine over their lifetime, then TIG is given along with Td.

Individuals that have received at least 3 tetanus toxoid doses over their lifetime, regardless of how long ago, don’t need TIG, but may need Td.

If the wound is both clean and minor, and the last dose of tetanus toxoid was given over 10 years ago, then we give a Td booster.

If the wound is dirty, for example contaminated with dirt, feces, or saliva, no matter if it has been washed out, or severe, like a deep penetrating or puncture wound, and the last dose was given over 5 years ago, then we give a Td booster.

One contraindication to the DTaP and TdaP vaccines are signs of encephalopathy, like coma, altered level of consciousness, or seizures within 7 days of a previous vaccine dose. That’s because encephalopathy was associated with an older whole-cell pertussis vaccine preparation. Another contraindication is for individuals that developed Guillain-Barre syndrome within 6 weeks of a previous vaccine dose, because Guillain-Barre syndrome has been linked to the DTaP, TdaP and Td vaccines.

And PPSV23 is given to children older than 2 years old with special medical conditions. Specifically, children with chronic heart or lung disease, diabetes mellitus, cerebrospinal fluid leaks, and cochlear implants, should receive a single dose of PPSV23, at least 8 weeks after the PCV13 series is complete.

Children with sickle cell disease or other hemoglobinopathies, congenital or acquired asplenia, or splenic dysfunction, HIV infection, chronic renal failure or nephrotic syndrome, congenital immunodeficiency or treatment with immunosuppressive drugs or radiation therapy should receive 2 doses of PPSV23, the first dose at least 8 weeks after the PCV13 series is complete, and a second dose at least 5 years later. There are no specific contraindications.