What Is It, Diagnosis, and Treatment

What is a Le Fort fracture?

Le Fort fractures, also known as midaxillary fractures, are a group of fractures that affect the midface of the skull and collectively involve a partial or complete separation of the midface from the skull. The midface refers to the area spanning between the outer corners of the eyes and the corners of the mouth, consisting of the nose, cheeks, and area above the upper lip. Le Fort fractures typically involve the pterygoid plates of the sphenoid bones, which form the base of the skull, extending behind the eye and below the front part of the brain. The pterygoid plates are projections of the sphenoid bones and connect the midface to the sphenoid bones. A Le Fort fracture may cause an obstruction of the airway which can be life threatening if not properly recognized and treated by a medical professional.

There are three types of Le Fort fractures that can be classified according to the specific plane of injury. In a Le Fort type I, the plane of injury is horizontal and typically results in a separation of the teeth from the upper face. The horizontal fracture line generally passes through the alveolar ridge which is the bony socket that holds the teeth, the lateral nose, and the inferior part of the maxillary sinus, one of the four nasal sinuses that resides near the nose.

Le Fort type II presents with a pyramidal-shaped fracture. The upper teeth make up the base and the nasofrontal suture— a band of tissue connecting the frontal bone and the nasal bones—makes up the point or apex of the pyramidal fracture. The pyramidal plane of fracture can again occur through the alveolar ridge (an extension of the upper jaw) and maxillary sinuses, but typically also extends through the orbital rim (eye socket) and nasal bones.

In a Le Fort type III, the plane of injury is transverse, or horizontal, similar to type I; however, in type III, injury typically begins at the nasofrontal area and extends across the orbital walls, zygomatic arch (cheek bone), and pterygoid plates. A type III Le Fort fracture is the most extensive as it can result in a complete dislocation of the midface from the base of the skull, known as a craniofacial dislocation. 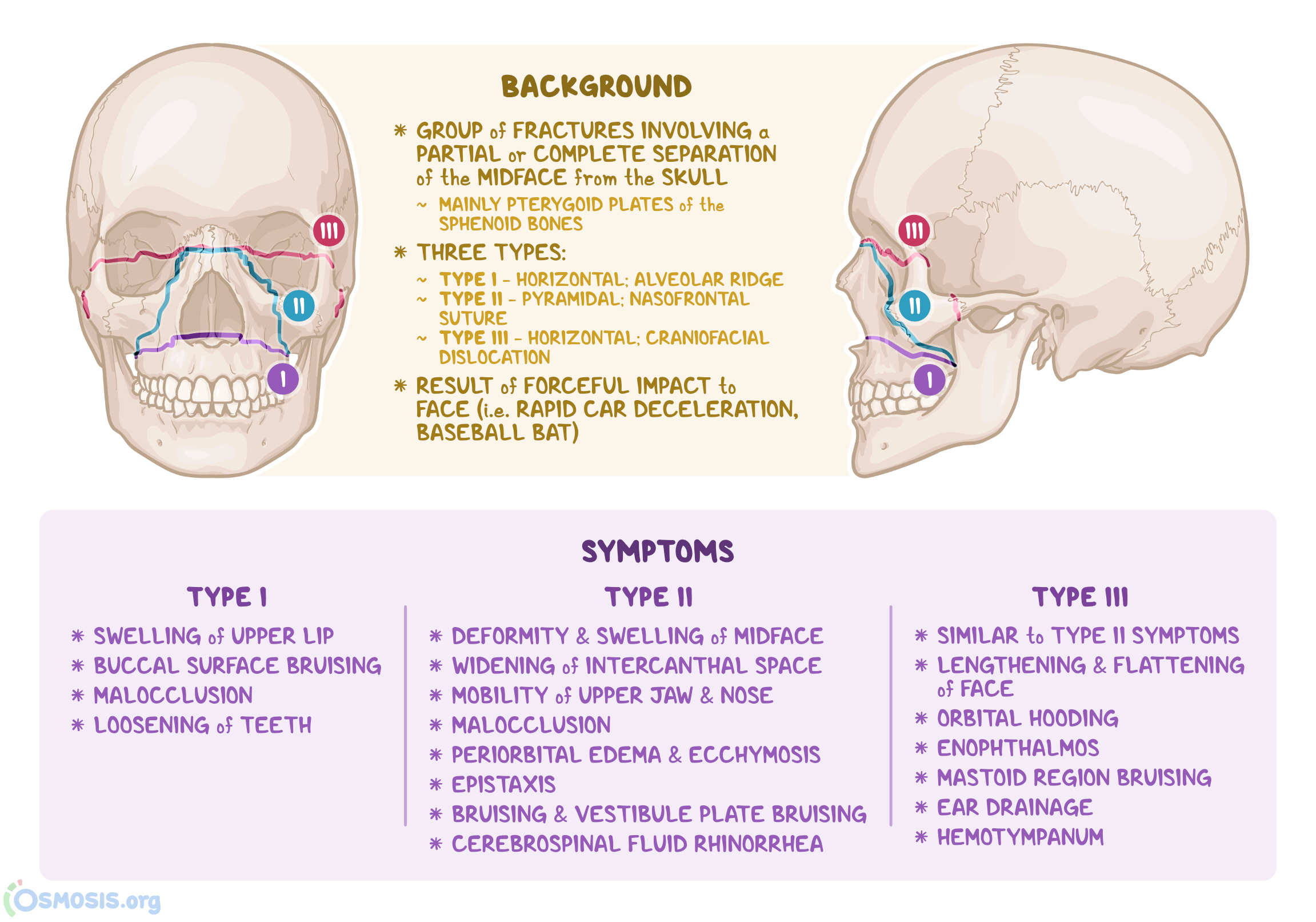 What causes a Le Fort fracture?

Le Fort fractures are typically the result of forceful impact to the face. They are often caused by rapid deceleration car crashes in which the midface strikes a stationary object, such as the car’s dashboard. It can also occur if the midface is struck by a rigid object, such as a baseball bat. If the force is directed at the midface straight on, a Le Fort type I or II typically results. If the force is directed downward, a type III typically results.

How do you diagnose and treat a Le Fort fracture?

A review of the individual’s medical history and a thorough physical examination is essential in diagnosing a Le Fort fracture. The clinical presentation of an individual's fracture, along with their various signs and symptoms can assist in diagnosing and treating the specific fracture.

Type I fractures typically present with slight swelling of the upper lip, bruising in the buccal surface (adjacent to the gums inside the mouth), imperfect positioning of the teeth (malocclusion), and loosening of the teeth.

Type II fractures typically present with significant deformity and swelling of the midface, widening of the space between the inner corners of the eyelids (i.e. intercanthal space), mobility of the upper jaw and nose, and malocclusion of the teeth. Additionally, one might have swelling around the eyes (periorbital edema), discoloration and bruising around the eyes (periorbital ecchymosis), nose bleeding (epistaxis), and bruising of the buccal and vestibule plate, which make up the space between the teeth and the gums. Also common is the occurrence of cerebrospinal fluid rhinorrhea, which often appears as a very watery runny nose.

Finally, type III fractures typically present with similar symptoms to type II, in addition to significant lengthening and flattening of the face, increased skin on the upper eyelid (orbital hooding), backwards displacement of the eyelid (enophthalmos), and bruising of the mastoid region, which is found behind the ear. Individuals may also experience ear drainage and the presence of blood in the middle ear (hemotympanum).

A computerized tomography (CT) scan of the facial bones is often required to fully assess the extent of the injury.

Treatment of a Le Fort fracture usually requires prompt stabilization of the fracture followed by surgery, in order to restore the typical facial orientation, re-establish proper positioning of the teeth, restore involved sinus cavities, and reunify the nose and eye socket.

What are the most important facts to know about a Le Fort fracture?

Le Fort fractures are a group of fractures that occur when the midface is either partially or fully separated from the skull. The classification of Le Fort fractures is based on the plane of injury: type I is a horizontal injury, type II is a pyramidal injury, and type III is a very extensive transverse injury that often results in a craniofacial dislocation. They can be differentiated by the presenting signs and symptoms of the individual and diagnosed through a CT scan. Treatment involves stabilization and surgery to repair and restore the face. 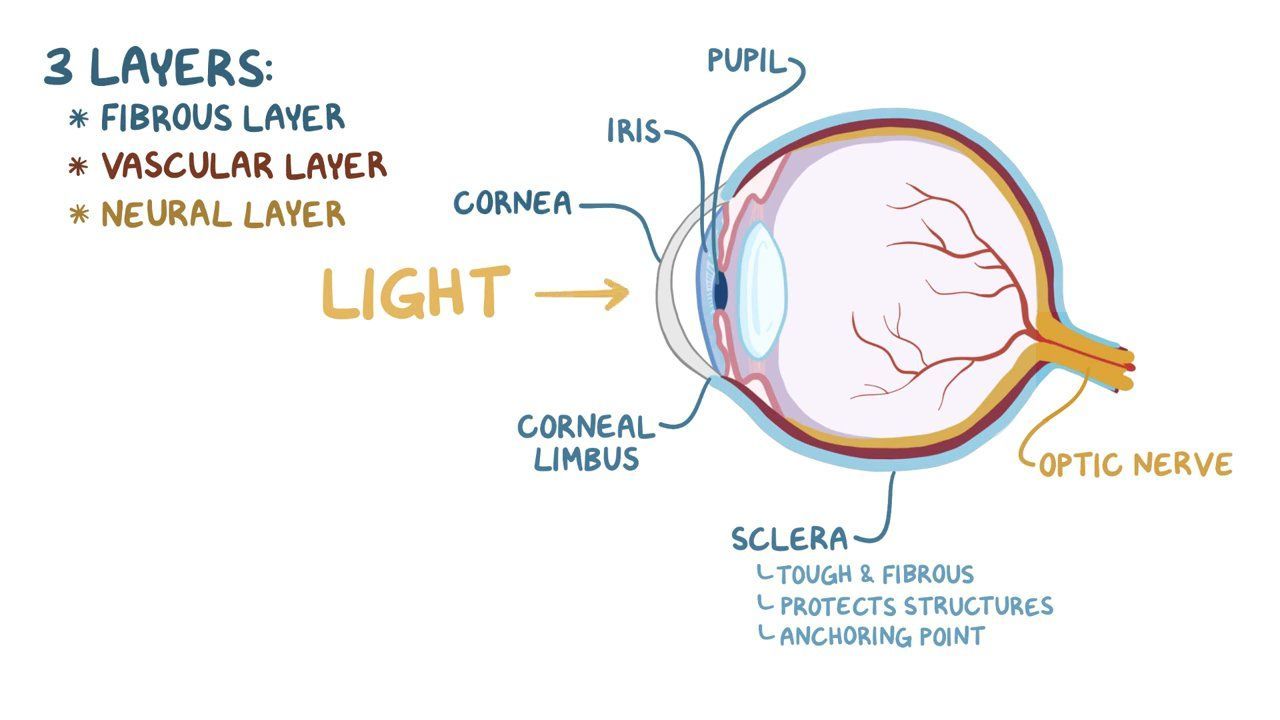 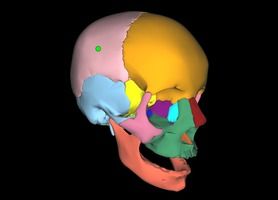 Anatomy and physiology of the eye
Bones of the skull