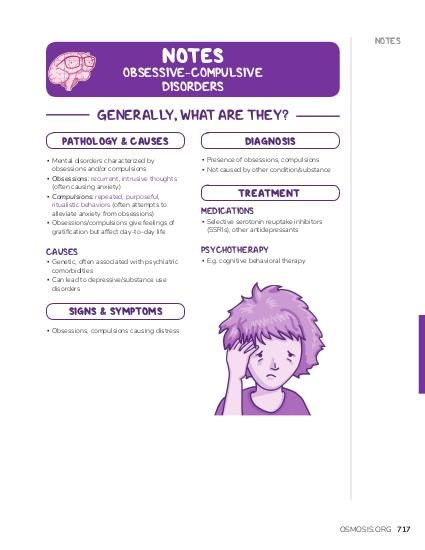 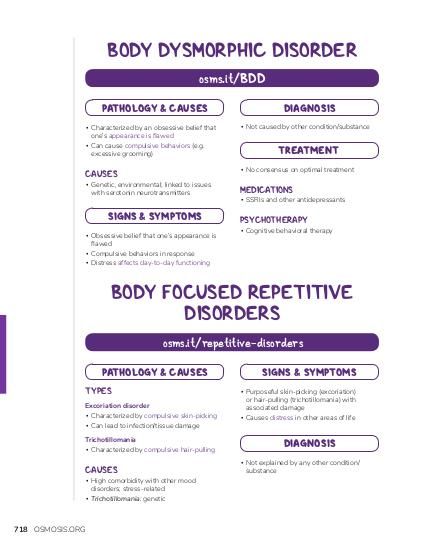 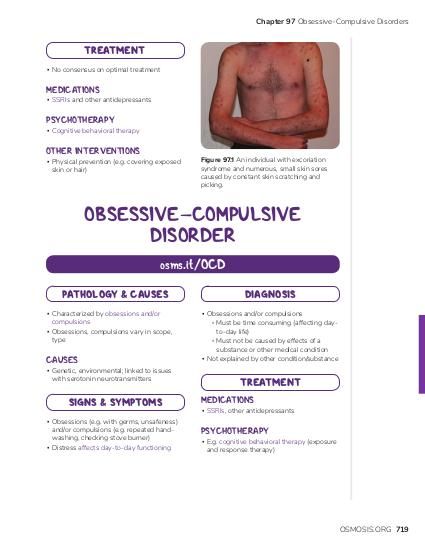 Obsessive-compulsive disorder is characterized by thoughts, feelings, or sensations that cause distress and are partly relieved by performing certain repetitive actions.

An 18-year-old woman who is a college student, presents to the outpatient psychiatric clinic with multiple scabs on her arms. She has a history of attention deficit hyperactivity disorder (ADHD). She states that for the two months, she has been having thoughts of driving herself and her brother off a cliff. She states that her brother, who is 10 years older than her, is alive and well. However, she can’t get these images of her brother out of her head, and reports that it is causing her mental distress that she relieves by scratching and picking at her arms. Which of the following is the most likely diagnosis? 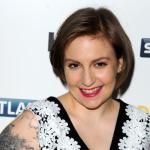 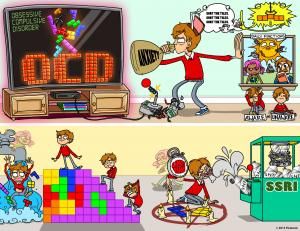