What Is It, Steps, and More

What is the coagulation cascade?

The coagulation cascade, or secondary hemostasis, is a series of steps in response to bleeding caused by tissue injury, where each step activates the next and ultimately produces a blood clot. The term hemostasis is derived from “hem-”, which means “blood”, and “-stasis”, which means “to stop.” Therefore, hemostasis means to stop bleeding. There are two phases of hemostasis. First, primary hemostasis forms an unstable platelet plug at the site of injury. Then, the coagulation cascade is activated to stabilize the plug, stopping blood flow and allowing increased time to make necessary repairs. This process minimizes blood loss after injuries. 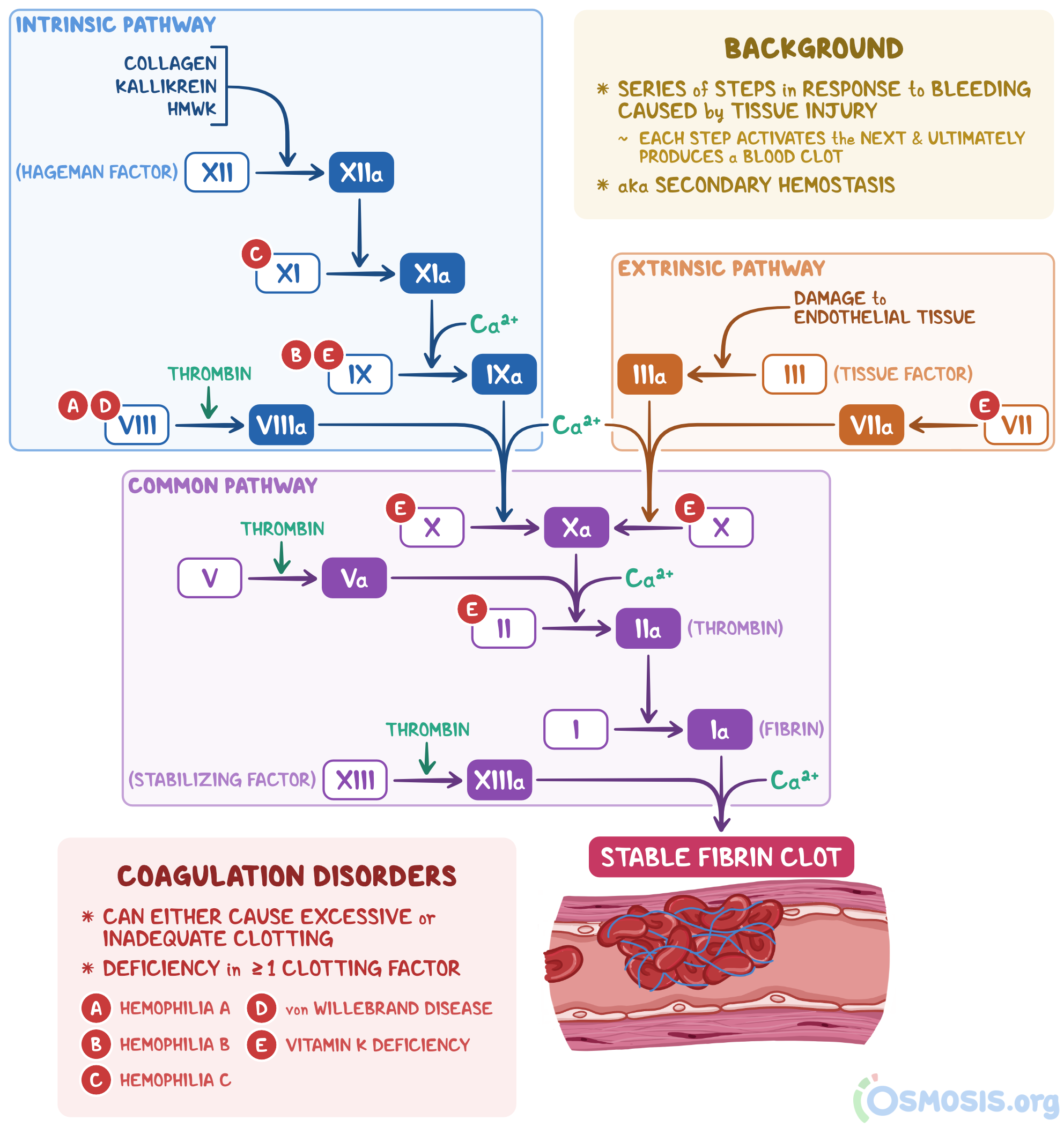 What are the three pathways of coagulation?

The extrinsic pathway begins when there is injury to the endothelial tissue (i.e., skin tissue), exposing tissue factor (factor III) to the blood. Tissue factor then becomes bound with calcium and factor VIIa to activate factor X. Factor VII is present in the blood and requires vitamin K to be activated.

Meanwhile, the intrinsic pathway begins when factor XII or the Hageman factor is exposed to collagen, kallikrein, and high molecular weight kininogen (HMWK) and is subsequently activated. Factor XIIa activates factor XI into XIa. With a calcium ion, factor XIa activates factor IX. Then, factor IXa, factor VIIIa, and calcium form a complex to activate factor X. Factor VIII is found in the blood and is often activated by thrombin (factor IIa).

The common pathway may result after the activation of factor X at the end of either pathway. The common pathway begins when factor Xa, Va, and calcium bind together, forming a prothrombinase complex. The prothrombinase complex then activates prothrombin (factor II) into thrombin (factor IIa). Next, thrombin cleaves fibrinogen (factor I) into fibrin (factor Ia). Afterwards, thrombin cleaves the stabilizing factor (factor XIII) into XIIIa. Factor XIIIa binds with calcium to then create fibrin crosslinks to stabilize the clot. Thrombin has several functions, including activating platelets (cell fragments involved in clot formation) and activating factors V, VIII, and IX.

When is fibrin produced during the coagulation cascade?

Fibrin (factor Ia) is a long, thin protein with branches produced at the end of the coagulation cascade when fibrinogen (factor I) is converted to fibrin, which stabilizes the blood clot.

What is the main goal of coagulation?

The main goal of coagulation is to form a stable blood clot to stop bleeding and allow time for the tissue to be repaired.

What are coagulation disorders?

What are the most important facts to know about the coagulation cascade?

The coagulation cascade refers to the series of steps that occur during the formation of a blood clot after injury by activating a cascade of proteins called clotting factors. There are three pathways: intrinsic, extrinsic, and common. The intrinsic pathway is activated by factors in the blood, while extrinsic is activated by tissue factor. Both pathways result in activation of factor X leading into the common pathway, which ends with converting fibrinogen into fibrin to form a stabilized blood clot. Coagulation disorders occur when there is a deficiency in a clotting factor involved, and the most common disorders are hemophilia and vitamin K deficiency.

Quiz yourself on Coagulation Cascade 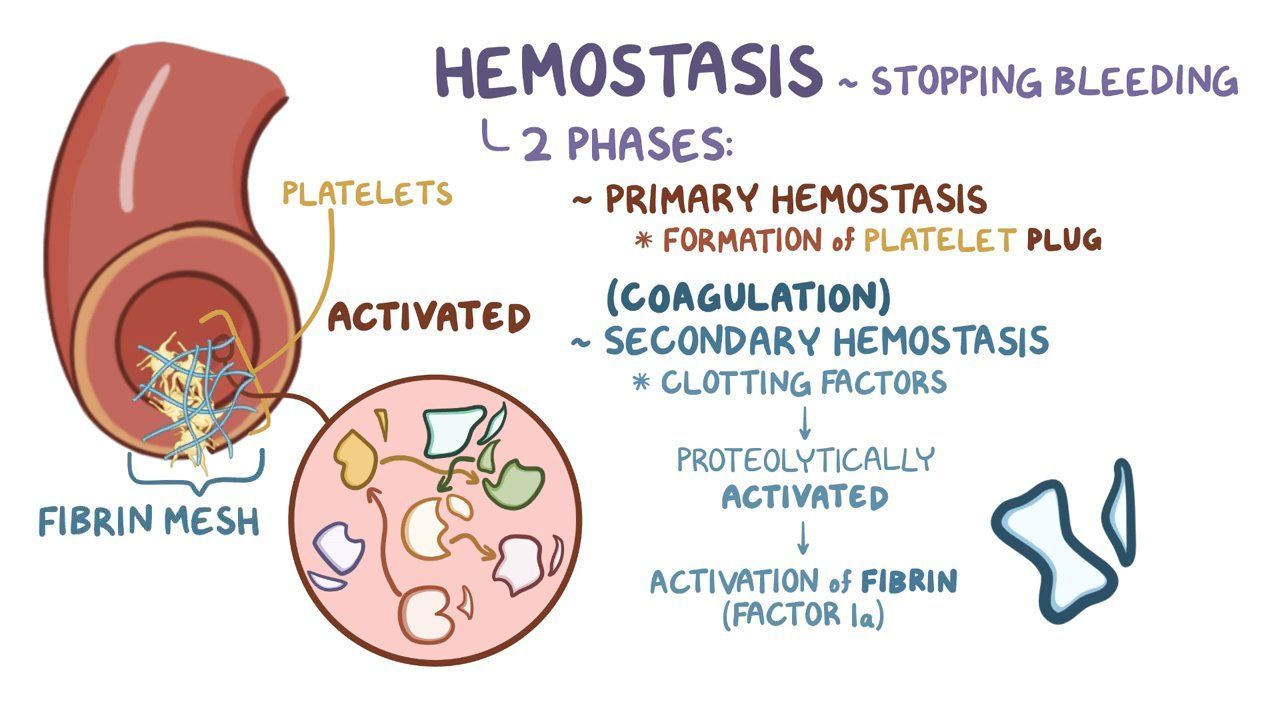 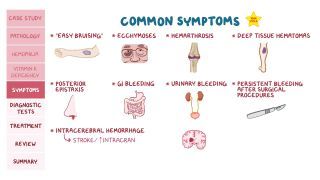 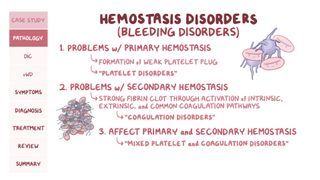 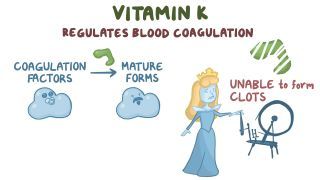 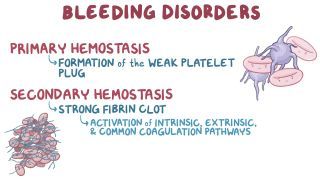