What are esophageal varices? Esophageal varices are a direct complication of portal hypertension: a condition caused by increased blood pressure in the portal vein, which is the blood vessel that carries blood from the gastrointestinal system to the liver. In most cases, the underlying cause of portal hypertension is cirrhosis, which is when the liver becomes severely scarred as a result of years of continuous injury. The most common causes of cirrhosis include chronic viral hepatitis B or C, alcohol abuse, and fatty liver disease.

In individuals with cirrhosis, esophageal varices develop when blood flow through the liver is obstructed by scarring. When this happens, blood accumulates in the portal vein, causing pressure to rise within the portal system. Increased portal pressure leads to the formation of portosystemic collaterals, which shunt some of the portal blood flow to the systemic circulation in order to reduce portal pressure. These collaterals develop in watershed areas that receive drainage from both the portal and systemic systems, including the lower esophagus, stomach, abdominal wall, and rectum. Because these blood vessels were not designed to resist the higher pressure, the veins in the esophagus and other watershed territories begin to expand, resulting in varices.

It’s important to note that, although cirrhosis is the most common cause of portal hypertension, there are many other causes that can lead to this condition, including portal vein thrombosis, other liver diseases (e.g., congenital hepatic fibrosis, veno-occlusive disease, etc.), right-sided heart failure, and schistosomiasis.

What are the signs and symptoms of esophageal varices?

Esophageal varices do not cause any symptoms until they leak or rupture, leading to potentially severe blood loss. Gastrointestinal bleeding from esophageal varices can present with hematemesis, or vomiting blood; melena, which is the passing of black, tarry stools; or hematochezia, which refers to the presence of bright red blood in stool.

How are esophageal varices diagnosed?

Esophageal varices are diagnosed during an upper endoscopy and can be seen as dilated veins in the esophagus. An upper endoscopy, also known as an esophagogastroduodenoscopy (EGD), is a procedure that uses a thin scope with a camera to look at the inside of the upper digestive tract (i.e., esophagus; stomach; and duodenum, which is the first section of the small intestine).

Once esophageal varices are identified, they can be graded based on their size and risk of bleeding. Varices with a higher risk of bleeding include those larger than 5 mm and those that have red wale signs (i.e., red spots or longitudinal streaks on varices suggestive of recent hemorrhage or increased risk of bleeding). Sometimes, varices can show signs of a recent hemorrhage, including a visible blood vessel, blood clot, or hematin covered ulcer. In such cases, treatment generally depends on the risk of rebleeding.

How are esophageal varices treated?

Once esophageal varices have developed, treatment focuses on preventing bleeding. One of the most important ways to reduce the risk of bleeding is halting the progression of the underlying disease, if possible. Additionally, non-selective beta-blockers, such as propranolol or nadolol, may be administered to individuals in order to decrease portal blood flow. Individuals with contraindications to receive beta-blockers, or those who prefer not to, may benefit from band ligation: a procedure in which small rubber bands are placed on the varices to prevent them from bleeding.

In cases where variceal bleeding has already occurred, treatment consists of supportive measures, including fluid resuscitation, blood transfusion, antibiotics, and vasoactive agents (e.g., octreotide, somatostatin, vasopressin) that aim to decrease portal blood flow. An upper endoscopy should be performed as soon as possible to confirm the diagnosis and stop the bleeding, preferably within 12 hours of presentation. Currently, the treatment of choice is an emergency variceal ligation. If there is massive bleeding or if endoscopic therapy fails to stop the bleeding, then temporary hemostatic measures (e.g., balloon tamponade) may be used as a bridge to a more definitive treatment.

Definitive treatment for portal hypertension generally involves a transjugular intrahepatic portosystemic shunt (TIPS), which creates a path between the portal and systemic circulations in order to lower portal pressure. To create this path, a stent is placed between the portal and hepatic vein, connecting the two circulations and bypassing the liver. Finally, in individuals with end-stage liver disease, the best treatment option may be liver transplantation.

Can esophageal varices be cured?

Once they develop, esophageal varices may vary in size depending on the evolution of the underlying disease but rarely resolve completely. In all cases, though, treatment is centered on preventing and reducing the risk of complications, rather than treating the esophageal varices.

What are the most important facts to know about esophageal varices?

Esophageal varices are dilated veins located within the lining of the lower end of the esophagus. They are most often caused by portal hypertension, which is typically a result of liver cirrhosis. Gastrointestinal bleeding from esophageal varices is a medical emergency that requires urgent diagnosis and treatment, usually via upper endoscopy and variceal ligation, respectively. To prevent the bleeding from happening again, individuals may receive beta-blockers to reduce portal blood flow. Alternatively, a technique called TIPS may be performed to decrease portal pressure and the risk of future complications.

Quiz yourself on Esophageal Varices 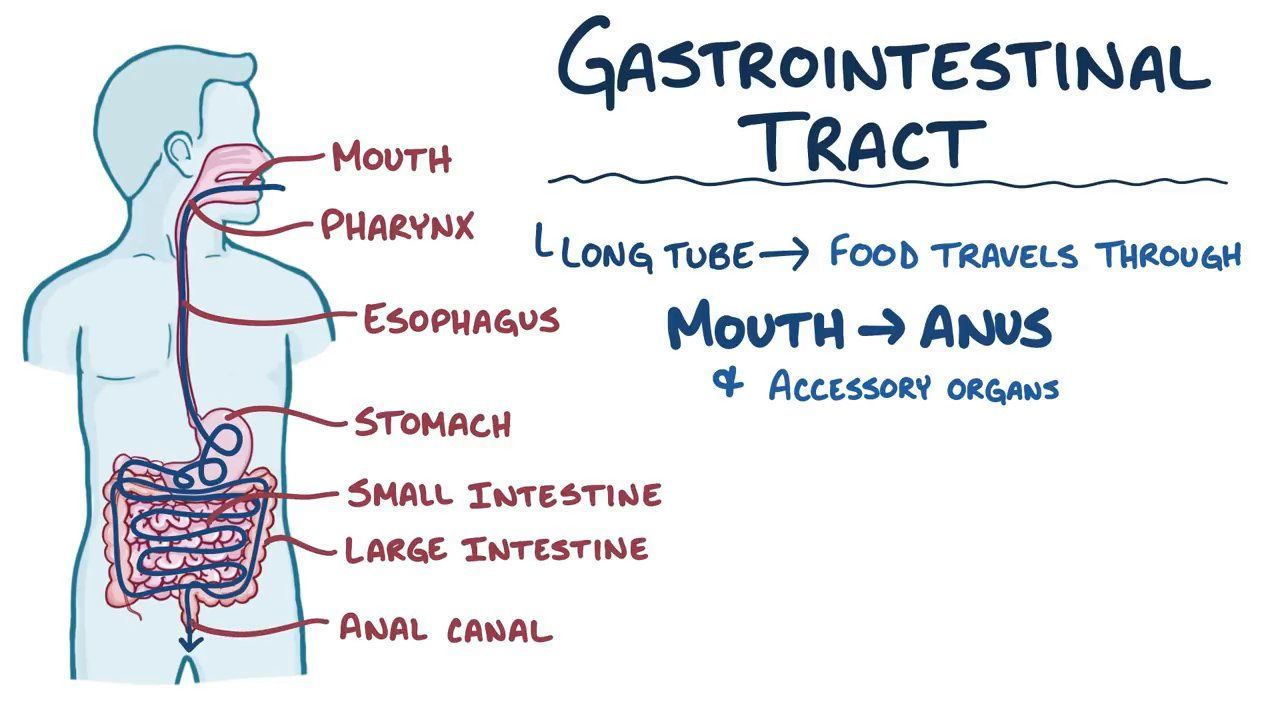 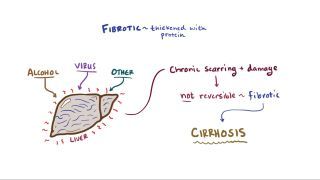 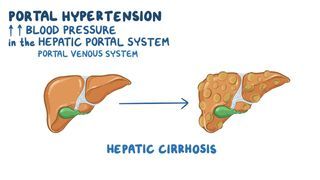 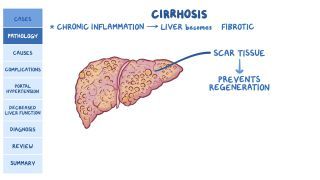 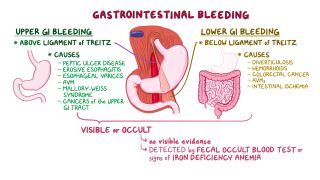