Hyperorality refers to the compulsive need to place both edible and inedible objects in one’s mouth. It is often associated with Klüver-Bucy syndrome, a neuropsychiatric disorder characterized by damage to the temporal lobes of the brain. Such damage can be caused by traumatic brain injuries, infections, stroke, degenerative brain diseases (e.g., frontotemporal dementia), and, more rarely, tumors.

The temporal lobe is one of the four major lobes of the brain, and it is responsible for many different functions, including recognition of faces and objects, formation of new memories, language comprehension, and emotion processing. The temporal lobe also plays a role in the reward system of the brain, which motivates and reinforces behaviors that elicit positive feelings (e.g., eating food, engaging in sex).

As a result of damage to the temporal lobes, individuals with Klüver-Bucy syndrome may experience unusual behaviors, such as hyperorality. Certain individuals may also experience hyperphagia, which is compulsive overeating, or hypersexuality, an elevated sex drive, which may sometimes be associated with specific sexual interests. Other symptoms include the inability to recognize familiar faces and objects, loss of memories, and a decreased fear response. Some of the symptoms associated with Klüver-Bucy syndrome may improve over time, but others, including hyperorality, tend to persist indefinitely.

In individuals with frontotemporal dementia, hyperorality can be accompanied by other behavioral manifestations. These may include personality changes (e.g., suddenly becoming hostile towards a family member), socially inappropriate behaviors due to a lack of inhibition, and difficulty finding words when speaking. Pick’s disease is one kind of frontotemporal dementia. 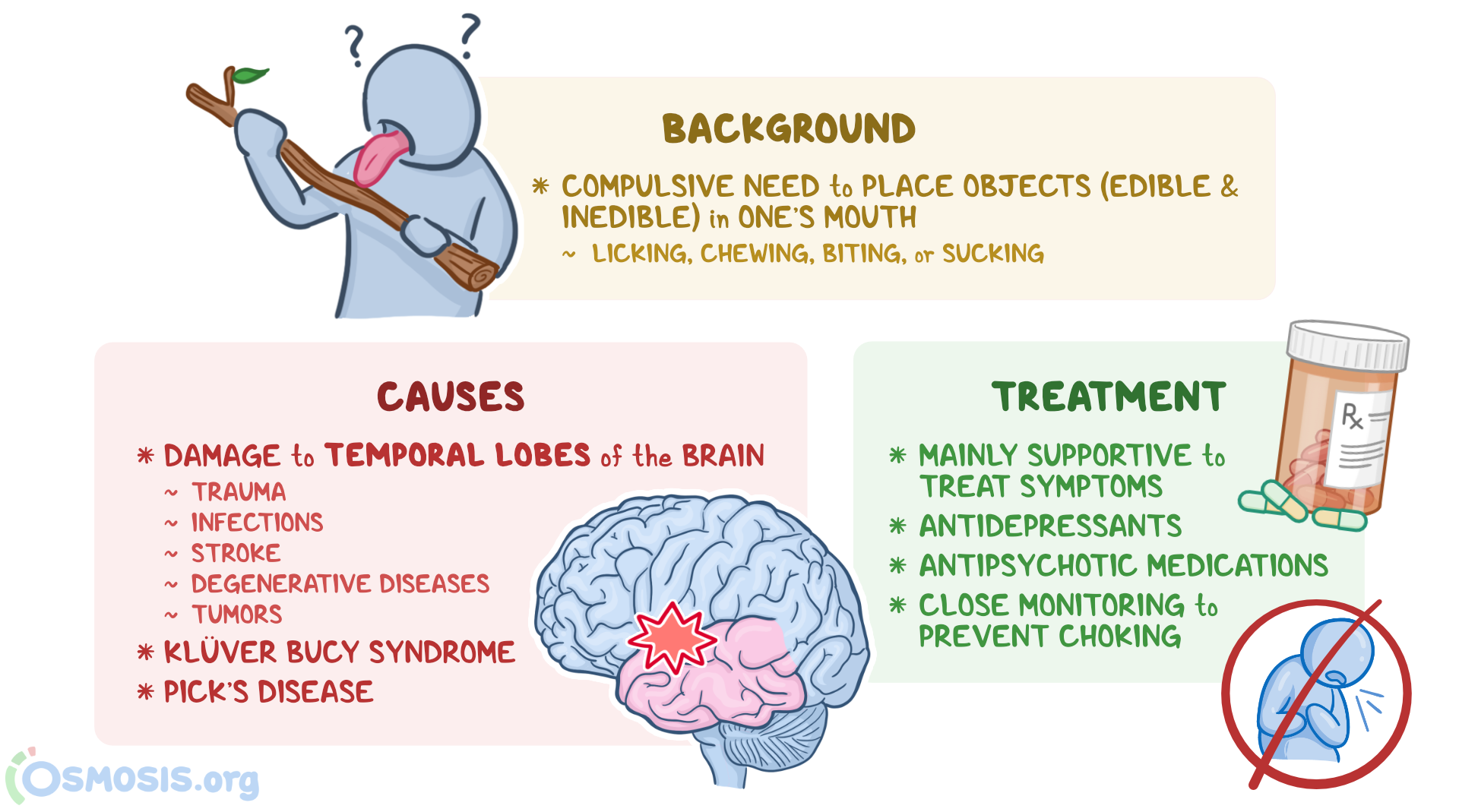 The term “hyperoral traits” is a synonym of hyperorality, or hyperoral behavior. Individuals with hyperoral traits may feel the compulsive need to place both edible and inedible objects in their mouth and may examine those objects by licking, chewing, biting, or sucking.

Treatment of hyperorality focuses on addressing the underlying condition, when possible. In most cases of hyperorality, however, treatment is mainly supportive. It may include assistance with daily activities or nursing care for extended periods of time. For individuals with Klüver-Bucy syndrome, antidepressant medications, like selective serotonin reuptake inhibitors (SSRIs), can help improve hyperorality, as well as some of the other unusual behaviors. Unfortunately, there is no known cure for Pick’s disease, though certain medications, such as antidepressant or antipsychotic medications, may be prescribed to manage some of the symptoms. Finally, close monitoring of individuals with hyperorality may be needed in order to prevent choking on small, loose objects.

What are the most important facts to know about hyperorality?

Hyperorality is an excessive tendency to examine both edible and inedible objects by putting them in one’s mouth. It is often associated with Klüver-Bucy syndrome, a neuropsychiatric disorder characterized by damage to the temporal lobes of the brain. While treatment of hyperorality may vary depending on the underlying cause, treatment generally consists of supportive measures. 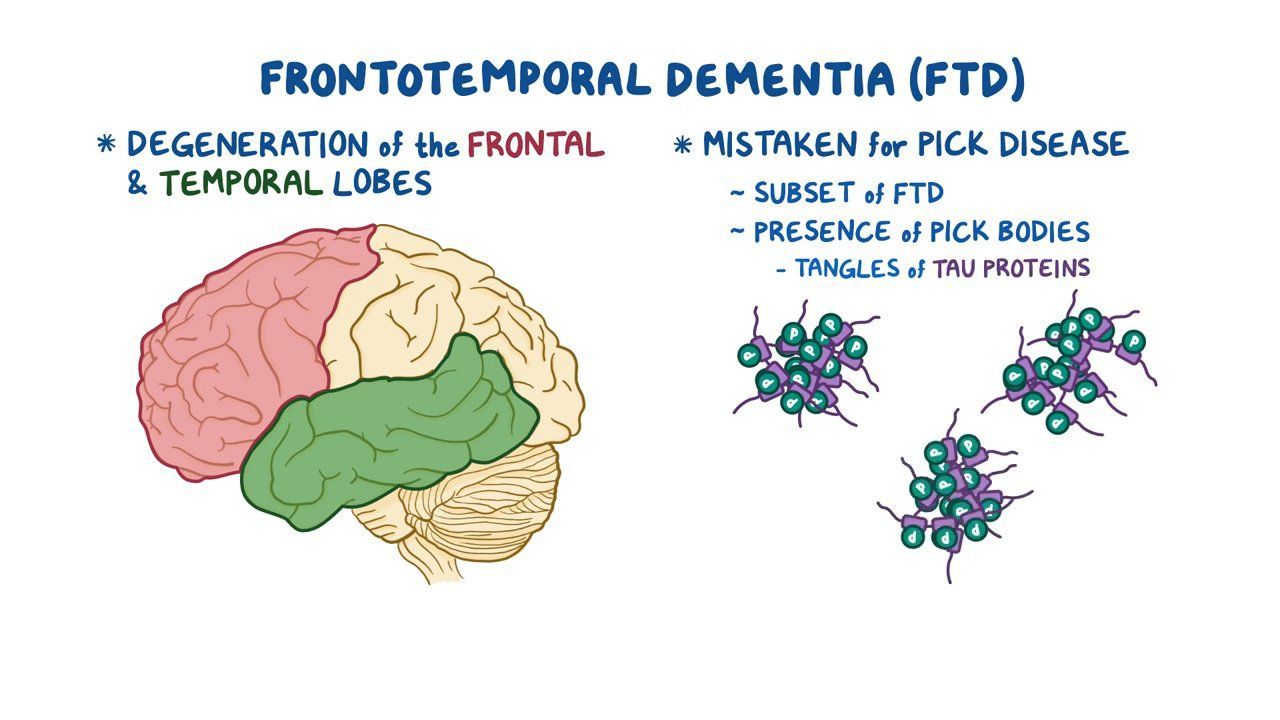 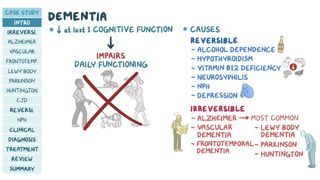 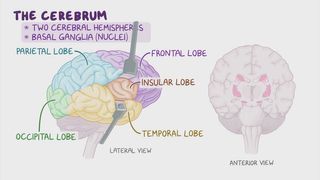 Anatomy of the cerebral cortex 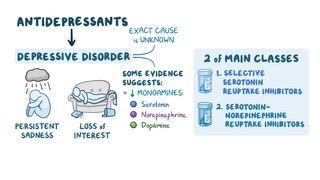