PlansLibrary
Free trial
SubscribeFree trialLog inPlansLibrary
Looking to strengthen your mind-body connection and become a better student this year? Read how one self-described "noodle" found balance in medical school by jumping into the boxing ring.

They say that you can only choose two of the following in life: school, sleep, or a social life. However, that doesn’t always have to be the case! I know it’s hard—between working almost 80 hour weeks, having all of your friends scattered across the state(s), and having to study on top of real-person activities, attaining balance in one’s life seems pretty overwhelming. But I’m here to be your motivational coach. As Walt Disney once said, “If you can dream it, you can do it.” You can and should live your best life!

You can keep your gym membership during clerkships

Now, I wouldn’t just tell you these things if I didn't follow them myself—that would be hypocritical. With the transition to clerkships, I thought that it would be much more difficult to maintain a regular lifestyle given that the hours of the day are now unpredictable and revolve around how the patients do that day rather than you knowing in advance. As I have progressed through the year, I’ve found that if you just make time for things you want to prioritize, everything else will fall into place.

For me, this means making the most of my free time by doing something fun, seeing friends or family, and making sure that I'm active at least five times a week. Often, it can feel as if any time spent away from studying is shameful and detrimental; there's this idea you should always be "productive." This is such a roadblock to achieving overall well-being, because it ignores the importance of being productive in nonacademic aspects of your life. These can actually enhance your overall efficacy when it comes to studying!

For context, I can't do Pandora’s method and take breaks every hour. I take an hour or two to get focused, but once I'm focused I will keep going for hours. Consequently, when I am on the wards I just stay present and engage with whoever is with me rather than doing questions in between cases or patients (I wish I had the ability to do so though!) This in turn makes me feel like I really need to get work done when I come home each day after work. But the desire to go to the gym gnaws at me until I go, so to spare myself the wasted time planning how my workout will fit into my study schedule, I just go when I come home and then all of my other responsibilities begin after a nice shower and a meal.

I feel like my day isn’t complete without an endorphin rush. I usually run and do circuit training with some boxing, but I got a membership at a boxing gym in my city and told myself that I was going to make it worth it by attending at least one class every day! At first I definitely felt guilty that I was taking two hours of my studying time away each day, but that quickly faded as I realized what a positive impact it was having on my life. 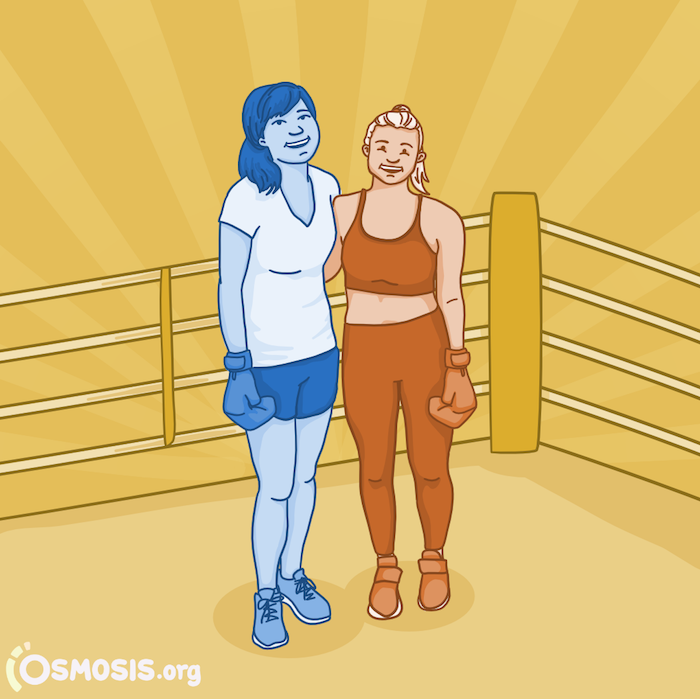 I slept better, felt more empowered, happier, and ready to seize the day

My fluctuating schedule means I sometimes end up staying up late when I have to be up again by 5:00 AM. Always a nice reason to treat myself to some coffee, but I’m not trying to have caffeine coursing through my veins that often. With a constant routine though, I was able to sleep better and earlier. Even if I wasn’t getting six hours a night, it felt more restful.

I’ve always been a night owl, but somehow I was being much more productive in the early morning hours after a good night’s sleep. I stood up straighter, owned my confidence, and felt more energetic and present the rest of the day. Though I am at baseline engaged and cheerful, people stopped calling me shy as much. Instead, they noticed my contagious enthusiasm, as well as my eagerness to learn and to contribute. Lastly, exercising boosted my immune system so I never had to take any sick days—even during Pediatrics!

I got to meet new people and learn new skills

Sometimes you forget what it’s like to be an adult outside of medicine. Meeting new people reminds me to engage in new experiences; it’s always interesting hearing about others’ lives because you can discover so much from them. Though I am by no means a super outspoken extrovert, I love meeting new people. One of the boxing instructors I befriended actually is from one of the cities I did an away rotation in, and she told me about spots to check out during my time there. She also kept me motivated and I actually ended up being second on the leaderboard—shocking, seeing as I am at baseline a noodle—but all of these sessions have made me noticeably stronger! 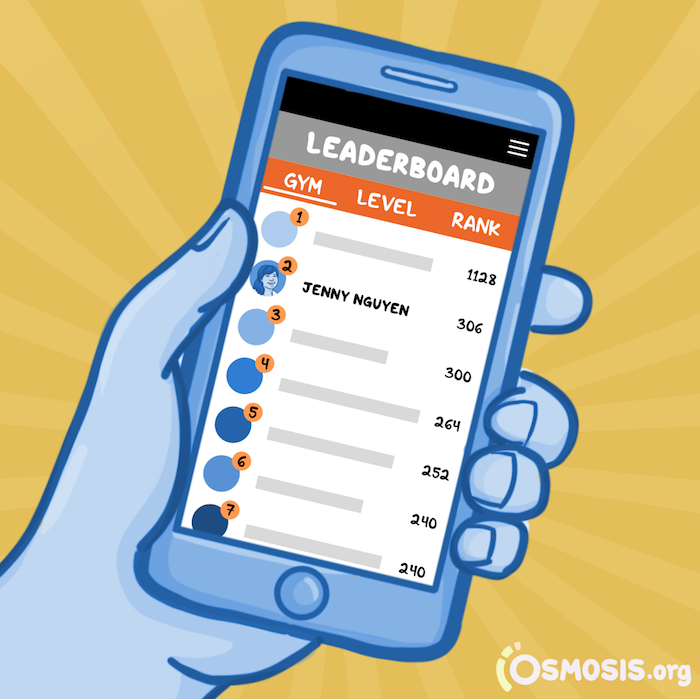 I was learning and retaining more

When I studied, I felt like even though I was not putting in more hours studying, I was retaining the information more than usual. During my USMLE® Step 1 dedicated study period last year, I multi-tasked by watching Pathoma and Osmosis videos while I did cardio each day—a doubly-productive use of my time.

Nowadays I don’t even feel this need to multitask, because when you feel good mentally and physically, everything just comes together more cohesively and you can recall the information more easily. I also think that because I felt fulfilled in multiple aspects of my life, I was able to really learn to indulge my intellectual curiosity rather than just learn for the sake of the shelf exam. Being in a room of people striving to be the best versions of themselves reminds me of the science behind healthy human beings when most of what I see on the wards are pathologies.

I found my balance in medical school

I may not have optimal amounts of sleep, but I am pretty happy with how I currently allocate my time between school, sleep, and a social life. I think that during my rougher rotations like OB-GYN and surgery, working out really helped me maintain my energy levels and prevented me from burning out. One of my OB-GYN attendings recommended finding balance as the most important thing to prioritize. As tired as I would be after a night shift, as long as I felt like I was not on the verge of becoming presyncopal, even just 30 minutes at the gym made me feel significantly better.

Taking a bit of time each day to reconnect with people outside of medicine also contributed to keeping me grounded. I took trips to visit my friends in other states during golden weekends. A change of scene did wonders for motivating me to be productive once I was back on the grind. Overall, I would say that I have felt very fulfilled with the work I do, as well as the life I lead in my relationships with others and in exploring new places and hobbies. Medical school is a long journey, but it is many ways college 2.0, as you're discovering yourself and having fun along the way!

Jenny Nguyen is a M.D./M.A. Urban Bioethics student at the Temple University School of Medicine. Her interests include bioethics, health equity, minority health, immunobiology, and primary care. She is writing a master’s thesis on first-generation college students in medicine. From New York City, she enjoys singing, music, food, being active, and seeking out new experiences.