In the United States, minorities must often approach the world with a set of unspoken rules and regulations. They often feel unspoken pressures to challenge stereotypes and "break barriers." On today's blog, Osmosis Medical Educational Fellow, Dianne Omire-Mayor, shares with us the barriers that need to be broken for black persons of color.

A minority, by its most common dictionary definition, constitutes the lesser part of two groups constituting a whole. The less common definition feels more fitting for the climate currently plaguing the nation. This definition cites a minority as “a part of a population differing from others in some characteristics and often subjected to differential treatment” (Webster).

In the United States, and in many countries worldwide, individuals with darker skin tones and non-Arian ethnic backgrounds are generally subject to increased scrutiny and undeserved oppression. In the healthcare industry, minorities have historically battled against systemic racism from both the patient and the professional side.

While we often associate education as something obtainable for all, that is not entirely the case. Of the 50.7 million students enrolled in public elementary and secondary schools in the United States, only 15% were non-Hispanic, black children of color. However, in many of these statistics, there is the lack of school attendance secondary to environmental factors and institutional discrimination.

This same bias, although widely studied and taught, is seldom acknowledged. The ills of the social culture are not blind to the younger generation. Many persons of color, from a significantly young age, already acknowledge and internalize the notion that they are not expected to achieve at a high level.

There's a significant difference between hearing that you can be anything while also knowing that anything really only means a few things. When you know that there are no expectations for you to actually achieve, isn't it much harder to fight to succeed? It’s hard to believe that the sky's the limit when your life is expected to end at the barrel of a gun; your legacy diminished to a hashtag.

In order to actually desire to become a physician, you have to know that it's actually conceivable. You often need to see that people who look like you, talk like you, and think like you, are succeeding in that field. You need representation. Just as current black female surgeons looked to pioneer Rebecca Lee Crumpler, so should other young black children look up and see more people of color in positions of leadership and power.

When a doctor dons their long white coat, it's as if they are putting on a cape. It represents prestige, hard work, integrity, and altruism. It symbolizes compassion and care for the quality of life of all individuals of all creeds and colors. The long white coat is exemplary of sacrifice and a dedication to hard work. Doctors are revered. The "M.D." title at the end of one's name signifies trust and health. The white coat and M.D. title, while revered, fail to shield people of color from everyday socioeconomic biases.

Black doctors, on average, are paid $100,000 less than their non-person of color counterparts. When two individuals applying for the same job with identical credentials are offered inequitable contracts, a terrible injustice is done; an injustice that has occurred for generations, primarily at the disadvantage of people of color. In accordance with this continuous undervaluing, physicians of color operate at an innate disadvantage.

Systemic biases and long-standing inequities are large barriers to overcome. It takes the work of activists, allies and pioneers to bring about change and equality. It will take the implementation of active diversity and inclusion education on both an elementary and professional level.

We must combat these biases early, while simultaneously maintaining these practices in an institutional setting. We have grown from the age of segregation and Civil Rights, but have barely scratched the surface on equality. Just as the white coat doesn't change skin color, credentials don't alter colorism. 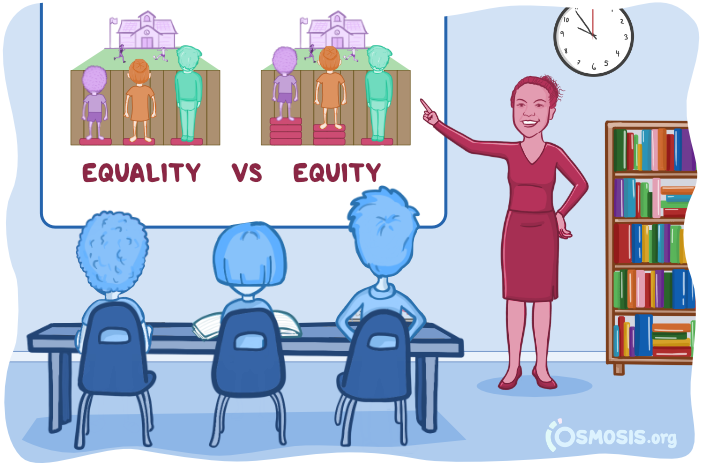 Dianne Marie Omire-Mayor is a third year medical student at Howard University College of Medicine. She is originally from Washington, D.C. and intends to pursue a career in Orthopaedic Surgery with an emphasis on Women’s Health and Trauma. She is an avid runner and works as a personal trainer during her free time.