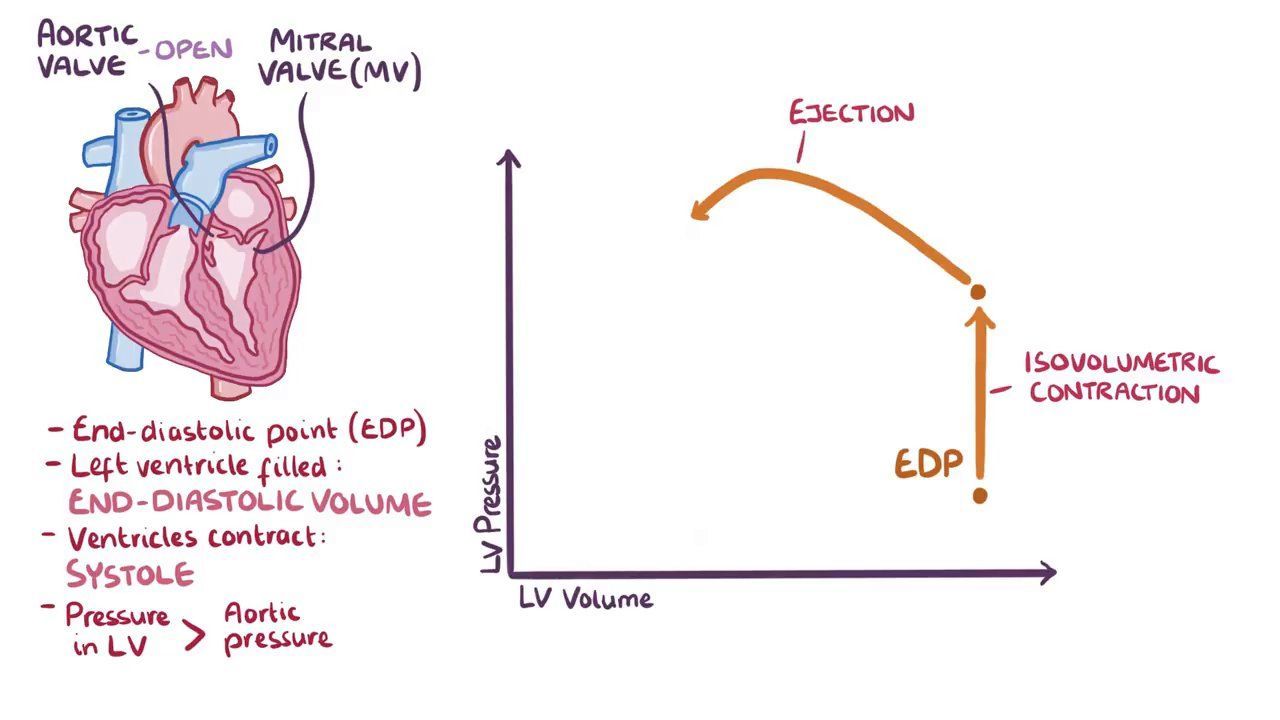 In people with (disease), afterload is increased and reduces the ability of the ventricles to eject blood thus decreasing stroke volume.

All this happens during one heartbeat. With every heartbeat, or stroke, the heart is doing work. And that’s called “stroke work” and it’s proportional to the area inside the loop. In other words, the bigger the loop and the more the area inside of it, the more stroke work our heart does.

Sometimes, you’ll see this simplified to look more like a box. The vertical dimension of the box is the distance from the x-axis to end-systolic pressure, and the horizontal dimension is the stroke volume. And we can draw it over the pressure volume loop - so that it looks like this. In terms of stroke work, it would be the area inside the box. The box isn’t exactly the same as the loop, but it’s a good approximation.