Assessments
Anatomy of the heart

Anatomy of the Heart 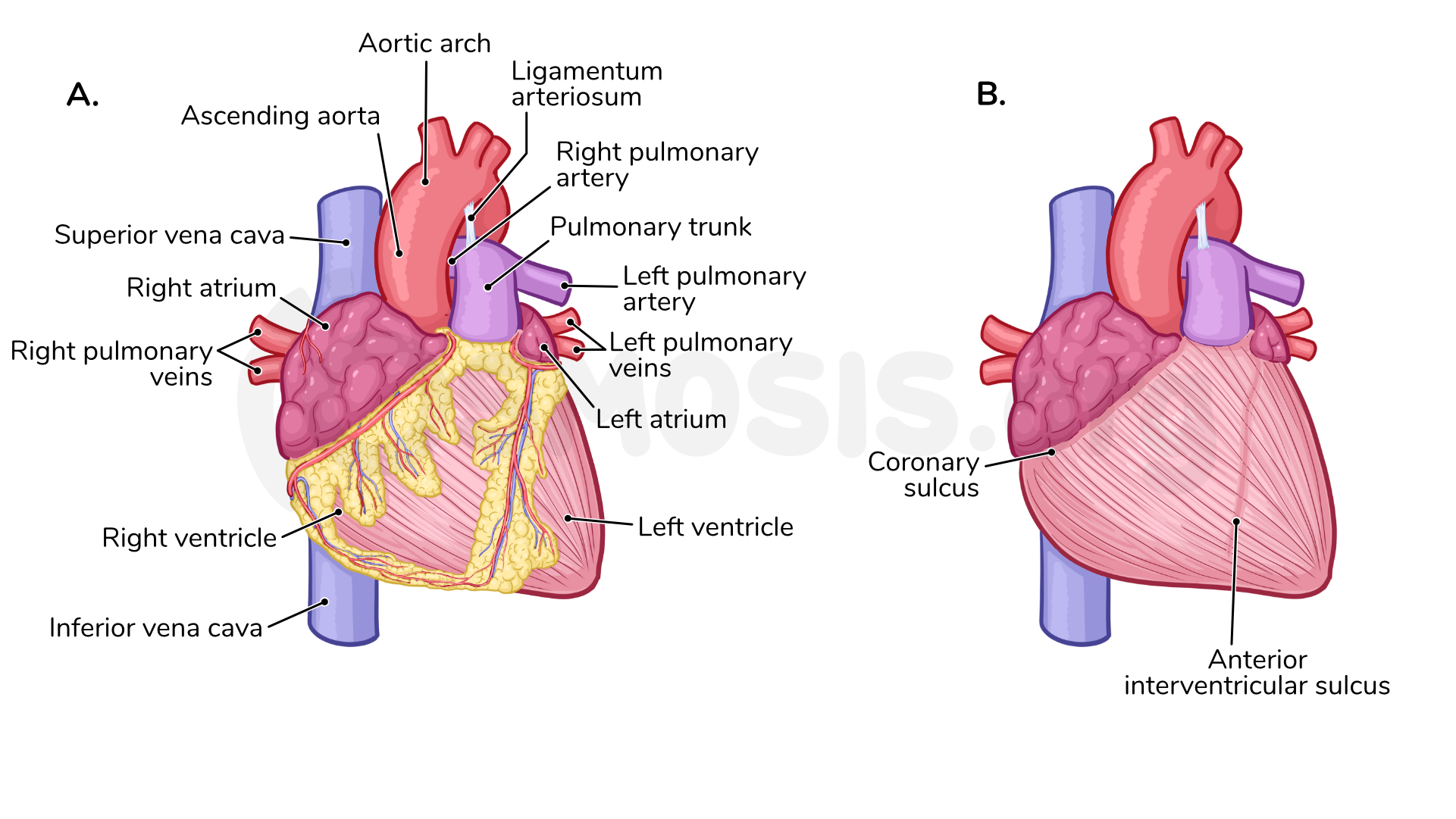 Figure 1. Anterior view of the heart A with and B without coronary fat and vessels. 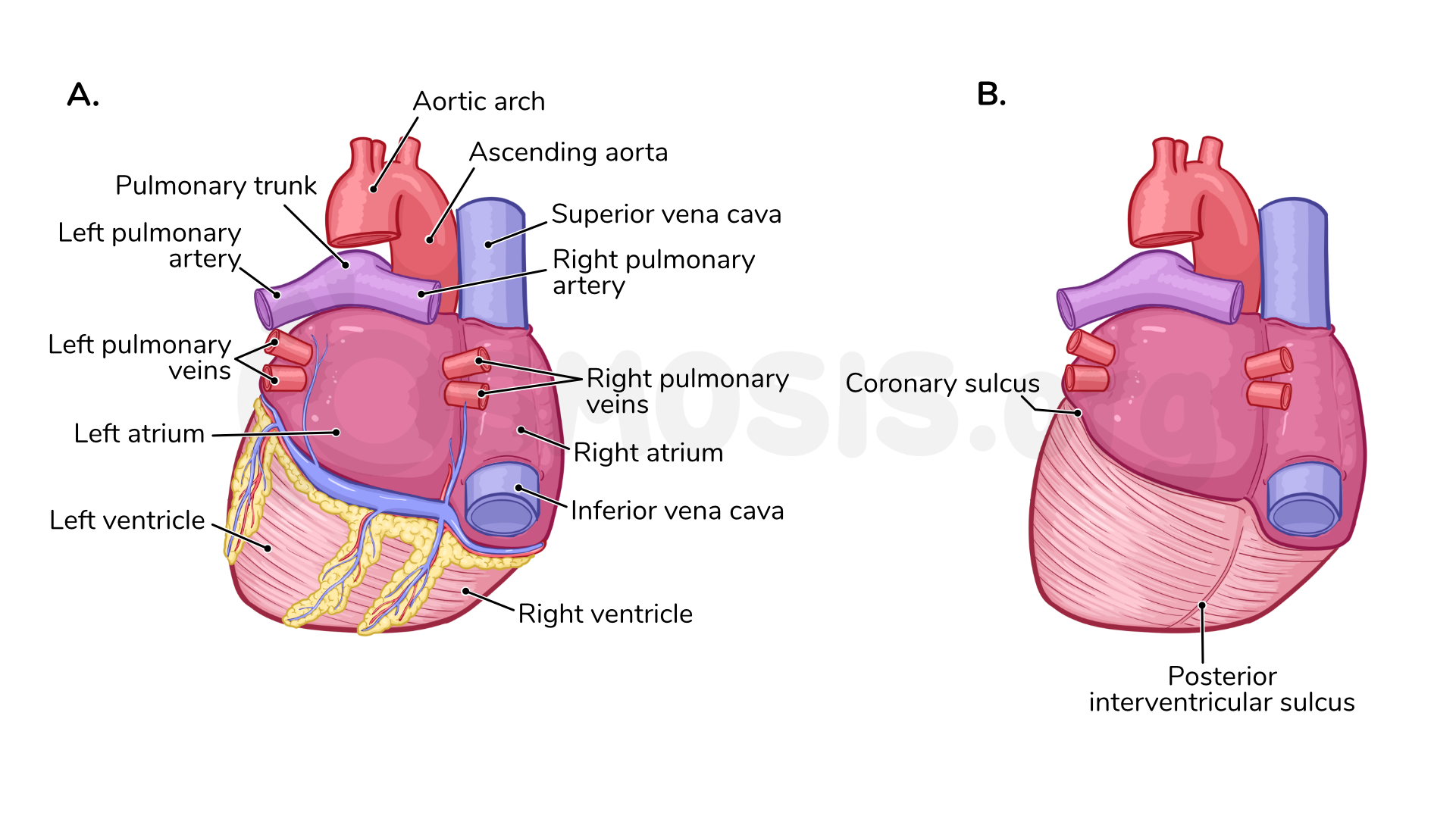 Figure 2. Posterior view of the heart A with and B without coronary fat and vessels. 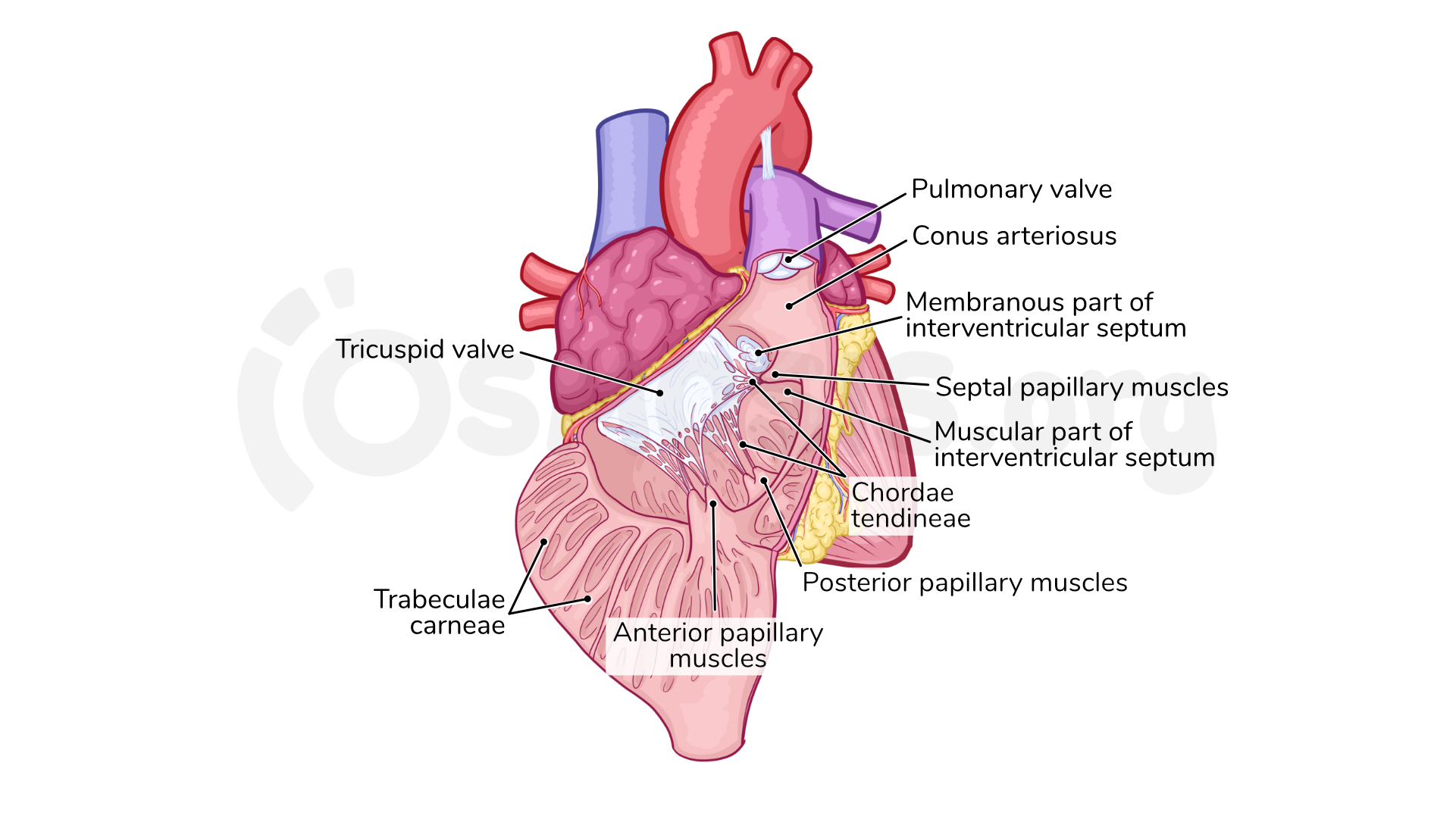 Figure 4. Outer wall of the right ventricle dissected and peeled back. 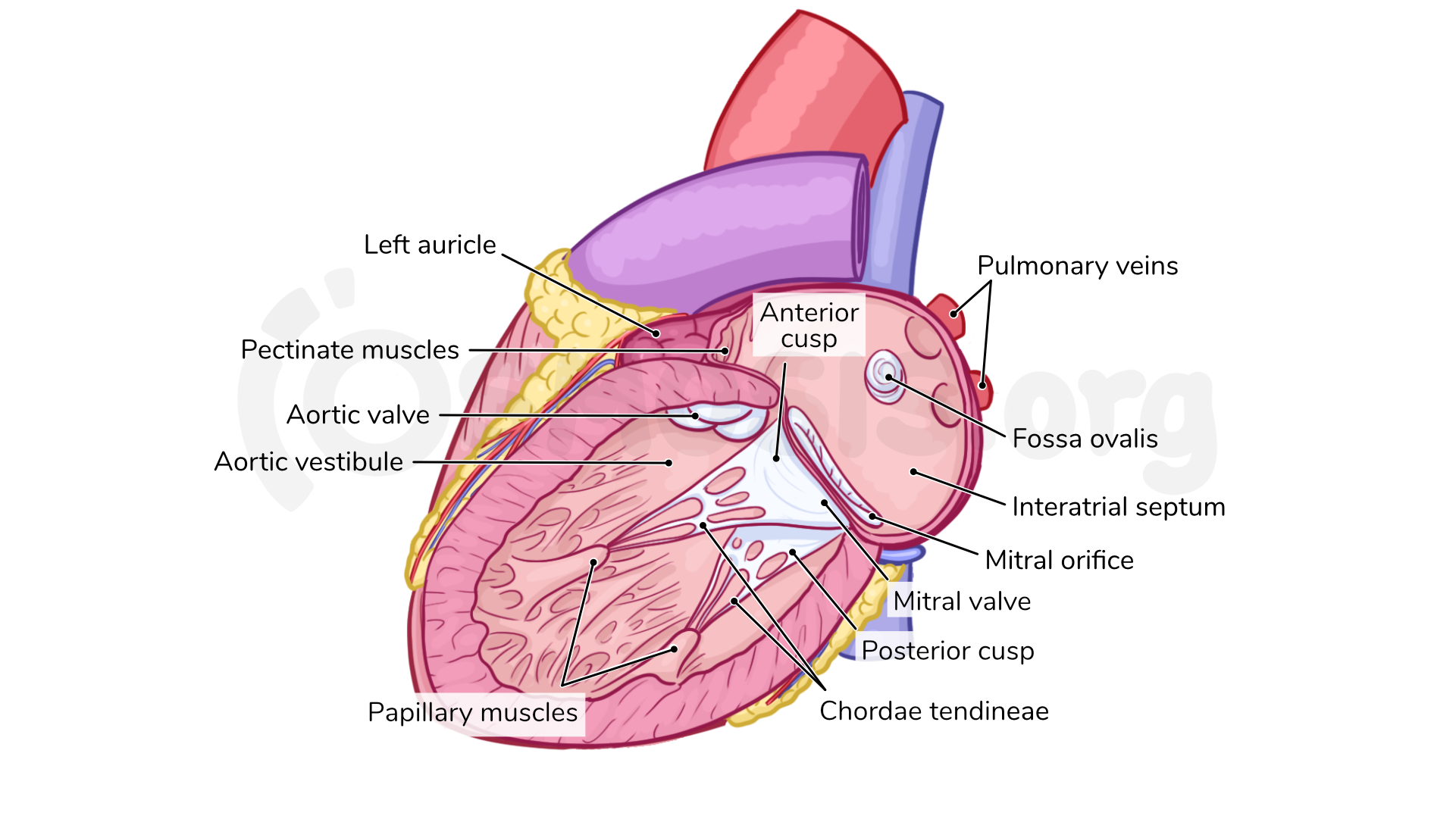 Figure 5. Lateral view of the left atrium and left ventricle with the outer walls removed. 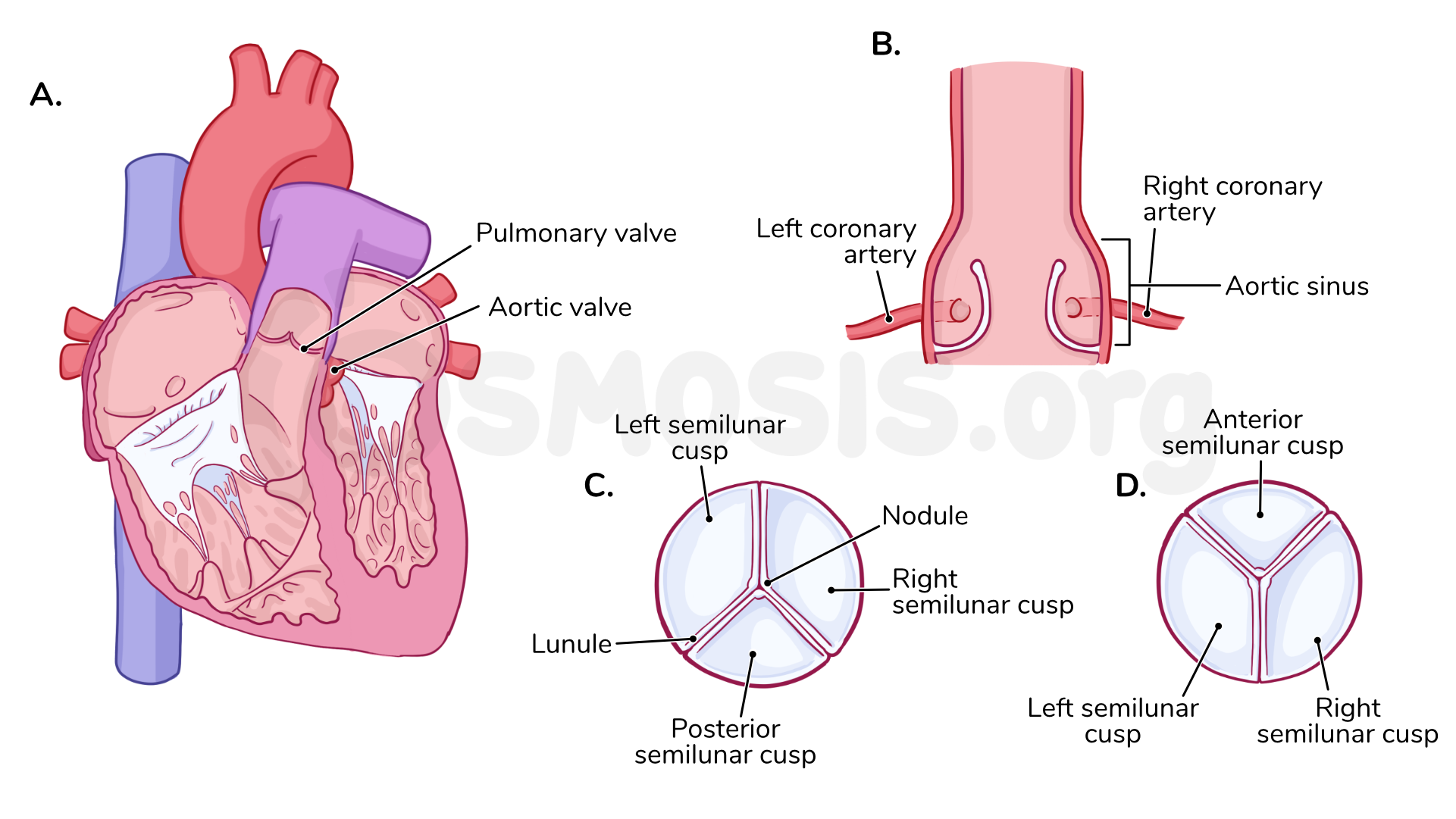 Figure 6. Semilunar valves. A Four chamber view of the heart showing the pulmonary and aortic valves. B Diagrammatic cross-section of the aortic valve. C Aortic valve and D pulmonary valve. 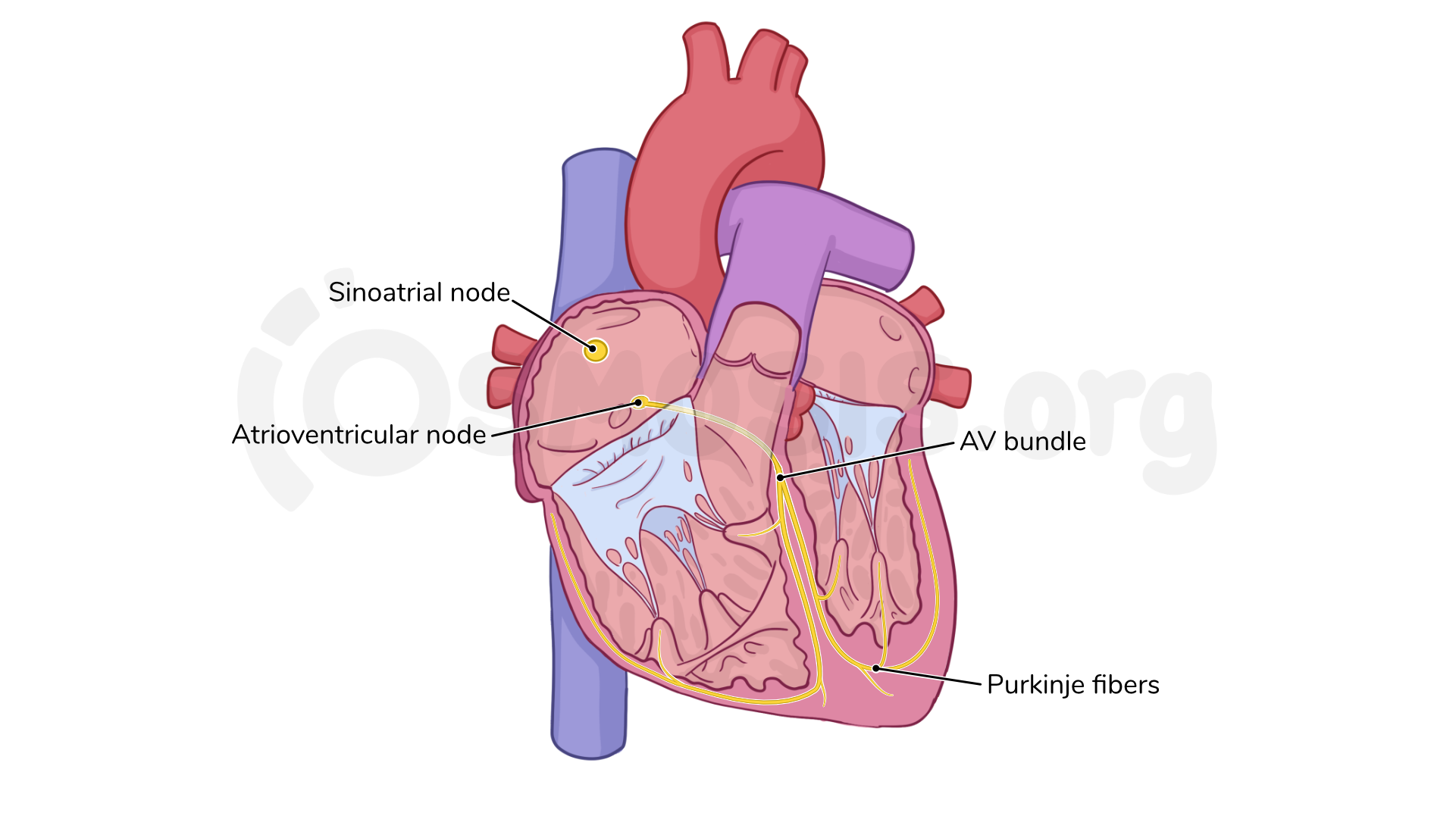 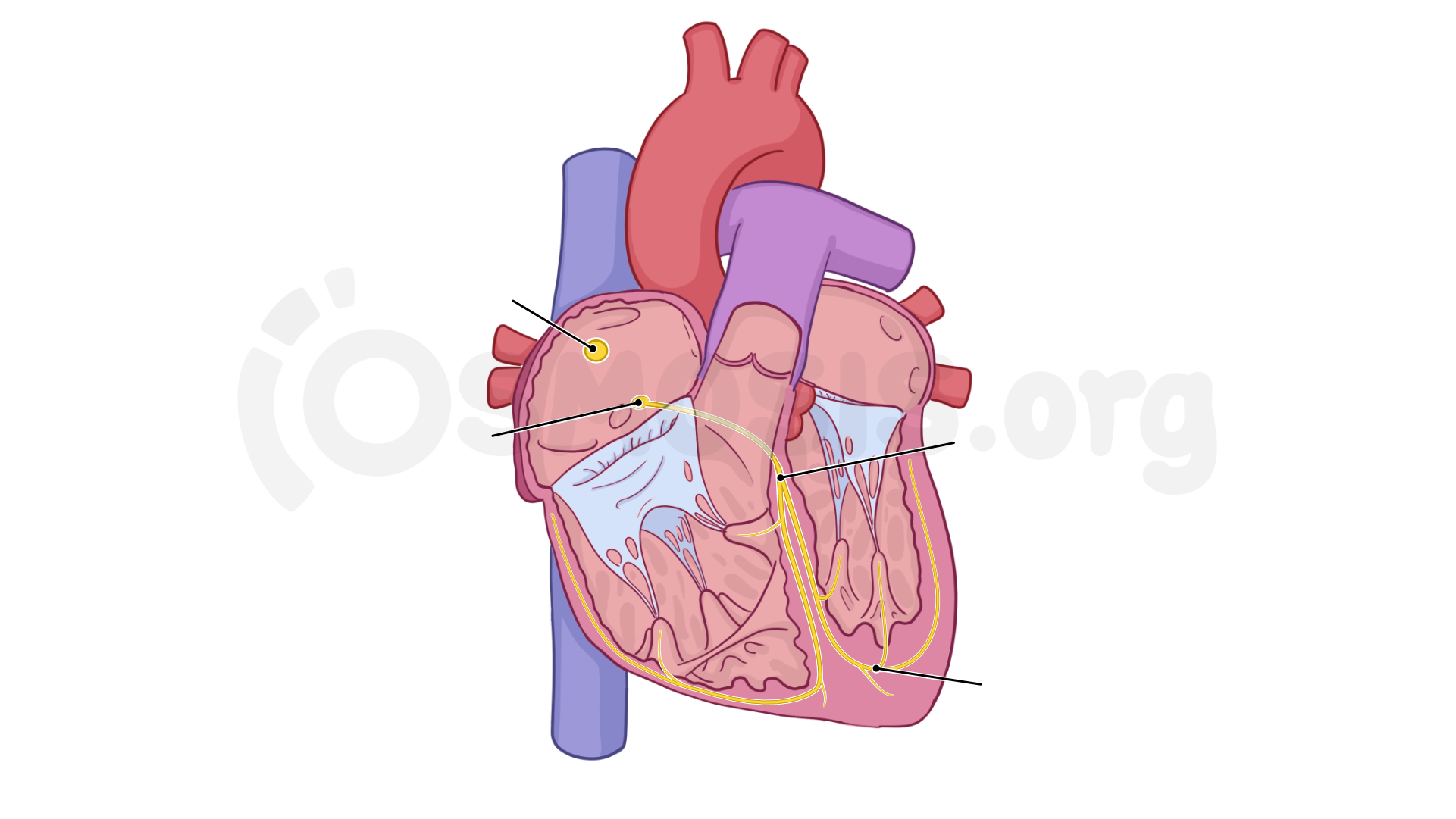 A 39-year-old man presents to the emergency department for evaluation of chest pain. A chest radiograph is obtained as part of the work-up and shown below:


Image reproduced from Radiopedia
Which of the structures represents the aortic arch?

The heart is a muscular organ just slightly bigger than a person’s loosely clenched fist. It is located in the thorax - more specifically, between the two lungs, in a space called the mediastinum.

The heart is covered by a tough membrane called the pericardium, that separates the heart from the other structures in the mediastinum.

This position allows the heart to do its job, which is to pump oxygen-rich blood to the entire body, and to send poorly oxygenated blood to the lungs, where gas exchange takes place.

And both atria have pouch-like protrusions called auricles, which can increase their capacity when needed.

Ok, now, poorly oxygenated blood from our bodies and tissues enters the right atrium through the superior vena cava and inferior vena cava.

From there, blood passes into the right ventricle, which pumps into the pulmonary trunk, on a voyage towards the lungs and is considered part of the pulmonary circulation.

On the other hand, after gas exchange takes place in the lungs, oxygenated blood returns from the lungs through the four pulmonary veins, which drain into the left atrium.

Then, oxygenated blood goes in the left ventricle and from there, it’s pumped into the aorta so that it reaches the whole body and is considered part of the systemic circulation.

So, looking at it in three dimensions, the heart looks like an upside down, tipped-over pyramid with four sides, a base that’s mostly posterior and an apex, or tip, that points anteriorly and slightly to the left.

On an anterior or posterior view in two dimensions, the heart is shaped like a trapezoid, so it has a superior and inferior as well as a right and left border.

It is important to understand what comprises the borders of the heart because the heart is rotated to the left on its longitudinal axis within the mediastinum, so the apex is directed more postero-laterally.

Then there’s the ascending aorta, which emerges from the left ventricle and then curves posteriorly to form an arch, called the aortic arch.

The inferior border is almost horizontal and is made up mainly by the right ventricle and a part of the left ventricle.

Now, pay a bit of attention here, because the end of the inferior border, along with the lower part of the left border make up the apex of the heart, which represents the tip of the left ventricle.

Above the left auricle, we can identify the pulmonary artery and the aortic arch. The superior and inferior borders of the heart aren’t as easy to see as the right and left borders.

From right to left, there’s most of the right atrium located superiorly and inferior to it, the right ventricle.

They are separated by the coronary sulcus, also called the atrioventricular groove or AV groove for short.

Then there’s the auricle of the left atrium and the left ventricle, which are also separated by the coronary sulcus.

The right ventricle and left ventricle are separated by the anterior interventricular sulcus. Moving on, you can actually see parts of the great vessels on an anterior view.

Then there’s part of the inferior vena cava, which also opens in the right atrium, but the opening can only be seen on a posterior view.

Then there’s the ascending aorta, which emerges from the left ventricle, and then arches towards the back to form the aortic arch.

Interestingly enough, the superior portion of the proximal left pulmonary artery is connected to the inferior surface of the aortic arch by the ligamentum arteriosum.

Even though this fancy-termed element is just a fibrous band now, back during embryological development it used to connect the aortic arch and the pulmonary trunk as an adaptation of fetal circulation to intrauterine life.

Time for a pop quiz! What are the borders of the heart and what structures form them? Very well, let’s get back at it.

The right atrium has a smooth thin-walled posterior part, called the sinus venarum, where both superior and inferior venae cavae, as well as the coronary sinus open.

Then there’s a rough muscular anterior part formed by the pectinate muscles. Externally, the smooth and rough parts of the atrium are separated by a vertical shallow groove called the sulcus terminalis.

Internally, these structures are separated by a vertical ridge called crista terminalis. Inferiorly, you can also see the right AV orifice, also known as the tricuspid orifice, which is where the blood from the atrium goes in the ventricle.

Now, the superior vena cava enters through the superior part of the right atrium, which is roughly at the level of the third costal cartilage.

Now, the right and left atrium are separated by the interatrial septum, which has a depression called the oval fossa, or fossa ovalis, which is a remnant of the oval foramen, or foramen ovale, that connected the atria during embryological development.

In fetal life, oxygen rich and nutrient rich blood travels directly into the left atrium from the right atrium via the foramen ovale to bypass the pulmonary circulation.

The inflow part has muscular elevations called the trabeculae carneae and the outflow part is formed by an infundibulum called the conus arteriosus, located superiorly and leads to the pulmonary trunk.

So far so good. Now, the right ventricle receives blood from the right atrium through the tricuspid orifice, which is posterior to the body of the sternum at the level of the fourth and fifth intercostal space.

The tricuspid orifice is surrounded by a fibrous ring that’s a part of the fibrous skeleton of the heart, keeping its shape constant.

And in order for blood to flow from the right atrium to the right ventricle at exactly the right time during each heartbeat, there’s a tricuspid valve attached to the tricuspid orifice; and it’s called the tricuspid valve because it has three cusps or leaflets that open and close during systole and diastole: an anterior one, a posterior one and a septal one.

The base of each cusp is attached to the fibrous ring, while the free edges of the cusps are attached to tendinous cords called the chordae tendineae.

These chordae tendineae anchor the leaflets to the papillary muscles, which are projections of the right ventricle.

The anterior papillary muscle is the largest one and arises from the anterior wall of the right ventricle. Its chordae tendineae attach to the anterior and posterior cusps of the valve.

Then there’s the posterior papillary muscle that arises from the inferior wall of the right ventricle. Its chordae tendineae attach to the posterior and septal cusps.

Finally, there’s the septal papillary muscle which arises from the interventricular septum and its chordae tendineae attach to the anterior and septal cusps.

This smart and complicated mechanism is mainly meant to block the backflow of blood from the right ventricle to the right atrium during systole, which is when the heart contracts to pump blood out of the ventricles.