Anatomy of the Pleura Figure 2. A Anterior and B posterior view of the lines of pleural reflection. 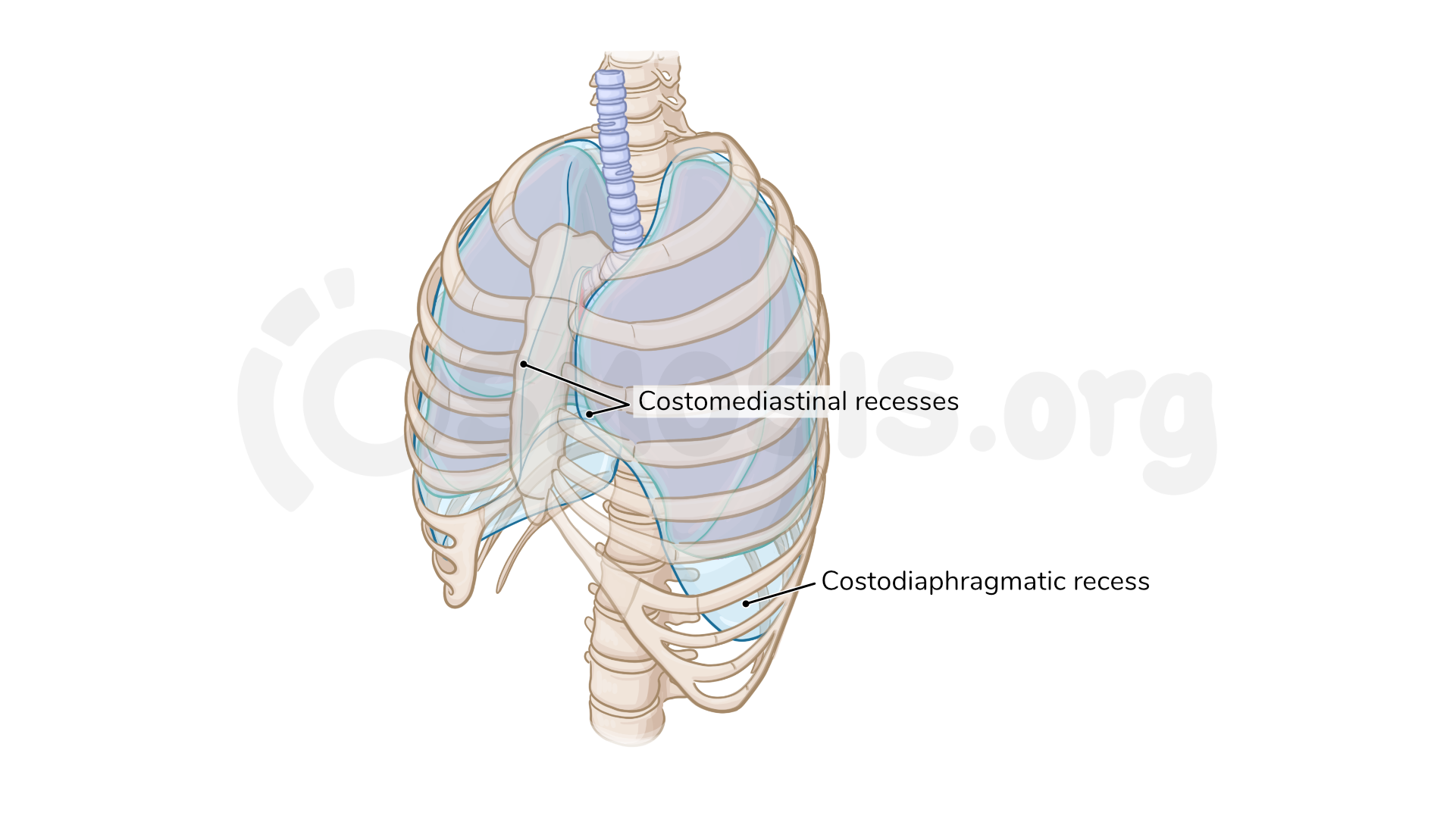 Figure 3. Anterolateral view of the lungs showing the pleural recesses. 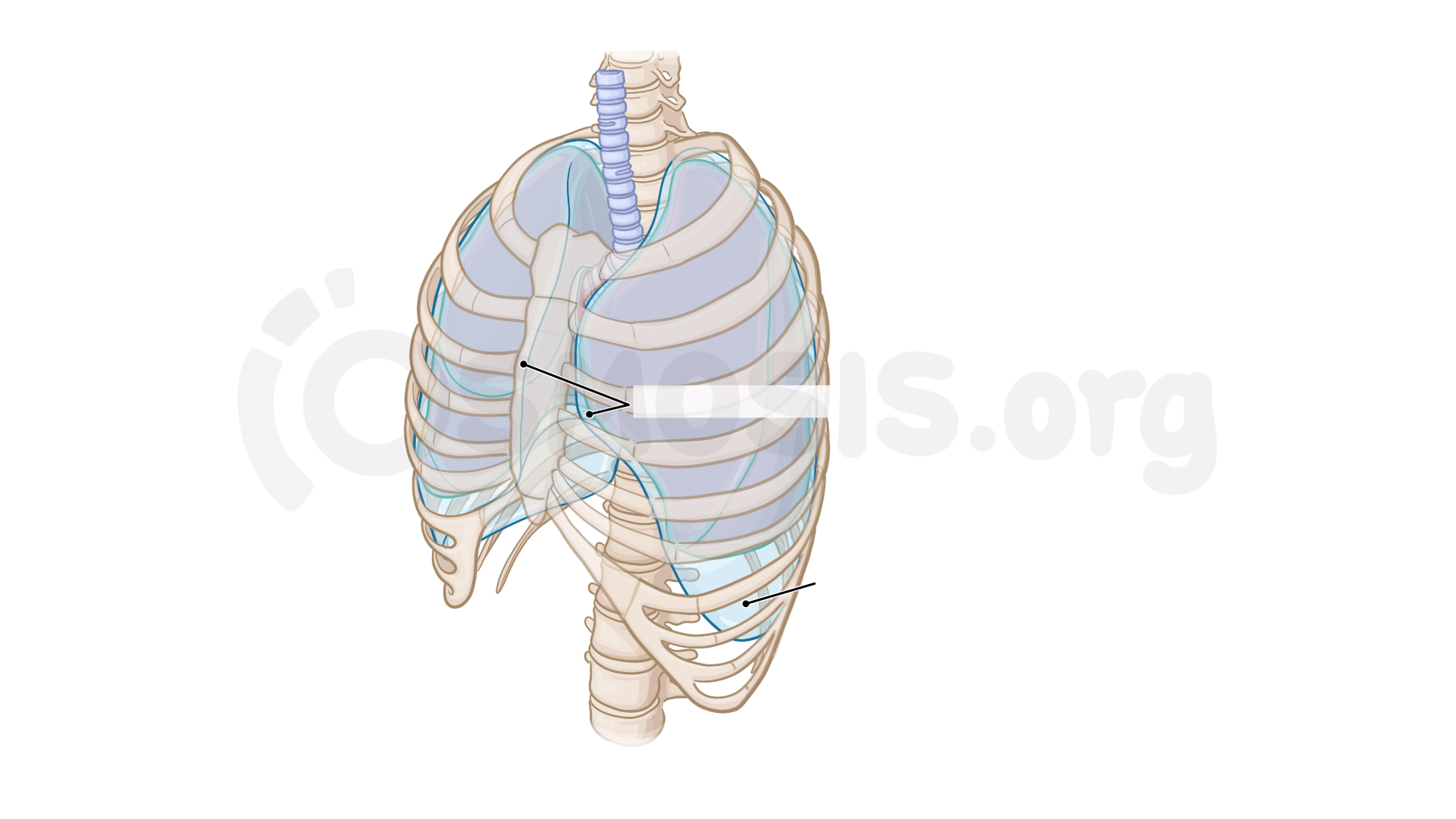 Between these two pleural layers there’s the pleural cavity, which is normally filled with a thin film of fluid in order to lubricate the pleural surfaces and allow them to slide smoothly over each other during each breath.

The root of the lungs is made of structures like the tracheobronchial tree, as well as arteries and veins.

At this level, the visceral and parietal pleura are continuous, making one continuous structure.

To make this easier, you can imagine an underinflated balloon through which you press your fist into, the fist representing the root of the lung and the balloon representing the visceral and parietal pleura.

As you can see, the parietal and visceral pleura are one continuous layer, however they are reflected on different surfaces.

Okay, the visceral pleura covers the entire lung and adheres intimately to all its surfaces, including the ones between the fissures of each lung.

The visceral pleura is continuous with the parietal pleura at the hilum of the lung.

The parietal pleura is thicker than the visceral one, lines the pulmonary cavities and adheres to the thoracic wall, mediastinum and diaphragm.

The costal pleura covers the internal surface of the thoracic wall, from which it’s separated by the endothoracic fascia, a thin layer of loose connective tissue that comes in handy during surgical procedures, making it really easy to separate the lungs from the thoracic wall.

The mediastinal pleura covers the lateral aspects of the mediastinum, which is the space between the lungs and continues as cervical pleura superiorly in relation to the root of the neck.

It’s also continuous inferiorly with the diaphragmatic pleura and with the costal pleura anteriorly and posteriorly.

At the hilum, the mediastinal pleura changes direction laterally onto the root of the lung to become one with the visceral pleura.

Superior to the hilum it is a continuous sheet passing between the sternum and vertebral column.

The diaphragmatic pleura covers the superior surface of the diaphragm on each side of the mediastinum, minus where the diaphragm is fused with the pericardium and minus the diaphragm’s costal attachments to the xiphoid process anteriorly, to the 11th and 12th rib laterally.

Finally, the cervical pleura is basically a continuation of the costal and mediastinal pleura and covers the apex of the lungs, which is the part that extends through the superior thoracic aperture into the root of the neck.

Over the apex, the cervical pleura forms the pleural cupula, which domes over the apex that reaches its crest at about 2 to 3 centimeters superior to clavicle at the level of the neck’s first rib.

The cervical pleura is made stronger by a fibrous extension of the endothoracic fascia, called the suprapleural membrane.

This membrane attaches to the internal border of the first rib and the transverse process of C7 vertebra.

So you see, the parietal pleura covers many different thoracic surfaces, and in doing so creates different lines called lines of pleural reflection.

There are 3 lines of pleural reflection on each side of the pulmonary cavities: sternal, costal and vertebral.