Anatomy of the superior mediastinum 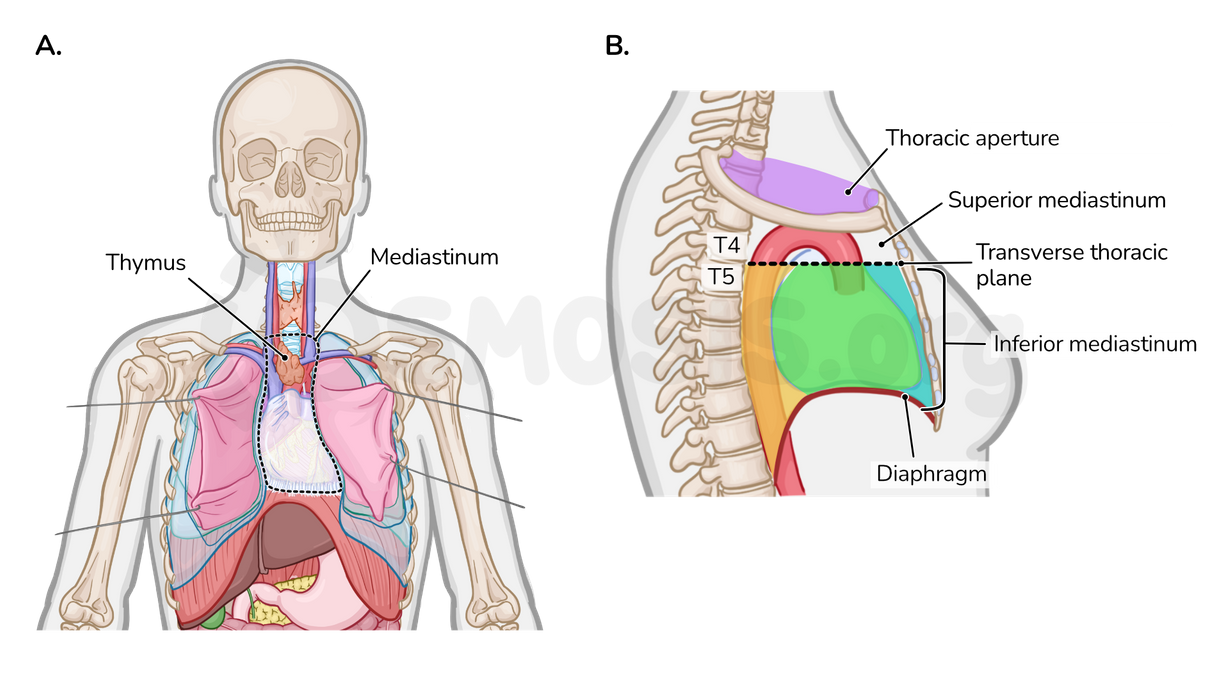 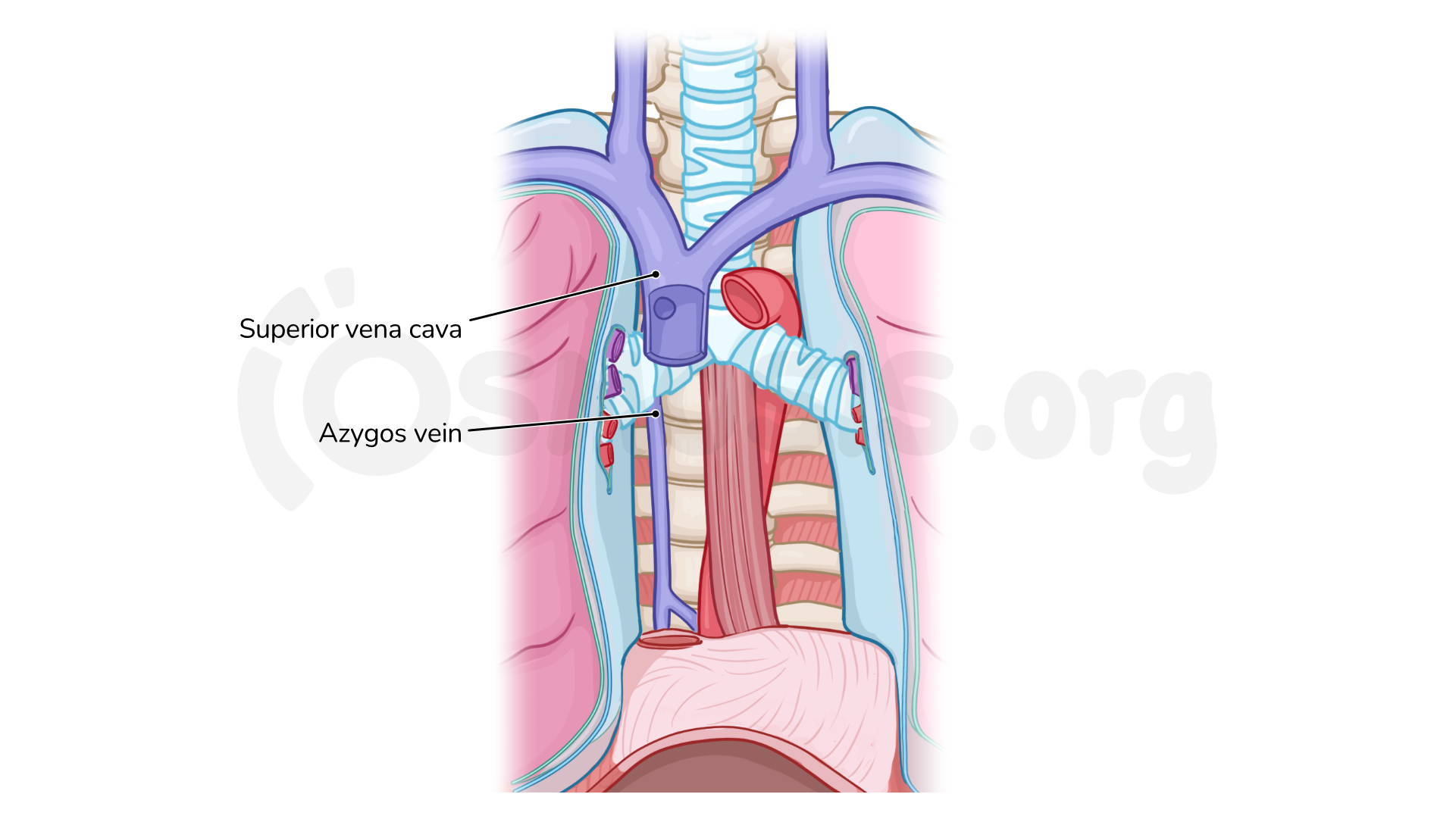 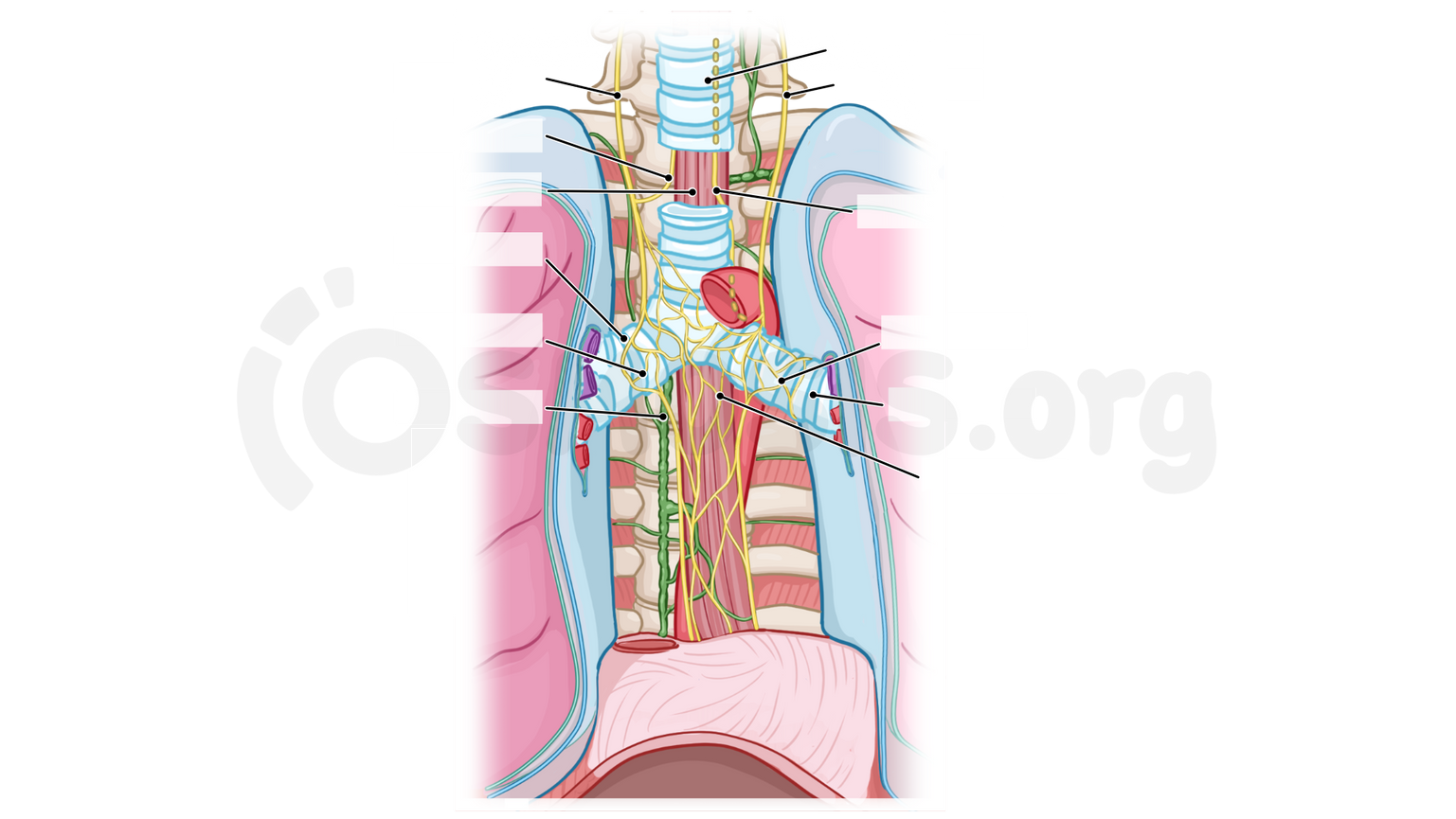 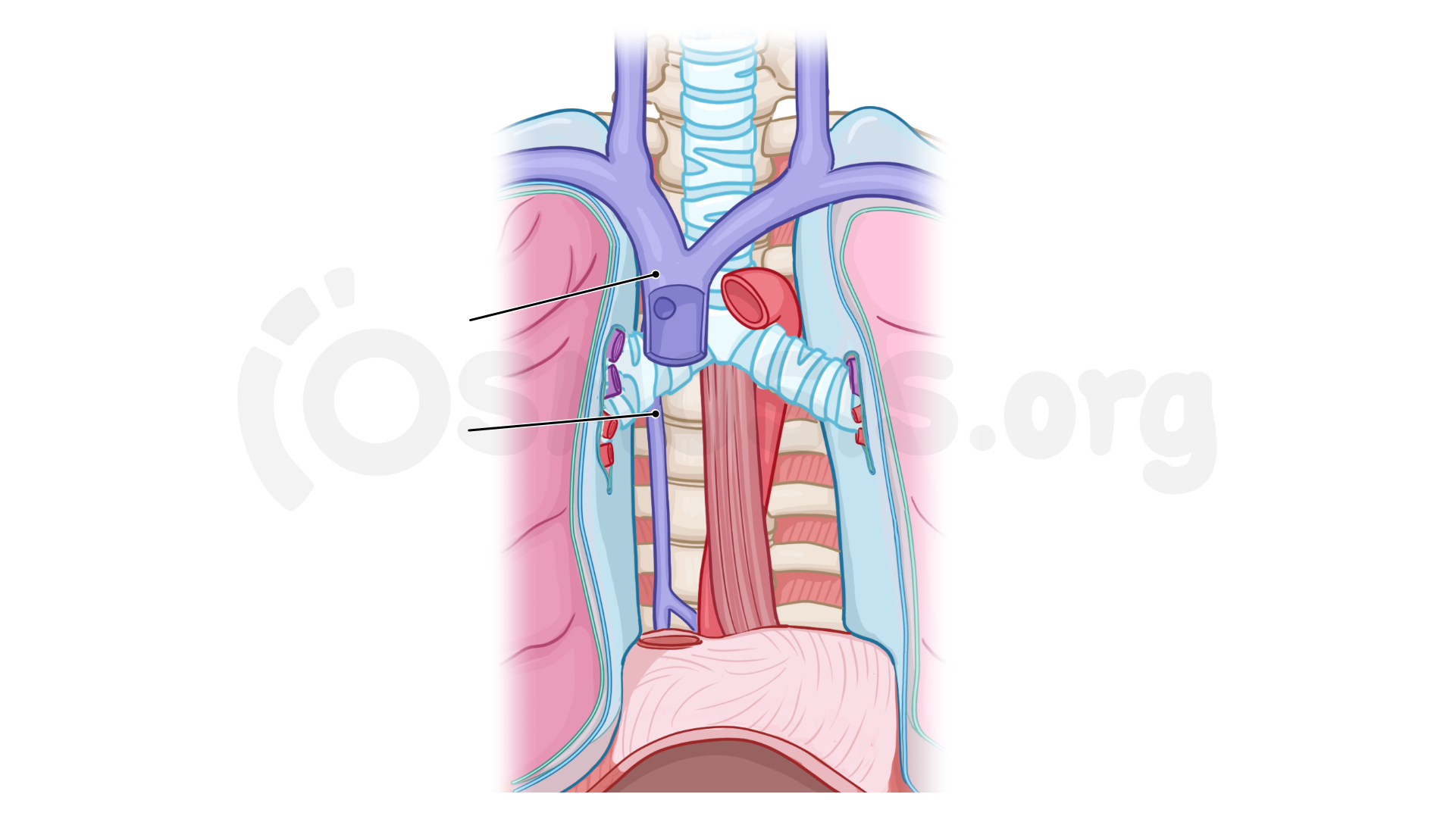 The mediastinum is the central compartment of the thoracic cavity and lies between the two pulmonary cavities.

It’s covered on each side by the mediastinal pleura and contains all thoracic viscera and structures minus the lungs.

The mediastinum is divided into four parts, of which one is superior and three are inferior.

The superior part is bounded superiorly by the thoracic aperture and extends inferiorly to the transverse thoracic plane, which is a horizontal plane that extends from the sternal angle anteriorly and the junction of T4 and T5 posteriorly.

The transverse thoracic plane separates the superior mediastinum from the inferior mediastinum, and is also an important anatomical landmark representing the bifurcation of the trachea and the beginning and end of the arch of the aorta.

The inferior mediastinum lies between the transverse thoracic plane superiorly, and the diaphragm inferiorly.

So in this video, let’s focus on the superior mediastinum.

Now let’s take a closer look at some of these structures one by one.

It is a glandular structure and lies posterior to the manubrium and extends into the anterior mediastinum.

The thymus is a primary lymphoid organ that plays a huge role in helping our immune cells develop before puberty.

After puberty, however, it undergoes gradual involution and is mostly replaced by fat.

Next up, there are the great vessels.

Let’s take a look at this picture and identify the left and right brachiocephalic veins, which form posterior to the sternoclavicular joints by the joining of the internal jugular and subclavian veins.

Now, the SVC then passes inferiorly and ends at the level of the 3rd costal cartilage at which point it enters the right atrium.

The SVC is anterior to the root of the right lung, and the azygous vein drains into its posterior surface.

Next up, there’s the aortic arch, which continues the ascending aorta and begins at the level of the sternal angle, posterior to the 2nd right sternocostal joint.

As you can see in this picture, it arches superiorly, posteriorly and to the left and then inferiorly.

The arch goes up anterior to the right pulmonary artery and the bifurcation of the trachea.

It reaches its apex as it passes over the root of the left lung, at the left side of the trachea and esophagus.

Now for a really quick break - can you recall the plane that the beginning and end of the arch of the aorta is divided by? That's right!

Now, the branches of the aortic arch are the brachiocephalic trunk, left common carotid artery and left subclavian artery.

The brachiocephalic trunk is the first and largest branch of the aorta.

Then, it ascends superiorly and laterally to reach the side of the trachea and is found posterior to the right sternocostal joint, where it divides into the right common carotid and right subclavian artery.

The left common carotid artery is the second branch of the aortic arch.

It originates posterior to the manubrium, but slightly posterior and to the left of the brachiocephalic trunk.

The left subclavian artery is the third branch of the aortic arch and has its origin in the posterior part of the arch, posterior to the left common carotid artery.

It ascends through the superior mediastinum lateral to the left common carotid artery and It enters the root of the neck by passing posterior to the left sternocostal joint.

One last important structure in the superior mediastinum to mention is the ligamentum arteriosum.

The ligamentum arteriosum is a fibrous band, which is an embryological remnant of the ductus arteriosus from birth, which acted as a shunt for blood to travel from the pulmonary trunk to the aortic arch in order to bypass the fetal lungs, which weren’t functional in utero.

The ligamentum arteriosum remains and passes from the superior portion of the proximal left pulmonary artery to the inferior surface of the aortic arch.