A 24-year-old man is brought to the emergency department after an altercation. Per emergency medical services, the patient sustained a stab wound to the right anterior chest. The patient’s temperature is 37°C (98.6°F), pulse is 132/min, respirations are 24/min, blood pressure is 90/64 mmHg, and O2 saturation is 94% on room air. Physical examination demonstrates a 1 cm stab wound at the fourth intercostal space parasternally,  in addition to jugular venous distension. A bedside ultrasound of the patient’s heart is demonstrated below. A procedure to alleviate the worsening of this patient’s clinical condition should take place at which of the following anatomic locations? 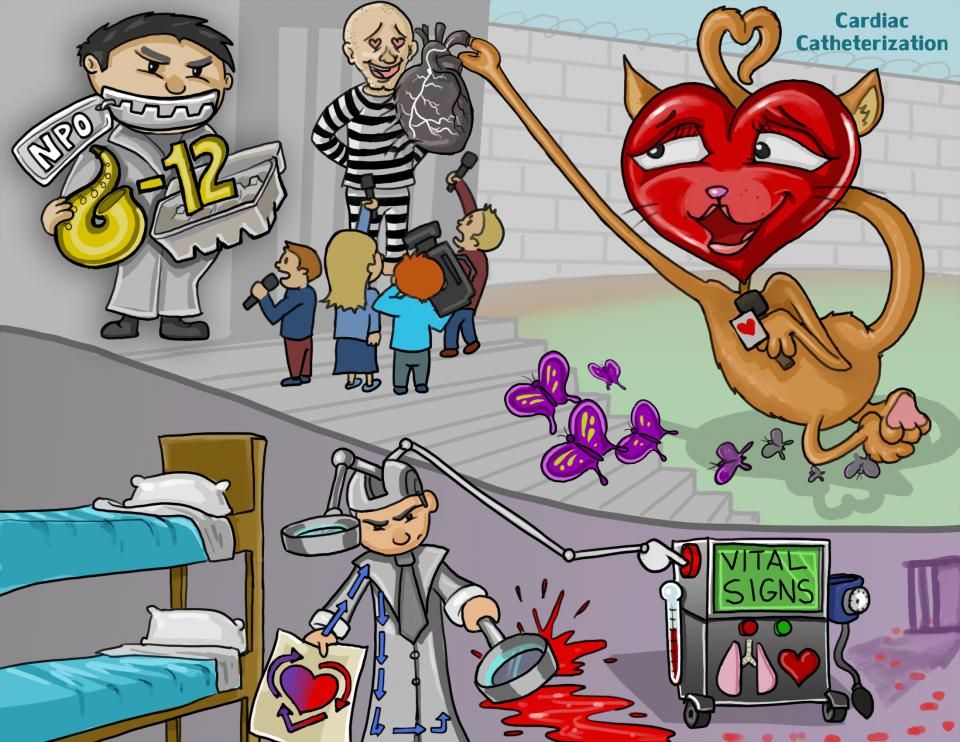 Have you ever wondered what the secret to someone’s heart is? That's right, a chest x-ray! All right, so, here at Osmosis we don't actually have the secret to one’s heart, but we do know how to identify the different medical conditions that can affect the heart.

All right, now, even though the heart is protected by the sternum and thoracic cage, it’s still susceptible to injury. During penetrating trauma, like, for example, a stab wound, the right ventricle is the most commonly injured structure because of its anterior position in the chest and the fact that it forms the majority of the anterior surface of the heart, followed by the left ventricle which forms the apex of the heart and may be injured as far laterally as the left midclavicular line at the 5th intercostal space. The atria are less commonly injured than the ventricles. It’s also worth noting that the lungs overlap most of the anterior surface of the heart, so many penetrating injuries to the heart will also result in concurrent lung injury particularly to the parietal pleura.

Are you ready to listen to your heart? We’re now going to talk about heart auscultation! The gist of it is to listen to the areas that best project the sound coming from each heart valve. Blood tends to carry the sounds in the direction of its flow so each area is situated superficial to the chamber or vessel into which the blood has passed and in a direct line with the valve orifice.

And now let’s talk about conditions that may affect the heart. First, there’s dextrocardia, which is a rare embryological folding defect where the heart is reversed so the apex is misplaced to the right instead of the left. Dextrocardia is associated with mirror image positioning of the great vessels and arch of the aorta. Basically, everything that normally is on the left is on the right and vice-versa. This condition might be part of something called situs inversus, which is a general transposition of the thoracic and abdominal viscera, or it occurs as isolated dextrocardia, where the transposition only affects the heart. When dextrocardia is associated with situs inversus, the incidence of other cardiac defects is low and the heart usually performs normally. However, in isolated dextrocardia, the congenital anomaly is complicated by severe cardiac anomalies, such as transposition of the great arteries.

Clinically, dextrocardia can be determined by palpating the apex beat over the right chest. Typically the apex beat, which is the most lateral inferior palpable portion of the heart on the chest wall typically found in the 4th or 5th intercostal space at the mid clavicular line, is on the right side. An x-ray can then be done to confirm dextrocardia.

Following a myocardial infarction, the conducting system of the heart might be damaged. The left coronary artery gives off the anterior interventricular branch which gives rise to the septal branches that supply the AV bundle in most people. Additionally, the branches of the right coronary artery mainly supply both the sinoatrial and atrioventricular nodes as we have said before. The occlusion of one of these arteries can lead to a heart block. In this case, the ventricles will begin to contract independently at their own rate which is approximately 25 to 30 per minute as they do not receive a signal from the SA or AV node, which is slower than their slowest normal rate of 40 to 45 per minute.

If the sinoatrial node has been spared, the atria continue to contract at the normal rate, but the impulse generated by the sinoatrial node doesn’t reach the ventricles. Damage to either the left or right AV bundle branches leads to a bundle branch block, where excitation passes along the unaffected branch and causes a normal systole of that ventricle only, and the affected ventricle receives conduction via muscle propagation to produce a late asynchronous contraction.