Assessments
Muscles of the thoracic wall

Muscles of the Thoracic Wall Figure 1. A Posterior view and B antero-lateral view of muscles of the thoracic wall. Figure 2. Antero-lateral view of A subcostal muscles (anterior portion of sternum and ribs dissected out), and B transversus thoracis muscle. Figure 3. A Tissue cross section of two ribs and associated tissues. B Antero-lateral view of ribs and most superficial fascia. Figure 4. Movement of ribcage and muscles of the thoracic wall during inhalation and exhalation. 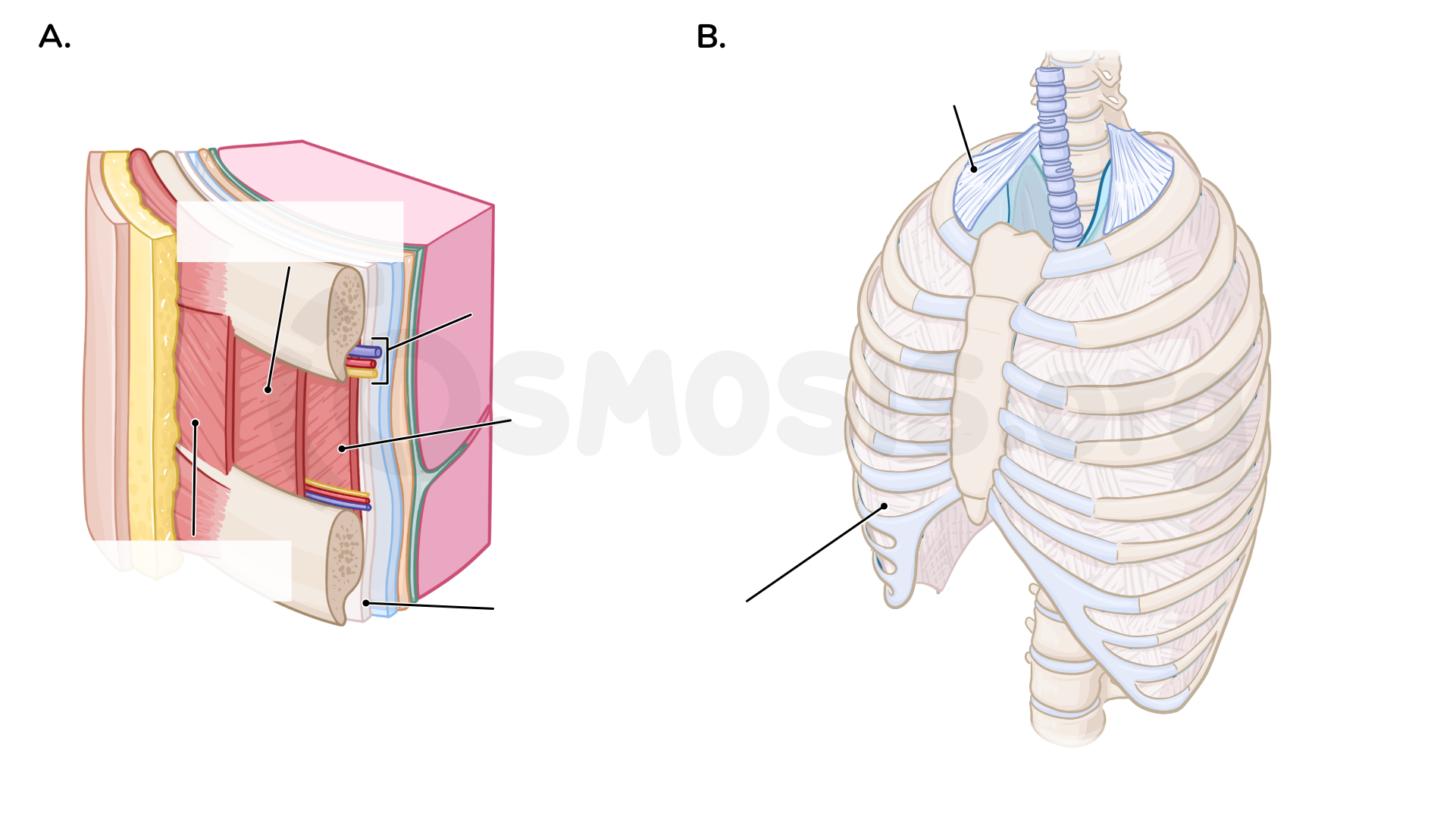 A patient is rushed to hospital following a stab wound to the chest just lateral to the manubrium. Which of the intercostal muscles would most likely be pierced first in this injury?

The thoracic wall surrounds the thoracic cavity, which is the anatomical region where viscera like the heart and lungs can be found.

However, the thoracic wall also does have muscles that have their primary action in the thoracic wall, and these are called the true muscles. They are the serratus posterior, levatores costarum, subcostals, transversus thoracis, and the innermost, internal, and external intercostals.

Both of these muscles have also been shown to have a role in proprioception, meaning that they might make you aware of the position of the body. For example, when you’re lying in bed with your eyes closed, these muscles, among others, could send signals to the brain regarding where you are and what’s your position in relation to the bed.

Next, the levatores costarum muscles are 12 triangle shaped muscles with a proximal attachment to the transverse processes of C7 through T11 vertebrae and distal attachments to the subjacent ribs between the tubercle and the angle of that rib. Their main action is to elevate the ribs.

To visualize this, the fibers run in the same way your fingers would if you were to cross your arms to hug yourself and place your hands on your hips. The internal intercostal attaches to the bodies of the ribs and their costal cartilages all the way to the sternum anteriorly and posteriorly as far as the angles of the ribs.