Anatomy of the anterolateral abdominal wall Figure 1: Muscles of the anterolateral abdominal wall A. Superficial B. Deeper dissection. 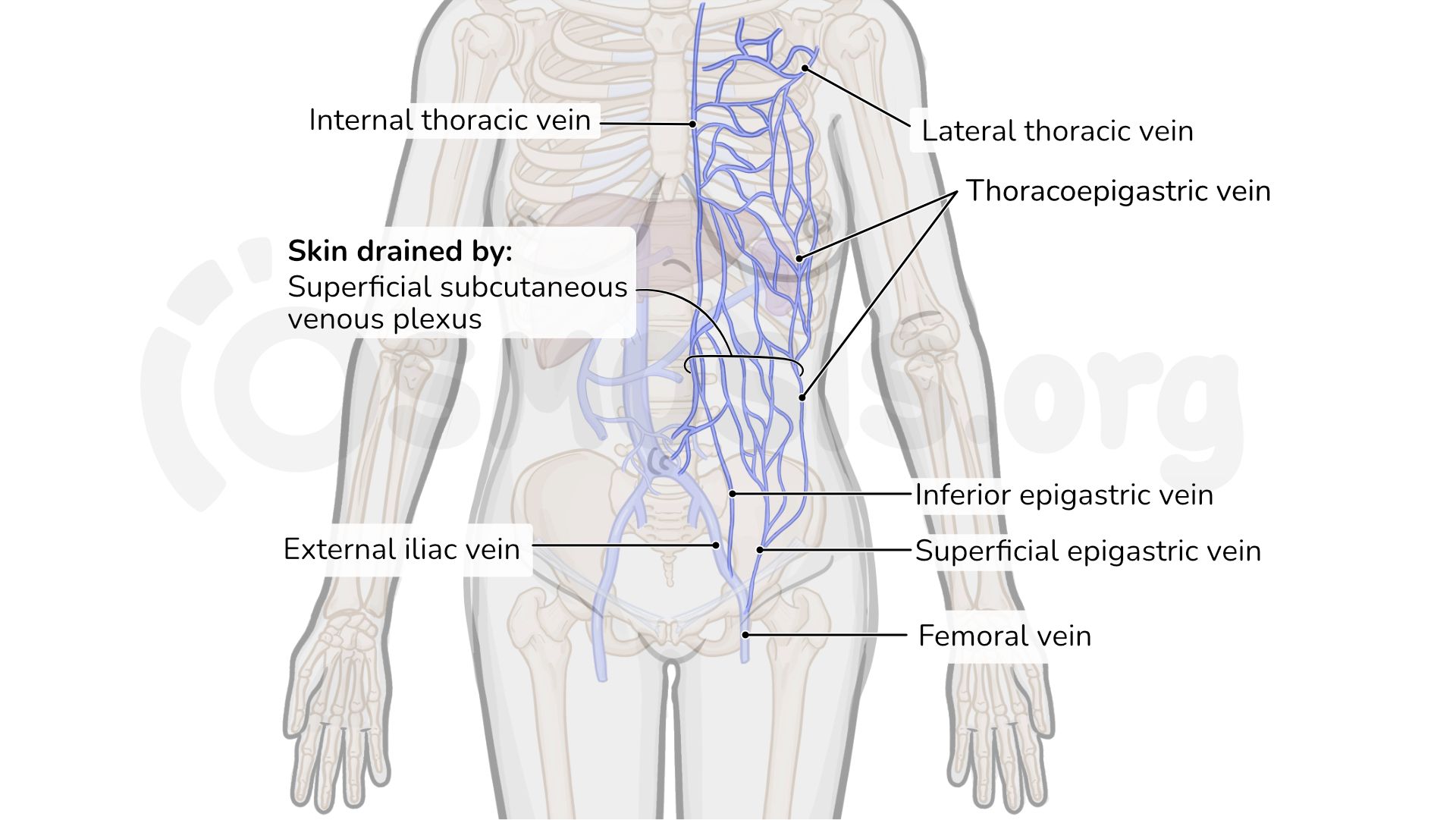 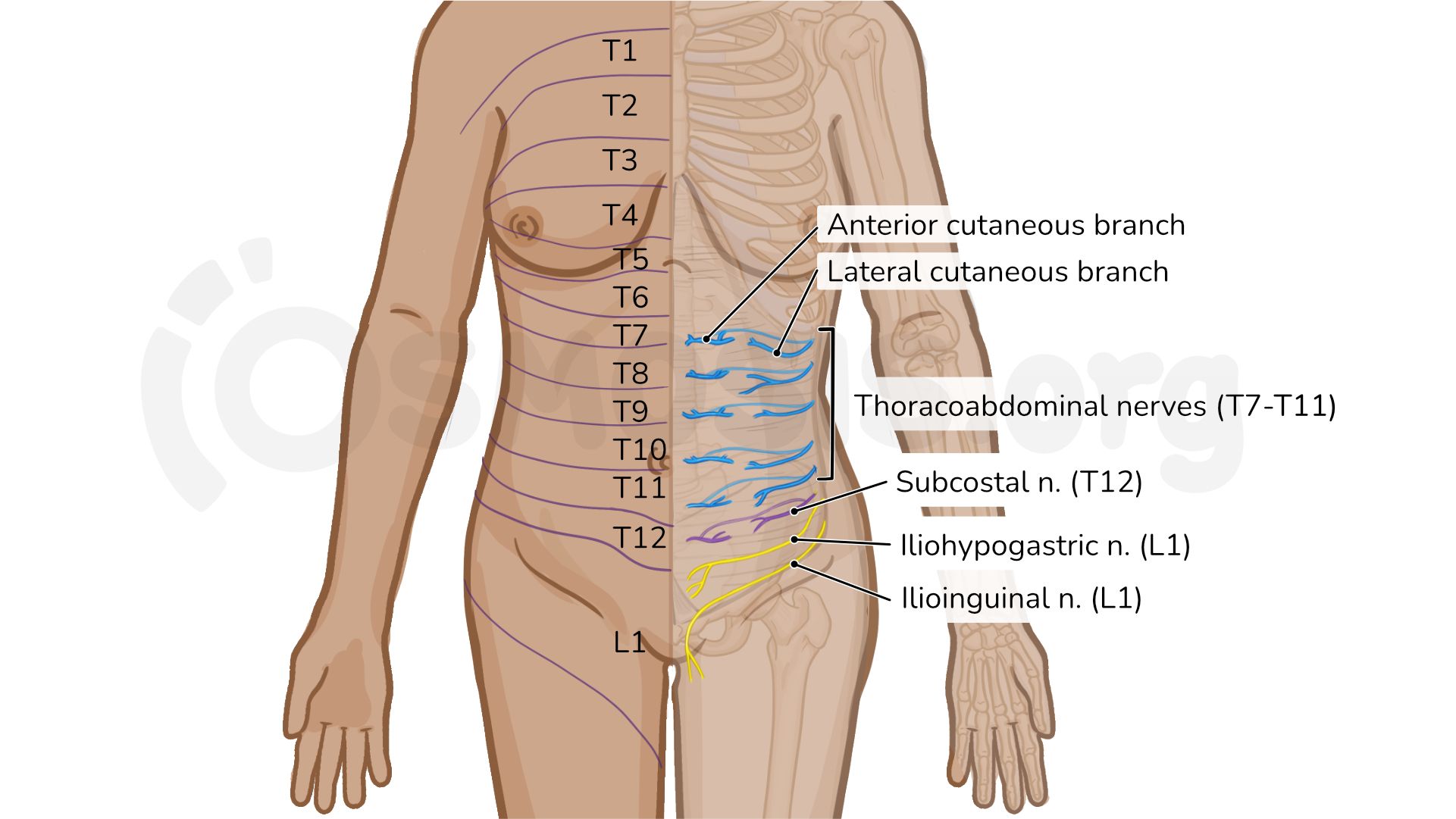 Figure 8: Dermatomes and nerves of the anterolateral abdominal wall. 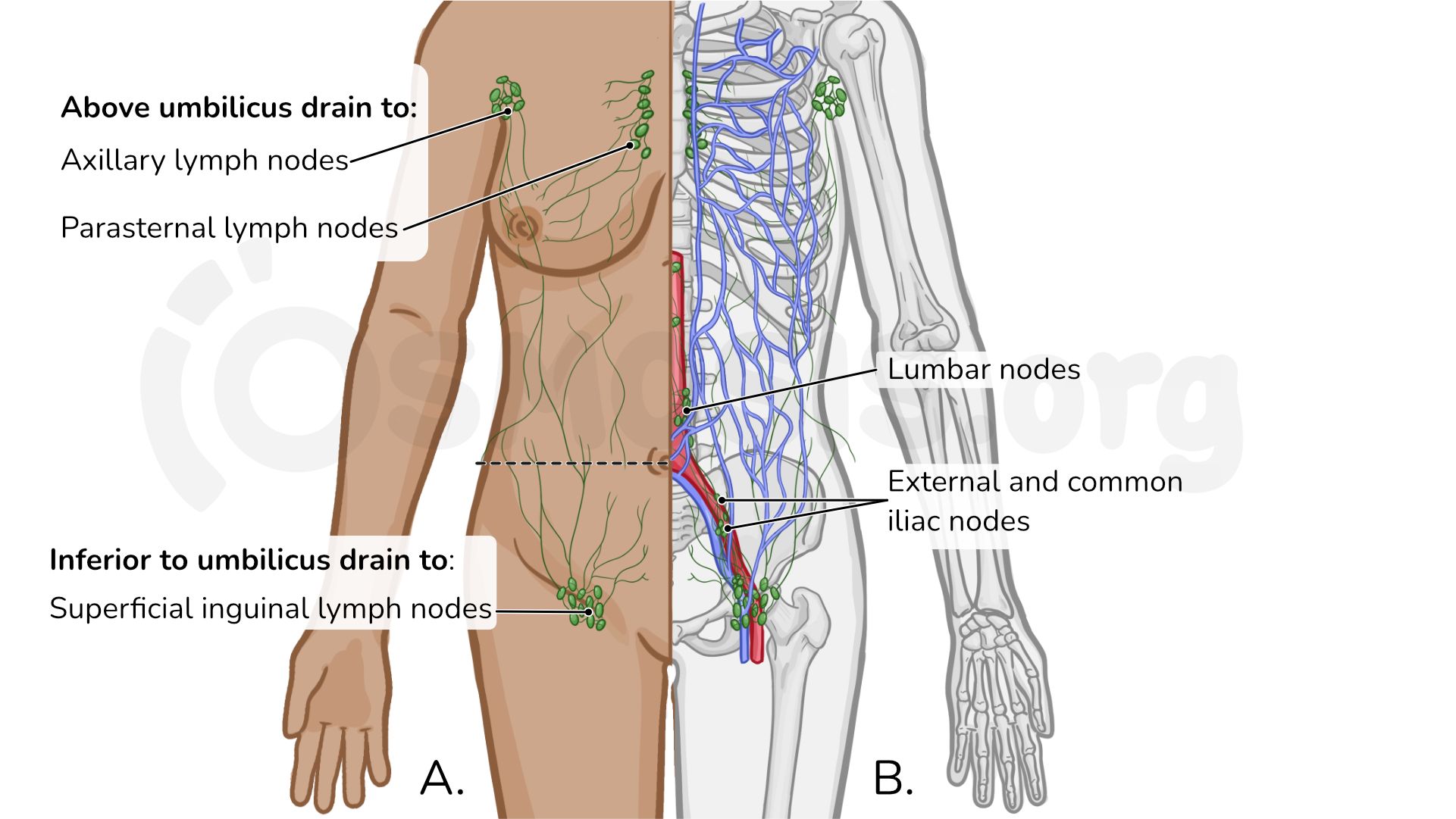 Figure 9: Superficial (A.) and deep (B.) lymphatic drainage of the anterolateral abdominal wall. 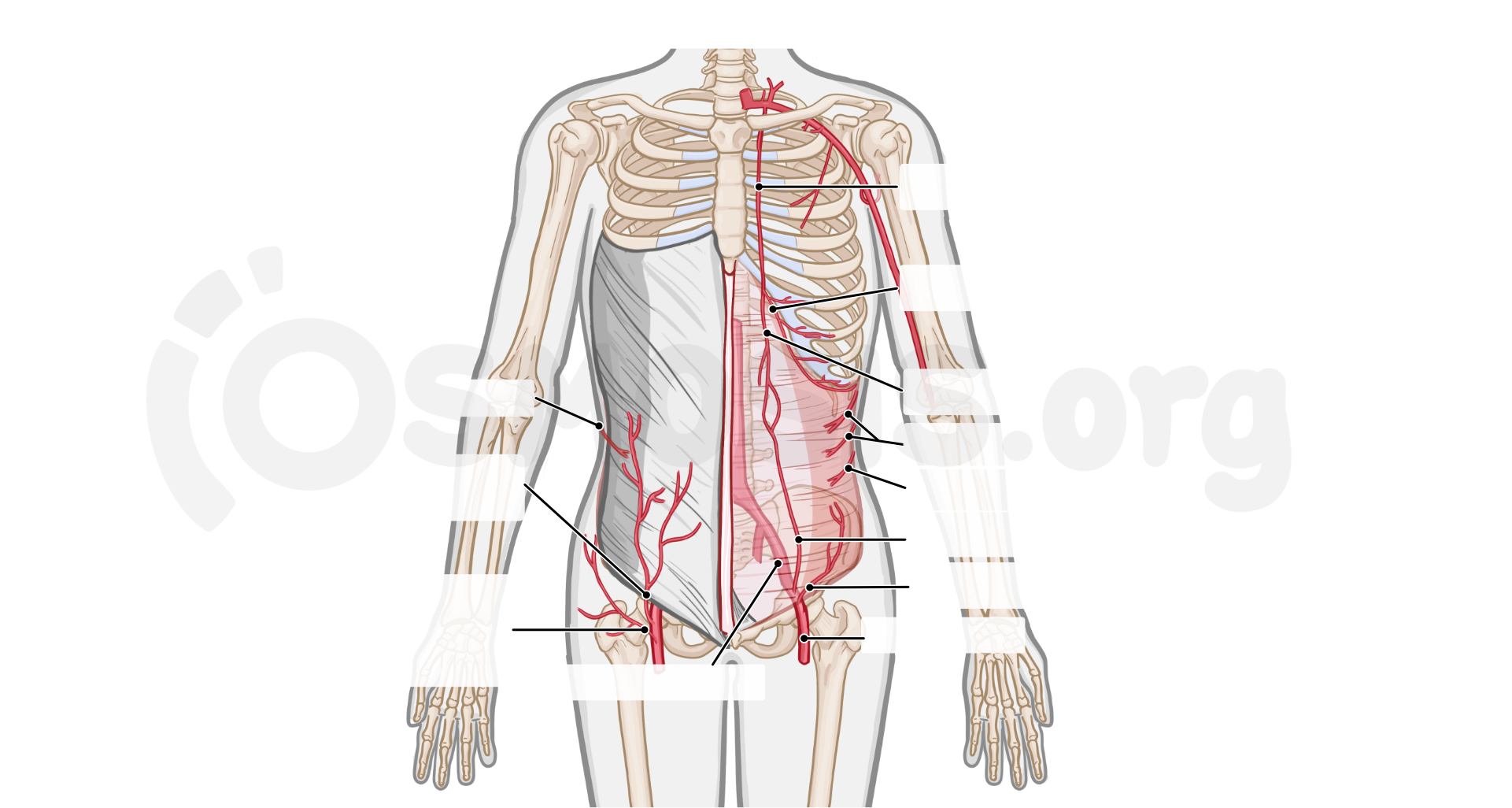 The abdominal wall is subdivided into the anterior wall, the right and left lateral walls, and the posterior wall. These walls are musculoaponeurotic, meaning they are composed of muscles and fascial layers, except for the posterior wall which is also made up by the lumbar vertebral column. This musculoaponeurotic wall functions to enclose and protect the abdominal viscera, stabilize and contribute to movements of the trunk, and also increase the intra-abdominal pressure which is needed during urination, defecation, vomiting, and assisting in childbirth.

The anterolateral wall is composed of many different layers. There’s 12 of them in total. The most superficial layer is the skin, which covers a superficial fatty layer of subcutaneous tissue, or fat, known as Camper fascia, which is a major site of fat storage. Deep to the Camper fascia, there is a membranous layer of subcutaneous tissue known as Scarpa fascia, which is continuous inferiorly with the superficial perineal fascia, or Colles fascia. And deep to the superficial fascial layers, there are 3 muscle layers, each covered in a layer of a deep fascia - so 6 layers in total. So right after Scarpa fascia, there’s the superficial investing fascia, followed by the most superficial muscular layer: the external oblique muscle. Then comes the intermediate investing fascia and the internal oblique muscle. And finally, there are the deep investing fascia and the transversus abdominis muscle.
Deep to the transversus abdominis is the transversalis fascia. And finally, for our two deepest layers, there is a thin layer of extraperitoneal fat which is just above the parietal peritoneum, which is the deepest layer of the abdominal wall and lines the abdominal cavity.

So just to recap, let’s take a quick break and see if you can recall the layers of the antero-lateral abdominal wall!

Aponeuroses are simply flat sheets of fibrous tissue that anchor muscles to bone, deep fascia, or other muscles. The aponeuroses from the left and right flat abdominal muscles fuse in the midline to form the linea alba, which is latin for ‘white line’ and runs from the xiphoid process to the pubic symphysis.

The deepest and final layer of the flat abdominal muscles is the transversus abdominis. Living up to its name, its fibers run transversely, except for the inferior fibers which run parallel to the internal oblique. This muscle originates from a number of structures including the internal surface of the seventh to twelfth costal cartilages, the thoracolumbar fascia, iliac crest, and connective tissue deep to the lateral third of the inguinal ligament. Along with the external and internal obliques, it inserts at the linea alba, as well as the pubic crest. It also has the same innervation as the internal oblique and the thoracoabdominal nerves, subcostal nerve and the nerves from the L1 anterior ramus. And similar to both oblique muscles, the transversus abdominis helps to compress the abdominal contents in order to increase intra-abdominal pressure , which is helpful during forced expiration, defecation and labour. Unlike the obliques, though, it doesn’t play a role in trunk movement.

The second vertical abdominal muscle is the pyramidalis muscle which is a smaller, triangular or pyramidal shaped muscle. It lies anterior to the lower portion of the rectus abdominis and originates on the anterior surface of the pubis and inserts at the linea alba. Interestingly, up to 20% of people don’t have a pyramidalis muscle, but luckily it is not a critical organ considering its only function is to tense the linea alba.

Now, the fibrous rectus sheath is a strong, incomplete aponeurotic covering of the pyramidalis muscle and the rectus abdominis muscle. It also contains the superior epigastric and inferior epigastric arteries, which are an important blood supply for the abdominal wall, as well as other veins, lymphatic vessels, and nerves. The overall function of the rectus sheath is to protect the structures contained within it. The rectus sheath itself is formed from interweaving of the flat abdominal muscles’ aponeuroses with one another.

So, the anterior layer of the rectus sheath above the costal margin consists only of the external oblique aponeurosis. It doesn’t contain a posterior layer and therefore the rectus abdominis lies directly on the thoracic wall.