A 9-year-old boy comes to the office with his mother for a check-up. She is concerned about him because he has withdrawn from school lately. He still enjoys going to soccer practice and swim meets, but his report cards have gotten progressively worse even though his teachers have not noted any behavioral issues and say he is a bright boy. The school nurse has called her once a week for the past month because he complains of stomach aches during class. Evaluation shows a well-nourished boy who makes eye contact appropriately and responds to questions when asked. Which of the following most likely characterizes his condition? 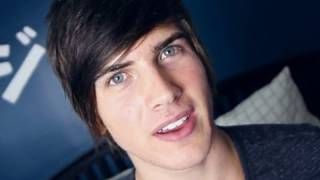 The DSM-5 defines specific learning disorders as a set of disorders that relate to having difficulty learning and developing certain skills for at least 6 months.

People can have difficulty with just one of those activities, but they can also have problems in all three areas.

These disorders are considered specific learning disorders because they don’t stem from another condition like an intellectual disorder or a global developmental delay, and they aren’t due to an obvious environmental cause like not being taught how to read, write, or do math.

Learning disorders are usually diagnosed during the school-aged years, when a child’s skill can be assessed and is found to fall significantly below the average of other children in their age group.

Dyslexia affects both oral and written communication throughout an individual’s life.

People with dyslexia often have trouble identifying letters or words, and this can result in slow, inaccurate, and effortful reading.

This often becomes obvious when a person with dyslexia is reading aloud, because they might have to hesitate or guess at words, and they might end up reading without normal intonation or expression.

Dyslexia can also cause difficulty with spelling because a person might add or omit letters by mistake.

Having to go through all of this extra effort with reading means that people with dyslexia might also have a hard time understanding what they’ve read, missing the deeper meaning of a passage, forgetting the correct sequence of events, or being unable to make inferences about what they’ve read.

Dysgraphia describes having trouble with writing: specifically, poor spelling and difficulty with grammar.

People with dysgraphia often have poor handwriting, even though they don’t have trouble with other fine motor skills, like, for example, using tweezers.

They might mix print and cursive writing, or might misuse upper and lowercase letters; as a result, their writing is often slow and labored, causing them to get writing fatigue.

Dysgraphia can also involve more global writing problems like having difficulty putting thoughts down on paper, or thinking and writing at the same time, which, as you might guess, leads to writing that lacks clarity and cohesion.