Specialties
Library
Resources
For institutions
Sign in
Free trial
Free trialLog inSchool Sign inSpecialties
Medicine (MD)Medicine (DO)Physician Assistant (PA)Nurse Practitioner (NP)Registered Nursing (RN)DentistryPharmacyOther Healthcare Professional
LibraryResources
EventsBlogGreeting CardsTestimonialsOsmosis Around the World
Summary of Loa loa (Eye worm)
Loa loa is the filarial tissue nematode (roundworm) species that causes Loa loa filariasis. It is commonly known as the "eye worm" as the worm may be visualized crawling in the patient's conjunctiva. If a parasite stops in one place for a short period of time, the human host will suffer from local inflammation known as Calabar swellings. These are localized, tense, inflammatory pruritic subcutaneous edema seen in joints of extremities.Transmission is via the bite of a fly (deer fly, mango fly, horse fly). Treatment is with diethylcarbamazine. Its geographic distribution includes Africa and India. 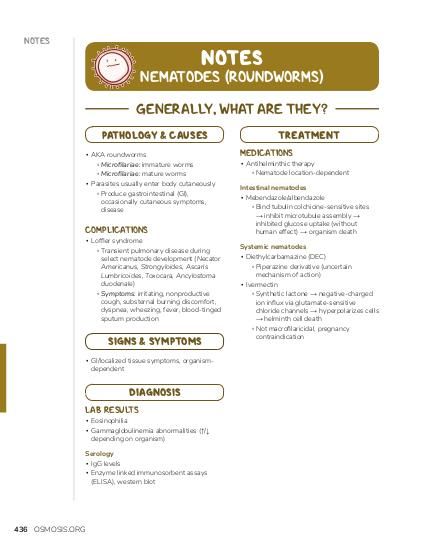 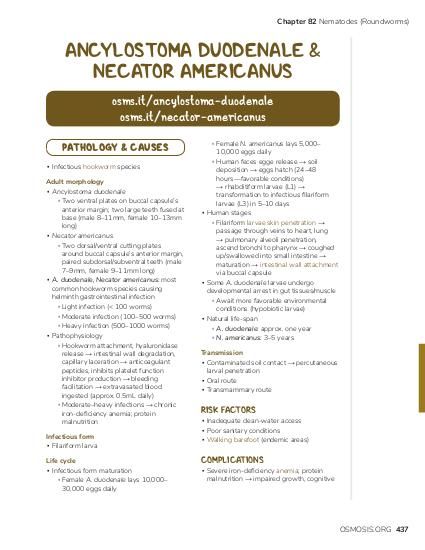 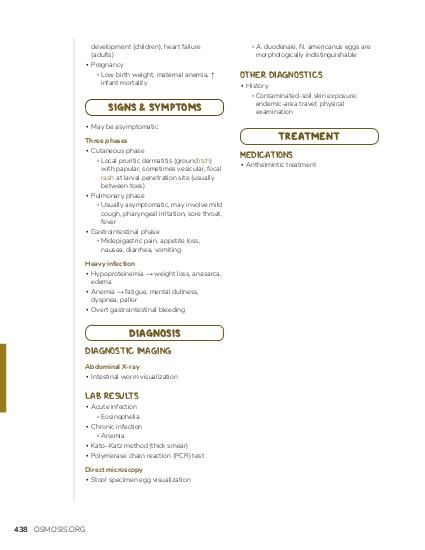 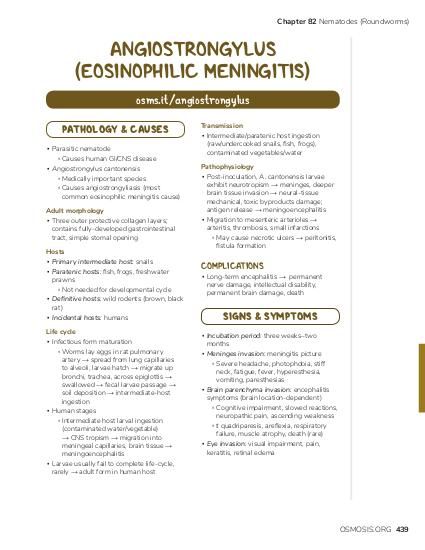 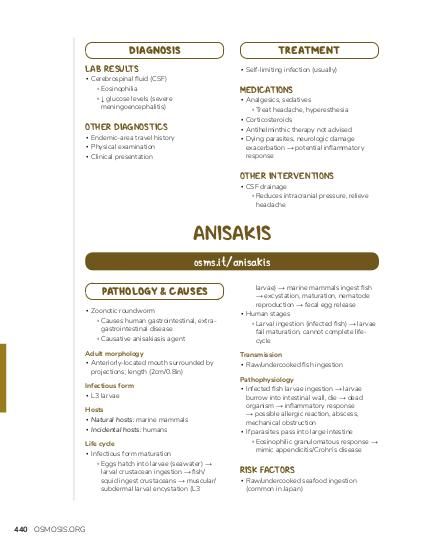 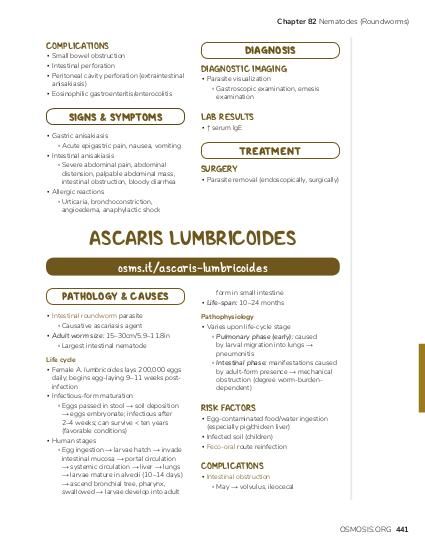 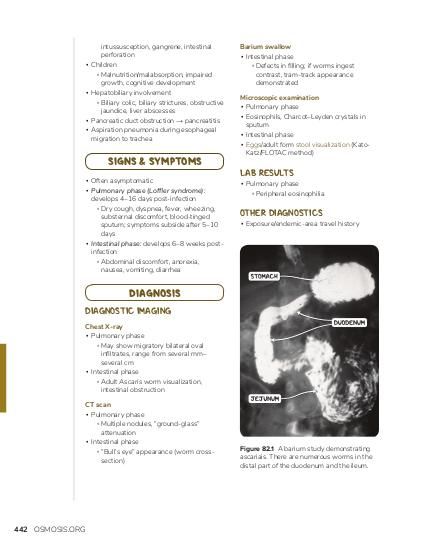 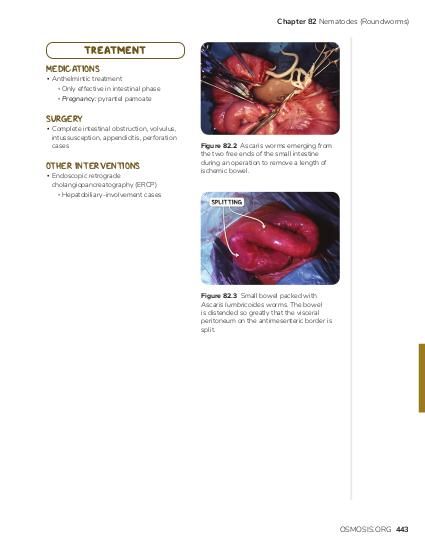 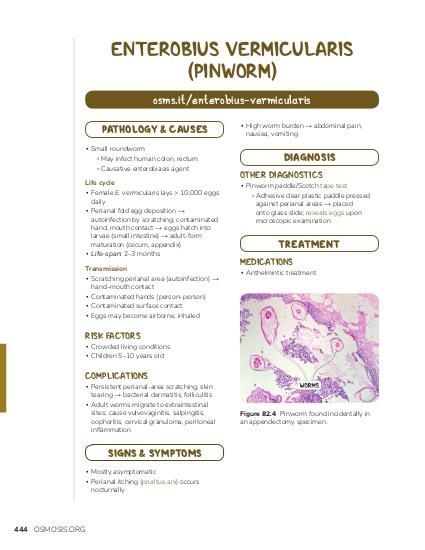 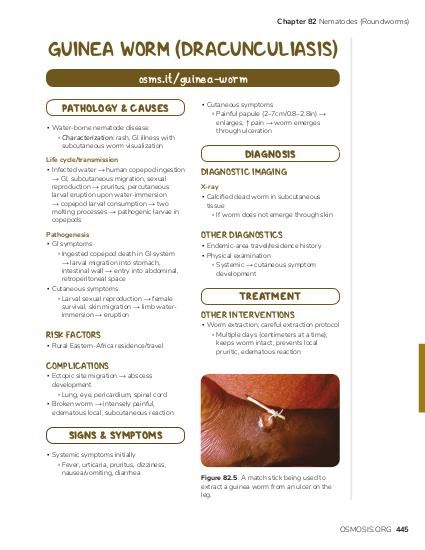 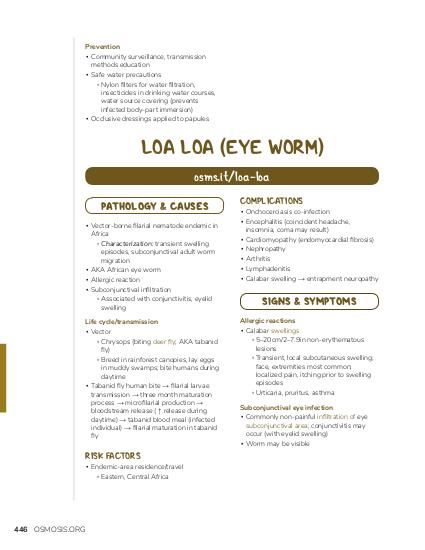 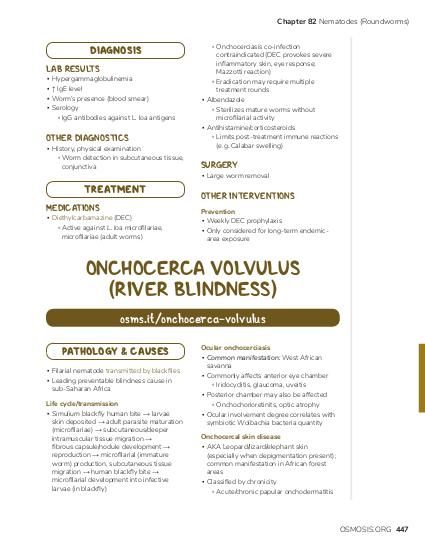 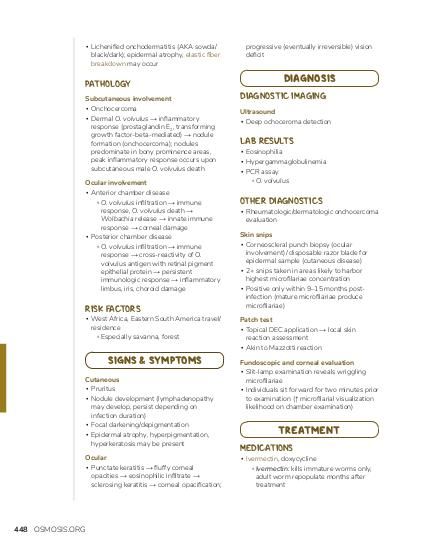 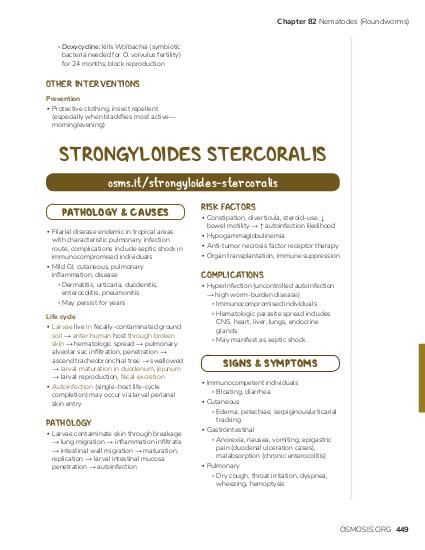 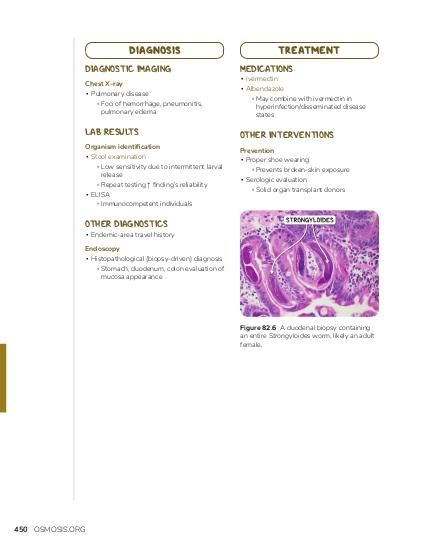 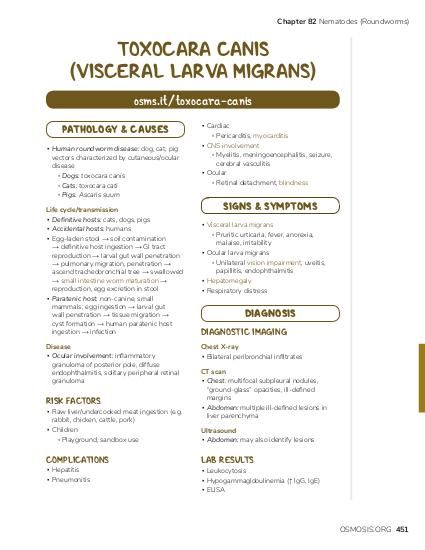 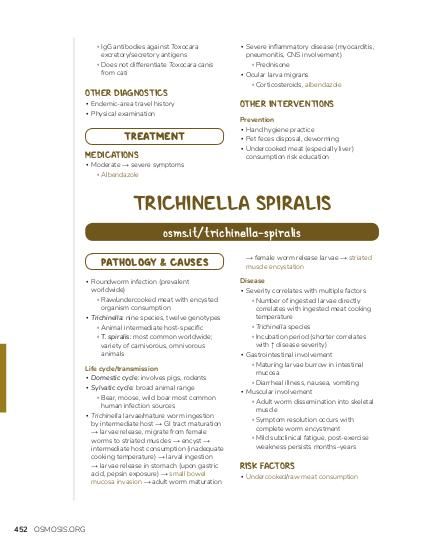 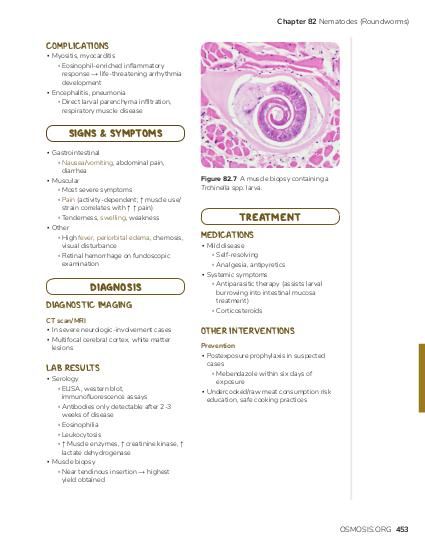 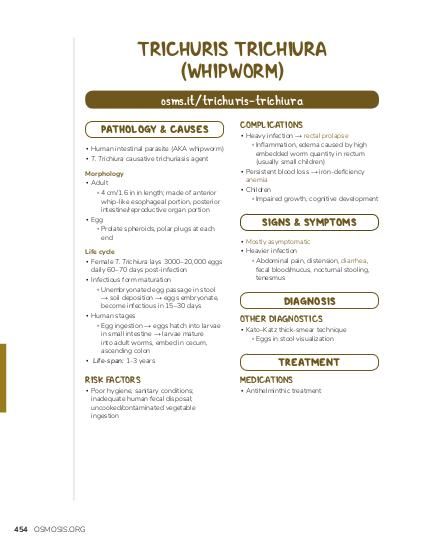 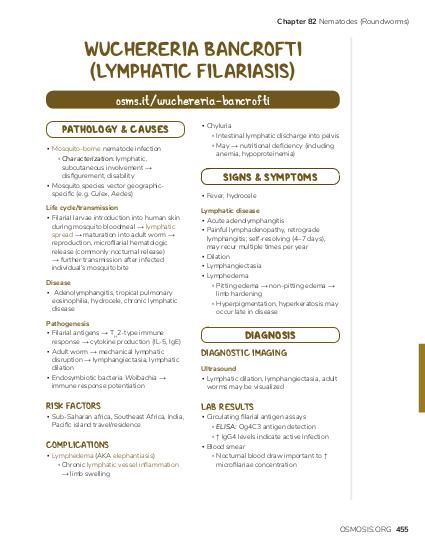 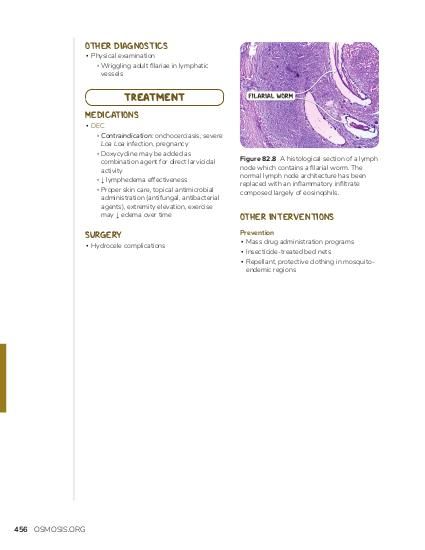 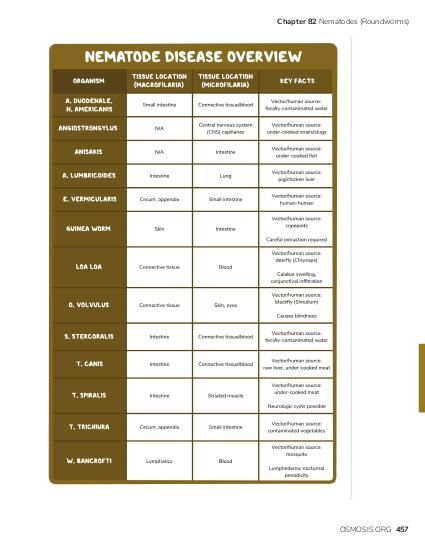 The tissue nematode Loa loa is transmitted via the bite of a .

A 38-year-old man comes to the clinic complaining of itchy rashes which have developed on his arms and legs. On examination, there is noticeable angioedema on his extremities as well as on the left side of his face. On close inspection of his eye, there is a visible worm crossing under the conjunctiva. His past medical history is unremarkable and his only recent travel was a business trip to Nigeria 6 months ago. His blood results are remarkable for eosinophilia and his peripheral smear is shown below.

A diagnosis of Loa Loa is made. Which of the following is the main vector for transmission of this parasitic infection? 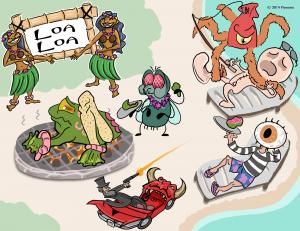 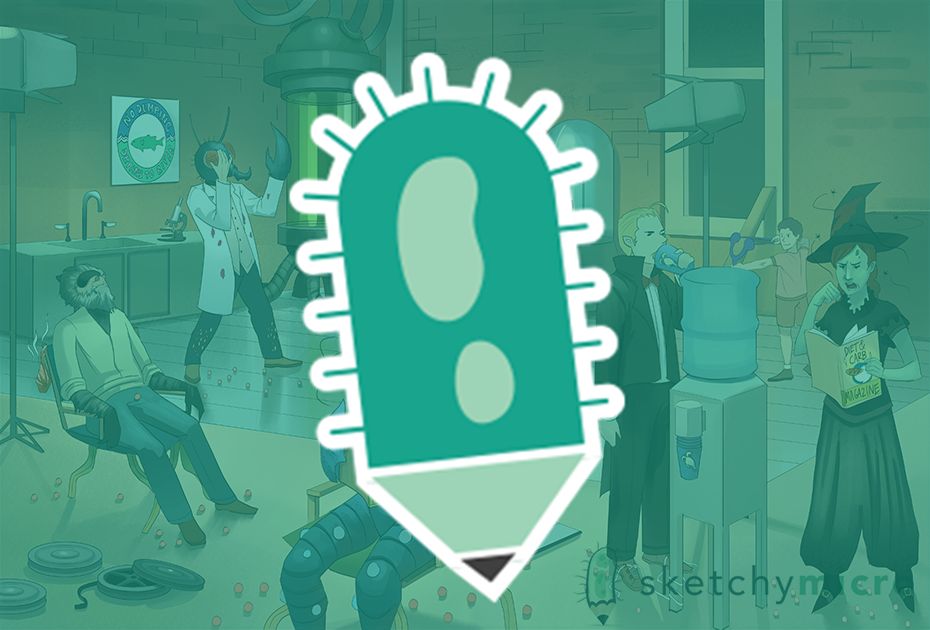