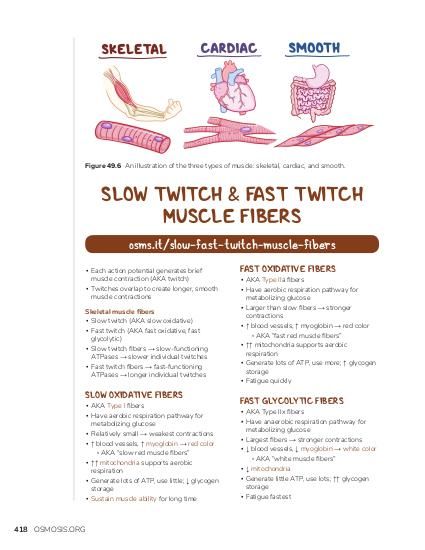 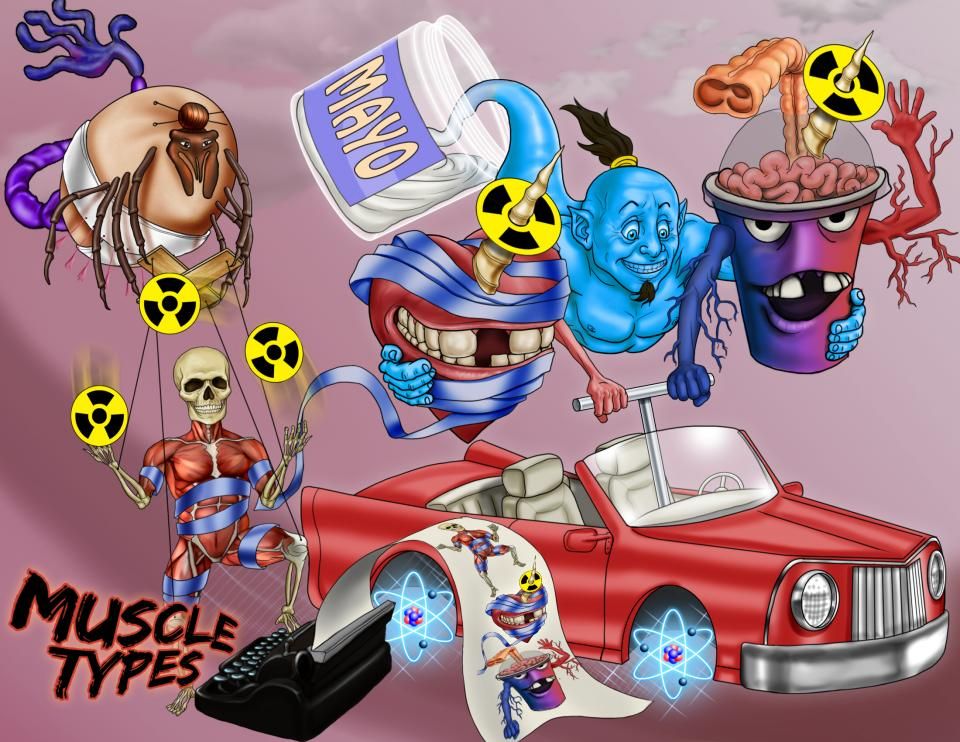 The muscular system is composed of specialized cells called muscle fibers, which contain contractile proteins that enable them to contract and relax. The main types of muscle tissue are: skeletal, cardiac and smooth muscles.

Skeletal muscles are voluntary muscles attached to bones, which enable movement of the skeleton, and maintain body temperature by generating heat. The cardiac muscle is present only in the heart and is responsible for cardiac contraction that pumps blood throughout the body. Smooth muscles lie mainly in the walls of hollow viscera, such as the stomach and intestines, where they help to propel substances through these organs.