What is a Ghon complex?

Ghon complex, a radiologically detectable finding characteristic of primary tuberculosis (or TB), was first reported by Anton Ghon, an Austrian pathologist. It refers to the presence of a pulmonary lesion, known as Ghon lesion or Ghon focus, along with ipsilateral hilar lymph node involvement. Hilar lymph nodes are the lymph nodes of the pulmonary hila. What causes a Ghon complex?

A Ghon complex is caused by Mycobacterium tuberculosis, which is the bacteria that causes TB. When the Mycobacterium enters the lungs, macrophages recognize the Mycobacterium as foreign and attempt to phagocytize them. Typically, a macrophage does this by engulfing the foreign material and packaging them into a structure called phagosome. The macrophage then fuses the phagosome with a lysosome, or organelle of the cell that contains enzymes that break down biochemical molecules. However, Mycobacterium can produce a protein that inhibits this fusion, thereby allowing the Mycobacterium to survive, proliferate, and create a localized infection called primary tuberculosis. Nevertheless, approximately three weeks after the initial infection, more specific immune cells (e.g., T cells, B cells, and Neutrophils) surround the site of TB infection, creating a wall of immune cells known as a granuloma, which isolates the bacteria and prevents it from spreading. The tissue inside the granuloma then dies during a process referred to as caseous necrosis, or cheese-like necrosis. This necrotic area is known as a Ghon focus. TB infection can also spread to nearby hilar lymph nodes, either carried through the lymph or by direct extension of the Ghon focus. Together, the caseating tissue and associated lymph node involvement make up the characteristic “Ghon complex.”

How is a Ghon complex diagnosed?

Diagnosis is usually based on radiographic findings on chest X-ray. A Ghon complex should also be suspected in an individual with a history of exposure to Mycobacterium Tuberculosis (M. Tuberculosis), or presence of risk factors, such as immunocompromised status (e.g., individuals with AIDS, cancer, or receiving anticancer medications), substance abuse, working in a healthcare environment, and recent travel to countries with limited medical access. The complex is typically located in the subpleural space, or the space between the ribs and the parietal pleura (i.e., outer surface of the lungs), of the upper part of the lower lobe or the lower part of the middle or upper lobes. The Ghon complex can present as scarring of the lung tissue, as a cavitary lesion in the lung, or as a consolidation (i.e., presence of liquid in one of the lobes of the lung). Other diagnostic tests, such as sputum or nasopharyngeal aspirate testing and culture of M. Tuberculosis, can be used to confirm diagnosis of primary TB.

Sometimes, the Ghon complex can present similarly to the “Ranke complex,” which is a later manifestation of the Ghon complex that forms when the granuloma undergoes fibrosis, and often calcification. On chest X-ray, the Ranke complex is characterized by the presence of a calcified Ghon lesion along with same side calcified mediastinal lymph nodes.

How is a Ghon complex treated?

Treatment of the Ghon complex is identical to treatment of TB, which typically includes a combination of antibiotics, including isoniazid, rifampin, pyrazinamide, and ethambutol. Individuals are typically non-infectious to others within several weeks of treatment. Since active TB is very contagious, individuals are typically isolated in negative pressure rooms, and visitors are asked to wear protective N-95 masks until treatment is complete.

What are the most important facts to know about a Ghon complex?

Ghon complex, a radiographic finding that is associated with primary TB, refers to the presence of a pulmonary caseating granuloma, known as Ghon lesion or Ghon focus, along with hilar lymph node involvement. Diagnosis relies on clinical history and radiographic findings. Ghon complexes are typically located in the subpleural space at areas that are well ventilated, specifically the lower regions of the lungs. They consist of scar tissue, cavities, or lobar consolidation. Management includes a combination of antituberculosis antibiotics, such as isoniazid, rifampin, pyrazinamide, and ethambutol as well as isolation in negative pressure rooms to avoid spreading TB infection.

Quiz yourself on Ghon Complex 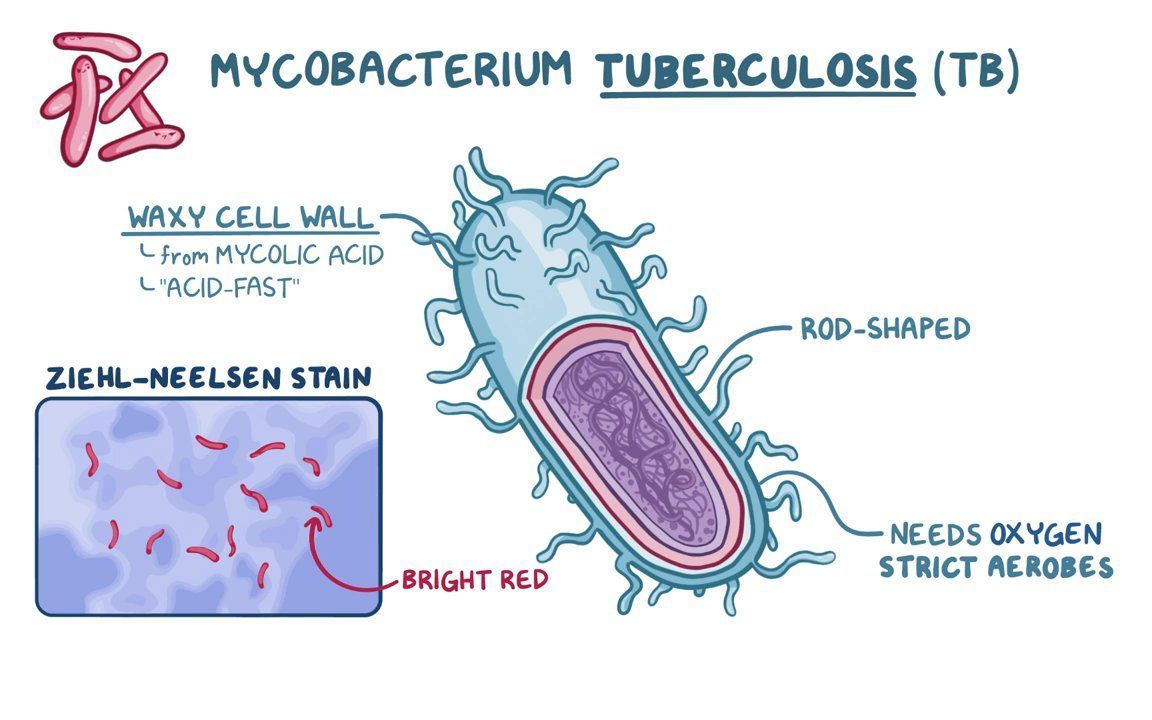 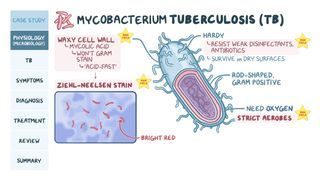 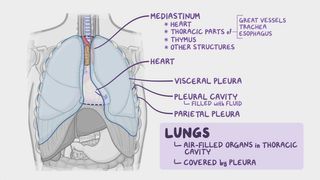 Anatomy of the lungs and tracheobronchial tree 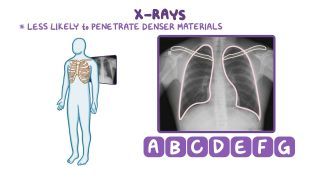 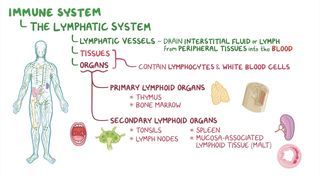