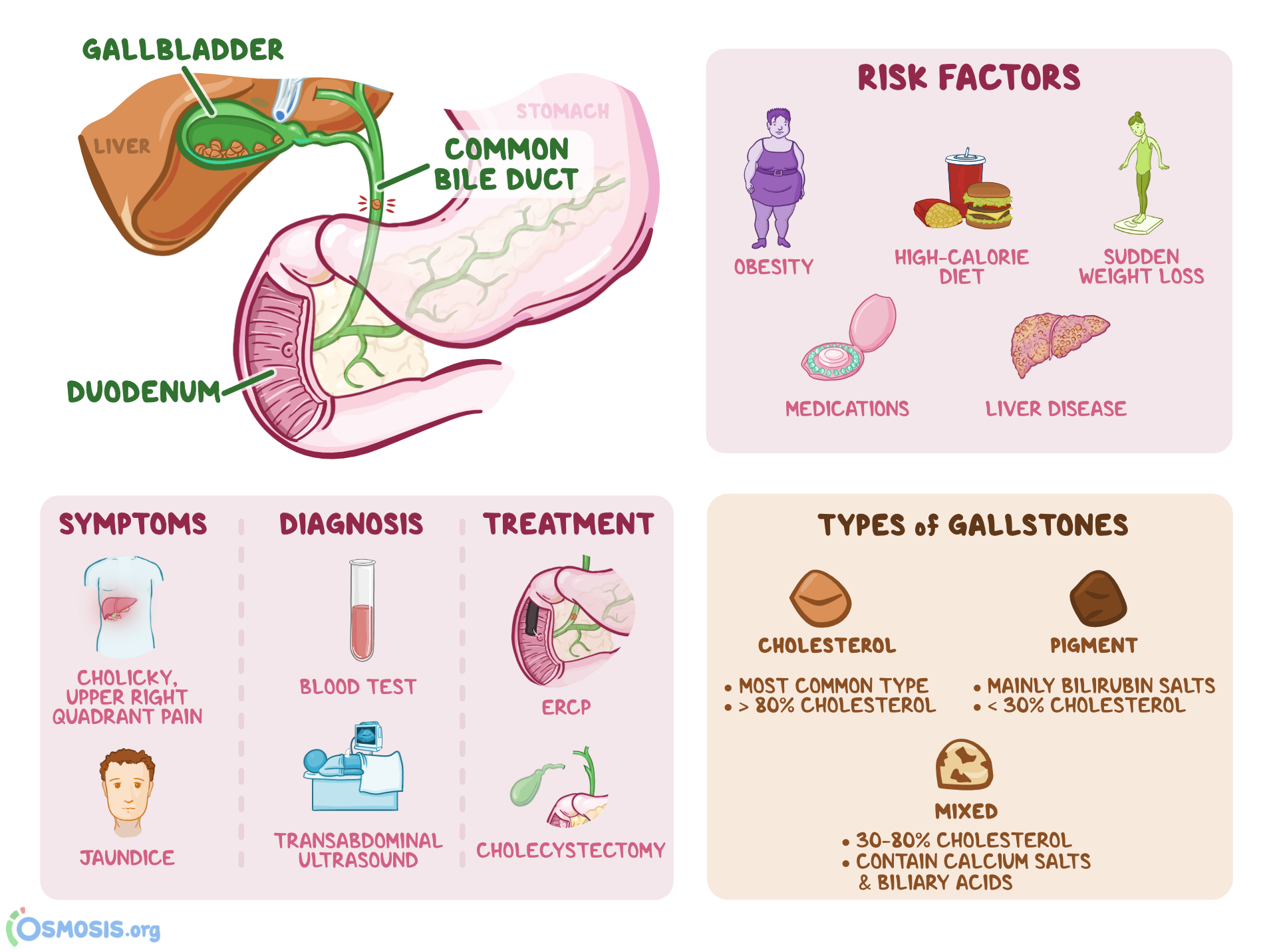 What does choledocholithiasis mean?

Gallstones occur when there’s an imbalance in the composition of bile, which leads to sedimentation and formation into stones. Risk factors for developing gallstones include sudden weight loss, obesity, dietary factors like high-calorie diets, liver disease, and medications containing estrogen like oral contraceptives or hormonal therapy.

Choledocholithiasis may be asymptomatic if bile can flow past a partial obstruction. On the other hand, when the obstruction is complete, bile can’t flow past it, causing distension and increased pressure as bile accumulates behind the obstruction. As a result, individuals can develop right upper quadrant abdominal pain. If left untreated, choledocholithiasis can lead to more serious complications, such as infection of the biliary tract and acute biliary pancreatitis.

Can choledocholithiasis cause cholecystitis?

Can choledocholithiasis cause cholangitis?

Choledocholithiasis can cause cholangitis, which is an infection of the bile ducts. The three typical symptoms of cholangitis are known as Charcot's triad, consisting of abdominal pain, jaundice, and fever. Cholangitis can be life threatening, so it requires urgent treatment with intravenous fluids and antibiotics, followed by removal of the obstruction. In some cases, cholecystectomy may be recommended.

How do you diagnose and treat choledocholithiasis?

Diagnosis of choledocholithiasis is suspected when an individual presents colicky pain in the right upper abdominal quadrant, along with intermittent episodes of jaundice due to the buildup of bilirubin in the blood. In addition, some individuals may present dark urine as a result of the excess bilirubin into blood being excreted in the urine; as well as pale stools, since bilirubin is not able to properly flow into the gastrointestinal tract.

To demonstrate choledocholithiasis, blood tests can be done to look for high levels of bilirubin and liver enzymes. Initially, a transabdominal ultrasound can be performed to look for dilation of the common bile duct, along with the presence of shadowing if the gallstone can be seen.

Due to their small size or composition, some gallstones may not be detectable on standard imaging techniques. In highly symptomatic individuals without evidence of gallstones, cholescintigraphy with a HIDA scan (hepatobiliary iminodiacetic acid scan) should be considered. A HIDA scan is a nuclear medicine technique that uses a radioactive tracer (iminodiacetic acid, IDA) to track the flow of bile from the liver to the small intestine. The absence of tracer in the small intestine suggests an obstruction in the biliary tract.

Can bile duct stones pass on their own?

In some cases, small stones are able to spontaneously pass into the duodenum. However, most cases need stone removal through ERCP or surgery.

ERCP uses an endoscopic guide to perform a small opening in the biliary tract, so that the stones can pass more easily. ERCP is highly successful, but it can have complications like pancreatitis, bleeding, and rupture of the duct.

Stone removal is most often followed by cholecystectomy to prevent the recurrence of stones.

What are the most important facts to know about choledocholithiasis?

Choledocholithiasis is more commonly referred to as “bile duct stones”, given that they are stones that lodge within the common bile duct. Most often, these stones are formed in the gallbladder from a mixture of cholesterol and bile, and then migrate to the common bile duct, obstructing it. Partial obstruction may be asymptomatic, while complete obstruction can lead to symptoms resulting from the build-up of bile. Symptoms of choledocholithiasis can include cholicky, upper right quadrant abdominal pain, along with intermittent jaundice. Diagnosis can be confirmed through blood tests, imaging tests, and, occasionally, radioactive tracers. Although small stones can pass on their own, endoscopic retrograde cholangiopancreatography is often employed to help their passing, followed with a cholecystectomy to prevent recurrence.

Quiz yourself on Choledocholithiasis 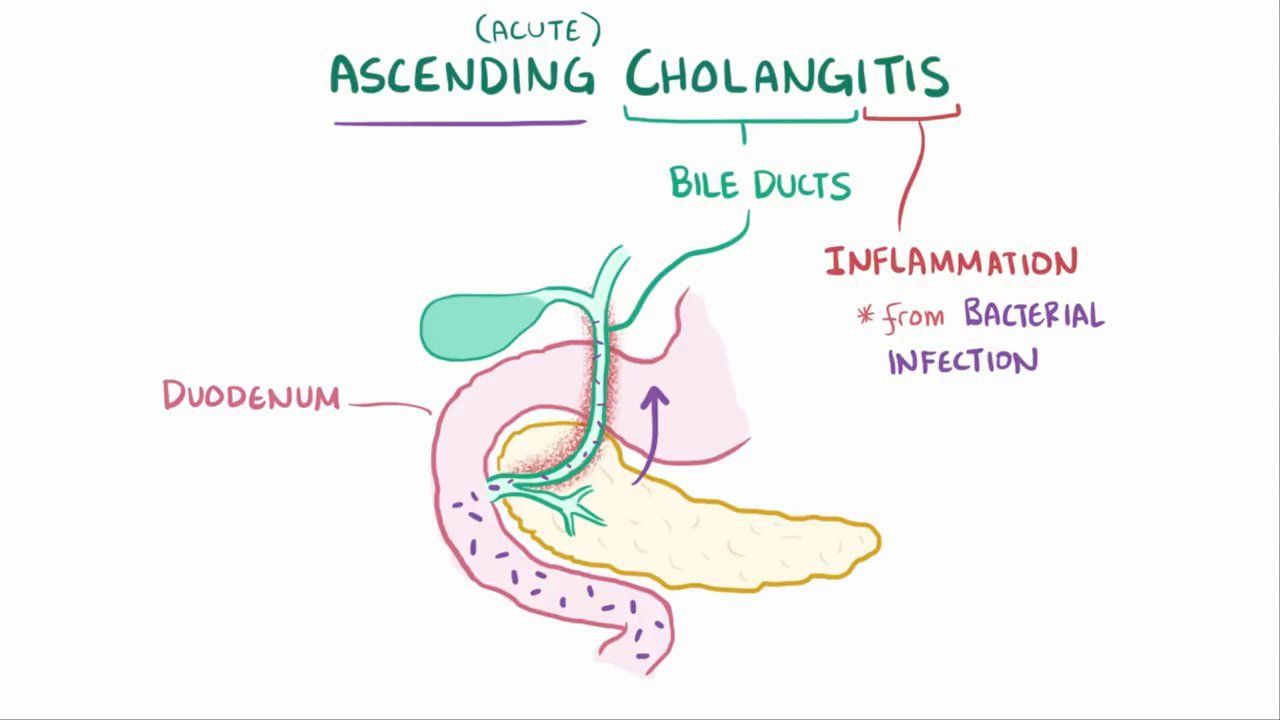 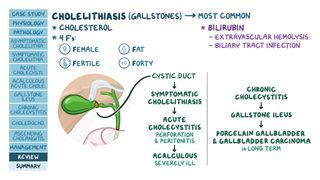 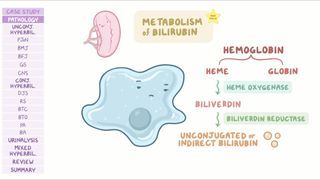 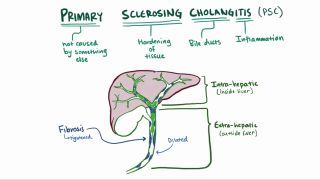