What is the hippocampus?

The hippocampus is a small but complex brain structure that plays an important role in the process of learning and the formation of new memories. The word hippocampus comes from the Greek words “hippo”, meaning horse, and “kampos”, meaning sea monster. Together, hippocampus translates to seahorse monster, or just "seahorse,” and refers to the hippocampus’ seahorse-like shape.

In addition to its role in learning and memory, the hippocampus is an essential part of the brain’s limbic system, a group of structures involved in the regulation of emotions and other behaviors needed for survival, such as feeding, fighting, and sexual behavior. Structures that are included in the limbic system include the hypothalamus, olfactory cortex, amygdala, subcallosal area, cingulate gyrus, parahippocampal gyrus, mammillary bodies, and the basal forebrain, in addition to the hippocampus. 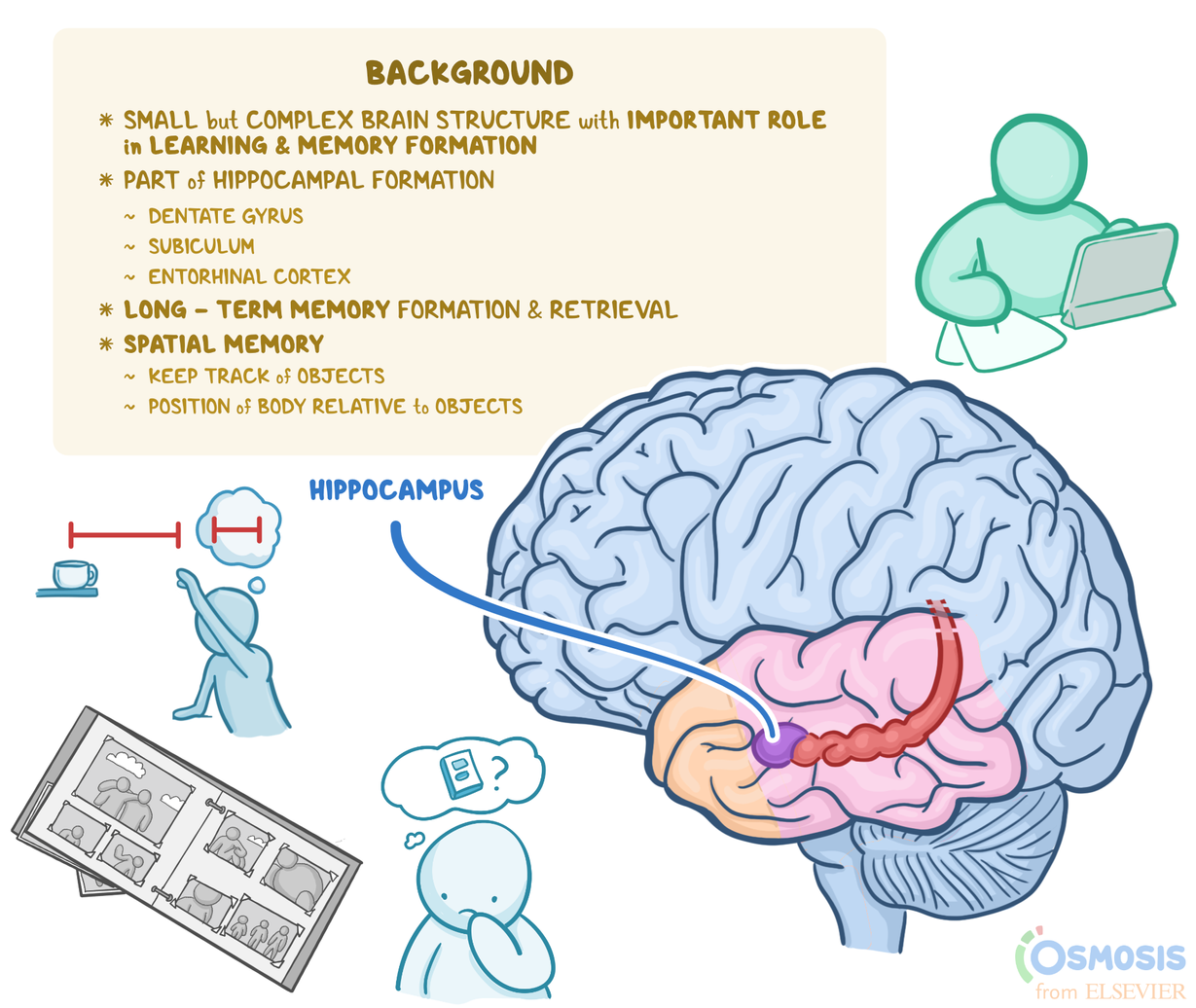 Where is the hippocampus located?

The hippocampus is located deep in the brain, hidden within the medial part of the temporal lobe. On a mid-sagittal section of the brain, it can be seen lying posterior to the amygdala and extending posteriorly to the splenium of the corpus callosum. Although it is often referred to in the singular, there are actually two hippocampi in the human brain—one in each cerebral hemisphere.

The two hippocampi are connected via the fornix, which is a C-shaped bundle of nerve fibers that connect the hippocampi together, as well as with other structures in the brain. The fornix begins as a bundle of fibers called the alveus, which are the axons of pyramidal cells extending from the hippocampus. As the fibers of the alveus travel posteriorly, they come together to form the fimbria of the fornix. The main bulk of fimbriae continues to travel posteriorly and eventually splits off from the hippocampus forming the crura of the fornix. Then, the right and left crura come together in the midline to form the body of the fornix. The body of the fornix continues to arch anteriorly until it bifurcates again into the anterior columns of the fornix. The right and left columns each connect with different parts of the brain, including the mammillary bodies of the hypothalamus, the anterior nucleus of the thalamus, and structures of the basal forebrain.

What is the hippocampal formation?

Anatomically, the hippocampus is part of the bigger hippocampal formation, which also includes the dentate gyrus, the subiculum, and the entorhinal cortex.

The dentate gyrus is an input region that receives information from the entorhinal cortex. It is the first region where information from all sensory modalities converges together to form unique representations and memories, thereby playing a critical role in learning and memory. The hippocampus, along with the dentate gyrus, have the shape of a curved “U”, which has been traditionally compared to that of a sea monster or a ram's horn (i.e., cornu ammonis, or CA). Nowadays, the term cornu ammonis is still used to describe the hippocampus fields, which are usually subdivided into four regions (CA1-CA4). The CA4 field contains the pyramidal cells that are adjacent to the dentate gyrus, whereas the CA1 field is continuous with the subiculum. The subiculum represents a transitional area between the hippocampus proper and the entorhinal cortex covered by the parahippocampal gyrus.

What does the hippocampus do?

The hippocampus plays an important role in the process of learning and memory formation. More specifically, it is crucial for converting short-term memory into long-term memory, shifting those memories into other parts of the brain for long-term potentiation and storage, and assisting in the retrieval of those memories when needed. It is also involved in spatial navigation, which is the ability to identify the position of our body relative to the objects around us.

The major input to the hippocampus is through the entorhinal cortex, which receives information from other parts of the brain, including many cortical and subcortical structures, as well as the nuclei in the brainstem. One of these connections is with the olfactory cortex, which explains why smells can quickly elicit memories. The hippocampus also has connections with the amygdala, a part of the brain that is involved in emotional responses, in order to help us remember emotionally significant events. All of these structures assist in episodic or declarative memory, which is the ability to recall specific situations, or episodes, from our lives, such as the time and place of our first kiss and the emotional reaction associated with it. There are other types of memory, like working memory and motor memory, that are stored across different, interconnected brain regions, including the prefrontal cortex, amygdala, basal ganglia, and cerebellum.

Damage to the hippocampus has been associated with several neurological disorders, including Alzheimer disease, amnesia, epilepsy, and schizophrenia, among others. Age-related conditions, such as Alzheimer disease and other forms of dementia, have a severe impact on many brain functions, including memory. Aging is also associated with a gradual decline in certain types of memory, specifically declarative memory and working memory, also known as short-term memory. This decline is thought to be a result of a decrease in hippocampal activity as well as shrinkage of the hippocampus as an individual ages.

Although less frequent, bilateral damage to the hippocampus can affect the ability to form new memories, also known as anterograde amnesia. This can happen as a result of trauma to the brain or due to surgical resection (e.g., in the treatment of temporal lobe epilepsy). In such cases, the memories that have been formed prior to the damage remain intact, but individuals are unable to create new memories from that time onward. Interestingly enough, since motor memory is stored across different brain regions than the hippocampus, motor skills, such as riding a bike or cooking an omelet, are not affected. Individuals may even learn new motor skills, even if they have absolutely no memory of ever performing the task before.

What are the most important facts to know about the hippocampus?

The hippocampus is a small but complex brain structure that plays an important role in learning and memory formation. Anatomically, it is part of the bigger hippocampal formation, which also includes the dentate gyrus, the subiculum, and the entorhinal cortex. The hippocampus is involved in long-term memory formation and memory retrieval. It also plays a role in spatial memory, allowing individuals to keep track of where objects are and the position of their body relative to the objects around them. Damage to the hippocampus can result in several neurological disorders, including Alzheimer disease, amnesia, epilepsy, or schizophrenia.

Quiz yourself on Hippocampus

Anatomy of the cerebral cortex 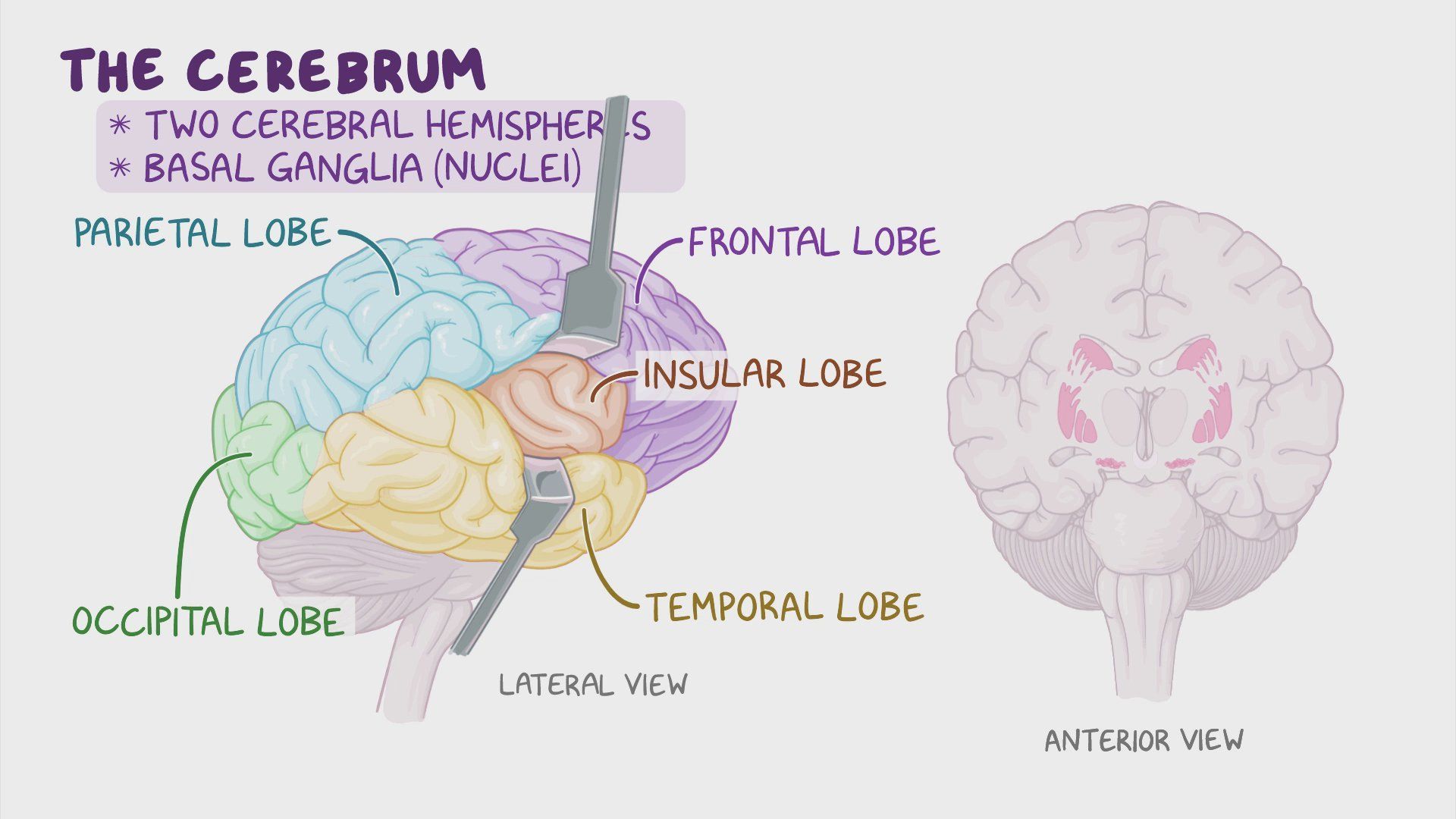 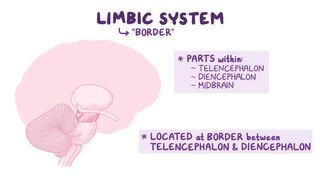 Anatomy of the limbic system

Anatomy of the limbic system