Assessments
Anatomy of the cerebral cortex Figure 2: Brodmann areas of the cerebral cortex, A. Lateral view and B. Medial view. 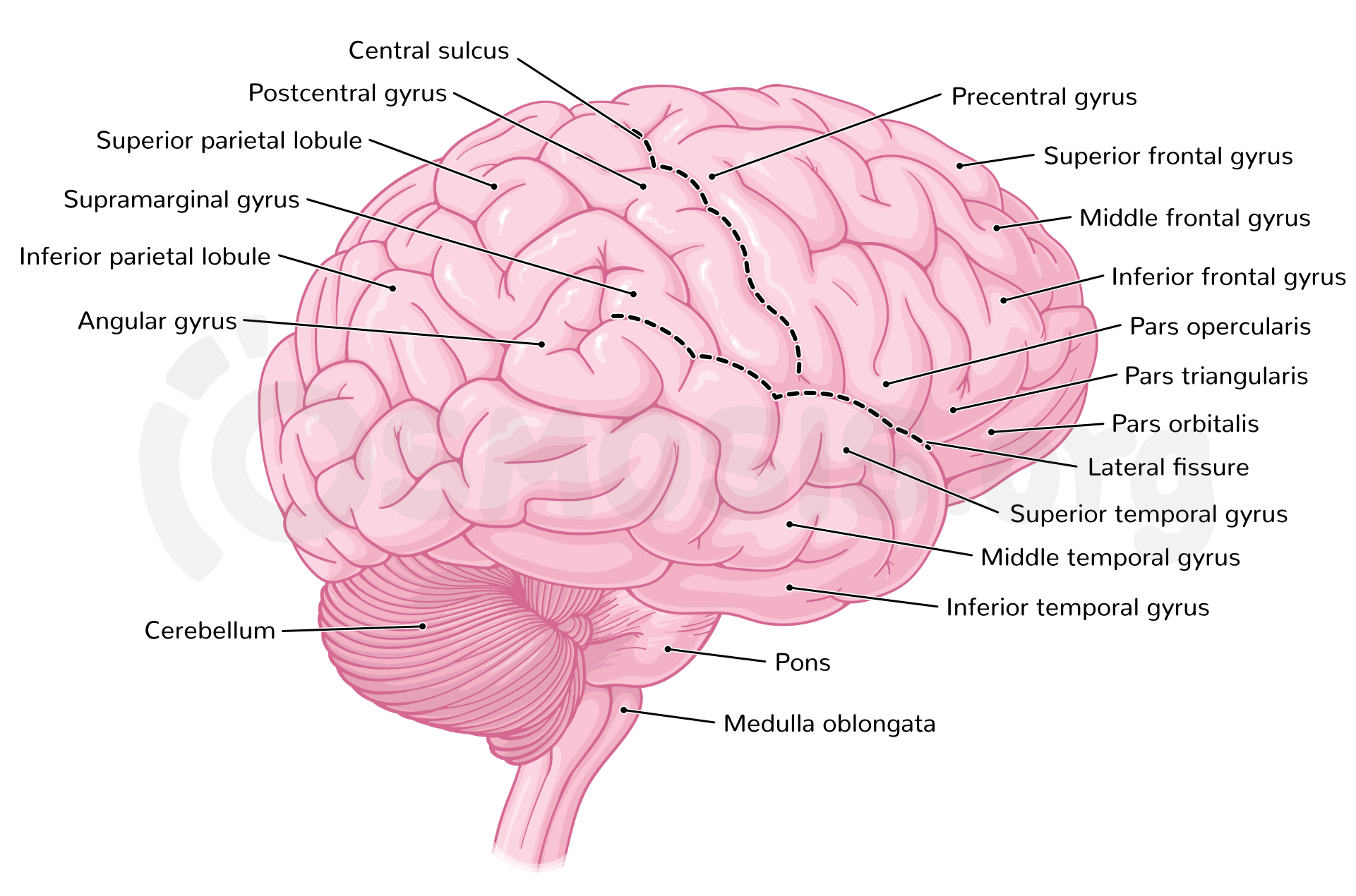 Figure 3: Gyri and sulci of the lateral surface of the cerebrum. Figure 4:  Gyri and sulci of the medial surface of the cerebrum. 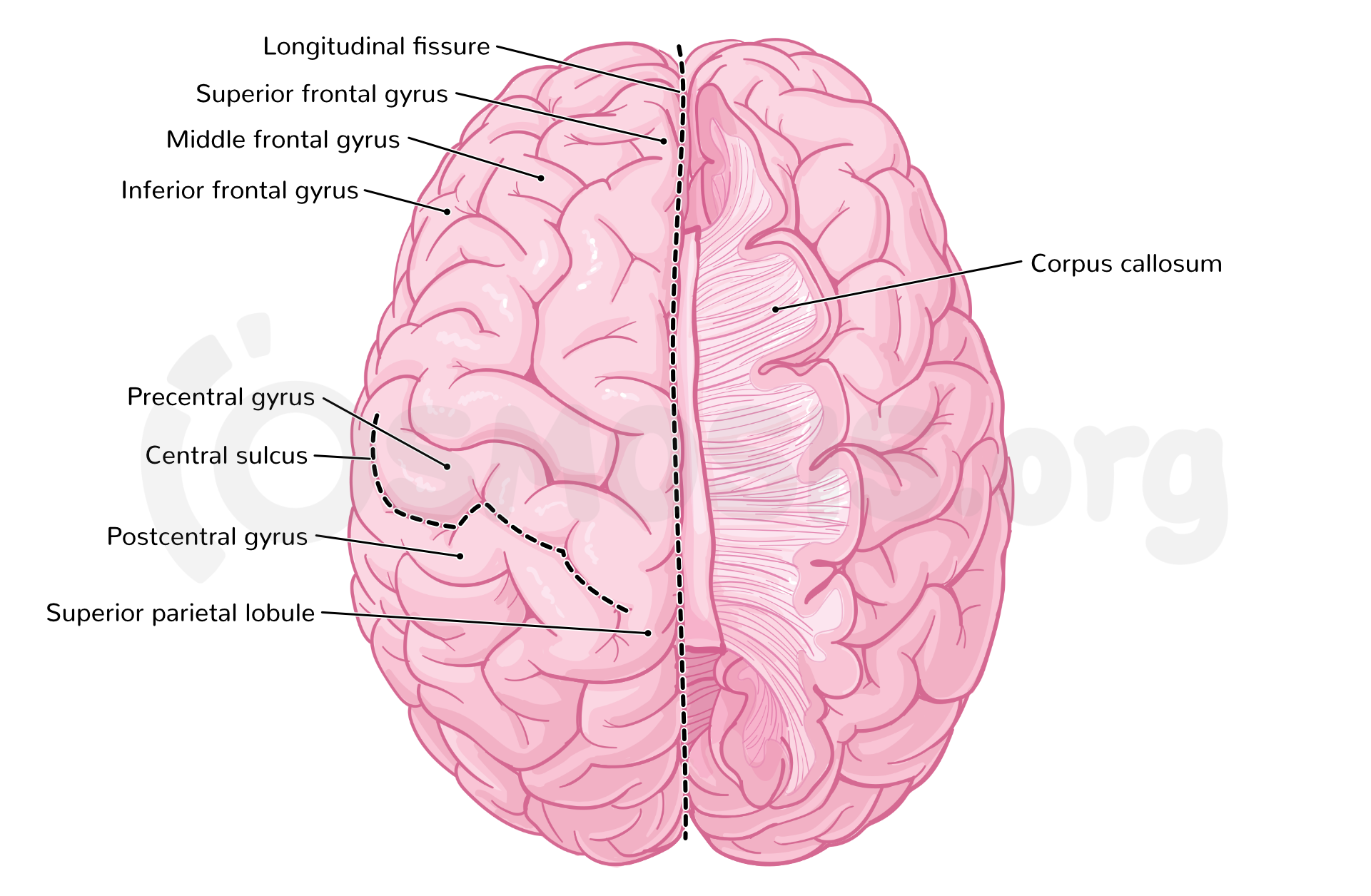 Figure 5:  Anatomy of the cerebrum, superior view, with the corpus callosum dissected out. 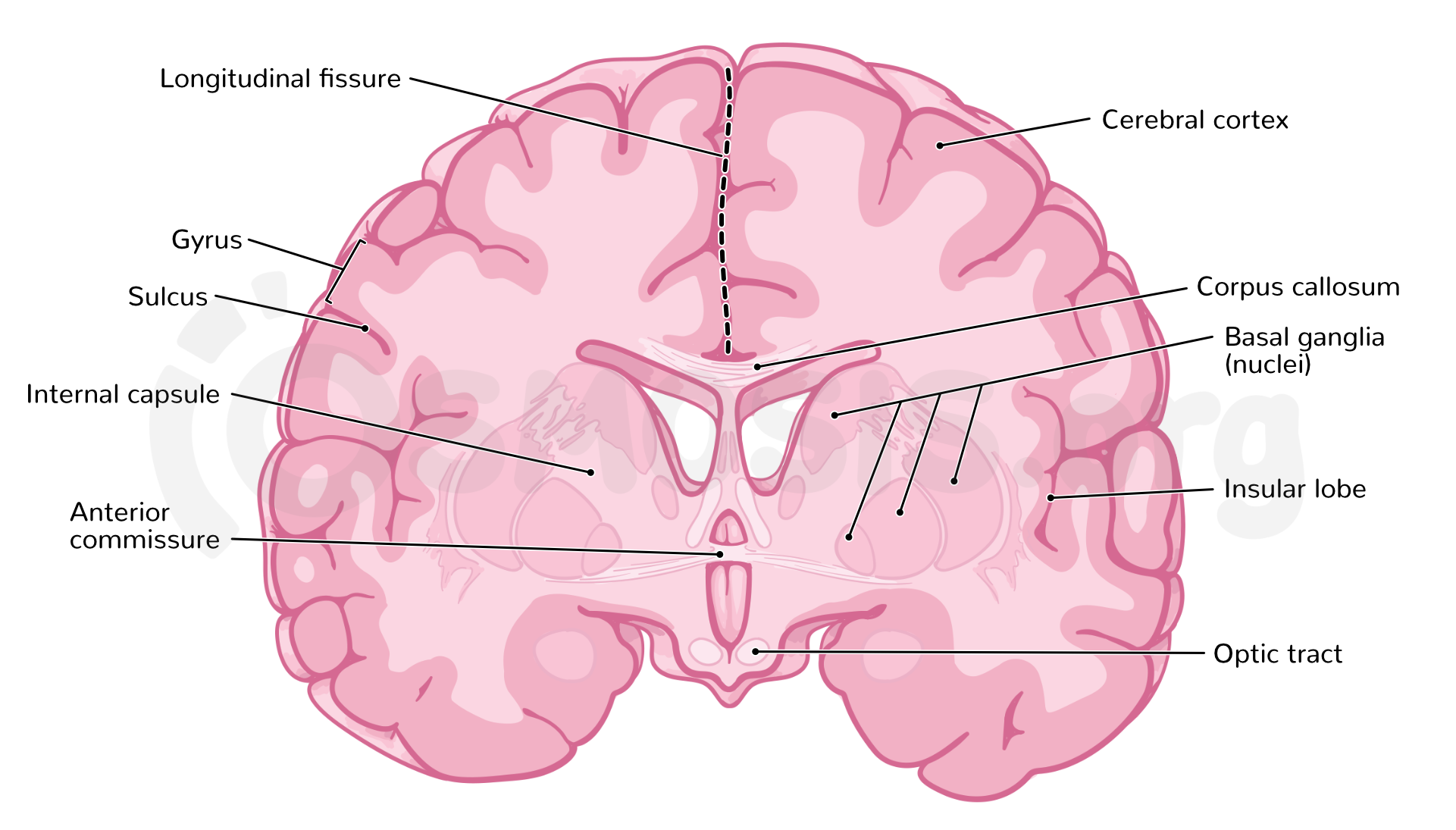 Figure 6: Coronal section of the cerebrum at the level of the anterior commissure.

A 73-year-old woman develops weakness in the right hand following a stroke. Grip strength is 3/5 in the right hand and 5/5 in the left hand. The lower extremities are unremarkable. A coronal cross-section of the brain is shown below:

Which of the following regions of the motor homunculus is most likely affected in this patient?

Now, we know what you are thinking. Don’t worry, here at Osmosis we are not telepathic, but by watching this video on the cerebral cortex, we know you have the brain on your mind, so let’s get to it!

The human central nervous system basically consists of the spinal cord and the brain, which includes the cerebrum, diencephalon, cerebellum, and brainstem.

Taking a closer look at the cerebrum, it consists of two nearly symmetrical halves, called the cerebral hemispheres, and the basal ganglia, also referred to as basal nuclei. Furthermore, each cerebral hemisphere is divided into four main lobes, the frontal, parietal, temporal, and occipital, as well as what has become to be known as the fifth lobe, the insula, or insular cortex.

A cell body and its dendrites, along with its axon and synaptic terminal, collectively make-up a structure called a neuron. Neurons thus allow for information processing and communication with other neurons within the nervous system. The gray matter gets its name from its dark appearance during gross inspection.

Deep to the gray matter is the subcortical white matter, which is made up of myelinated axons connected to the nuclei of the gray matter. White matter gets its name because the myelination of the axons gives this area a white appearance on gross inspection.

The largest white matter tract is the corpus callosum, which sends signals between the two cerebral hemispheres essentially connecting them together.

Running in between these basal ganglia are more white matter afferent and efferent axon tracts, the most notable being the internal capsule. The internal capsule is a collection of densely packed white matter, or axons, which divides the corpus striatum and acts like a highway for information flow between the cerebral cortex and the brainstem and spinal cord.

Now taking a step back and looking at the external surface of the brain, we can see that the cerebral cortex is not flat, but covered with many folds called gyri, which are separated by shallow grooves called sulci, or by deeper grooves or clefts called fissures.

One function of these gyri and sulci is to allow the nearly two and a half square feet of the cerebral cortex to fold in on itself, allowing it to fit within the small space of the neurocranium, just like the folds of an accordion when it is closed!

A second advantage of this cortical folding is that it effectively increases the surface area, allowing more nuclei to be packed into the cortex. This greater number of nuclei allows for more signaling and therefore more advanced processing and higher cortical function.

The deep fissures also help to separate the brain into lobes. Even though the brain looks like it has a random configuration of ridges and clefts, the gyri, sulci, and fissures actually create a relatively constant pattern from person to person. This pattern can be used to identify certain external landmarks of the brain, which have very specific functions.

This means that the neurons within a particular Brodmann’s area are all arranged in the same manner and partake in a similar function. Approximately 180 Brodmann’s areas have been identified in the human brain through MRI and other mechanisms! We will mention Brodmann's areas for some of the primary areas of cortex shortly.

So, let’s take a closer look at the different sulci and deep fissures that separate the brain into the five lobes; the frontal lobe, parietal lobe, temporal lobe, occipital lobe, and insula. When seen from above, the cerebrum has a deep midline sagittal fissure called the longitudinal fissure, which divides the brain into left and right cerebral hemispheres. Deep within this fissure is the already mentioned corpus callosum.

Still looking from above, around the middle of the longitudinal fissure and moving laterally, is the coronal central sulcus, also known as the fissure of Rolando, which separates the frontal lobe rostrally, or anteriorly, from the parietal lobe caudally, or posteriorly. The rostral most point of the frontal lobe is called the frontal pole.

The lateral fissure is found mainly on the lateral and inferior surface of the cerebral hemispheres, and separates the frontal and parietal lobes above from the temporal lobe below.

Furthermore, the area of cortex called the insula, or insular cortex, lies at the bottom of the lateral fissure, hidden from the external surface of the brain, so we need to open up the folds of the lateral fissure or dissect them in order to see it. The insula has the central sulcus of the insula running through it, forming both short gyri rostral to the sulcus, and long gyri caudal to the sulcus.

Looking at the brain from a posterior view, around the posterior middle portion of the cerebral hemisphere, there is a fissure called the parieto-occipital fissure, which travels inferiorly and anteriorly.

By understanding the different anatomical landmarks of the lobes, we can start to identify the different functionally specialized regions of the cerebral cortex. For example, the regions of our cortex that are responsible for controlling motor or sensory functions that assist with our everyday lives.

When considering the functional areas of the frontal lobe, it contains the primary motor cortex, Brodmann’s area 4, that occupies the area of the precentral gyrus and extends over to the medial aspect of the hemisphere as the anterior paracentral lobule. The primary motor cortex houses neurons responsible for carrying out voluntary movements of different parts of our body, mainly to the contralateral, or opposite, side.

Rostral to the premotor cortex and extending into the middle frontal gyrus is the frontal eye field, Brodmann’s area 8, which controls voluntary eye movement, and allows us to move our eyes together in the same direction at the same time, known as conjugate gaze.

The next area we are going to look at is Broca’s area and Brodmann’s area 44/45, which is formed by two regions of the inferior frontal gyrus, namely the pars opercularis and the pars triangularis.

Broca’s area is usually located in the dominant hemisphere, which in most individuals is the left hemisphere. This area has connections to the nearby motor cortex, specifically to the areas that control the muscles of the larynx, mouth, soft palate, and the tongue, as well as respiratory muscles, to assist in the formation, or production, of words and speech.

And lastly, we have the prefrontal cortex, which is located anterior to the premotor cortex and overlies the anterior portions of the superior, middle, and inferior frontal gyri.

The prefrontal cortex has rich connections to other parts of the brain, and is responsible for mainly what has been coined as executive functions, which include reasoning, planning, social behavior, judgement, and much more.

This unique and elegant arrangement of body parts in the cortex is called somatotopy. This can be visually represented by drawing the body part above the cortical area that controls it, so it looks like this, where each body part is noted on top of its corresponding cortical area.

Now, the proportion of the primary motor cortex, or the number of neurons dedicated to a particular movement depends upon how much that muscle, or group of muscles, is actually used! So, the more a muscle is used, the more nuclei will be dedicated to it within the cortex.

The number of nuclei is independent upon the size or mass of the muscle performing that movement, but it is based on how important that muscle is to your everyday life and functioning!

So, when we quantify the proportions of neurons in the primary motor cortex utilized by the muscles in each individual body part, we get a strange looking humanoid figure that is called the motor homunculus, which in latin means ‘little human’.