What are Schiller Duval bodies?

Schiller Duval bodies were first described by Walter Schiller, an American pathologist, and Mathias-Marie Duval, a French professor of anatomy and histology. 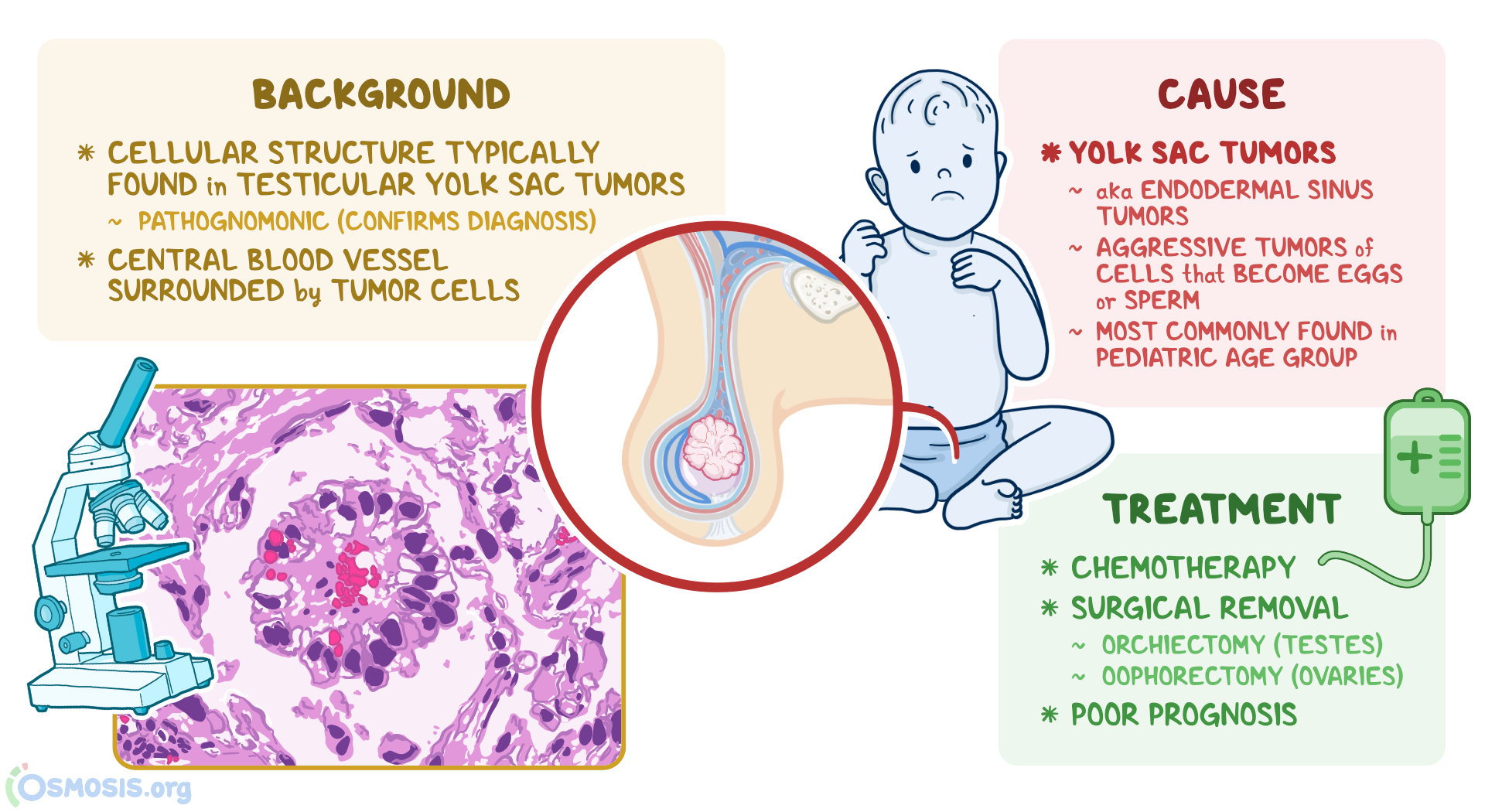 Yolk sac tumors are the most common cause of Schiller Duval bodies. Also known as endodermal sinus tumors, yolk sac tumors are malignant germ cell tumors, meaning that these tumors are aggressive, or will spread, and form in the cells that typically become the reproductive cells (i.e., eggs, sperm). Germ cell tumors are usually found in the gonads (i.e., testicles, ovaries) of children. However, they may sometimes present in other locations of the body, such as the brain or the mediastinum, which is the compartment between the lungs.

Yolk sac tumors have similar cellular structures to the yolk sac, which is the first source of nourishment for the developing fetus. They present with various common derivatives of the germ layers: the endoderm, mesoderm, and ectoderm. For example, in both the yolk sac and yolk sac tumors, part of the primitive gut (coming from the endoderm) or mesenchyme (coming from the mesoderm) can be identified.

How is the underlying cause of Schiller Duval bodies treated?

The optimal treatment for yolk sac tumors is chemotherapy followed by surgical removal of the mass.

In most cases, especially those in which the cancerous cells have spread from their area of origin into other locations in the body, called metastasis, or where germ cell tumors are recurrent, chemotherapy is recommended before surgical excision of the mass. Chemotherapy is used to inhibit the growth of the rapidly dividing cancerous cells and consequently minimize the tumor’s size.

What are the most important facts to know about Schiller Duval bodies?

Schiller Duval bodies refer to histologic structures that are characterized by the presence of a central blood vessel and lined by flattened layers of tumor cells and fibrous tissue. They are most commonly present in yolk sac tumors, either of the testicles or the ovaries, but they may also be found in non-gonadal sites. Treatment typically requires chemotherapy and surgical excision of the tumors.

Quiz yourself on Schiller Duval Bodies 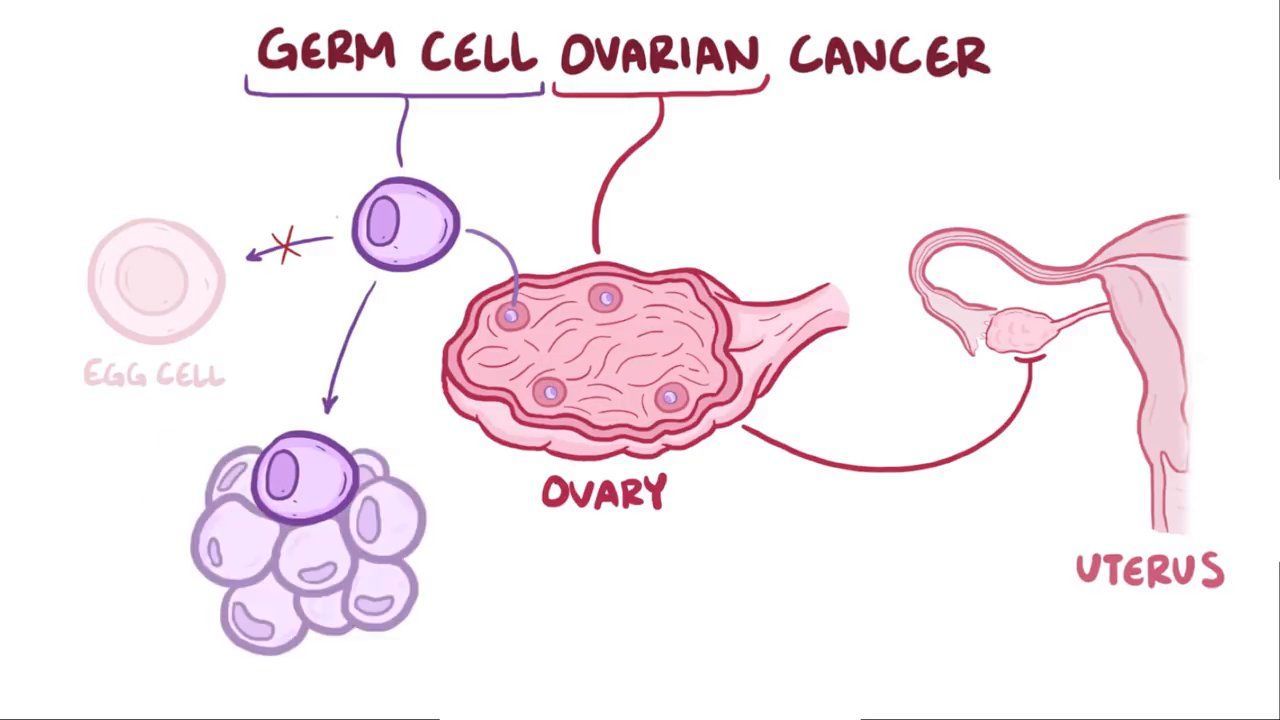 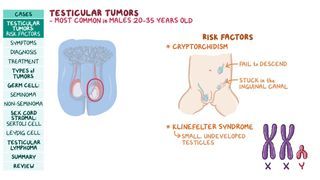 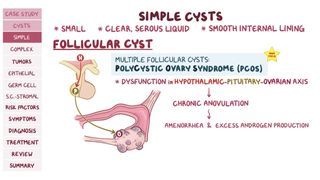 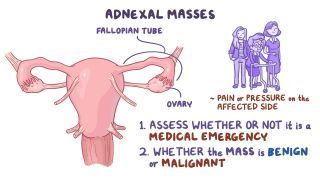 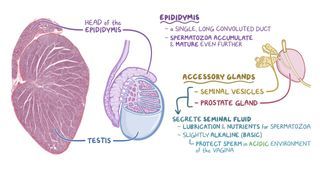