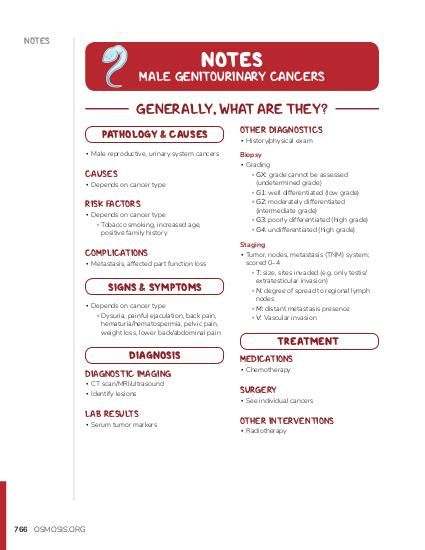 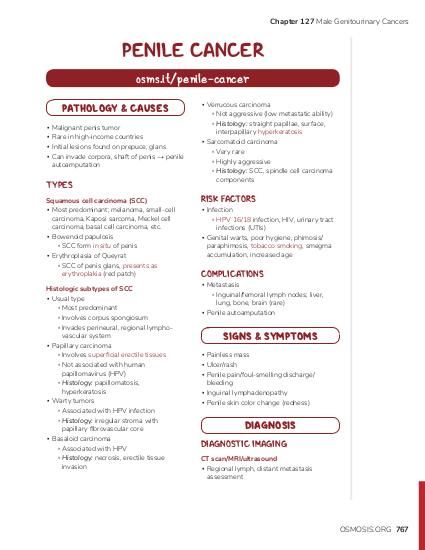 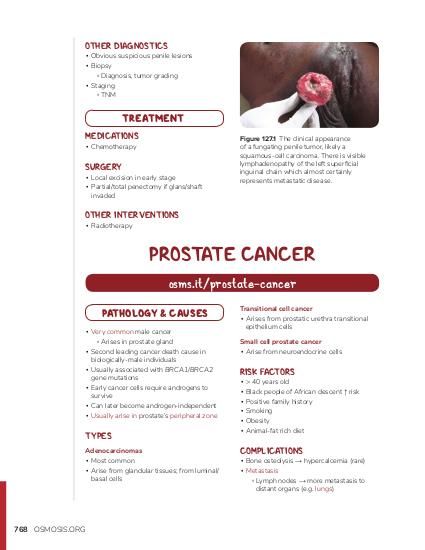 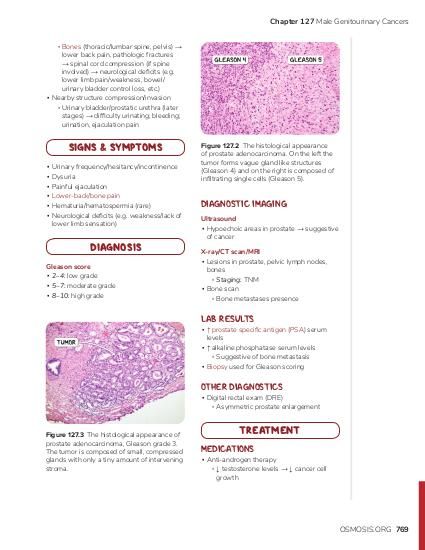 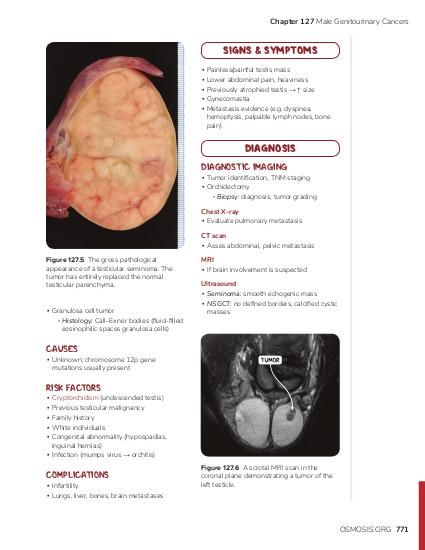 A 5-year-old boy is brought to the office because his parents noticed a lump on his right testicle. He does not complain of any pain or discomfort and has no significant past medical history. Laboratory studies show elevated alpha-fetoprotein and normal hCG. Which of the following features would be most likely to be seen on histologic analysis of the mass?

Testicular cancers are malignant tumors that form in one or both testes. They usually present as a mass that’s often detected in the early stages since they are on an organ that’s easily accessible during physical examination. Thus, they typically have a good prognosis.

The testes are a pair of male reproductive glands the size of small plums, that are located in the scrotum. The testes themselves are covered on the outside by the tunica albuginea, a white, fibrous layer.

If we slice a testis open and look inside, sorry for the cringe moment, we can see septa that partition each testis into lobules. Each lobule contains up to four seminiferous tubules, where sperm is synthesized.

The wall of the tubule is made up of two kinds of cells: at the periphery, there’s the germ cells known as spermatogonia, which are the primordial sperm cells that begin dividing over and over in puberty, and give rise to male gametes.

Next to them are Sertoli cells which are large cells that extend from the margin all the way to the lumen of the tubule. Sertoli cells are supportive cells that provide nutrients to developing sperm cells, and contribute to the blood-testis barrier by only allowing certain molecules, like testosterone, into the seminiferous tubules.

Outside the tubule, there’s connective tissue with capillaries, as well as Leydig cells - another supportive cell which produces testosterone, which is a hormone necessary for the proper development of sperm.

These germ layers are made of germ cells that migrate out and differentiate into all of the different types of tissues.

Some very special germ cells stay as germ cells, meaning that unlike the cells that differentiate, these germ cells retain their ability to turn into other cell types.

They are like ancient little shapeshifters. Normally, during development these germ cells head to the testicles in males or ovaries in females\, where they remain for decades, eventually developing into sperm or eggs, respectively.

If any of these testicular cells start to divide uncontrollably it can either form a benign tumor, meaning that it doesn’t invade nearby tissue or spreads to other parts of the body, or it can be a malignant tumor which means it can penetrate the tunica albuginea and spread to nearby tissue and even to other organs via the bloodstream or lymphatic system.

Now let’s go back to the seminiferous tubule and look into the germ cells. Once they start dividing uncontrollably inside the tubules, they give rise to germ cell tumors.

There are five main types of germ cell tumors. Starting with the most common one, seminomas. These are made of germ cells that multiply without differentiating into other types of cells.

Under the microscope the germ cells are big with central nuclei surrounded by the clear cytoplasm, which kind of looks like a fried egg.

These cells group into lobular forms that are surrounded by fibrous tissue which separates it from the healthy tissue. Fibrous tissue almost always contains lymphocytes, which is helpful in diagnosis.

Seminomas can also secrete placental alkaline phosphatase, or PLAP PALP, which is an enzyme normally secreted by the placenta.

The second type are yolk sac tumors, also called endodermal sinus tumors, which are the most common germ cell tumors in children and can be very aggressive.

They are made of the germ cells that differentiate into yolk sac tissue. Under the microscope they form Schiller-Duval bodies, which are rings of malignant cells around the central blood vessel.

These cells can also secrete alpha-fetoprotein or AFP, which is normally secreted by the yolk sac and fetal liver, and resembles albumin, a transport protein of the blood.

The third type are teratomas, where “terato” means monster and “oma” is a tumor. They are named this way because they could contain all types of tissues including hair, eyes, teeth, bones and neurons.

Kind of like Frankenstein’s monster that’s got bits of this-and-that stitched together. Now there are two types of teratomas.

The first is mature cystic teratoma that looks like a cyst with fully developed tissue inside, like skin, hair, nails etc. It usually appears in children, and is usually benign, but when they appear in adults they tend to be malignant.

The other type is immature teratoma which usually appears in adults, and unlike the mature cystic type, it has undifferentiated tissue that resembles embryonic structures, like undeveloped muscle cells from the mesoderm. It tends to be malignant and metastasizes quickly.

The fourth type is the choriocarcinoma and it’s made out of germ cells that turn into syncytiotrophoblast and cytotrophoblast, 2 types of cells that help form the placenta.

These tumors are small but very malignant so they tend to invade nearby tissues, like blood vessels, causing frequent bleeding.

They can even spread beyond the testicles via blood stream. These tumors grow quickly and often outgrow their blood supply, leading to areas of ischemia and necrosis.

Under the microscope these tumors contain two types of large cells, cytotrophoblasts with central nuclei and pale cytoplasm, and syncytiotrophoblasts that have multiple nuclei and darker cytoplasm.

The syncytiotrophoblast cells can secrete high levels of a hormone called human chorionic gonadotropin, or hCG, which is normally secreted by the placenta. High levels of hCG could sometimes be detected by a positive pregnancy test in biological male individuals.

And the fifth type is the embryonal carcinoma and it’s made of germ cells that turn into embryonic pluripotent stem cells that form clumps called embryoid bodies.