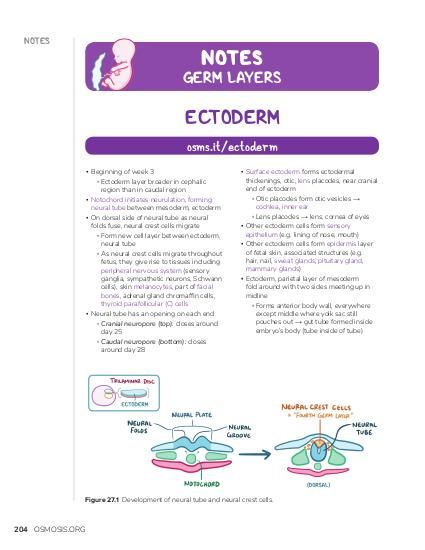 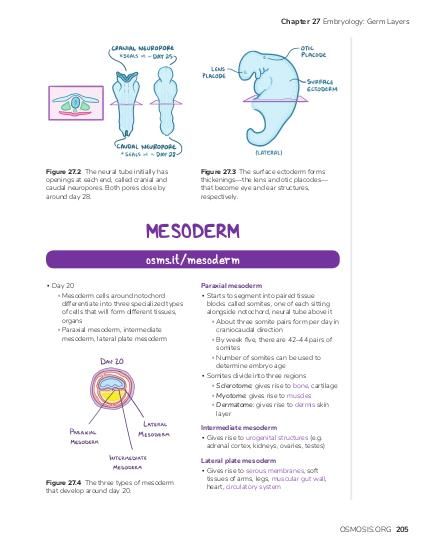 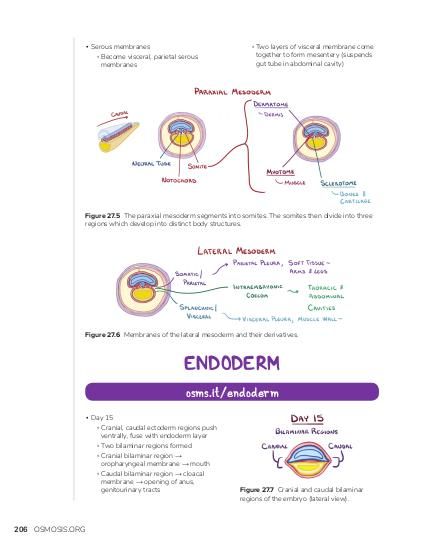 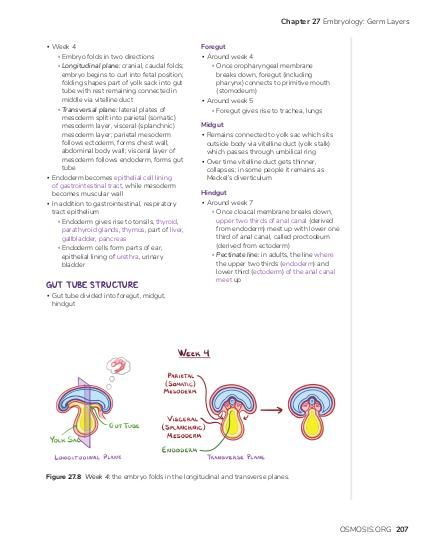 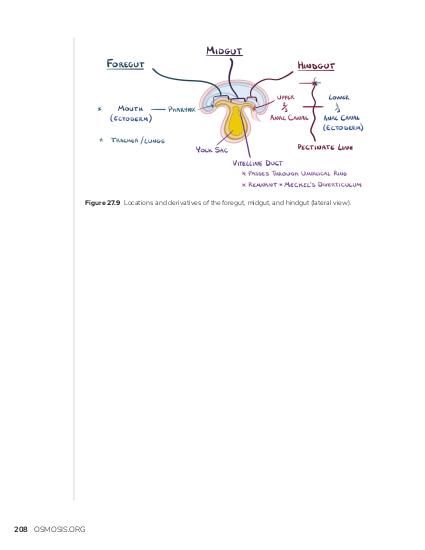 So, imagine the embryo like a birthday cake with the ectoderm as the candles, the mesoderm as the frosting, and the delicious cake as the endoderm. We can put three candles on this cake to help you remember gastrulation happens during week 3.

Around day 17, a group of mesoderm cells form a solid rod of cells - kind of like the shaft of an arrow - and this structure is called the notochord.

The notochord is a transient embryonic structure, meaning that it doesn’t exist as a structure in the adult, in fact, the only remnant adults have of the notochord is that it contributes to the nucleus pulposus - which is the jelly-like center of the intervertebral discs.

Nevertheless, the notochord is extremely important during early development for a couple of reasons.

First, the notochord is a solid structure and it helps influence how the embryo folds early on.

Second, the cells of the notochord secrete a protein called Sonic HedgeHog or Shh for short, which diffuses out through the trilaminar disc.

The closer a cell is to the notochord, the higher the concentration of Shh, so it’s a way for all of the cells to know where they are in three-dimensional space. This helps the surrounding tissues differentiate and develop in the right way.

On day 20, mesoderm cells around the notochord differentiate into three specialized types of mesoderm called the paraxial mesoderm, intermediate mesoderm, and lateral plate mesoderm, each of which goes on to make different tissues and organs.

The paraxial mesoderm is the closest to the notochord and it quickly starts to segment into paired blocks of tissue called somites, one with each somite in the pair sitting right alongside the notocord and the neural tube above it.

About three pairs of somites forms per day, and like rings in a tree trunk, the number of somite pairs can be used to determine the age of the embryo.

They develop from a cranial to caudal direction - in other words, from head to tail.

Summary
The three germ layers ectoderm, mesoderm, and endoderm give rise to their own tissues and organs during the embryonic period, which occurs from the third to the eighth week of development. The mesodermal layer contains paraxial, lateral plate, and intermediate mesoderm. Paraxial mesoderm gives rise to mesenchyme of the head that is organized into somites, which give rise to sclerotome, dermatome, and myotome. These somites form all of the supporting tissues of the body. The vascular and urogenital systems as well as the spleen and cortex of the suprarenal glands are all derived from mesoderm. Homeobox genes regulate segmentation and axis formation, playing a role in cranial-to-caudal patterning of the derivatives of all three germ layers.
Feedback