Joints of the Vertebral Column 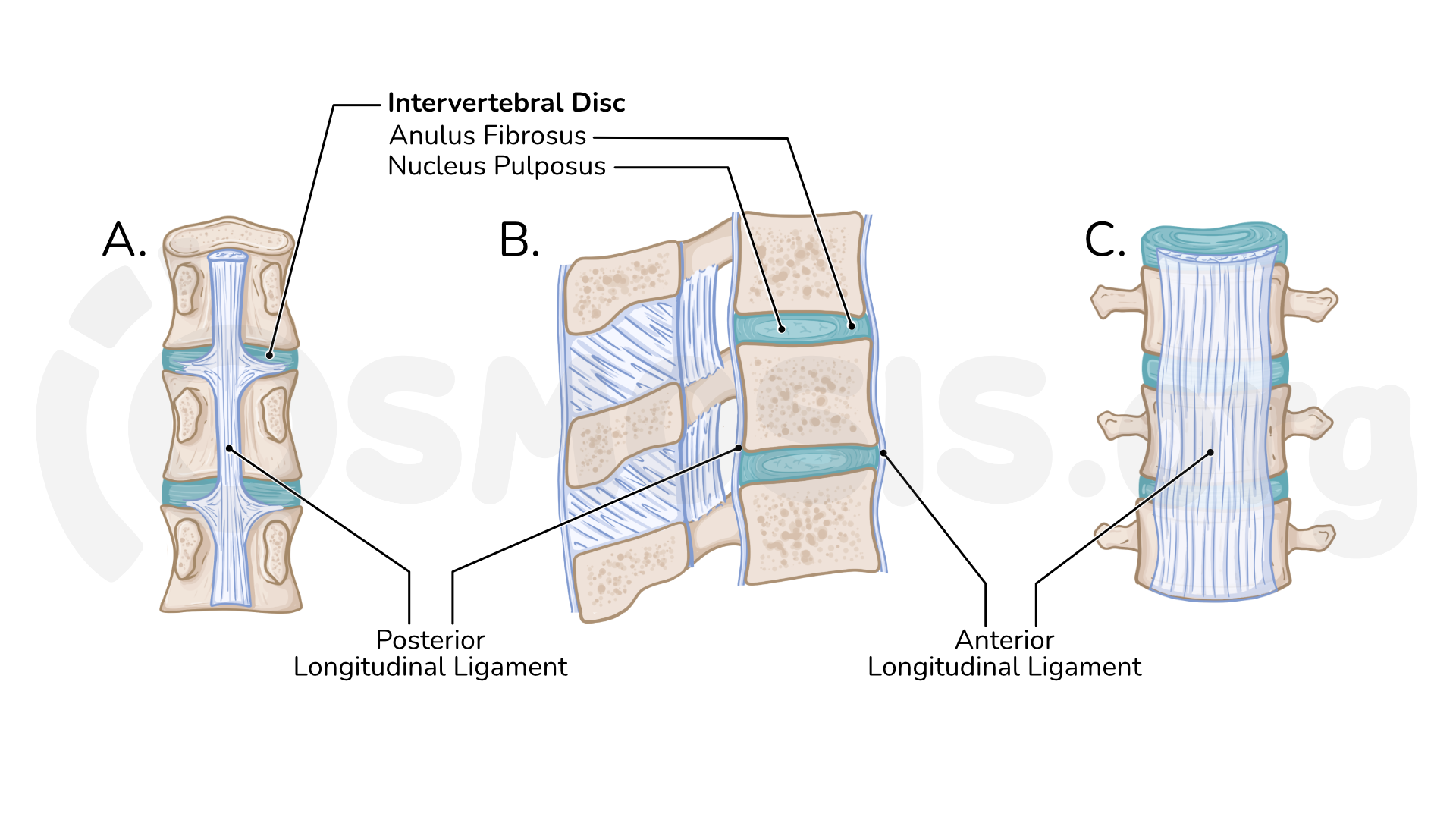 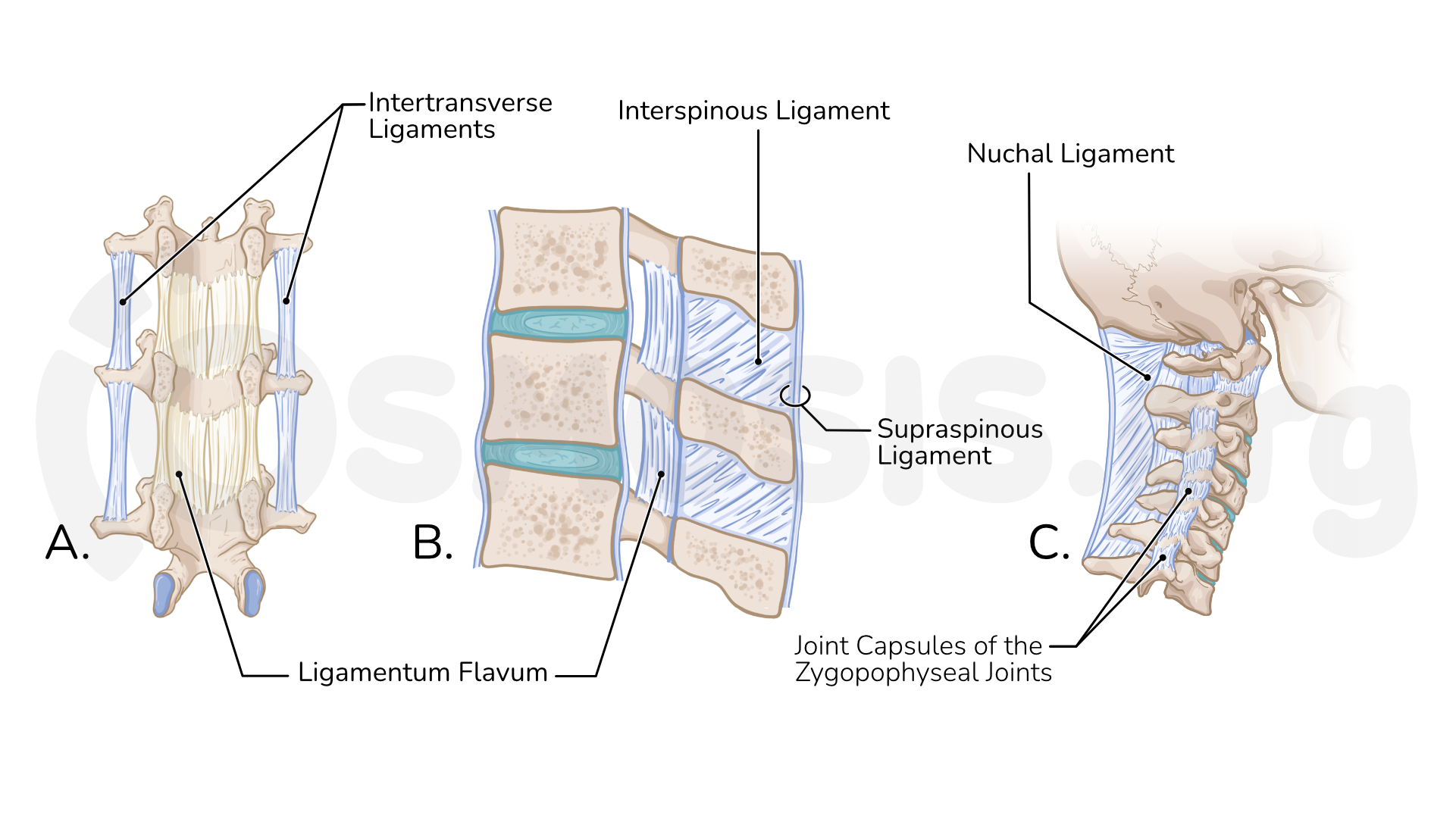 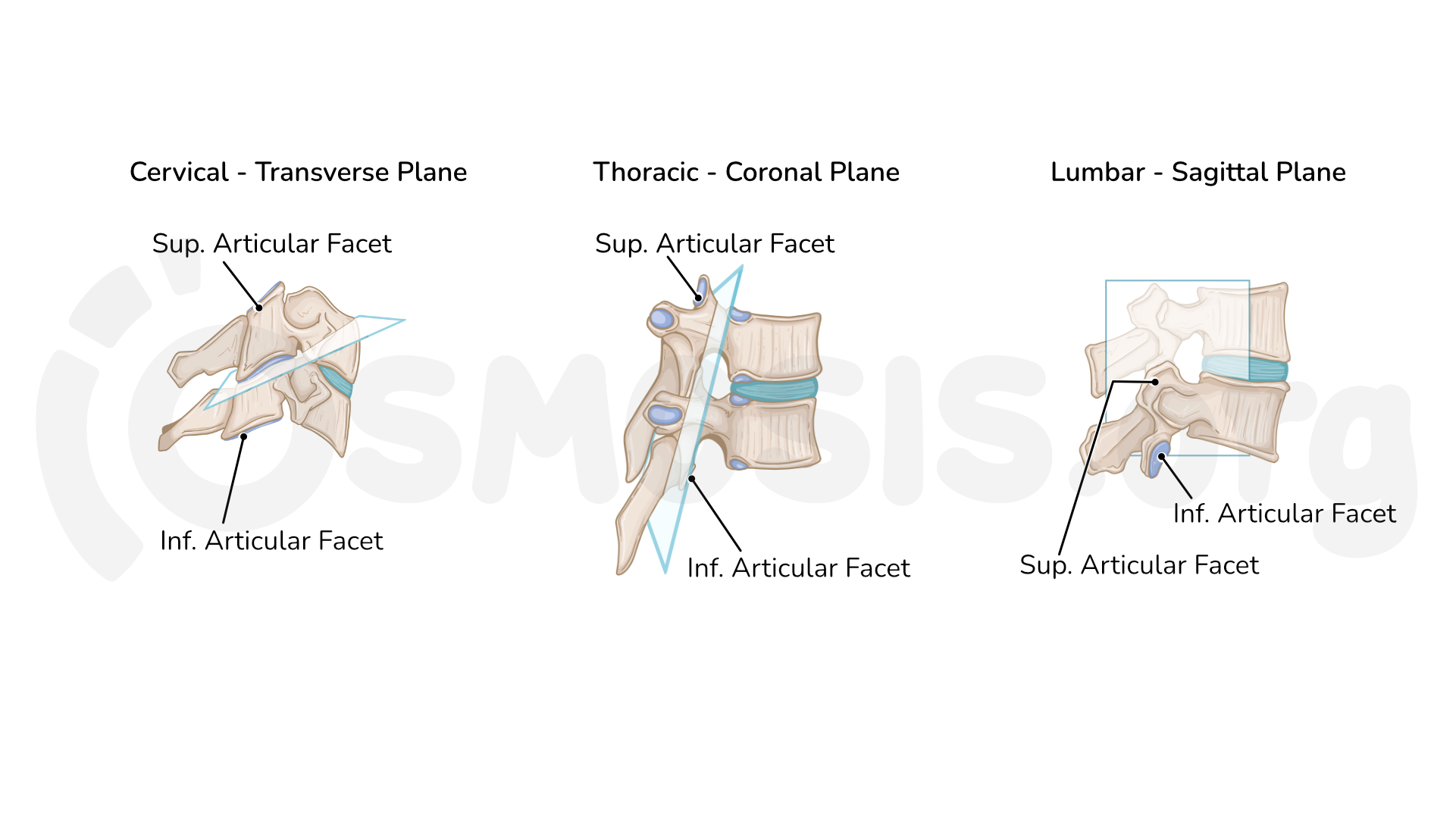 Figure 3. Orientation of the zygapophyseal (facet) joints in the A. Cervical B. Thoracic C. Lumbar regions. 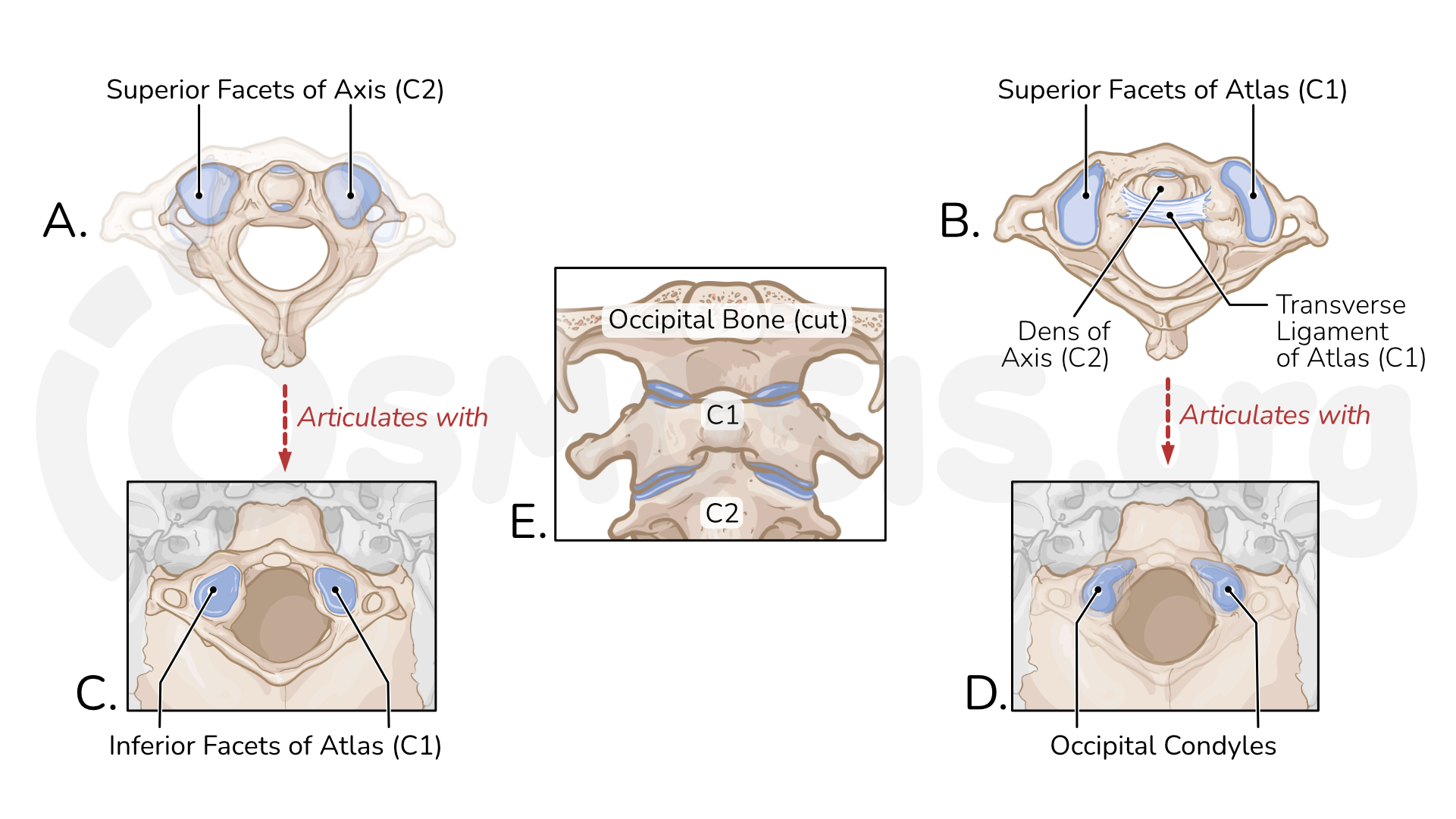 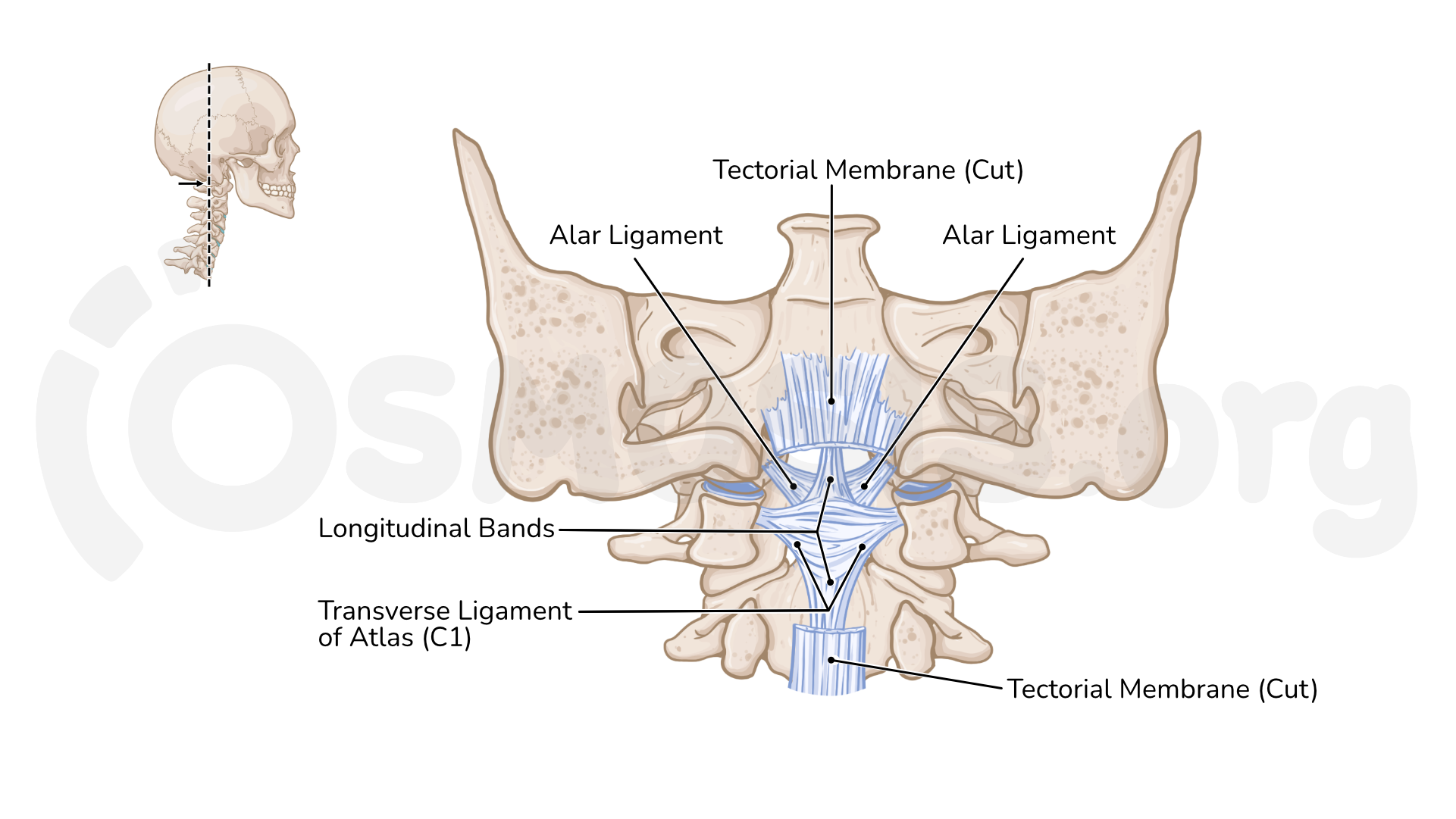 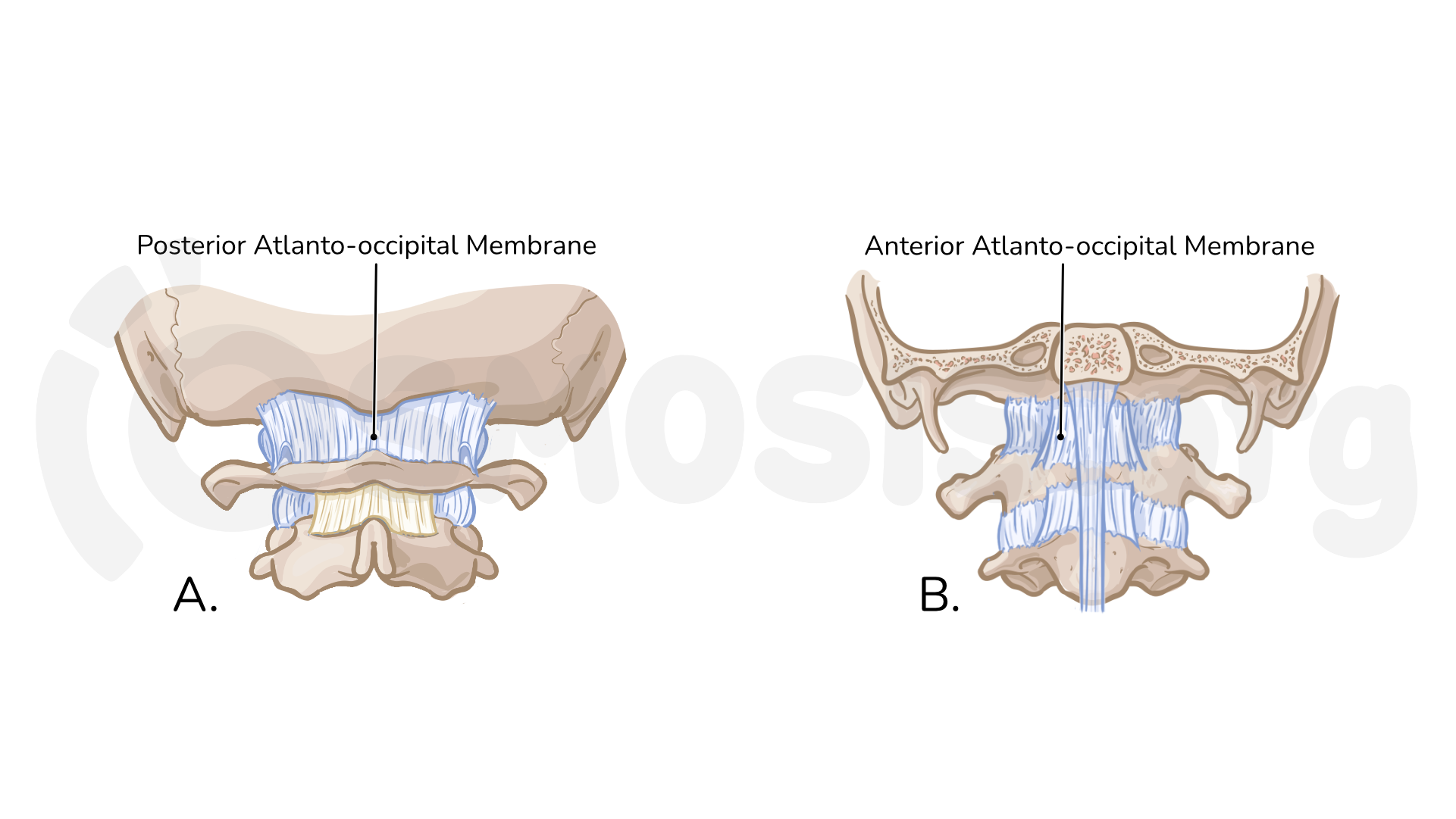 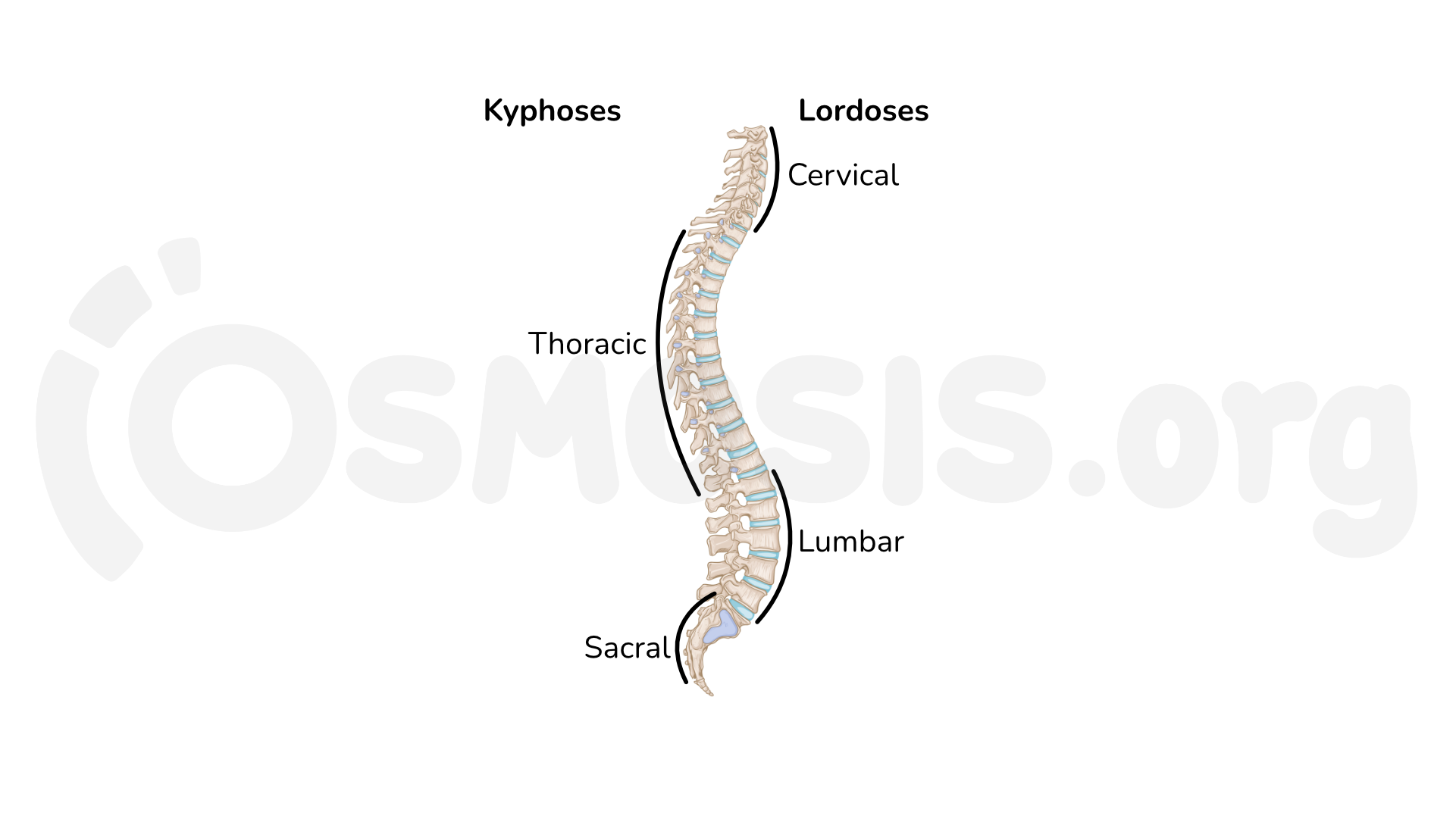 Figure 7. Curvatures of the spine. 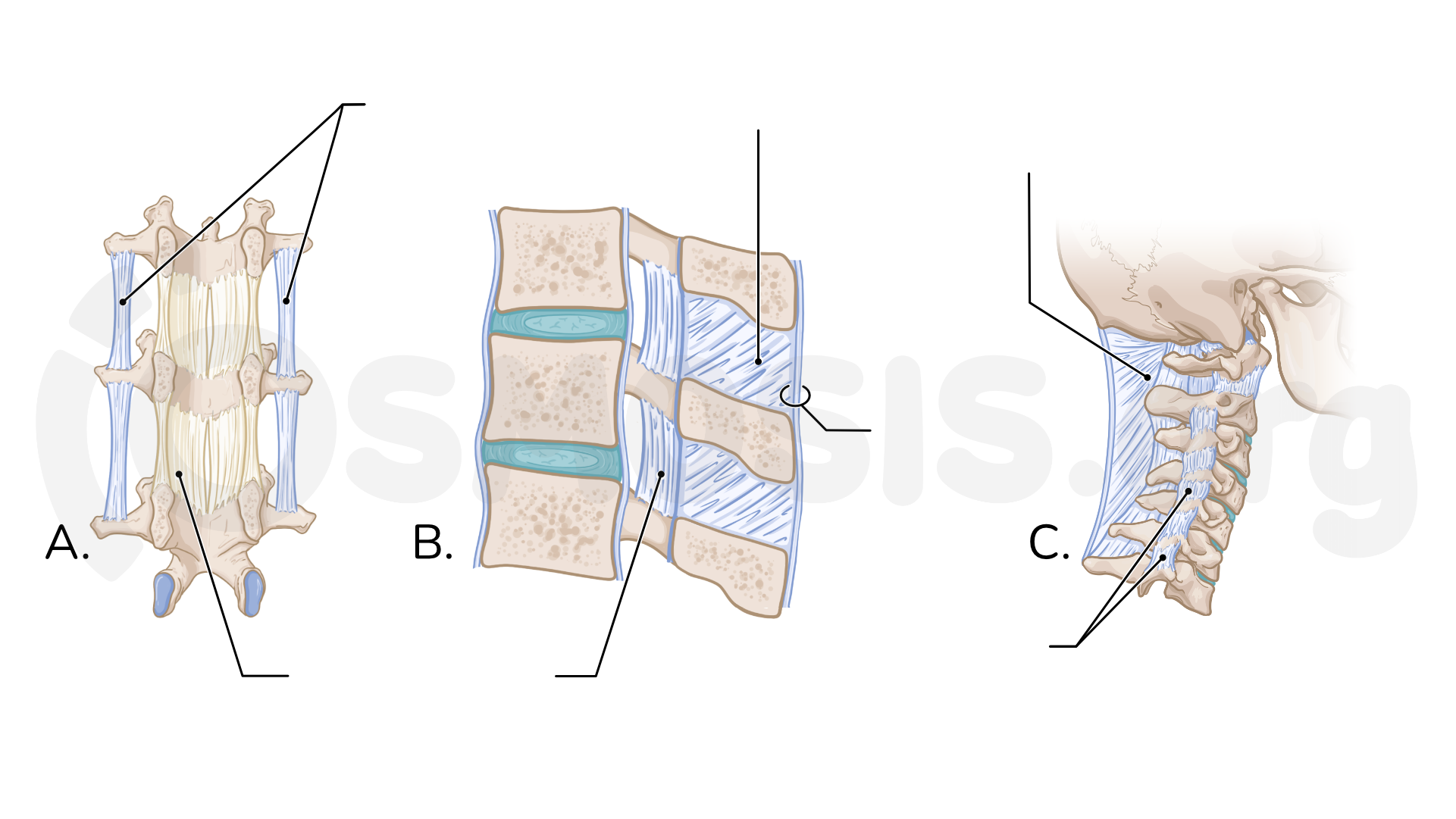 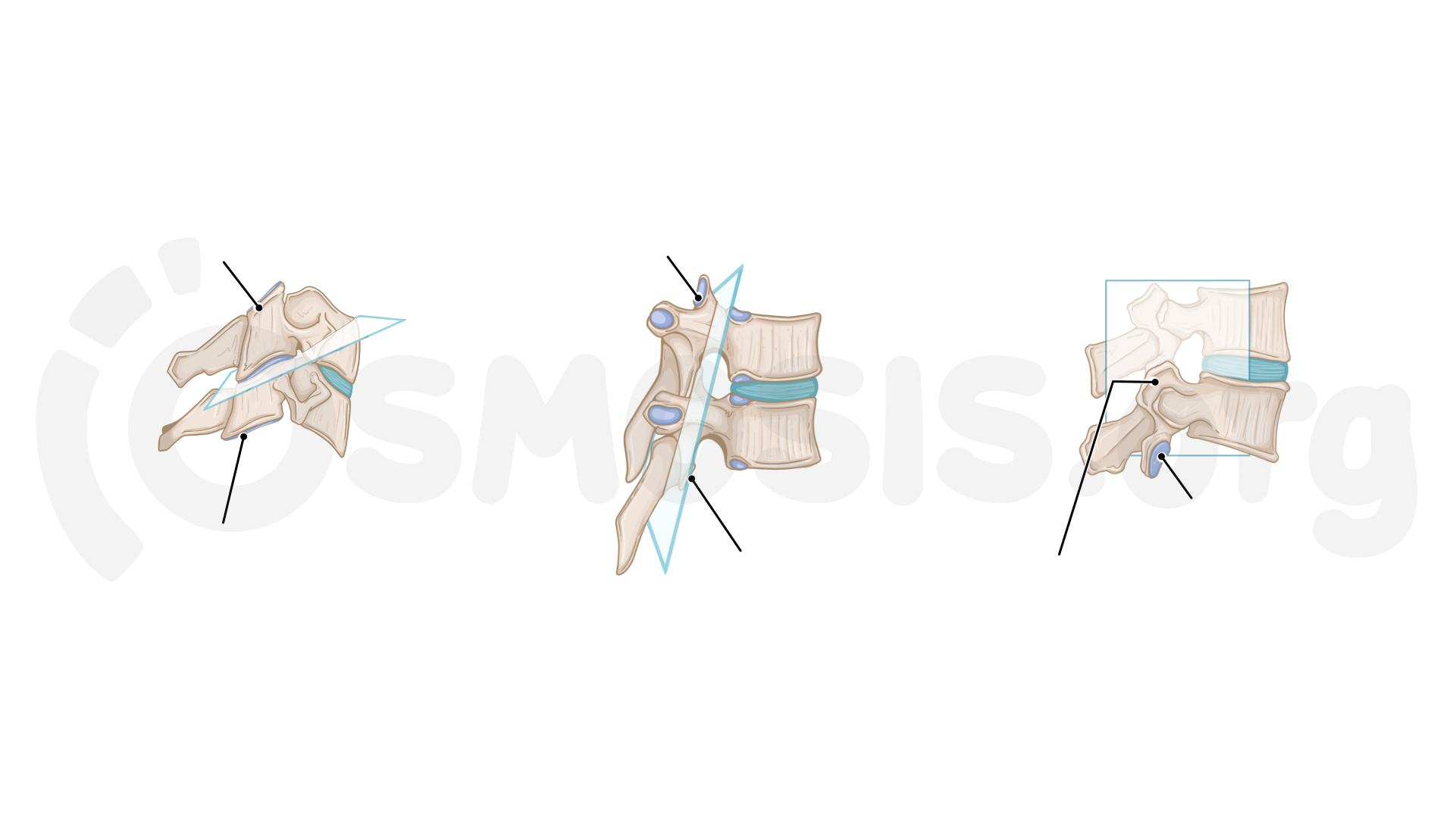 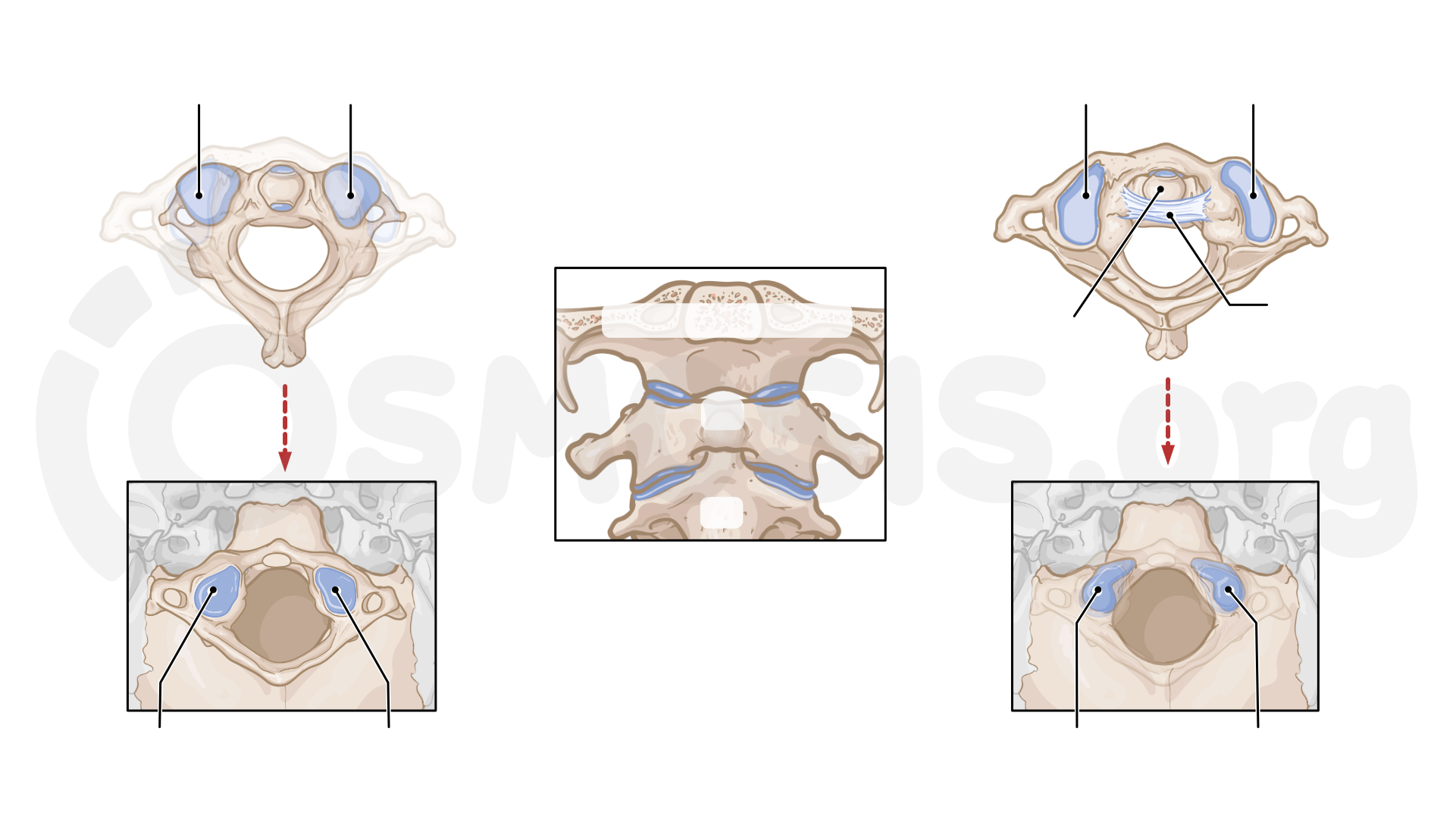 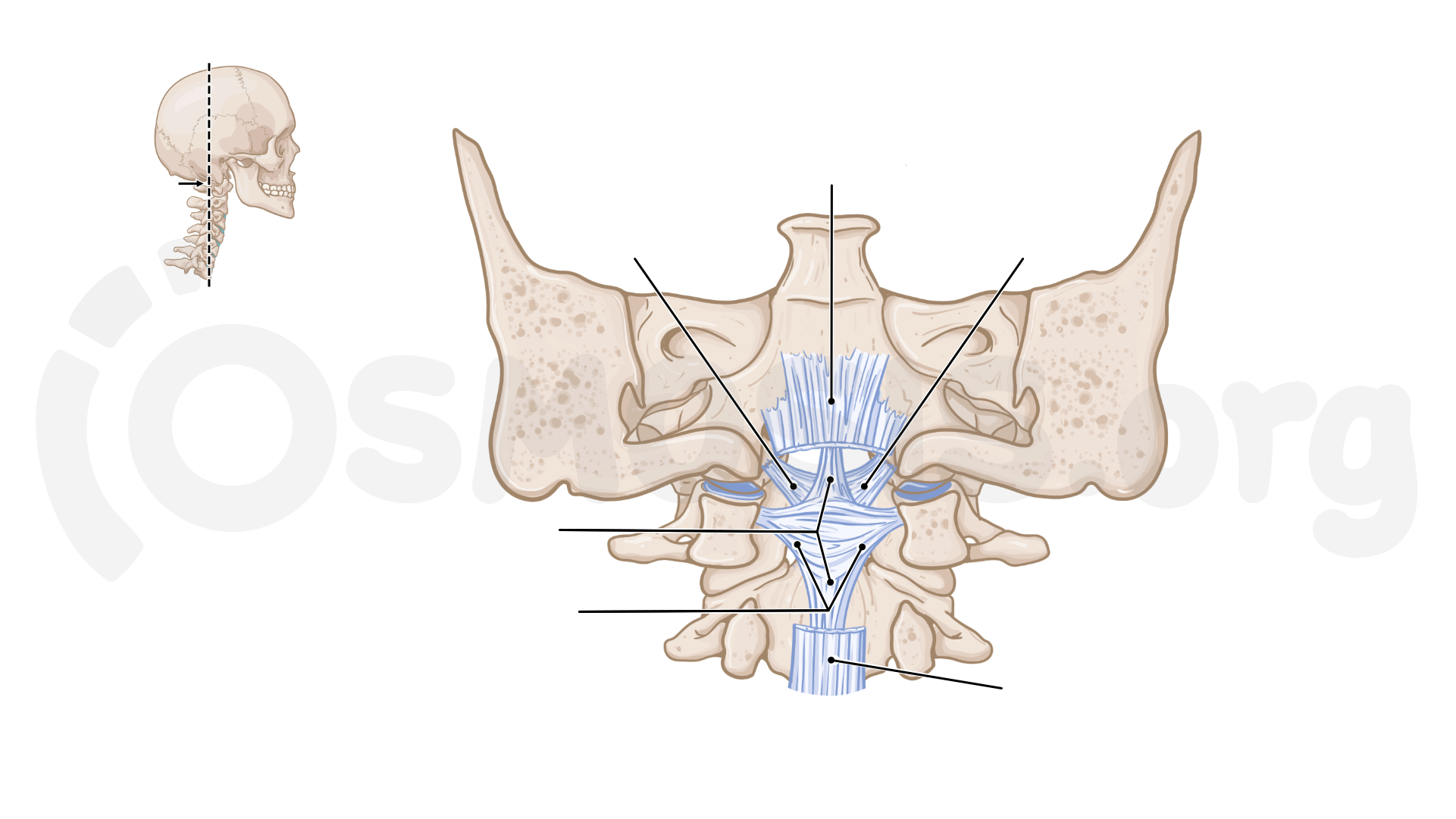 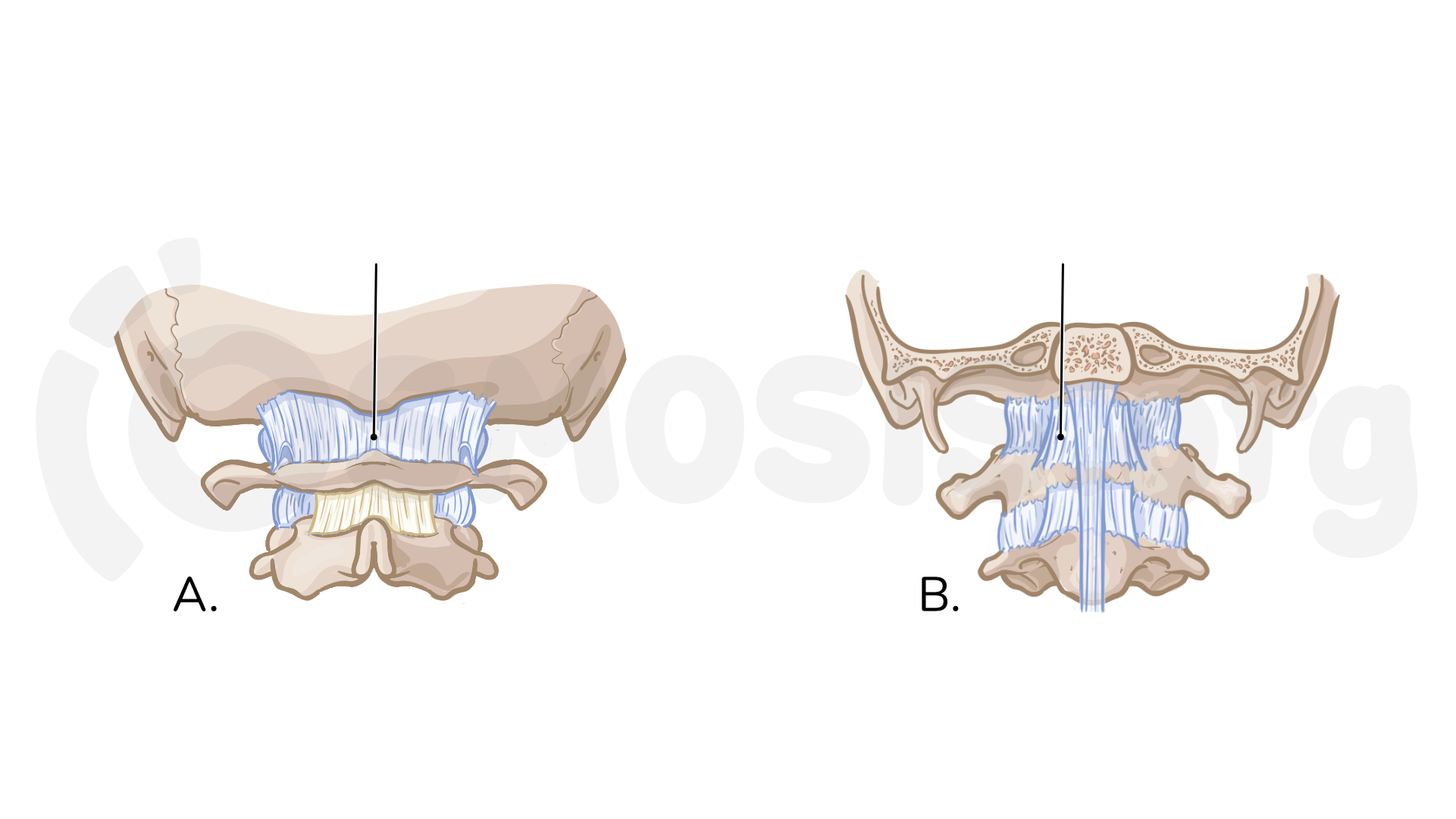 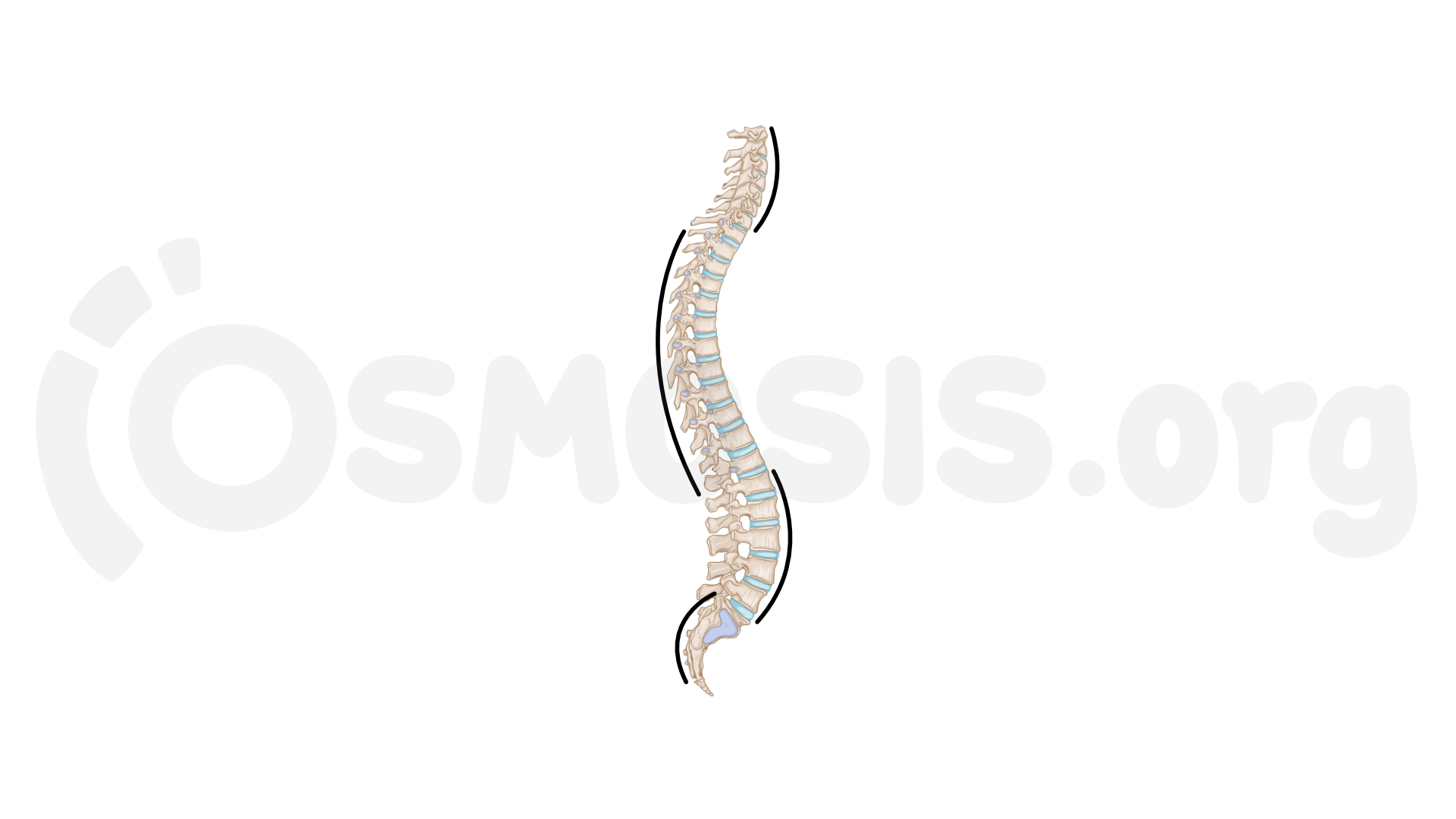 These joints bear the body weight when sitting or standing, and give us the flexibility to do the downward dog in yoga class.

Let’s start with the joints of the vertebral bodies, which are symphyses or secondary cartilaginous joints - that aid in weight-bearing and provide strength to the vertebral column.

The articulating surfaces of adjacent vertebral bodies attach to each other by fibrocartilaginous discs called intervertebral discs or IV discs for short, in addition to numerous ligaments.

The intervertebral discs function as shock absorbers between adjacent vertebrae.

The anulus fibrosus is made up of circular layers of fibrocartilage, which allows the discs to withstand compression.

Now, the nucleus pulposus provides both flexibility and resilience to the intervertebral discs, where the gelatinous core allows the discs to absorb shock when they’re compressed by vertical forces.

The nucleus pulposus is avascular, receiving blood via diffusion from vessels at the periphery of the anulus fibrosus and vertebral body.

Now, intervertebral discs are named based on the two vertebrae they lie between.

For example, the C2-C3 disc is the disc between the C2 and C3 vertebral bodies.

There are 23 intervertebral discs, starting from the C2-C3 disc all the way down to the L5-S1 disc.

In case you’re wondering, the reason why there’s no disc between C1 and C2 is that these two vertebrae form a different type of joint, called the atlanto-axial joint.

Typically, the thickness of the discs increases as you go down the vertebral column.

The anterior longitudinal ligament is a strong, wide, fibrous band that runs down the anterior aspects of the vertebral bodies and intervertebral discs.

The ligament extends from the base of the occipital bone and the C1 vertebra to the sacrum.

Its main role is to prevent hyperextension of the vertebral column.

The posterior longitudinal ligament is significantly more narrow and therefore not quite as strong as its anterior counterpart.

The ligament extends from the C2 vertebra to the sacrum, and it attaches more to the intervertebral discs than to the posterior surfaces of the vertebral bodies.

This ligament helps to prevent hyperflexion, and it also prevents posterior herniation, or slipping, of the nucleus pulposus into the vertebral canal.

Okay, now let’s take a deep breath and have a quick quiz!

Can you identify the parts of the intervertebral disc?

Next, we are going to look at the joints of the vertebral arches, which are zygapophyseal joints, also known as the facet joints.

The facet joints are synovial joints between the superior, And the inferior articular processes of adjacent vertebrae.

They allow gliding movements of the adjacent articular processes.

The type and extent of movement that occurs at the facet joints is determined by the shape and arrangement of the articular processes, which varies within different regions of the vertebral column.

Each of the facet joints is surrounded by a thin joint capsule attached to the margins of the articular facets.

The looser the joint capsule, the greater the mobility of the facet joint.

For example, cervical joint capsules are particularly loose, making them more mobile than other facet joints.

This is where the accessory ligaments come in, namely the ligamenta flava, the interspinous and supraspinous ligaments, and the intertransverse ligaments.

The ligamenta flava, plural for ligamentum flavum, are broad ligaments that extend vertically to connect the laminae of adjacent vertebrae from C2 to S1, and they help form the posterior wall of the vertebral canal.

Next up are the interspinous ligaments!

These are weak, thin ligaments that connect the superior and inferior surfaces of adjacent spinous processes, which help limit flexion of the vertebral column.

On the other hand, the supraspinous ligaments form a strong, fibrous cord that connects the posterior tips of the spinous processes from C7 to the sacrum and also act to limit flexion of the vertebral column.

Above C7, the supraspinous ligament merges with the nuchal ligament, which is a strong, thick, and broad ligament.

The ligament runs along the back of the neck & extends up to the posterior aspect of the skull, limiting flexion of the head.

Last but not least, the intertransverse ligaments extend vertically to connect the transverse processes of adjacent vertebrae, limiting lateral flexion of the spine.

Time for another break!

Let’s pause and see if you can identify these ligaments?

There are two sets of craniovertebral joints: the atlanto-occipital joints and the atlanto-axial joints, both of which are synovial joints that allow for a much wider range of motion than the rest of the joints of the vertebral column.

So let’s break down the atlanto-occipital joints first!

The term atlanto- comes from atlas, which is the C1 vertebra.

So, the atlanto-occipital joints are the articulation of the lateral masses of the atlas, which feature two concave superior articular surfaces, with the occipital condyles, which are the convex protuberances on each side of the foramen magnum.

These joints permit the flexion and extension movements when nodding “yes” or when head banging at a rock concert.

To help us remember the movements that occur at these joints, we can think of them as the “YES” joints.

A small amount of lateral flexion and rotation is also permitted at these joints.

Feel free to take a quick break and practice these moves to stretch your neck!

The anterior atlanto-occipital membrane is broad and continuous with the anterior longitudinal ligament.