What Is It, Causes, Diagnosis, Treatments, and More

What is bulbar palsy?

Other clinical signs associated with bulbar palsy include a nasal speech that lacks in modulation (e.g. controlling or adjusting of one’s speech), difficulty with all consonants, an atrophic (wasting) tongue, drooling, weakness of the jaw and facial muscles, a normal or absent jaw jerk (upward jerk of the jaw upon striking the chin) and an absent gag reflex. 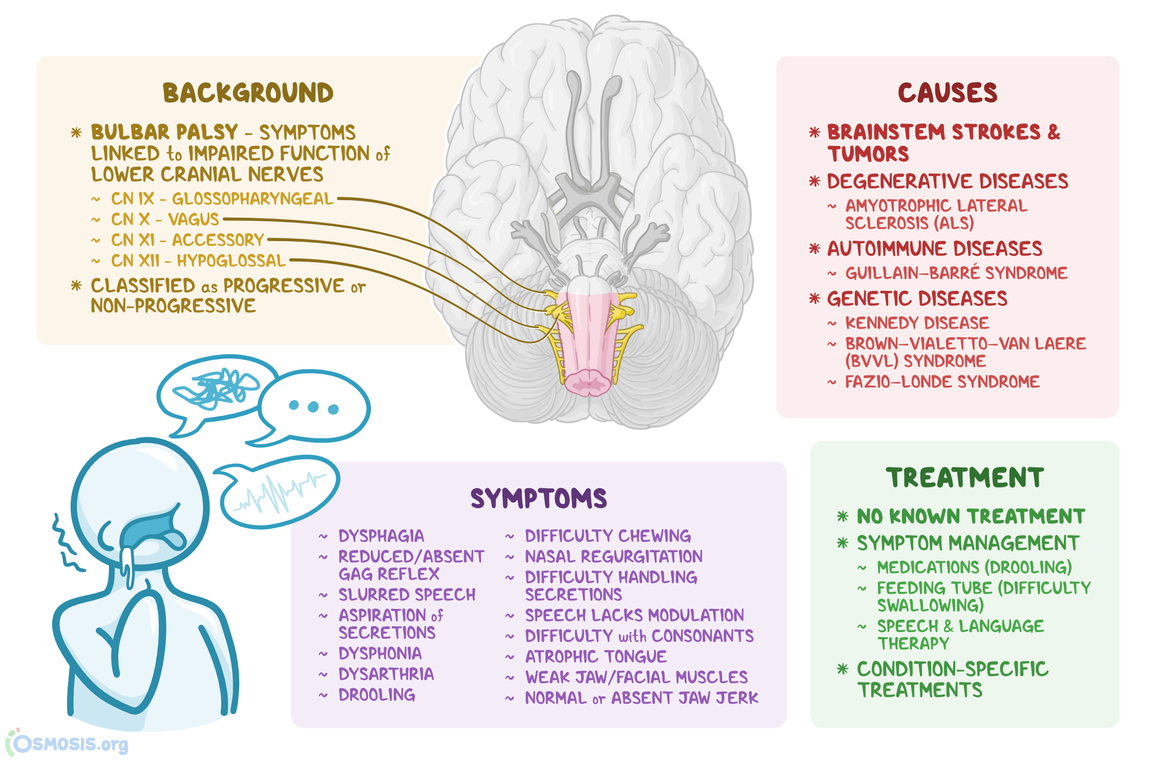 Although it is not always caused by genetic considerations, bulbar palsy has been linked to several hereditary conditions. Recently, childhood forms of progressive bulbar palsy have been genetically caused by Brown–Vialetto–Van Laere (BVVL) and Fazio–Londe syndromes. BVVL is an autosomal recessive disorder, which means that both parents may be carriers for the disease without expressing the condition themselves, and can pass on the expressive form of the disease to their child. Fazio–Londo syndrome presents similarly and is inherited in a similar manner to BVVL.

Additionally, bulbar palsy can be the result of a condition that is considered hereditary. For example, Kennedy disease is an X-linked recessive disorder that can cause bulbar palsy.

How do you diagnose bulbar palsy?

Reviewing an individual's history of symptoms and clinical features can help to diagnose bulbar palsy. However, additional tests may be required in order to diagnose the underlying cause. An analysis of an individual’s cerebral spinal fluid (fluid that surrounds the brain and spinal cord) may be conducted to rule out multiple sclerosis, which can sometimes present in a similar manner to bulbar palsy. Magnetic resonance imaging (MRI) of the brain may also be performed in order to diagnose a stroke or tumor.

How do you treat bulbar palsy?

There is currently no known treatment for bulbar palsy. However, supportive treatments are used for the management of symptoms and underlying conditions. Certain medications may be prescribed to control drooling. A feeding tube can also be given to individuals who have severe difficulty swallowing. Finally, speech and language therapy may assist with difficulties in speech, chewing, and swallowing.

Additional condition-specific treatments will likely be required for individuals facing degenerative, autoimmune, or genetic diseases that resulted in bulbar palsy.

Bulbar palsy can prove to be fatal in progressive cases. Death from progressive bulbar palsy often occurs 1 to 3 years from the start of the disorder, however, it is often attributed to the development of associated aspiration pneumonia (infection of the lungs). Aspiration pneumonia often occurs in individuals with bulbar palsy as they may have difficulty swallowing and as a result, a large amount of material, or food, may enter the lungs and lead to infection.

Extensive bulbar damage may also damage the respiratory center in the brainstem, which is involved in signaling and controlling breathing. This can lead to a life threatening inability to breathe properly. Additionally, progressive bulbar palsy may advance to ALS, or amyotrophic lateral sclerosis, and prognosis is usually poor. With ALS, death of motor neurons interferes with an individual’s ability to breathe and can ultimately result in fatality.

What are the most important facts to know about bulbar palsy?

Bulbar palsy is a set of conditions that can occur due to damage to the lower cranial nerves. Clinical features of bulbar palsy range from difficulty swallowing and a lack of a gag reflex to inability to articulate words and excessive drooling. Bulbar palsy is most commonly caused by a brainstem stroke or tumor. Certain autoimmune diseases, genetic diseases, and degenerative disorders can also potentially result in the development of bulbar palsy. Treatment primarily focuses on the management of related symptoms. 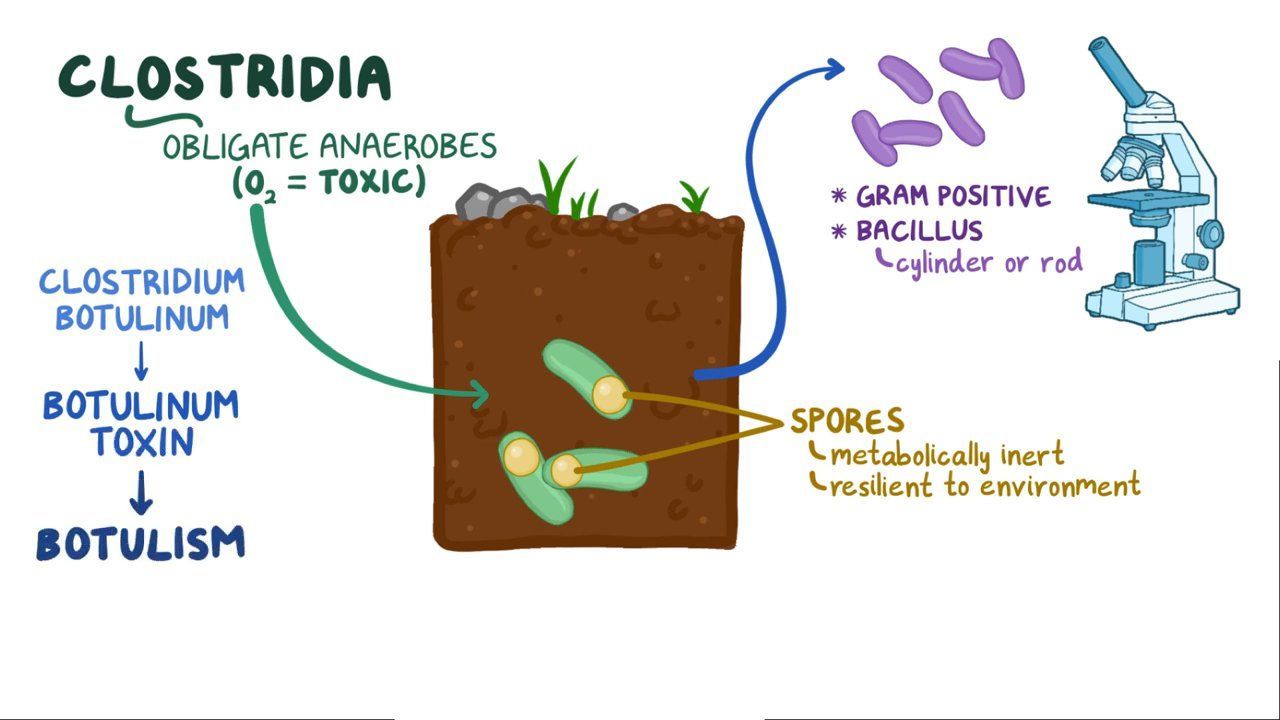 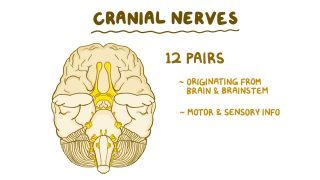 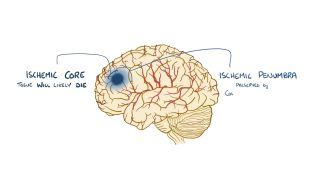