What are chromosomal aberrations? 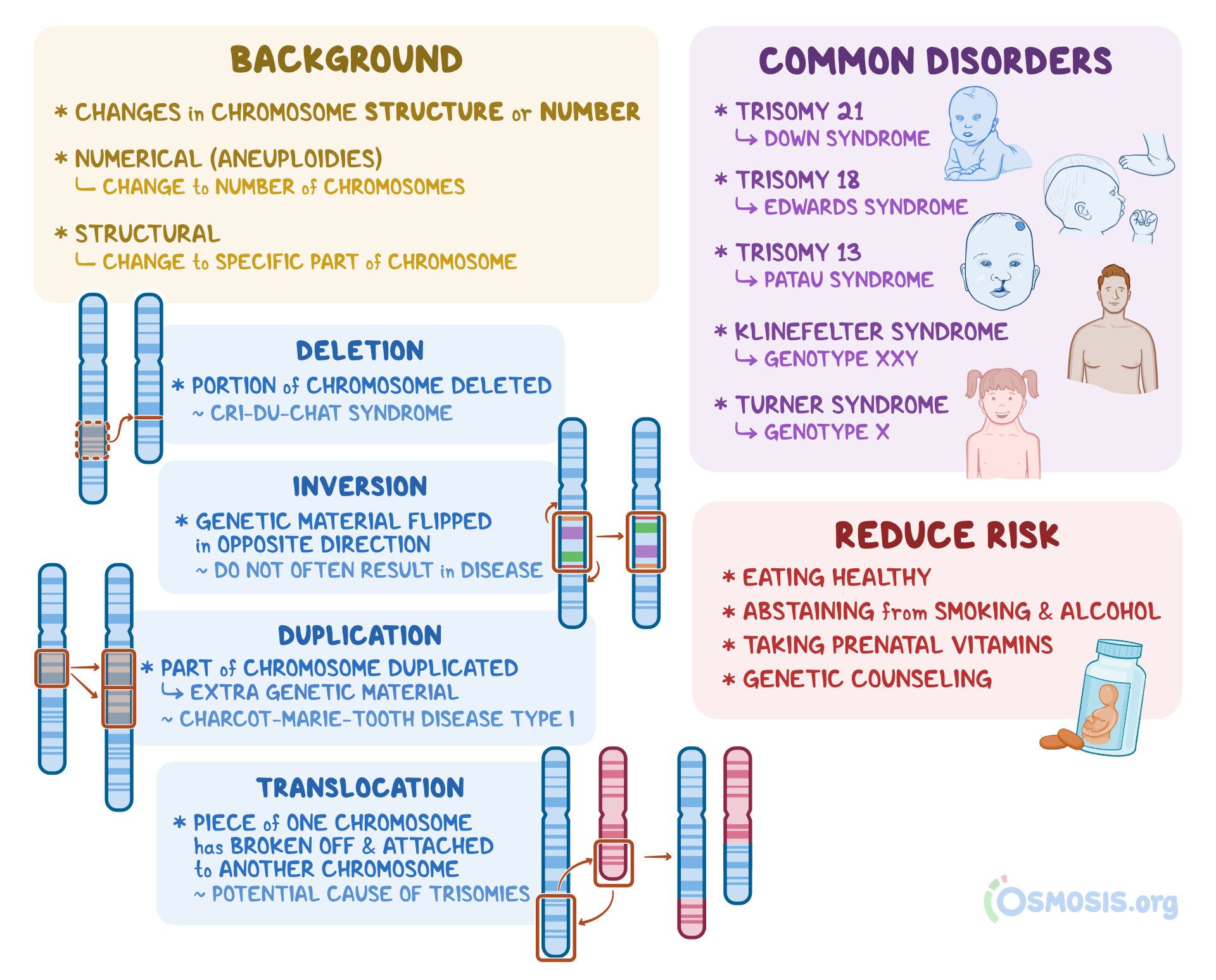 What are the different types of chromosomal aberrations?

The four main types of structural chromosomal aberrations are deletion, duplication, inversion, and translocation. Deletions occur when a portion of the chromosome is deleted, or taken out, which can make that chromosome less functional. For example, when part of a short arm in chromosome 5 is deleted, this causes Cri-du-chat syndrome, common symptoms of which are reduced head size and high-pitched crying in infants. In duplication, part of the chromosome is duplicated, resulting in extra genetic material. This occurs in Charcot-Marie-Tooth disease type I, which duplicates part of chromosome 17, causing muscle weakness. Inversion of a chromosome happens when the genetic material is inverted, or flipped in the opposite direction. Inversions do not often result in disease and most commonly affect chromosome 2. Translocations occur when a piece of one chromosome has broken off from its original location and attached to another chromosome. The most common example is a Robertosonian translocation, which results when two acrocentric chromosomes (chromosomes with arms of unequal lengths due to a non-centered centromere) lose the short arms of the chromosomes, and the two long arms consequently conjoin. Robertsonian translocations are one potential cause of trisomies.

What are the most common chromosomal disorders?

Chromosomal disorders are most commonly the result of aneuploidies and are most often trisomies. Notably, trisomy 21, or the presence of an extra chromosome 21, is the cause of Down syndrome. Down syndrome can present with a variety of signs and symptoms, including brushfield spots, which are small white/grey spots on the edge of the iris, the colored part of the eye; dysmorphic features (e.g., atypically small head or flat face); gastrointestinal problems (e.g., vomiting); cardiovascular problems; neuromuscular problems (e.g., decreased muscle tone); pale skin; fatigue; and shortness of breath.

The other two most common autosomal trisomies are trisomy 18, which results in Edwards syndrome, and trisomy 13, which leads to Patau syndrome. Edwards syndrome often presents with severe mental disability, clenched hands, a large back of the head, a small mouth, low-set ears, and rocker-bottom feet, which are characterized by large heels. Signs of patau syndrome include severe intellectual disability, a small head, small eyes, cleft lips or palate, more than five fingers on a hand (i.e., polydactyly), rocker-bottom feet, and malformation of the forebrain (i.e., holoprosencephaly). Advanced maternal age is a risk factor for all three trisomy disorders and for chromosomal aberrations in general.

Aneuploidies of the sex chromosomes can also occur, but they usually present with different symptoms than autosomal disorders. In general, the signs and symptoms of sex chromosome aneuploidies include delayed puberty, absence of menstruation, ambiguous genitalia, and infertility. The most common sex chromosome disorder is Klinefelter syndrome, in which an individual with XY chromosomes has an additional X chromome, or the genotype of XXY, and is often assigned male at birth. The other two sex chromsome trisomies are XYY syndrome and XXX syndrome. Finally, Turner syndrome is the only sex chromosome monosomy, which occurs when a person inherits only one X chromosome and is usually assigned female at birth.

Aneuploidy may result when an error occurs during meiosis. Most commonly this error is known as nondisjunction, when a set of chromosomes do not properly separate, which leaves one or two sex cells with an extra chromosome or with one less chromsome. If a sex cell affected by nondisjunction undergoes fertilization, the resulting offspring will have inherited one more or one less chromosome and may develop a chromosomal disorder.

Sometimes, chromosomal disorders are caused by mosaicism, when there are two or more different cell lines in one person. Mosaicism can occur after nondisjunction happens in a mitotic cell division during early embryonic development. This results in one line of cells with a chromosomal aberration while other lines may stay unchanged.

How are chromosomal aberrations diagnosed?

Chromosomal aberrations in offspring can often be diagnosed during prenatal screenings prior to birth. An ultrasound near the end of the first trimester or early in the second trimester can show increased nuchal translucency, which is a measure of the fluid-filled space in the back of the neck, potentially indicating trisomy 13, 18, or 21. A blood screening may also be conducted in the late first trimester to test for pregnancy-associated plasma protein A (PAPP-A) and human chorionic gonadotropin (hCG), which may indicate a chromosomal disorder if the levels are out of their expected ranges. During the second trimester, a blood sample may be taken from a pregnant woman to conduct a “quad screen,” measuring levels of inhibin A, alpha-fetoprotein (AFP), hCG, and unconjugated estriol (uE3). A combination of high or low results can indicate different types of chromosomal disorders. Outside of the traditional maternal blood screenings, the same markers may be tested more directly from samples taken through an amniocentesis, in which a sample of amniotic fluid surrounding the fetus is drawn, or through chorionic villus sampling, in which a sample of tissue from the placenta is taken.

For diagnosis after birth, a clinician may consider the infant’s signs and symptoms and may use blood samples to run diagnostic tests, such as karyotyping and fluorescence in situ hybridization (FISH). Through karyotyping, all of the chromosomes are displayed visually in order to reveal any large structural abnormalities or numerical differences. Similarly, FISH uses fluorescent probes to visualize the genetic material, which can show both structural and numerical abnormalities.

How can you reduce the risk of chromosomal aberrations?

Parents may reduce some risk of chromosomal aberrations in offspring by meeting their own nutritional needs, limiting exposure to problematic substances, and visiting a doctor before becoming pregnant. General risk reduction strategies include eating healthy, abstaining from smoking or drinking alcohol, and taking prenatal vitamins prior to pregnancy. Chromosomal aberrations are more likely to occur in pregnancies when the pregnant individual is over the age of 35. If a chromosomal disorder has been identified in a family, a healthcare provider may recommend genetic counseling to discuss different options, including assisted reproduction techniques.

What are the most important facts to know about chromosomal aberrations?

Quiz yourself on Chromosomal Aberrations 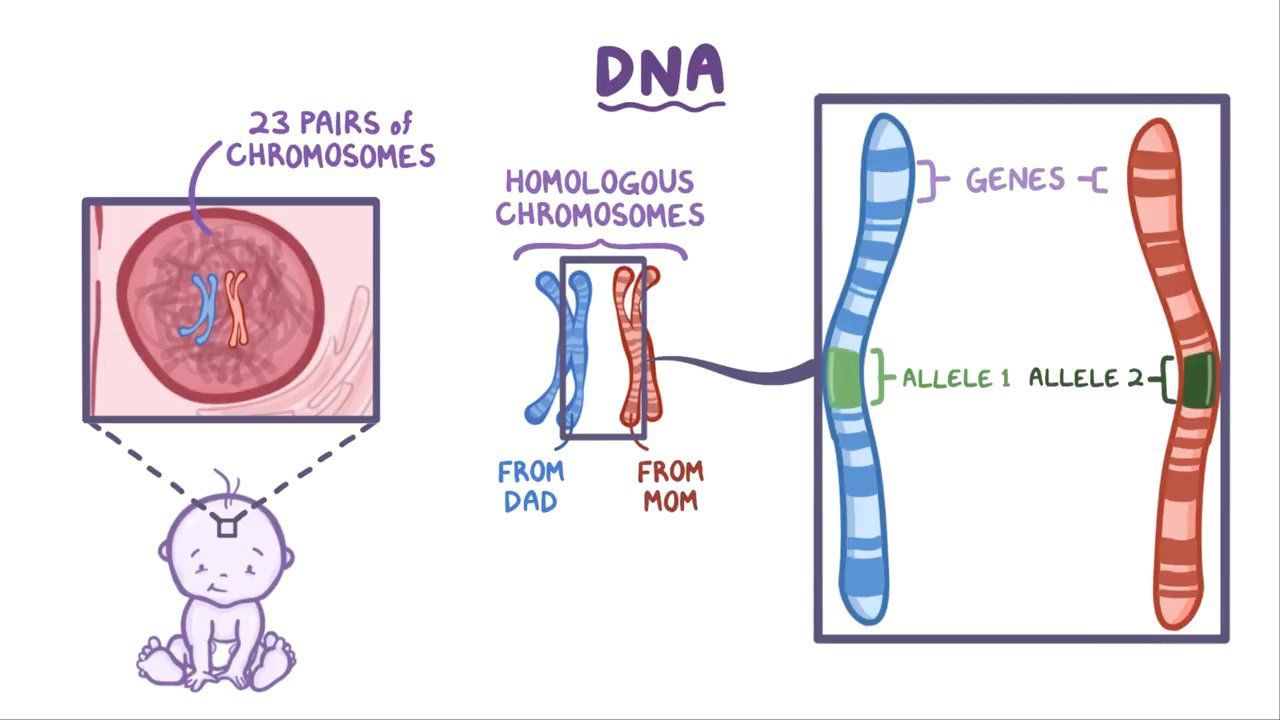 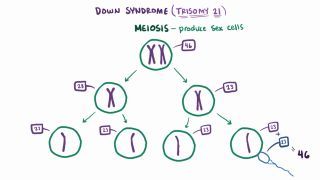 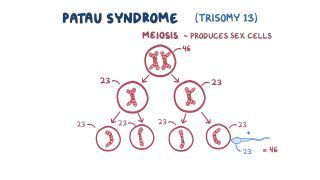 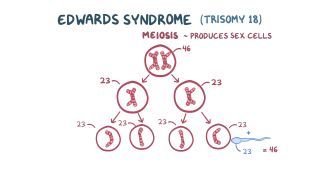 The heart & Down syndrome. (n.d.). In National Down Syndrome Society, NDSS. Retrieved from https://www.ndss.org/resources/the-heart-down-syndrome/