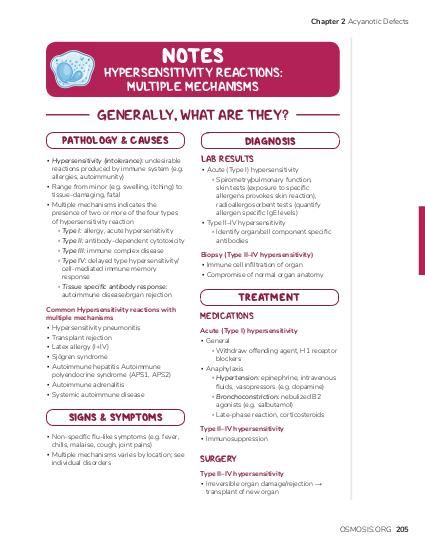 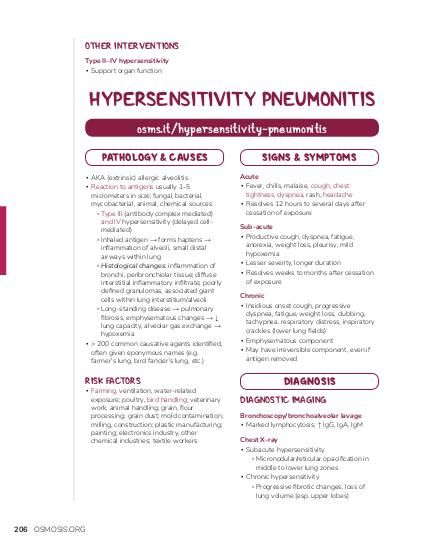 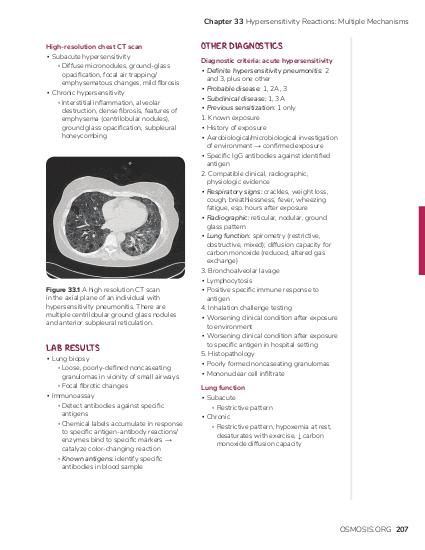 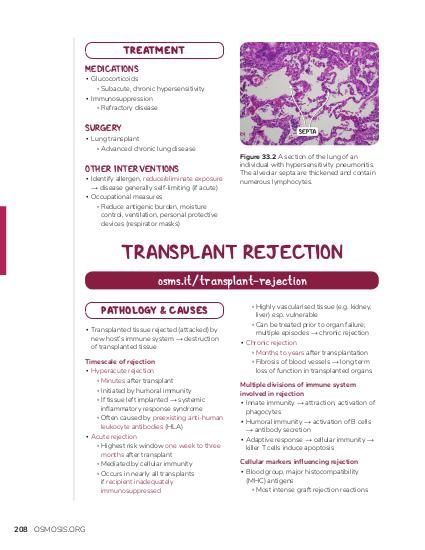 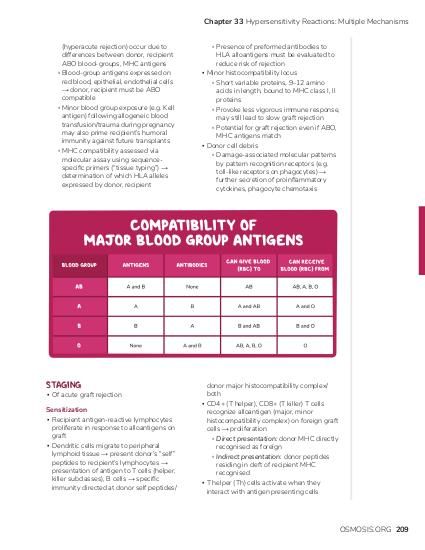 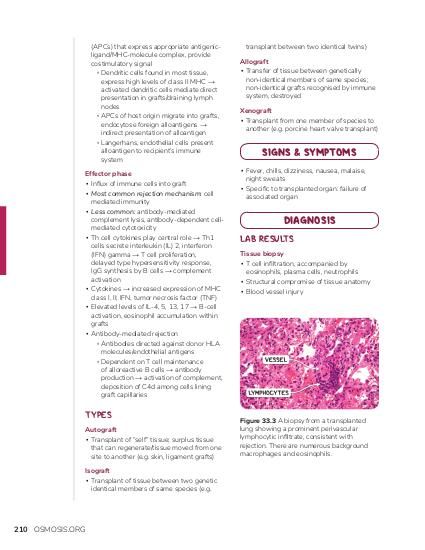 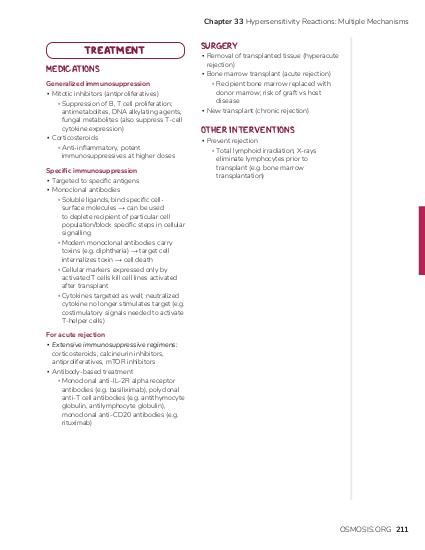 A 45-year-old woman comes to the emergency department because of gradually worsening shortness of breath and fatigue. Symptoms began 3 hours after coming home from a trip to an avian zoo with her three daughters. Past medical history is significant for childhood asthma and pneumonia (seen in emergency department 6 months ago). She denies history of smoking, alcohol, or recreational drug use. Her temperature is 38.6 °C (101.5°F), pulse is 80/min, respirations are 22/min, and blood pressure is 120/80 mm Hg. Diffuse inspiratory crackles are heard on auscultation of the lungs.

Hypersensitivity refers to an abnormal and excessive immune reaction, and pneumonitis refers to an inflammation of the lungs.

So, hypersensitivity pneumonitis is when a person’s immune system reacts excessively to something that’s inhaled, causing lung inflammation.

The lungs are made up of a collection of branching tubes called bronchioles that get smaller and smaller until they end in little air-filled sacs called alveoli.

The alveoli are like clusters of grapes, and they’re covered by nets of tiny capillaries - and that’s where gas exchange occurs.

Between the airways and the blood vessels there’s lung tissue - called interstitium, which is full of proteins and structural cells .

Hypersensitivity pneumonitis can be caused by a variety of organic antigens, from coffee bean dust, to moldy sugarcane, to bacterial spores in the mist from hot tubs. The resulting disease is often named for the profession at risk.

For instance, the most common type is Farmer’s lung, which is caused by breathing in the spores of actinomycetes that live in moist, newly harvested hay.

Sugarcane farmers might also get bagassosis, from inhaling actinomycete spores in moldy bagasse, or sugarcane fiber.

Malt worker’s lung is from Aspergillus spores from moldy barley.

Humidifier or air conditioner lung is caused by inhaling the spores of actinomycetes that grow in the warm water reservoirs of these machines.

Pigeon breeders lung is caused by breathing in proteins from bird poop or feathers, but other animal proteins, such as those from fur, can also cause the disease.

When a person inhales an organic antigen, it travels down the trachea, into the bronchi and ends up in the lungs where they settle in the alveolus. There, it gets picked up by an alveolar macrophage which takes it to the nearest lymph node,

Inside the lymph node the macrophage it presents the antigen on its surface using a MHC class II molecule, which is basically a serving platter for CD4+ T cells to come check out.

Naive CD4+ helper T cells that recognize this antigen will bind to it with their T cell receptors, and become mature, meaning they can now release a variety of cytokines that activate more helper T cells as well as B cells, and macrophages.

At this point there are two important chains of events that happen, the first chain of events leads to a type III hypersensitivity reaction, and it usually develops over a period of hours.

In the type III hypersensitivity reaction, the activated B cells start generating IgG antibodies that go into the bloodstream and bind to the organic antigen that crosses over from the alveolus into the surrounding capillaries.

Antigens typically have multiple binding sites, and each antibody can find two antigen sites, so instead of one antibody just binding one antigen, little clusters of immune complexes form.

Immune complexes get deposited in the basement membrane of pulmonary blood vessels.

Once deposited, the immune complexes activate the complement system, a family of 9 small proteins called C1 through C9 that work together to create an enzymatic cascade. That’s when one of the complement proteins gets cleaved or chopped by an enzyme, and then it gets activated and is able to cleave the next one in line.

Because each enzyme can cleave multiple proteins, this creates a huge multiplier effect, which is why it’s called a cascade.

Ultimately, little complement fragments such as C3a, C4a, and C5a attract neutrophils to the site.

These neutrophils degranulate, meaning they dump a bunch of lysosomal enzymes and reactive oxygen species into the area, and that leads to inflammation and necrosis of the capillaries as well as nearby alveoli.

In the type IV hypersensitivity reaction, large numbers of activated macrophages and T-cells come to the site of antigen exposure and surround it.