What Is It, How It Is Managed, and More

Cyclothymia, also known as cyclothymic disorder, is a chronic mood disorder that commonly presents in adolescence with large swings in mood and energy. People with cyclothymia typically experience fluctuating periods of persistently elevated mood, or hypomanic symptoms, and low mood, or depressive symptoms. Changes in mood can occur quickly and at any given time. People with cyclothymia may easily be differentiated from those with bipolar I disorder, which is characterized by manic episodes. A person who experiences hypomanic symptoms rather than manic episodes has fewer, less intense, less frequent, or shorter symptoms than those that occur during a manic episode. Cyclothymia is similar to bipolar II disorder, which is also characterized by hypomania, but the individual’s symptoms do not meet the criteria for a full hypomanic or major depressive episode. 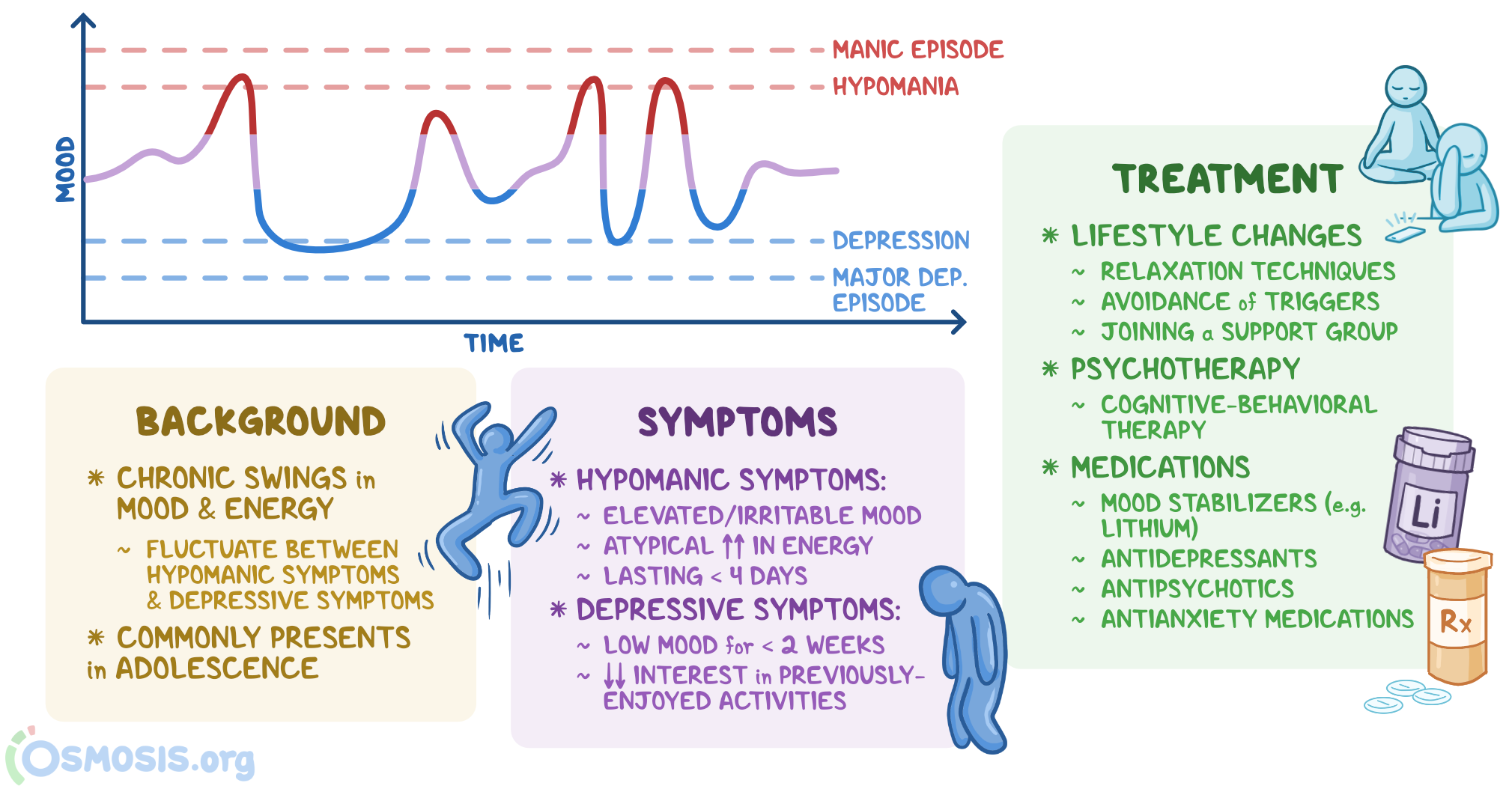 The exact cause of cyclothymia is unknown. Cyclothymia may be a result of multiple elements, including genetics, psychological factors, and environmental factors. Understanding these factors may help optimize the prevention and treatment of cyclothymia.

Genetics may play a role, as individuals with a family history of cyclothymia, depression, or bipolar disorder may be more likely to be diagnosed with cyclothymia. Some psychological features, such as a personal history of a depressive disorder, can also serve as risk factors for cyclothymia. Changes in brain chemistry and biology due to injuries, aging, or stress, as well as environmental and social factors, such as prolonged periods of stress or traumatic life experiences, may contribute to the development of cyclothymia.

Specific triggers of cyclothymia often vary from one individual to another. Significant life stress, whether in the form of traumatic experiences or chronic moderate stress, is the most common trigger. Additional triggers may include co-existing psychiatric disorders (e.g.,  bipolar disorder) and brain injury due to accidents or diseases.

What are the signs and symptoms of cyclothymia?

Symptoms of cyclothymia may include mood swings, fluctuating between emotional highs (i.e., hypomanic symptoms) and emotional lows (i.e., depressive symptoms). People with cyclothymic disorder may experience sudden mood swings at any given time, which may negatively impact their ability to function day-to-day.

Hypomanic symptoms are characterized by an unusually elevated or irritable mood, alongside an atypical increase in energy, for a short period of time (less than 4 days). Additional symptoms may include a high level of self-esteem, excessive talking, racing thoughts, an unusually strong focus on tasks and goals, physical energy and alertness despite minimal sleep, increased agitation, and involvement in risky activities.

Depressive symptoms are characterized by an abnormally low mood for a short period of time (less than 2 weeks), a decreased interest in activities the individual previously enjoyed, or both. Additional symptoms may include low self-esteem, loss of appetite, difficulty falling asleep or staying awake, fatigue, either jittery or significantly slow physical activity (i.e., psychomotor agitation or retardation), decreased ability to concentrate, and recurrent thoughts of self-harm.

How is cyclothymia diagnosed?

Diagnosis is based on the individual's symptoms and a review of their medical, personal, and family history. Since the exact cause of cyclothymia is unknown, diagnosis and treatment includes ruling out other conditions with similar symptoms based on the criteria defined in the American Psychiatric Association’s Diagnostic and Statistical Manual of Mental Disorders, 5th edition (DSM-5).

A formal diagnosis of cyclothymia may only be made in individuals who have experienced distressing or impairing symptoms over a period of at least 2 years, at least 50% of the time, without being symptom-free for more than 2 months within those 2 years. In contrast, symptoms must be present for at least 1 year in children and adolescents in order to meet diagnostic criteria. For individuals of any age, the symptoms must never last long enough or be severe enough at any time to meet criteria for a hypomanic, manic, or major depressive episode.

For example, a hypomanic episode consists of at least 3 mood or behavioral symptoms experienced for 4 days to 1 week to the degree that they impact the individual’s functioning, but they are not severe enough to cause impairment or warrant hospitalization. A manic episode also consists of 3 or more symptoms, but the symptoms last for at least a week, they are severe enough to impair the individual, they may require hospitalization, and psychotic symptoms may be present. Depressive symptoms are considered a major depressive episode if at least 5 symptoms present together for at least a 2-week period. When the number, severity, and duration of the individual’s symptoms add up to any of the 3 types of episodes, a clinician should determine whether the individual’s symptoms fit a diagnosis of bipolar II disorder, bipolar I disorder, major depressive disorder, or a different disorder, rather than cyclothymia.

In addition, physical examination and laboratory tests, such as blood or urine samples, may be required to rule out the influence of other medical conditions, such as Cushing’s disease. Diagnosis must also exclude the possibility that the symptoms are a side effect of medication or substance use.

How is cyclothymia treated?

Since the symptoms of cyclothymia are less severe or pervasive than those experienced during a hypomanic or manic episode, individuals may not initially seek treatment. In individuals who seek treatment, symptoms of hypomania may not be recognized at first, resulting in treatment of other conditions instead, such as unipolar depression. If left untreated, cyclothymia can increase the risk of developing bipolar disorder. The treatment of cyclothymia usually depends on the severity of the condition, the medical history of the individual, and the individual’s preferences. Treatment is focused on mood stabilization and helping individuals cope with their condition, which may involve lifestyle approaches, psychotherapy, and medications.

Lifestyle approaches that may be recommended include relaxation techniques, such as meditation or deep breathing, avoidance of specific cyclothymia triggers (e.g., stressful situations or negative social interactions), and joining a cyclothymia support group.

Psychotherapy treatment options commonly include cognitive behavioral therapy (CBT) under the supervision of a qualified mental health professional. CBT focuses on exploring and adapting the individual’s mental, emotional, and behavioral response to situations that could trigger or contribute to mood swings, in order to reduce the negative impacts of their symptoms.

There are no medications specifically approved for the treatment of cyclothymia. However, some healthcare professionals may prescribe mood stabilizers, such as lithium, to optimize symptom management. Antidepressants (e.g., sertraline), antipsychotics (e.g., quetiapine) and antianxiety medications (e.g., clonazepam), may also be prescribed separately or in combination with other medications to better manage symptoms of cyclothymia.

Can cyclothymia be cured?

Symptoms of cyclothymia may be treated, but cyclothymia itself typically does not resolve completely. For many individuals with cyclothymia, treatment involves long-term management and care. However, symptoms can significantly decrease, with cyclothymia causing little distress or impairment, for those who receive appropriate treatment and support.

What are the most important facts to know about cyclothymia?

Cyclothymia is a chronic mood disorder characterized by significant swings in mood and energy. People with cyclothymia experience fluctuating periods of elevated and low mood, with very short periods without mood or behavioral symptoms. Since the exact cause of cyclothymia is unknown, a diagnosis is based on an evaluation of the individual’s symptoms and history, while ruling out other psychiatric and medical conditions and considering various risk factors and triggers that may be contributing to the onset of symptoms. Recognizing specific triggers may help optimize diagnosis, prevention, and treatment strategies.  Management of cyclothymia may involve lifestyle approaches, psychotherapy, medications, or a combination of treatments. In general, managing cyclothymia is not a simple process, but an individual may be able to reduce the negative impact on their life with appropriate treatment and support.

Quiz yourself on Cyclothymia 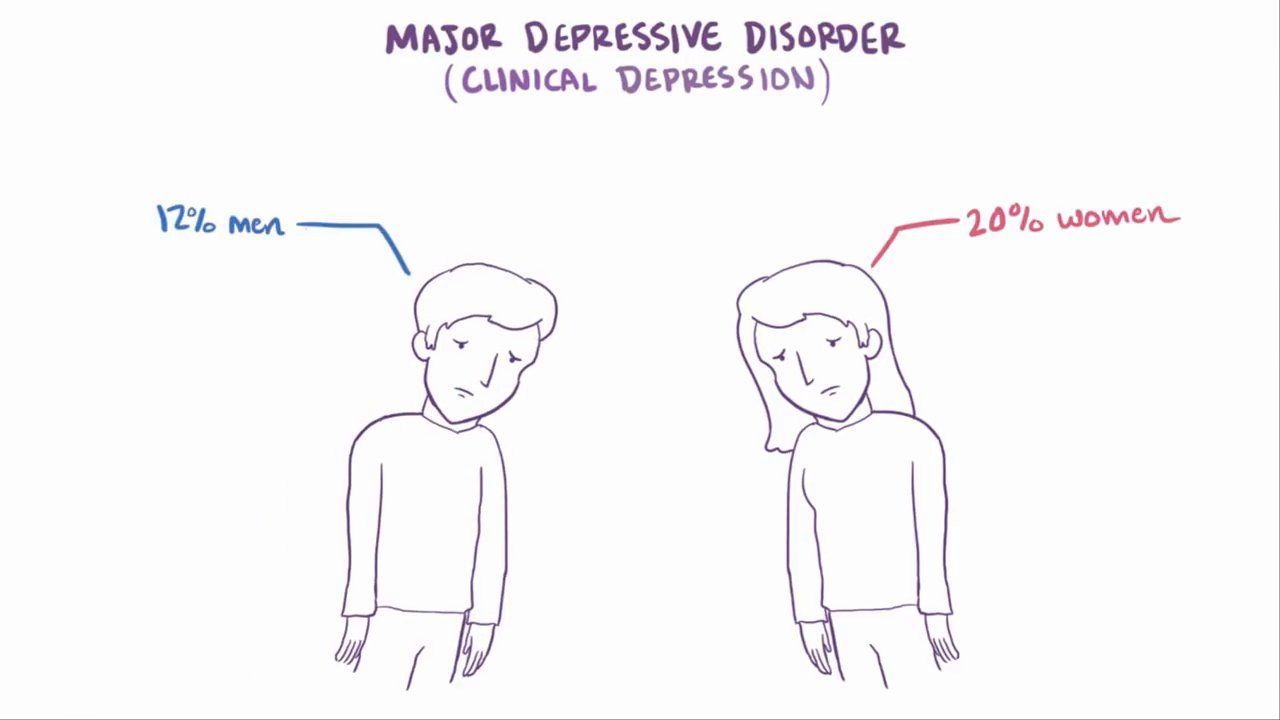 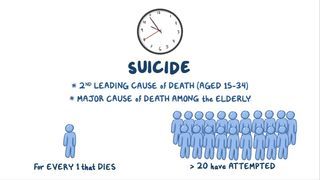 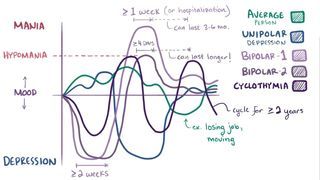 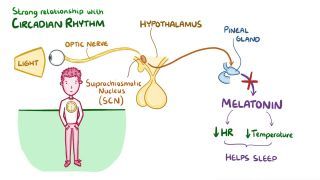 Canadian Mental Health Association, BC Division. (2017). What is cyclothymic disorder? In HeretoHelp: Q & A.  Retrieved March 14, 2021, from https://www.heretohelp.bc.ca/q-and-a/what-is-cyclothymic-disorder