What Is It, Causes, Signs and Symptoms, and More

What is Fournier gangrene?

Fournier gangrene is a necrotizing fasciitis involving the genital areas and perineum and is considered a surgical emergency. Necrotizing fasciitis, also known as the flesh-eating disease, is a severe, life-threatening bacterial infection of the soft tissues underneath skin, resulting in the destruction of the subcutaneous fat and underlying skeletal muscle fascia. Fournier gangrene typically occurs secondary to an infection of the genital area or other nearby organs, like the urinary tract or skin. Fournier gangrene is typically polymicrobial (i.e., more than one bacteria). Microbes that are often involved include Gram positive bacteria, like Streptococcus pyogenes and Staphylococcus aureus; Gram negative microorganisms, such as Escherichia coli and Klebsiella; as well as anaerobic bacteria like Clostridium perfringens. There are various factors that can increase the risk for Fournier gangrene, such as a weakened immune system (e.g., diabetes mellitus, alcohol use disorder, obesity, use of corticosteroids, or chemotherapy), a recent history of surgery, or trauma to the perineum or scrotum. Finally, Fournier gangrene tends to occur more commonly in those assigned males at birth.

What are the signs and symptoms of Fournier gangrene?

Signs and symptoms include severe pain, erythema, and swelling of the affected area. In those assigned male at birth, Fournier gangrene most commonly involves the scrotum and penis, whereas in those assigned female at birth, there is usually involvement of the labia. The overlying skin can be tense or indurated, and might develop red or violet-colored patches. Another sign of Fournier gangrene is crepitus upon palpation, which is a crackling sound when touched, caused by bacterial production of gasses, like methane and carbon dioxide, beneath the skin.

Over the course of a few days, the skin can break down, giving rise to bullae (i.e., large blisters containing serous fluid) or ulcers. This may quickly progress to gangrene, or death of the tissues, which manifests as a hard, dry texture of the skin, often with a clear demarcation between the viable tissue and the black, necrotic tissue. In addition, the individual might present with signs of systemic toxicity, such as high fever, hypotension, tachycardia, and altered mental status.

How is Fournier gangrene diagnosed?

Diagnosis of Fournier gangrene starts with a thorough patient history and physical examination, followed by laboratory and imaging tests. A skin swab and blood cultures can help identify a specific causative pathogen. Other tests include a complete blood count (CBC) to monitor the individual's white blood cell count; C-reactive protein level, an inflammatory marker, which typically increases in infection; and liver and kidney function tests which may be affected. An X-ray can also be conducted when bone involvement is suspected. An ultrasound or a CT scan is often ordered as well to identify the tissues involved and the severity of the infection. However, diagnosis is almost always confirmed with exploratory surgery and thus, surgery may be performed while awaiting other test results.

How is Fournier gangrene treated?

Fournier gangrene is a surgical emergency, therefore, individuals must be immediately sent for surgical debridement to remove the necrotic tissue. Prompt administration of broad-spectrum intravenous antibiotics, such as imipenem, piperacillin-tazobactam, ciprofloxacin and clindamycin, is also typically required. In individuals presenting with systemic toxicity, resuscitation with intravenous fluids and supplemental oxygen need to be initiated as quickly as possible. Hyperbaric oxygen therapy (i.e., inhalation of pure oxygen in a pressurized room), which acts by inhibiting the growth of anaerobic bacteria, can also be used. Reconstructive surgery may also follow to repair the anatomy of the affected area. If left untreated, Fournier gangrene has a high mortality rate.

What are the most important facts to know about Fournier gangrene?

Fournier gangrene is a necrotizing fasciitis affecting the genital area and the perineum. It is typically a polymicrobial infection involving Streptococcus pyogenes, Staphylococcus aureus, as well as anaerobic bacteria. Risk factors include conditions that suppress the immune system, as well as any history of trauma or surgery of the area. Diagnosis starts with patient history, clinical presentation, laboratory and imaging tests, but it is confirmed with exploratory surgery. Management of Fournier gangrene requires prompt treatment with surgical removal of the dead tissues, antibiotics, resuscitation, hyperbaric oxygen, as well as reconstructive surgery, if needed. 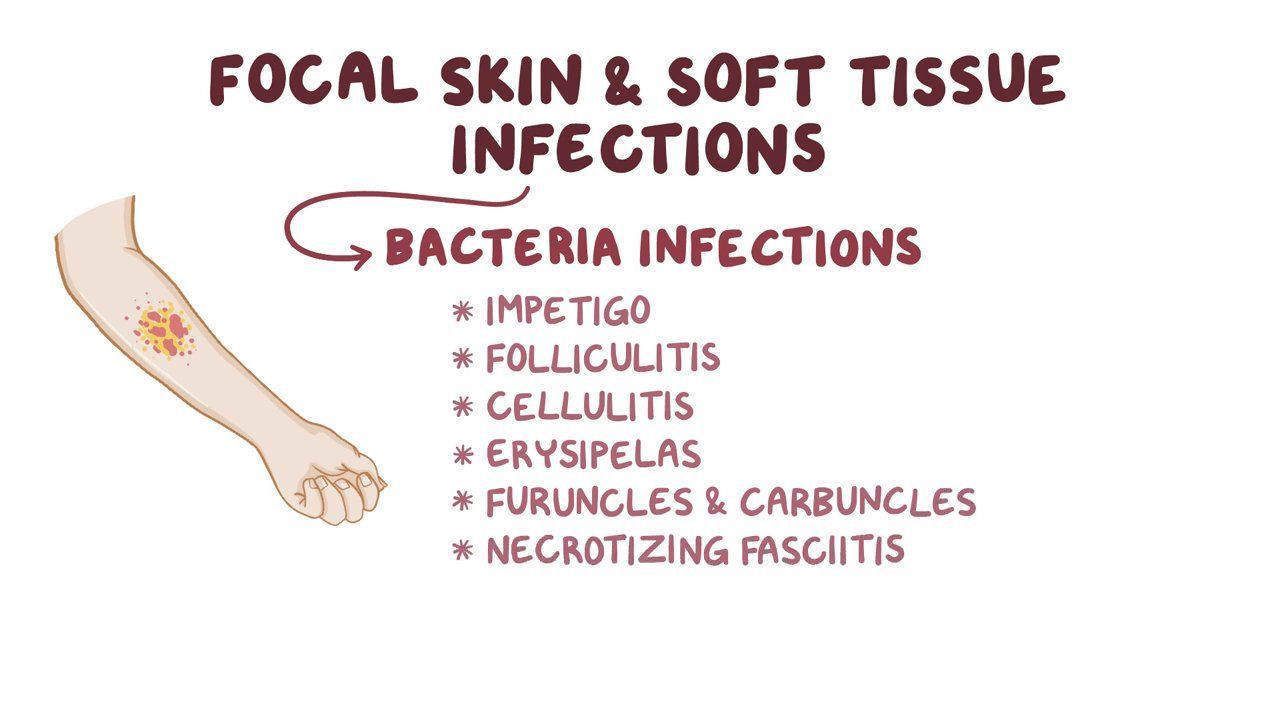 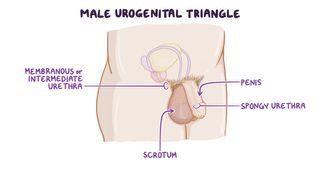 Anatomy of the male urogenital triangle

Ratini, M. (2021). What is Fournier Gangrene? In WebMD. Retrieved May 18th, 2022, from https://www.webmd.com/diabetes/what-is-fourniers-gangrene