What It Is, Causes, Signs, Symptoms, and More

What is pernicious anemia? 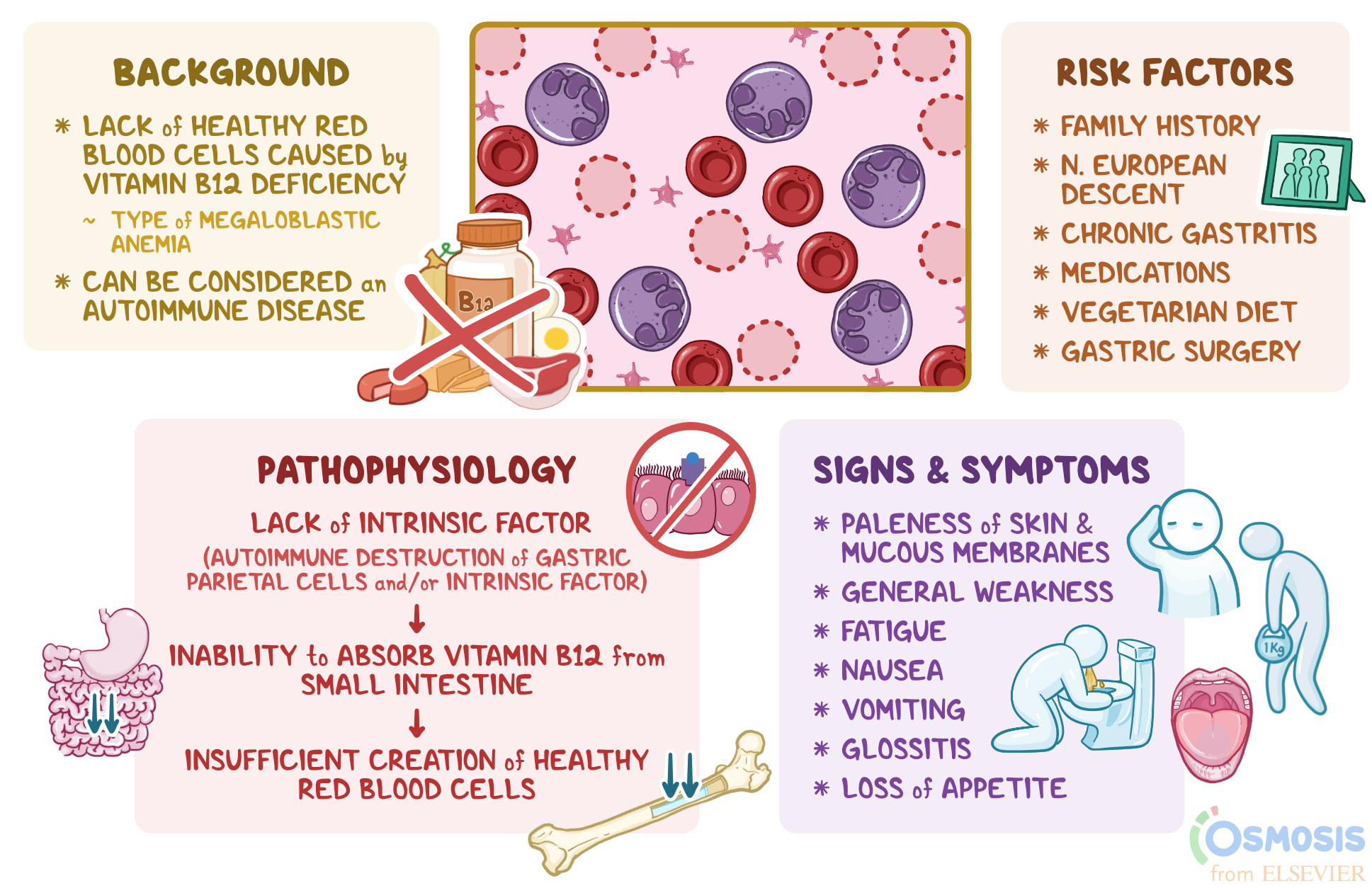 Pernicious anemia is more common in those individuals who have a family history of pernicious anemia, as well as those of northern European descent. Other common causes of a vitamin B12 deficiency anemia can include chronic gastritis; taking certain medications, like antacids or metformin; following a strict vegetarian diet; and gastric surgery that removes or bypasses part of the small intestine.

Is pernicious anemia an autoimmune disease?

What are the signs and symptoms of pernicious anemia?

Signs and symptoms of pernicious anemia can include paleness of the skin and mucous membranes, general weakness, fatigue, nausea, vomiting, glossitis (i.e., a swollen tongue), and a loss of appetite. Individuals who have experienced a low vitamin B12 level for a long time may present with signs and symptoms of nervous system damage which can include short-term memory loss, confusion, depression, imbalance, irritability, as well as numbness and tingling in the hands and feet. Individuals with severe pernicious anemia will usually present with shortness of breath, dizziness, and tachycardia.

How is pernicious anemia diagnosed?

Pernicious anemia diagnosis is based on medical and family history, physical examination, and a variety of blood tests. The healthcare provider will typically check a complete blood cell count blood test (CBC), which measures the amount of hemoglobin and hematocrit in the blood. A decreased level of both hemoglobin and hematocrit typically indicates that anemia is present. However, since there are several different types of anemia, other blood tests are conducted to distinguish the exact type of anemia. These blood tests can include a reticulocyte (i.e., immature red blood cells) count, peripheral blood smear, folate levels, iron levels, total iron-binding capacity, vitamin B12 levels, as well as auto-antibody presence in the blood.

How is pernicious anemia treated?

Treatment for pernicious anemia depends on the underlying cause, but generally includes interventions that are aimed at increasing the vitamin B12 level in the body. Therefore, treatment usually consists of either oral or intramuscular vitamin B12 supplements depending on the severity of the pernicious anemia. Some individuals may only require vitamin B12 supplements, and advice to start eating foods high in B12. In some cases, daily, weekly, or monthly intramuscular injections of vitamin B12 may be required.

What are the most important facts to know about pernicious anemia?

Quiz yourself on Pernicious Anemia 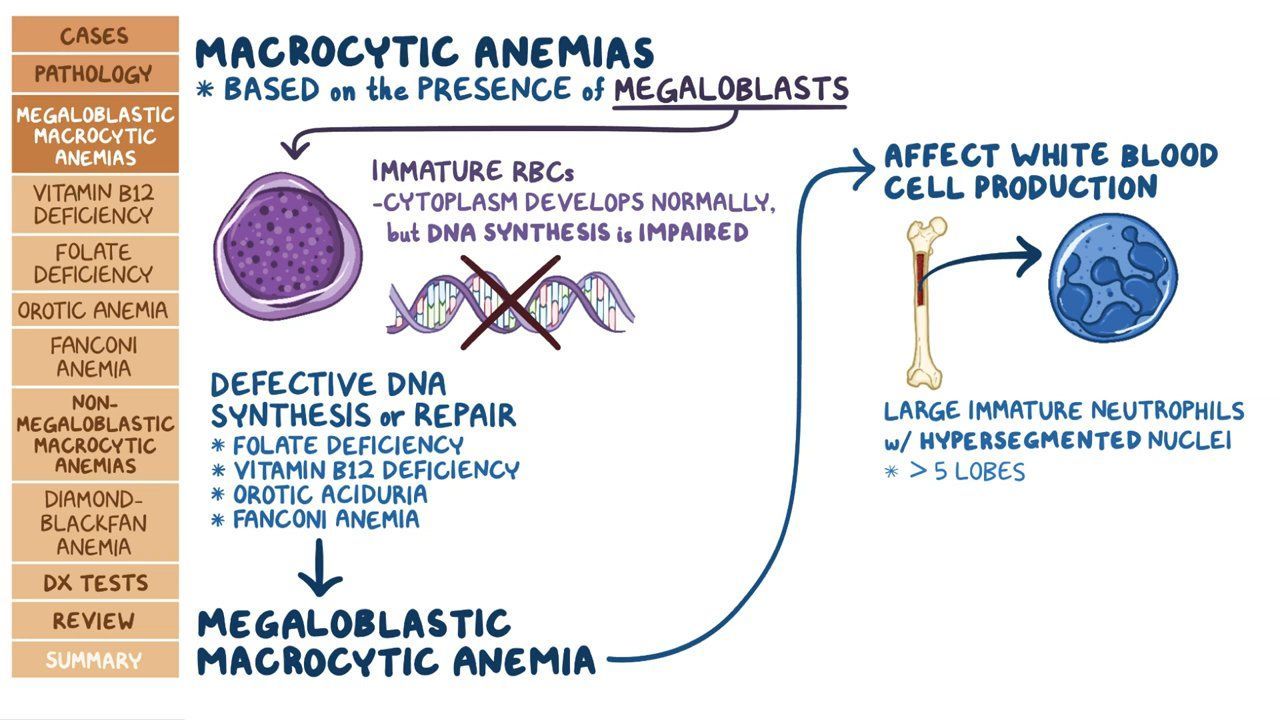 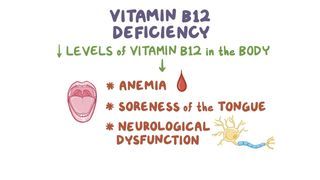 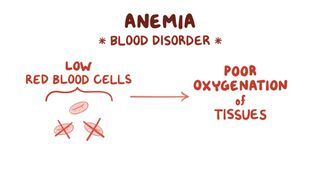